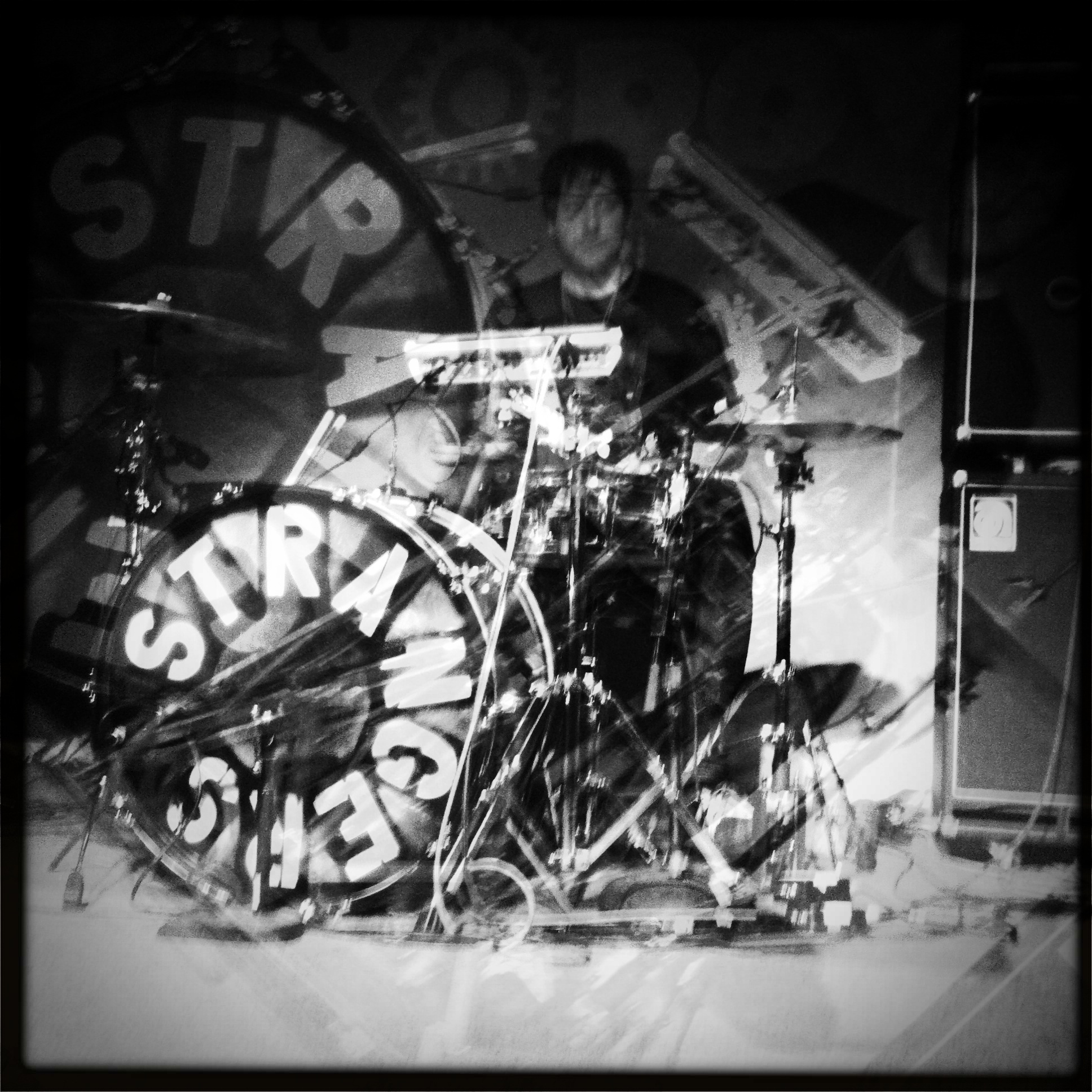 I’m sitting on the edge of I10 and 18 wheelers are flying by me. My hands are on my face as I look at the glow of red and blue in the mirror.

The fuzz got me again.

But this time, I got off with a warningâ€¦but I had to give the cop my number. Is that normal? Don’t answer that, I don’t care.

Korova is a former coffeehouse current venue in downtown San Antonio. Since I’m just a tad of A Clockwork Orange fanâ€¦I’m slightly disappointed they don’t play up the namesake decoratively speaking as I walk in.

I was excited because not only would I be seeing one of my favorite’s tonight, but I’d finally meet in person someone who I’ve known online for years!

Hooray For Earth are a perfect fit for opener for APTBS. Fuzzy, electronicâ€¦but the difference is that some of their songs have a reaggae vibe going on. It’s the kind of music I can dance to. Their four members share duties across a multitude of guitars, tams, keys, and drums. The vocalist gives off a sad angry vibe though….a bit of a mismatch for the music at times. Their stage presence could be more dynamic….especially with a crowd of folks who know what is about to come. 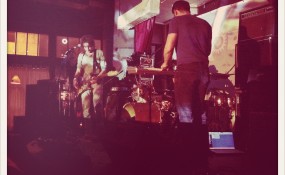 At this point in my three or so years of seeing A Place to Bury Strangers, there’s honestly not much more I can write about them. Guitarist Oliver Ackermann was sporting a handlebar mustache, Jay Space, a broken collarbone, and Dion, an MO to take my head off with his bass. I’ve seen APTBS quite a bit by myself so it was nice to have the Texas contingency line the stage. There was a moment when Jay Space lost his sticks and Oliver picked them up for him and J Space blew him a kissâ€¦aww cute. Towards the end of the set, awash in the fuzz of the sound and lights, all I could think of was this scene from Willy Wonka: 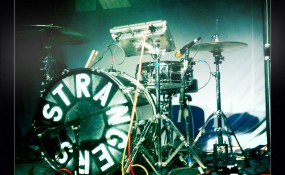 And then at the end, when I was encased in fog and strobes thinking about how last time I had to listen to Ocean from the ladies because I fainted, the frets of Dion’s bass appeared in my face in a very threatening manner, and then split my friend and I apart, and kept coming until I realized that the bassist was about to come off the stage, where he proceeded to play on the floor behind me.

I love this band so much.

Tags: a place to bury strangers,hooray for earth,korova
Preview post

Author HardRockChick 6
It was supposed to be the show of the year. After a 16 year hiatus, My Bloody Valentine was coming to make many a...
Read More
My Musical Adventures

Author HardRockChick 8
Fucking awesome. The end. Kidding. I will remain surprised as to how many people are unfamiliar with Saul Williams. And some of those who...
Read More
My Musical Adventures