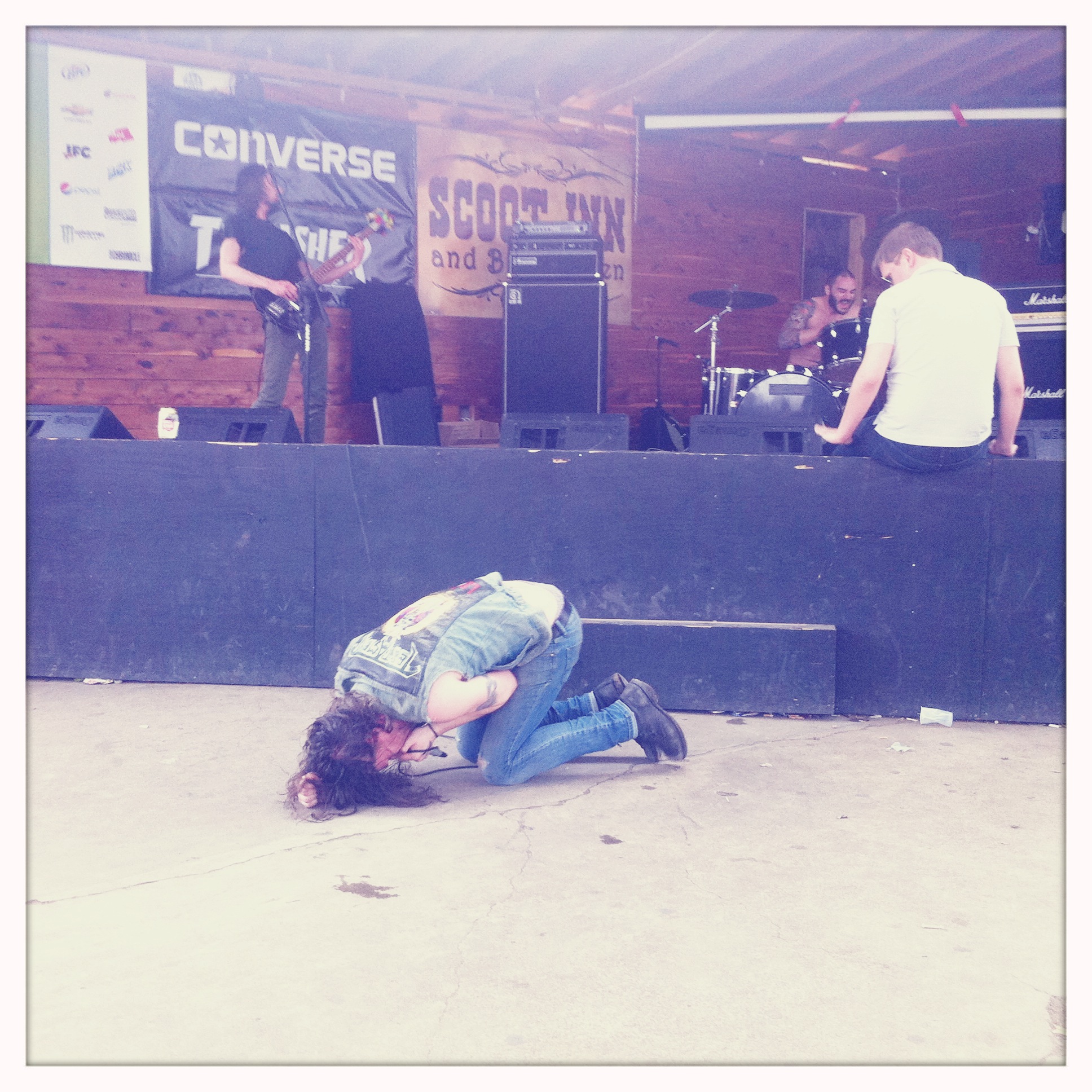 As I parked my car and reached the 6th street masses to begin this year’s SXSW adventure, I felt a pain.

Last year, my mom had been an integral part of my SXSW experience.

Looking back, I think it was probably when she started feeling off, before she got really sick and we discovered she had pancreatic cancer in very early June. Because from the moment I stepped off the plane for SXSW last year, she was at my side, making sure I ate and shuttling me to and from downtown and staying with me in my hotel room. It would be the last time I spent with her while she was well.

I shook off the waves of sadness while I walked to a quick meeting at Frank’s with one of the GRAMMY social media people, where the conversation turned to NIN at one point and I discovered the person with her happened to work with the people responsible for the Year Zero ARG. She told me about seeing Jack White play on the street earlier in the week….something I looked for but never came across.

As I walked to the east side, I passed the most incredible line I’ve ever seen for the wristband pick up.

It was at least 3x this long: 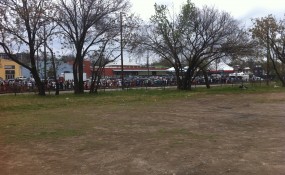 One more reason not to get a wristband.

I had never even heard of Scoot Inn before SXSW. It turned out to be the perfect, distinctly Austin venue. With an outdoor stage and an indoor stage, a skateboard ramp and plenty of nooks to hang out in, it even sported a food truck where you could get a cauliflower salad to eat with your Lone Star. 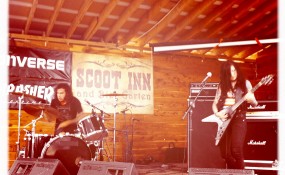 It was perfect timing as Dark Castle was just finishing setting up. I had missed them at last year’s SX, so it had been two years since I last saw them. It was a great kick off. Like Black Cobra, it’s astounding how much sound Dark Castle can make. I got lost somewhere between her growls and and his hits. It was daylight and it was warm and I was drinking a cold beer. Out of the corner of my eye I could see skaters’ hair whip as they rolled through the curve of the ramp. I was surrounded by people who were at the tail end of interactive and had been partying all week, and those that had just hopped off a plane and were wrought with anticipation of the weekend ahead. Dark Castle’s doom may have been heavy in the air, but I felt hopeful. 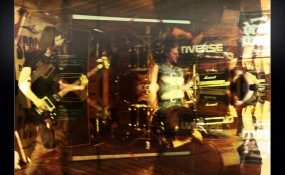 I thought I was going to be alone most of this day, but I ran into a friend immediately. We went inside to check out a band between sets, but reconvened outside once Gay For Johnny Depp began. I had never even heard of this band until they popped up in my NIN news alert about a month ago, for their song, Nine Inch Males. And then they came up again when several blogs commented on weird band names at SXSW this year. I honestly thought they were going to be some gimmicky thing, but it turned out that I found their performance to be one of the more entertaining of the fest. 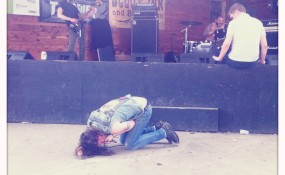 The vocalist is completely out there, challenging the crowd verbally and physically. He was off the stage a lot as the band played their hardcore punk for us. I was watching, thinking, ‘what will he do next?’ It felt like a very authentic and weird set…which is actually a good combination in my book. As the set ended, I turned around to leave and a woman with her baby in her arms with tiny pink camo over the ear protection on asked, “who was that?!” and I think she was confused by the name when we told her.

Author HardRockChick 0
I caught myself peeking out the window to see if it was dark yet. I spent all weekend in a self-imposed solitary confinement- on...
Read More
My Musical Adventures