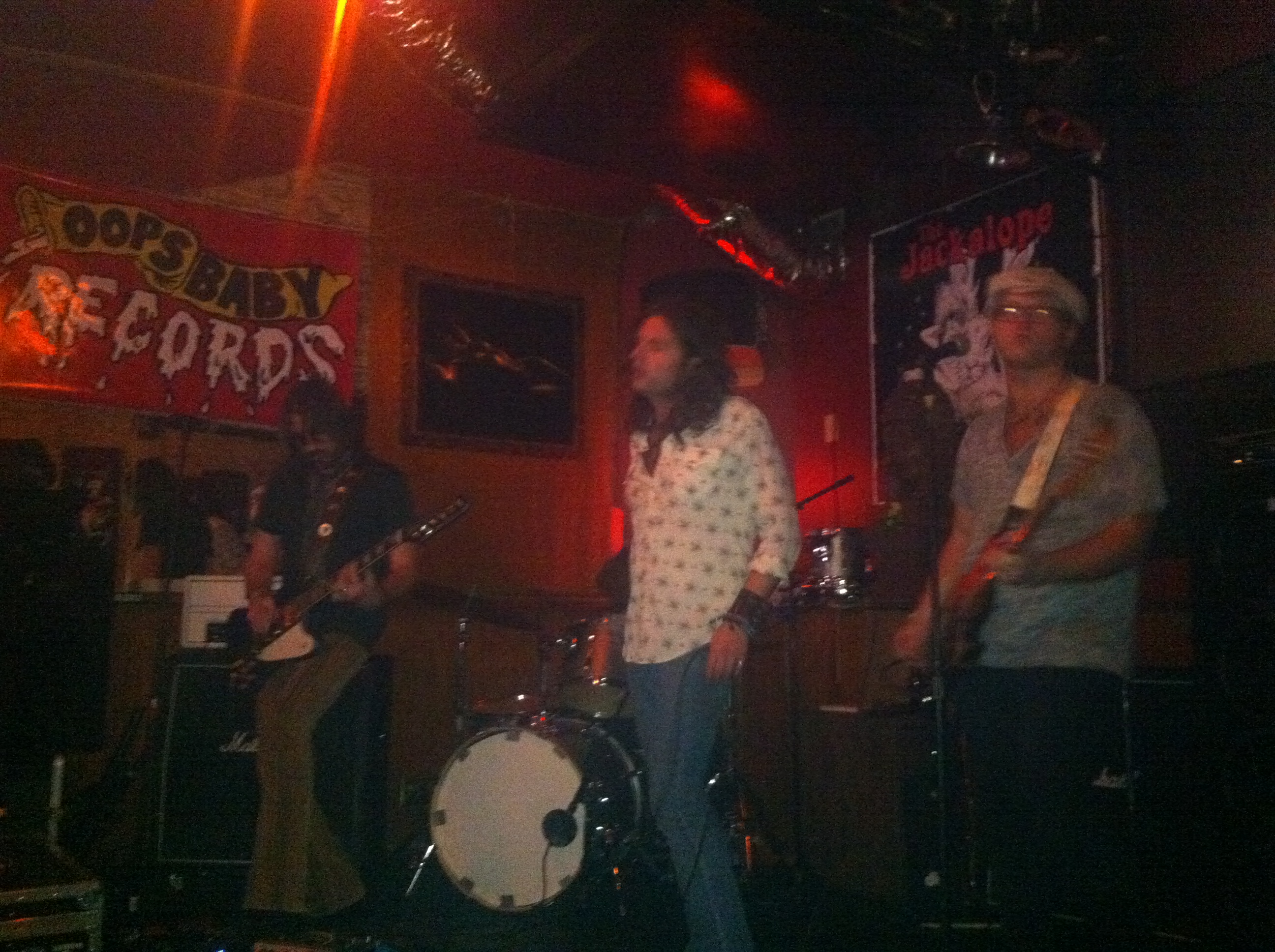 I’d been receiving press releases for Rival Sons for a couple months, and was really digging their classic rock ‘n roll sound. I was very excited that they were playing several shows at SXSW, and they were one of the bands I HAD TO see.

And after two misfires- one trek to the wrong venue and one time right, day wrong experience- I was finally going to see them.

It was 12:30p on Saturday. I’d slept for a couple hours and it was the final day of the festival for me. I’m walking into the Jackalope and the guy at the door asks me if I’m here to have a drink or get food. I give him a funny look and tell him I’m here for the MUSIC. 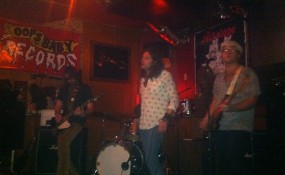 I lean against the bar and wait for the band to come on. It’s dimly lit and the space is decorated with velvet paintings of voluptuous nude women. Everyone around me is already drinking.

The band is setting up, and I notice their classic rock attire and feel at home. I listen to a lot of metal…industrial….hip hop……and I love it, but nothing is more ‘me’ than straight up rock ‘n roll. I listen to Zeppelin almost every day. I was born a few decades too late.

Rival Sons may be a band that some would call derivative….but you cannot deny the talent. I was already primed to like them, but I fell in love right then and there, 15 seconds into the first song. Every member of the band has that lost rock ‘n roll mystique, evident even in a place where people were watching sports and eating hamburgers in the next room.

But what really got me was the voice of Jay Buchanan. It’s been a long time….I can’t even remember when this has happened with a new band…..but at one point my eyes got glossy I was so moved. It was probably during the song ‘Soul’. I felt transported and understood.

Author HardRockChick 4
This particular Friday evening was one of those SF nights that occurs every few months, where there are 10 different great things going on...
Read More
My Musical Adventures