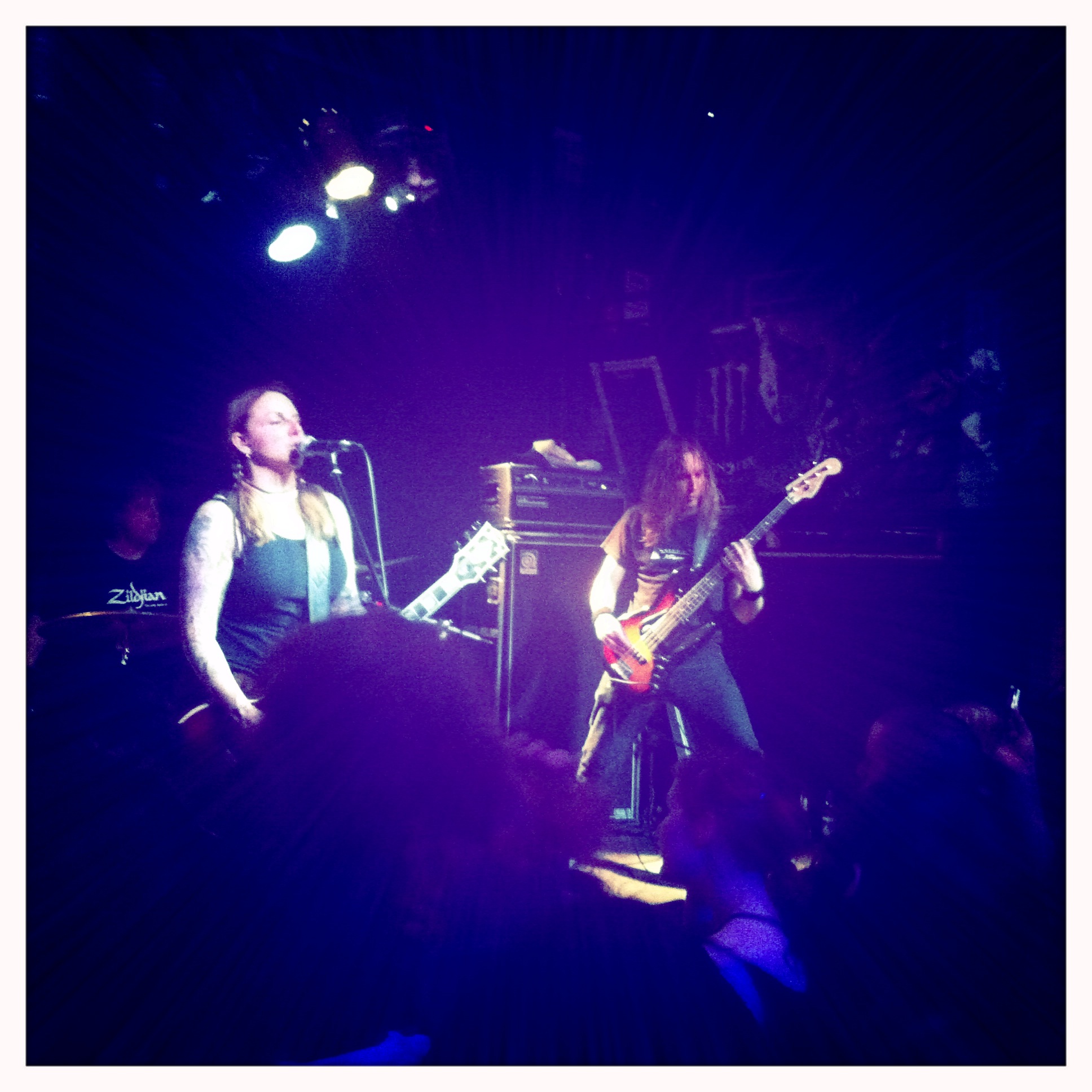 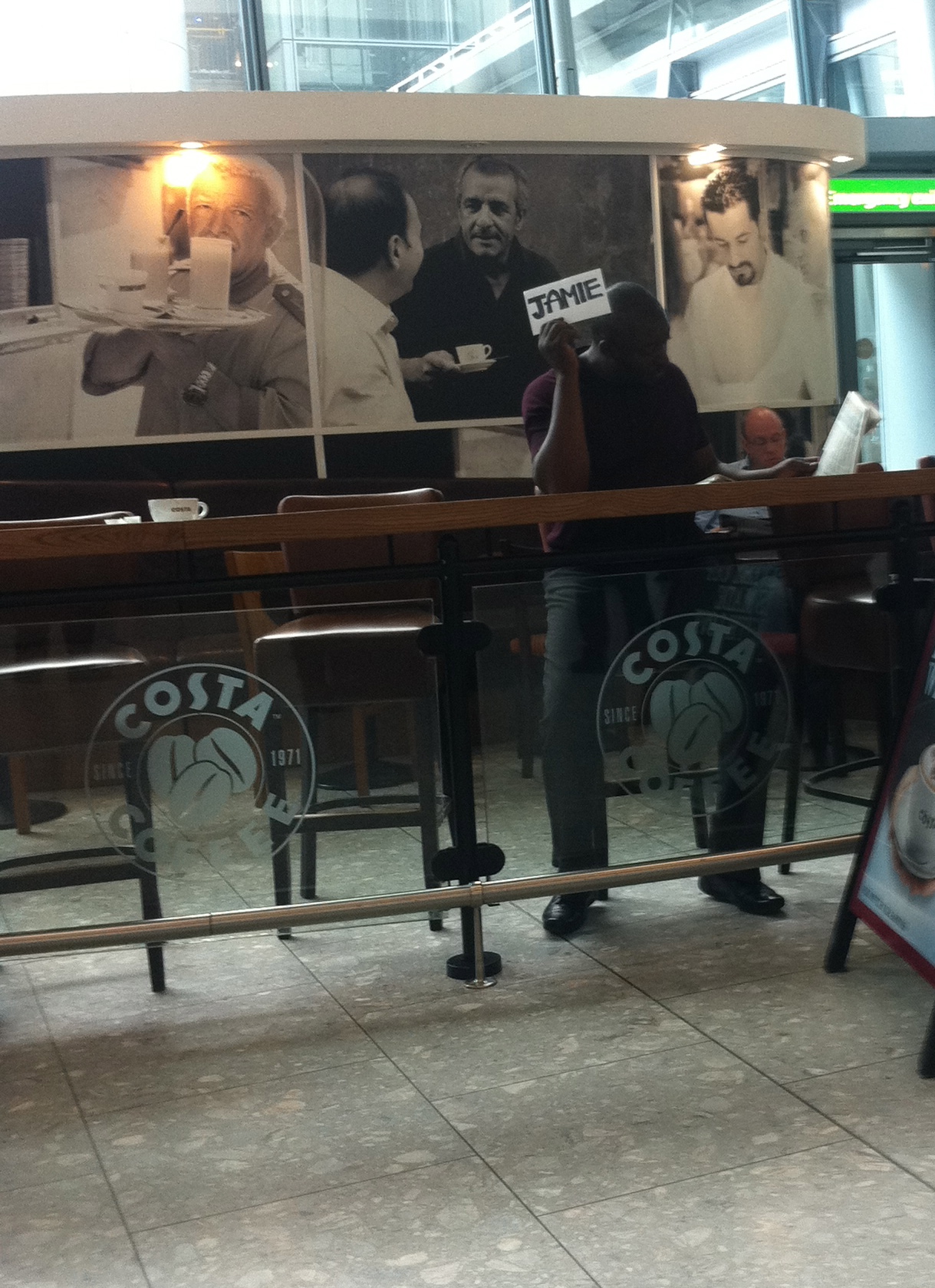 When I stepped off the plane, English seemed like a foreign language. Two and a half weeks navigating foreign lands….it doesn’t sound like much, but when you go nonstop like me, I felt like I deserved a medal….and some metal.

Well, I did get a medal of sorts, because my friend who I stayed with in London let me use her driver! METALLLLLLLL!

But before I knew it I was back to navigating the subway toward my first music nerd adventure: ABBEY ROAD!

Yes, I am going the opposite way that they were in the infamous album cover…this is an intentional maneuver (counterculture!) and also because it is somewhat difficult to get a pic there without getting run over by a car. It must be DAMN ANNOYING to live in that neighborhood. 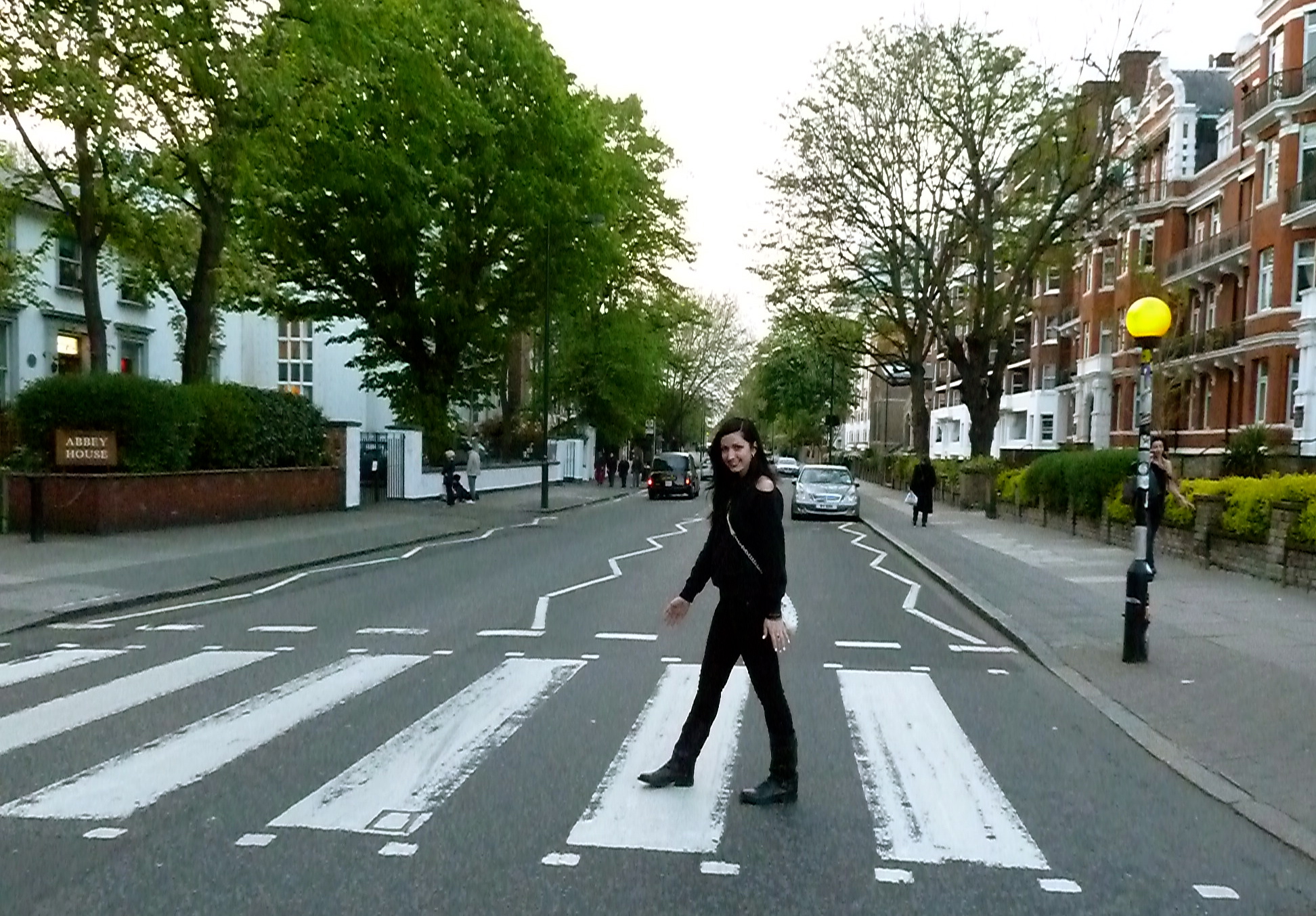 The venue for the night was only 2 miles away or something, and I had time to kill, so I walked…because that’s what I do. Well, I went through some hoity toity neighborhood to get to the park that I would walk through to get to Camden…and a security guard was patrolling the street full of Lambos and what not, giving me the evil eye like I’m gonna break a window or something. This would be the first of many times this would happen to me….a lot of London is sooooo pretentious and people will stare like crazy if you do not look like you stepped out of a J Crew catalog. Except for when I turned the corner into Camden.

The street is lined with Thai restaurants, odd shops, and boys with guitars strapped to their backs. Everywhere. I was home, for the night at least. I easily found the Purple Turtle, which is a pretty established metal venue in the city. It is also a sweatbox with an odd layout, but it made up for it in charm.

A band was finishing on stage, and when they left, I was offered a drink by a local who happened to have been around in the music industry for years, and quickly started dropping names that perked my ears up….Zeppelin….Gavin Rossdale….Boy George (come on!). I got to listen to some interesting stories while the next band went on, who he had some connection with and proceeded to coach one of the members from the audience. It was quite amusing…but once Acid King started setting up, I moved to the front.

The only other time I had seen Acid King was opening up for Italian doom metalers Ufomammut in San Francisco. This place was the London version of Slim’s in SF and I was ready to get leveled. And I did; I completely got lost in this set and forgot where I was. I do know that everyone seemed very drunk and very into it…and I was back in a land where people took oodles of shitty cell phone pics all night long. Acid King songs have a way of really getting under my skin and evoking emotions that are hiding down there. It’s beautiful, cathartic, painful music…all with a sad, longing vibe about it. It fit my mood perfectly.

As the set came to a close, the crowd begged them to stay onstage when they went to wrap up because they were told that people had trains to catch at 11pm (London Underground stops at midnight on Sundays….found that out the hard way!). They obliged and continued to play, seeming quite pleased with the reception. It was the last night of their tour overseas, and the first time I thought about how my trip was quickly ending…..

Author HardRockChick 1
Occasionally, between screaming guitars and brutal mosh pits, I like to go dancing. I figured that this one off Coachella show would be a...
Read More
My Musical Adventures

Author HardRockChick 5
Yay, the Mezzanine. It is becoming my second home. And it is girl’s night out. We walk in mid way through a set from...
Read More