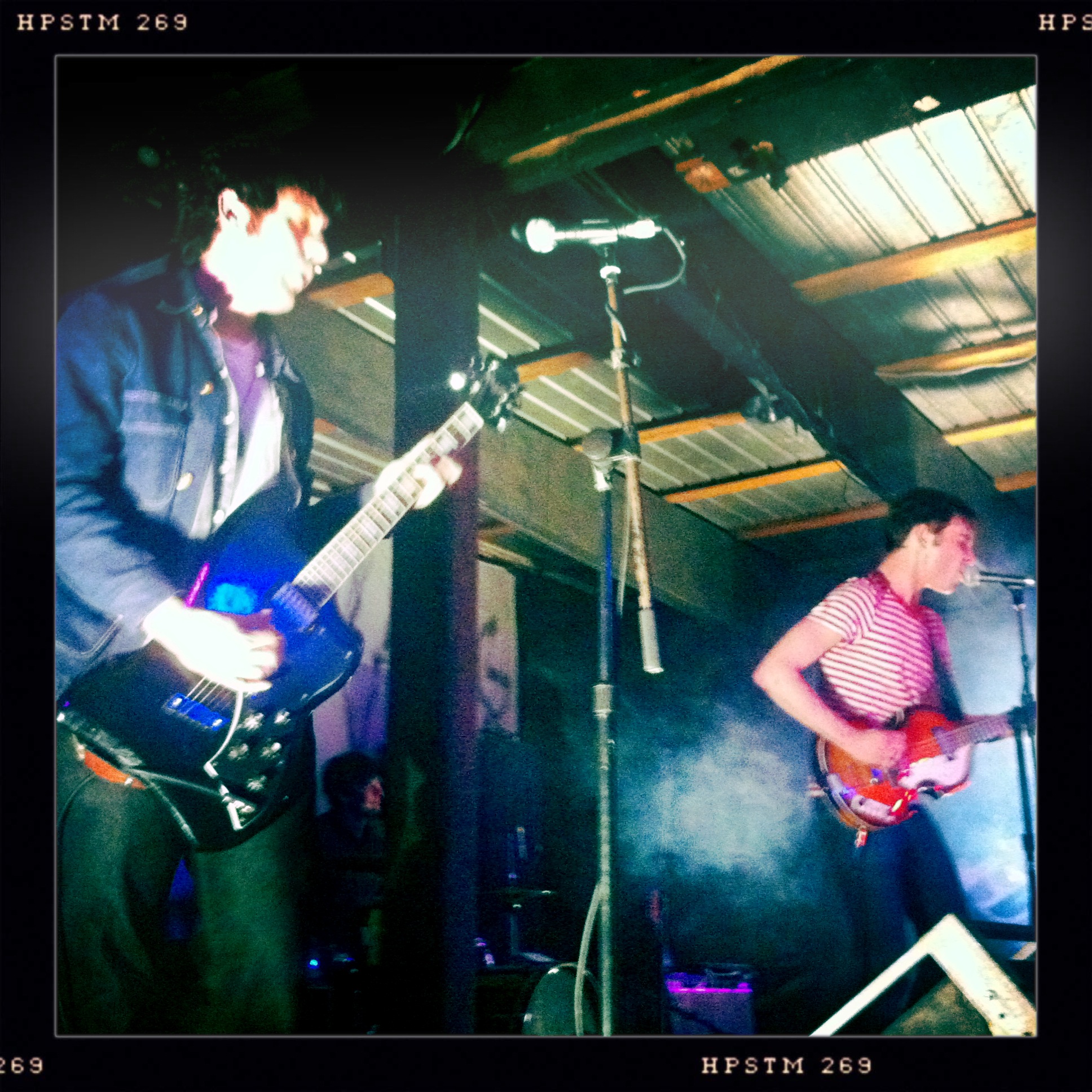 The words “they put on a great show” will get me out to see a band in any genre. From Dillinger Escape Plan, to Tom Waits, to Insane Clown Posse, to DeVotchKa, to GWAR…that phrase has made me a fanatic about some artists and drawn me to see others I would have never seen on my own. And luckily it’s always really been a good show. The Black Lips were no exception.

Sporting an oh-so-fashionable knee brace (seriously, I was asked several times if it was fashion or function…I’m not a hipster!), I strolled into Emo’s in time to catch Vivian Girls, girl pop rock music that I couldn’t get into. Instead I people-watched; the crowd for this show was so diverse that I couldn’t even really describe it. Apparently The Black Lips have carved out a bizarre cross section of music fans for themselves: the expected hipsters, indie rockers, punks, some metalheads, and even some silver haired folks! 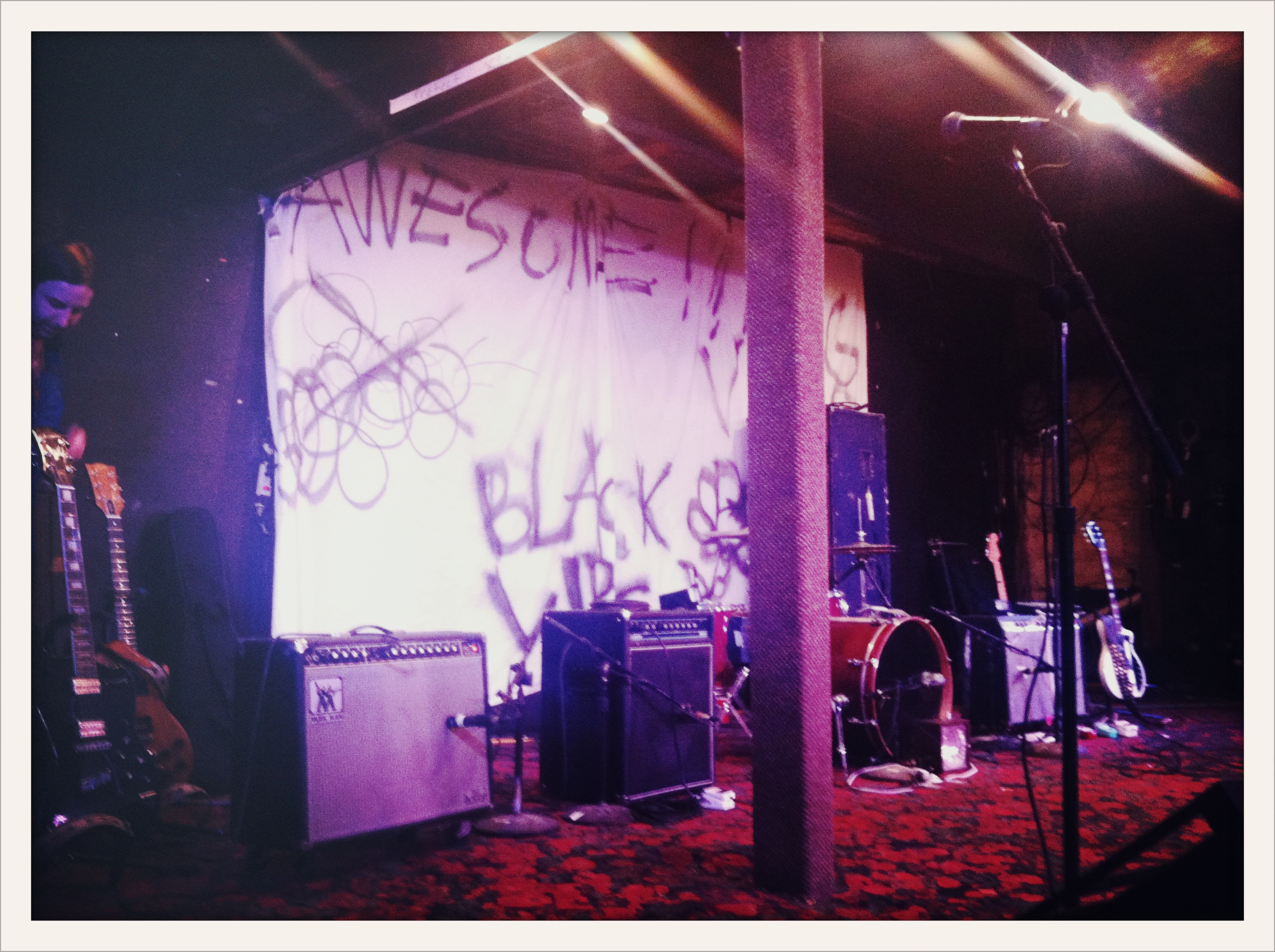 I moved up to the front for the set and was marveling in the creativity behind their backdrop when I looked at the front row. It was filled with a bunch of grin-laden girls who looked like they were at the front door about to leave on a first date. It was so cute! If only someone could bottle the effect that certain musicians have on a certain contingency of girls, it would be a powerful chemical capable of bioterrorism, only behind mustard gas and anthrax.

As soon as the boys came out on stage, I could fully define the allure. They play with a minimalist setup that could have easily worked on Emo’s indoors stage; this is garage rock for the hip crowd. The boys wear smirks on their faces that allow me to envision exactly what they looked like when they did something bad when they were 10. They are semi-dangerous, acceptable rebels; these are the bad boys for the good girls.

Apparently part of the show is that the crowd and the band like to douse each other with drinks. Once that subsided, I tried to get into the music, but as expected from multiple listens, it just doesn’t really do it for me. But that really didn’t matter, because they had me laughing or deep in thought about what was going on between them and the crowd the whole night.

At one point the guitarist kneels down and smooches a girl in the front row, who screams like a 12 year old, does a happy dance, and then proceeds to text and/or facebook about it the entire rest of the show, except for a few dance breaks. By the end of the set, before the encore, she flat out jumped up on stage and ran off after him. This guitarist is in a perpetual state of eye-fucking the crowd, and he even follows it up with pointing his guitar at some targets like a gun. Oh dear….pass the cheese, please. I will admit it was interesting to watch unfold.

Then there was the guy who decided to jump on stage, pull his shorts down to expose himself, and stage dive into the crowd. This grossed me out more than if someone were just naked and ran and dove off for some reason, and I expected him to fall into a void but people seemed to actually catch him. If I had been on the receiving end of that I would not have been happy. The last song of the main set had the guitarist coming out with a string of firecrackers draped around him like a bandoleer, and as I went to take a photo and exploding piece went directly into my eye….but luckily just as I was thinking about how I would make an eye patch a fashion accessory at Psych Fest all weekend it seemed to be fine.

The encore came with more fluid exchanges between the band and the crowd and many other boisterous activities that had Emo’s security dragging more people out than any other show I’ve seen there. I realized that M.I.A. is the only song I could really take with me when I left of theirs. But you know what, that’s ok…they were entertaining enough that I would probably go see them again.

Author HardRockChick 0
Echotone means ‘tension in ecologies’, when there’s an overlap. Specifically to this film, it means the development of downtown Austin and it’s longstanding position...
Read More
My Musical Adventures

Author HardRockChick 0
“I think I can, I think I can…” I stood in front of the bathroom mirror giving myself a pep talk before departing for...
Read More
My Musical Adventures