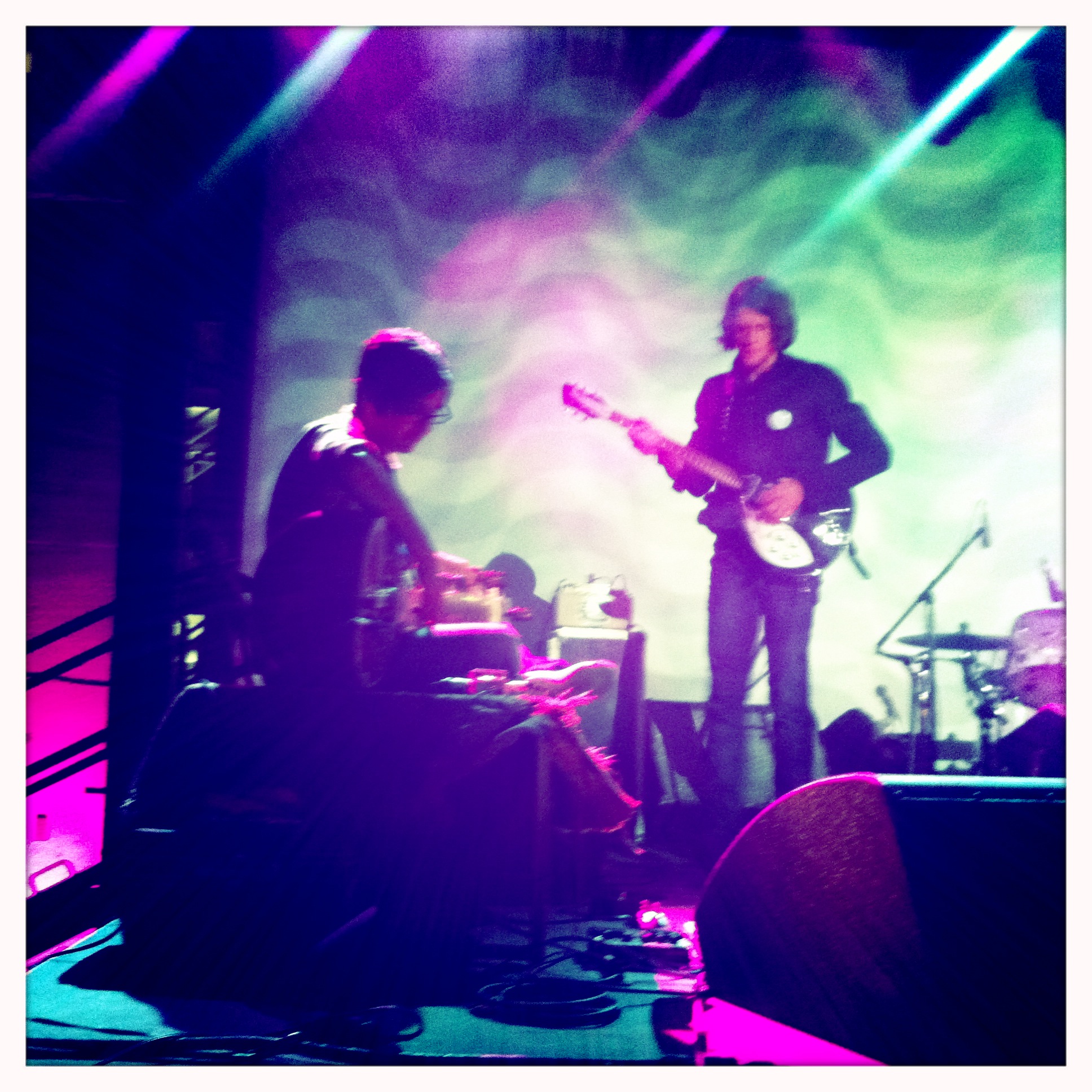 As I went to leave to drive back to Austin I stepped outside and was immediately confused. It was nearly 40 degrees colder than the day before! May 1st is pretty late for a cold front.

Back at the power plant, I was already feeling sad about this being the last day. But with a great lineup ahead, I pushed those thoughts away. 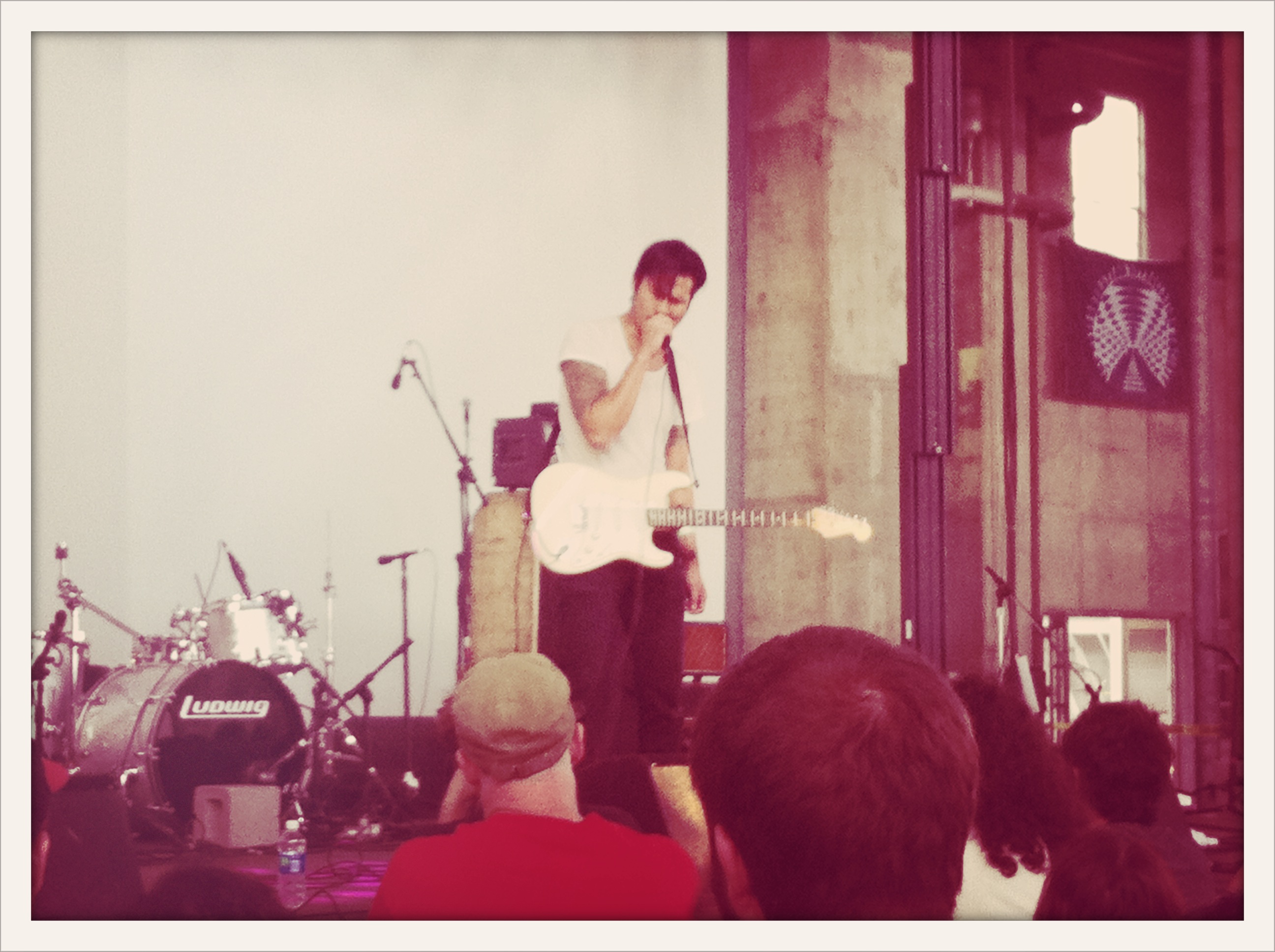 Dirty Beaches is a one man band, with a very interesting ’50’s crooner / surfer rock vibe but as told through an Angelo Badalamenti score for a Lynch film. It was a bit of an adjustment to get into, but once I did I thought it was really unique and interesting. He gives a very heartfelt performance, and at the end when he broke out a comb and slicked his hair back, snapped his fingers, and leaned into the mic, I could have laughed, but I didn’t. 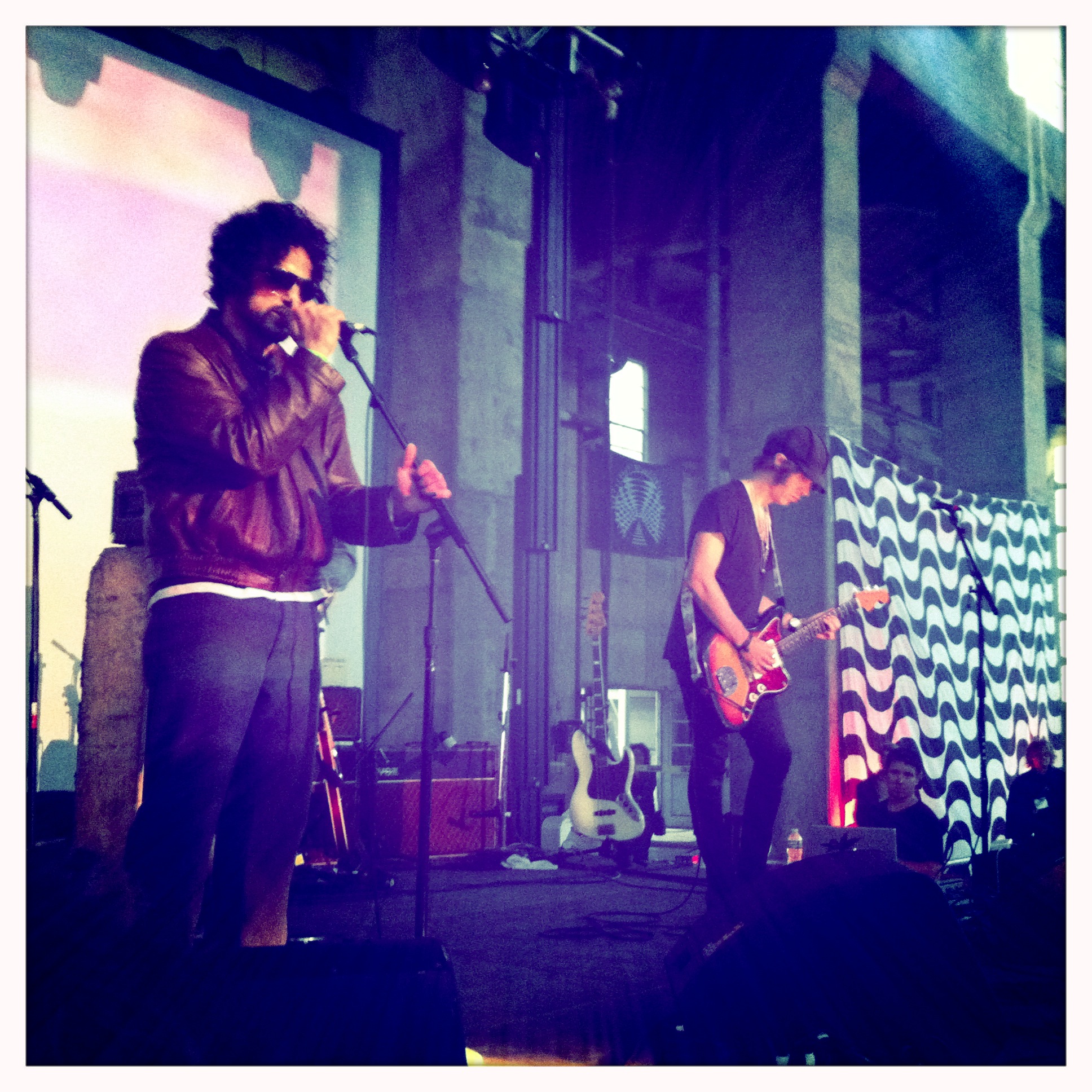 Pete International Airport was next, and like a moth to a flame I set up front and center. I had just found out about this project yesterday, but decided not to listen to it until hearing it live. As they were setting up, I thought about how there was a really good chance I was about to fall in love with a new band….or it could go the other way and I’d be crushed. But half way into the first song, I was reassured. At surface level, it’s pretty straightforward psych rock, but a deeper listen and familiarity with Peter Holmstrom’s work with The Dandy Warhols shows his imprint. 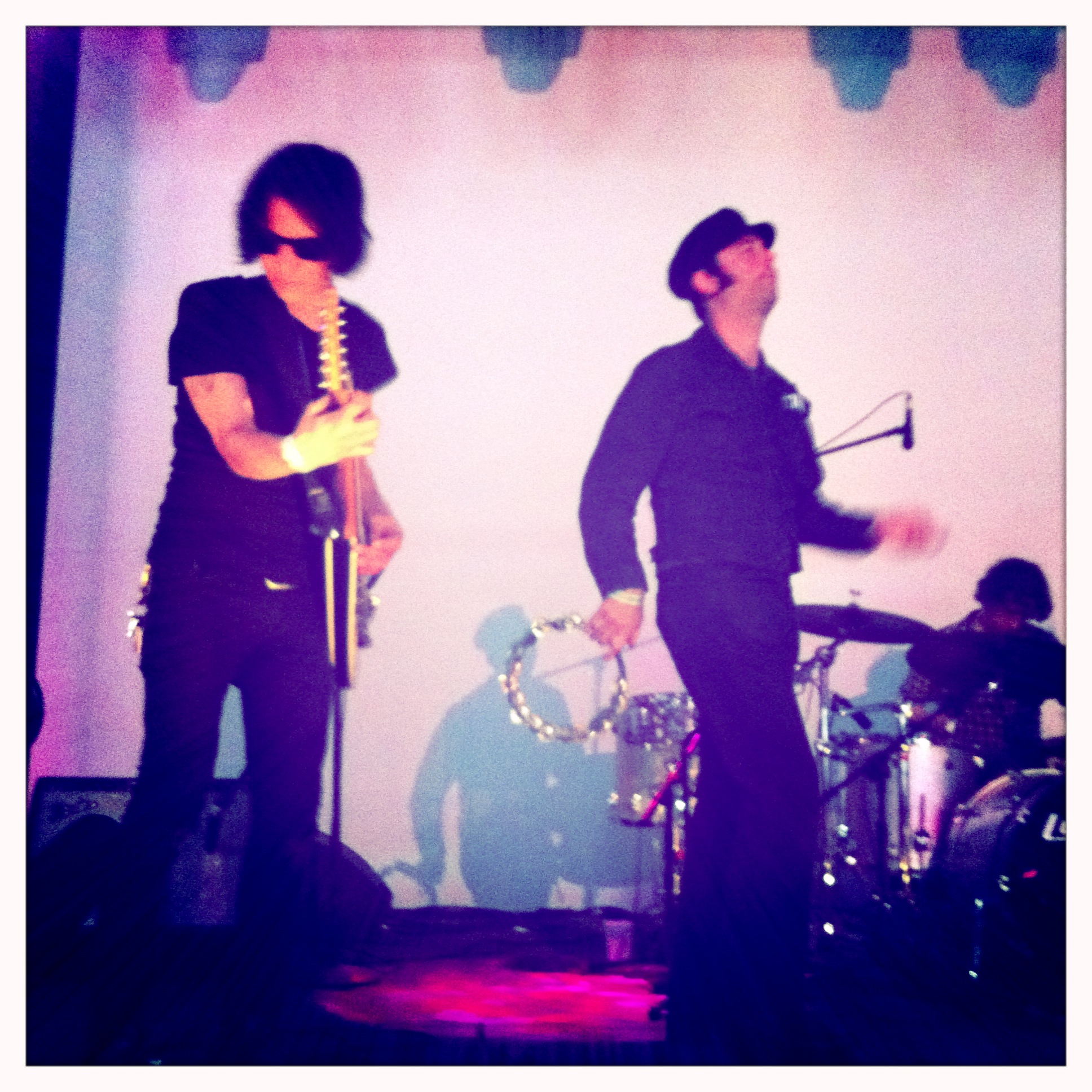 The way the guitar sounds here isn’t your normal messy feedback, it’s detailed and controlled in a way only a master at it could create. Somehow he skirts the line of that out of control distortion that I love about psych rock, and something more melodic. The vocals are, at first, an afterthought…but they creep into your consciousness slowly.
I also liked how they used dual drummers for some of the songs; the addition of electronic drumbeats gives a different edge to the music. 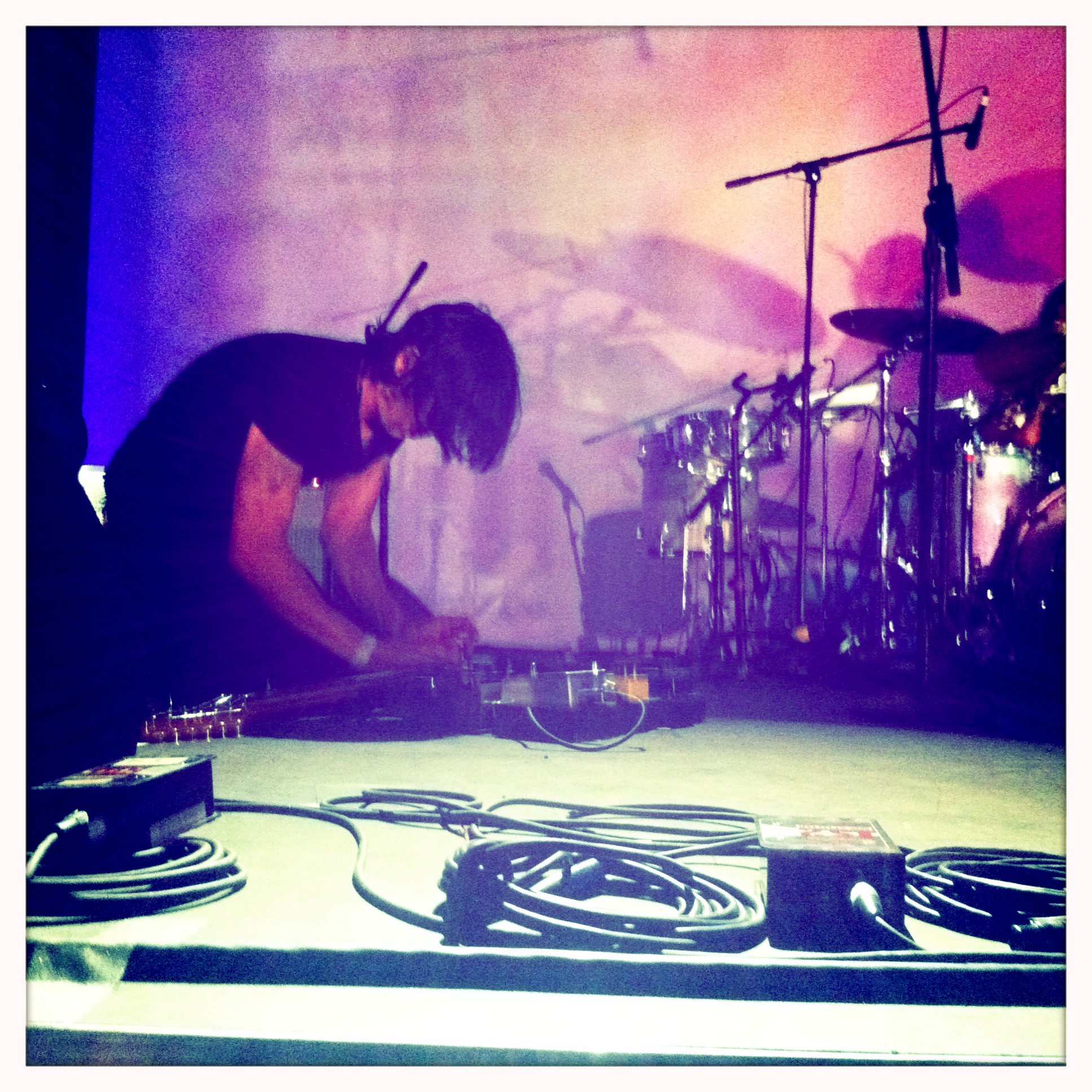 Needless to say, my eyes and my ears were pleased, and as I was busy gushing on twitter about the set I missed the handout of the oh-so-cool setlist, but luckily Sania grabbed it for me (thanks again!): 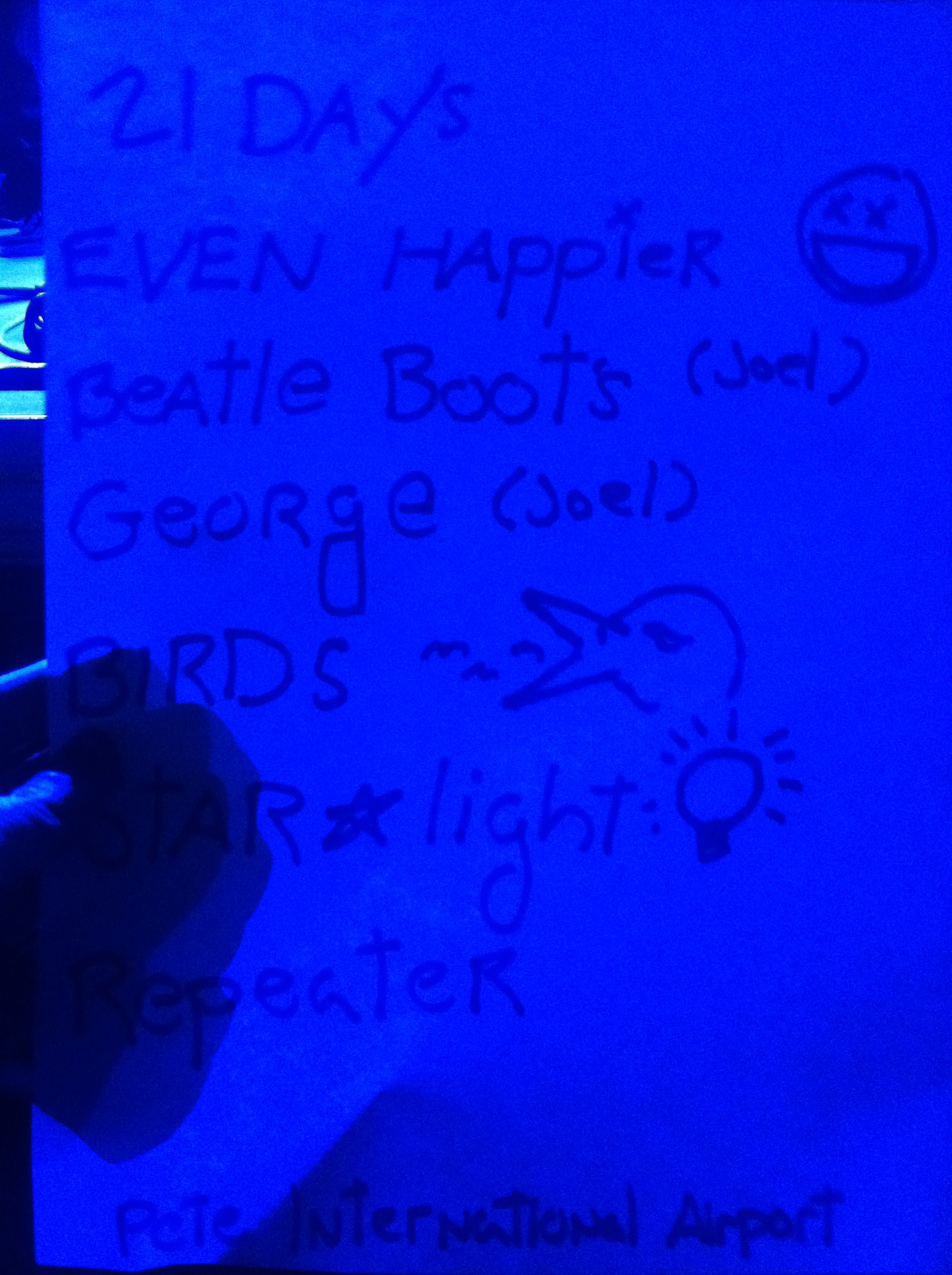 After that set I was feeling kind of done with everything else, and suddenly I was really hungry…so we left the power plant to go around the corner for a gourmet grilled cheese. I was taking a sip of my drink when my eyes almost popped out of my head as I looked at Sania and pointed up at the ceiling….this song came on:

Another amazing example of synchronicity; I always look at these things to show me I’m on the right path to…whatever. 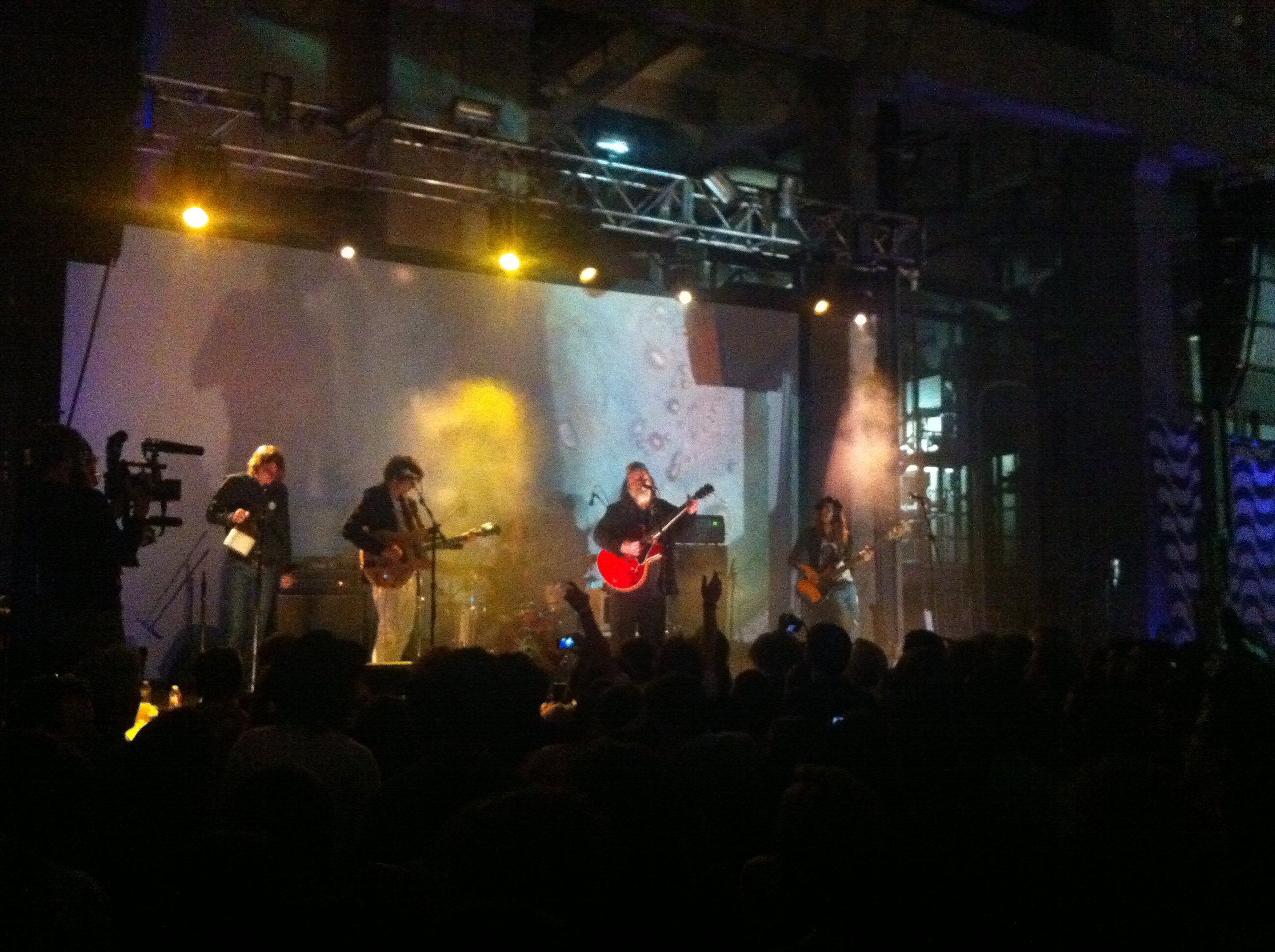 We made it back just in time for Roky Erickson, the unofficial godfather of ceremonies. It was so cool to see him, as I’ve listened to the 13th Floor Elevators for years. The crowd had aged significantly for this set, and as we watched on something that I’ll never, ever forget happened. My phone vibrated and I simaltaneously received texts and news alerts that Bin Laden had been killed. For whatever reason, I went ‘whoa’ for a second and then kind of moved on. But I looked up and you could literally see the wave of awareness hit the crowd, as everyone looked at their phones and turned to their friends to share the news. And then Dion, the bassist for APTBS, walked over and mentioned it. And that was when it became a full fledged event. The only other time something close to this had happened was the night before Ronnie James Dio died, a rumor spread around twitter when I was at a metal show and everyone was talking about it. The whole event took a strange turn; and I thought about how so many psychedelic songs have war inspired lyrics…especially what was coming next. Luckily Roky was so good that we got swept up in ‘Reverberation’, ‘Two-Headed Dog’, and the encore, ‘You’re Gonna Miss Me’

I’ve seen The Black Angels since pretty much the beginning, but it had been a few years. HOLY SHIT; entirely different band…wow. The music has always been good, but their stage presence is just completely different..I mean, I was entirely transported during this set. As they set up, all of us in the crowd were discussing Bin Laden, and while I expected this crowd to have some great conspiracy theories (I did!) there was a general America, Fuck Yeah! thing going on, and then I remembered I was in Texas. I saw the sitar being set up and rather than groan I got chills because I felt like this exact moment would be one that I would remember forever….this is my Monterey Pop moment!

Do you remember where you were when Osama was killed? Yes, I was at Austin Psych Fest 4, watching Roky Erickson and The Black Angels with a bunch of hippie-sters and I was wearing combat boots and a faux military jacket and cap….FREAK OUT, MAN! 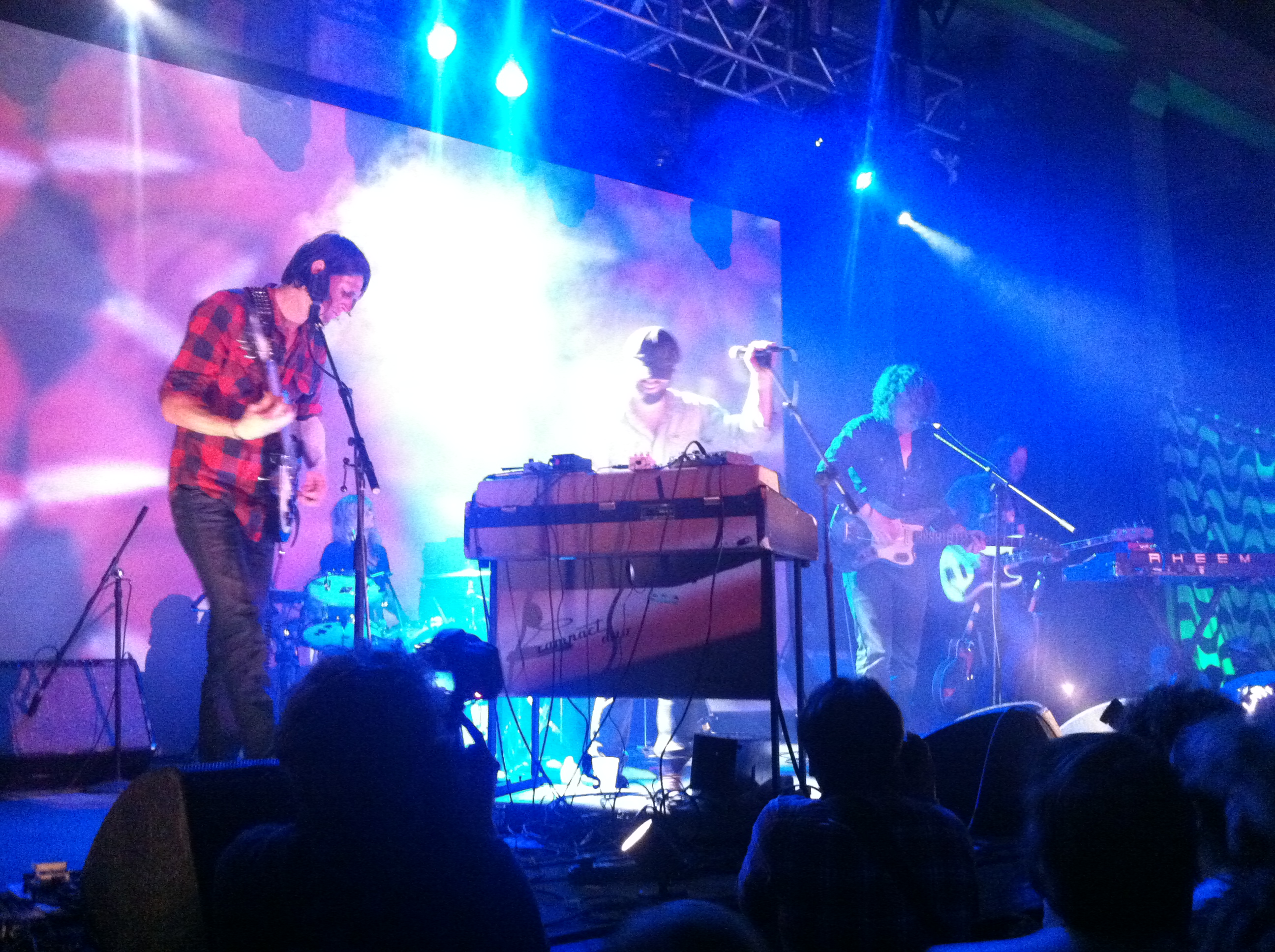 At one point vocalist Alex said to the crowd, ‘So I heard Bin Laden was killed…I don’t know if that’s good or bad” and then played on with their Vietnam war era inspired lyrics that made even more sense right this second. The guy behind me’s drugs kicked in (why does this always happen to meeeee!?) and between every song he kept yelling ‘Holy Shit!’ Otherwise, there was a communal space out happening everywhere, and it was beautiful; it really was.

Afterwards, it was time to go, but we didn’t want to, so we decided to have a drink at 1am after abstaining all day, which is totally normal. We watched a huge 16 piece band play the main stage for the straglers like us, and said goodbye in our heads to the familiar faces we saw leaving the premises.

Austin Psych Fest 5; I’ll be there.

Author HardRockChick 7
It’s night 2 of 3 for following The Faint this week. Does it get any better than The Fillmore show? The opening band, Jaguar...
Read More