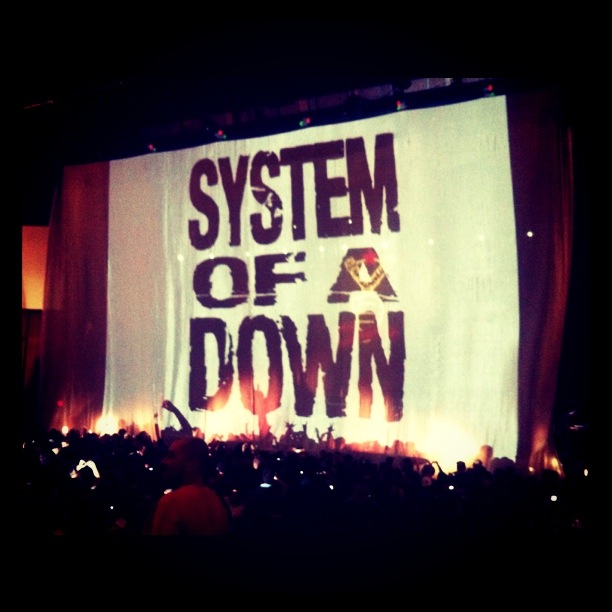 I was really excited when shortly after easily procuring pit tickets to see Rammstein, a System of a Down show was announced for the following night. Two great back-to-back shows in Vegas? Sounds like a plan to me! Except that SOAD tix were not so easy to come by and I spent the next couple months keeping an eye on exorbitant scalper prices on eBay. But I kept my cool, and the day before the show we swung by the box office of The Pearl at the Palms, and easily procured two fourth row tickets.

Walking into The Pearl flooded me with memories of one of my all time favorite shows, the Vegas stop of the NIN/JA tour in ’09. The Mona Lisa slot machine appears to have been moved, and I have to say it was nice to just walk in to a seat after waiting the longest I’ve ever waited for a show in my life last time I was here. It was also nice to have a seat because I was still sick, and not only that, but the respiratory infection had progressed into this awful hacking cough exacerbated by everyone lighting up cigarettes around me. As we waited for the show to begin, a woman came around and took our cheesy pictures in our seats. 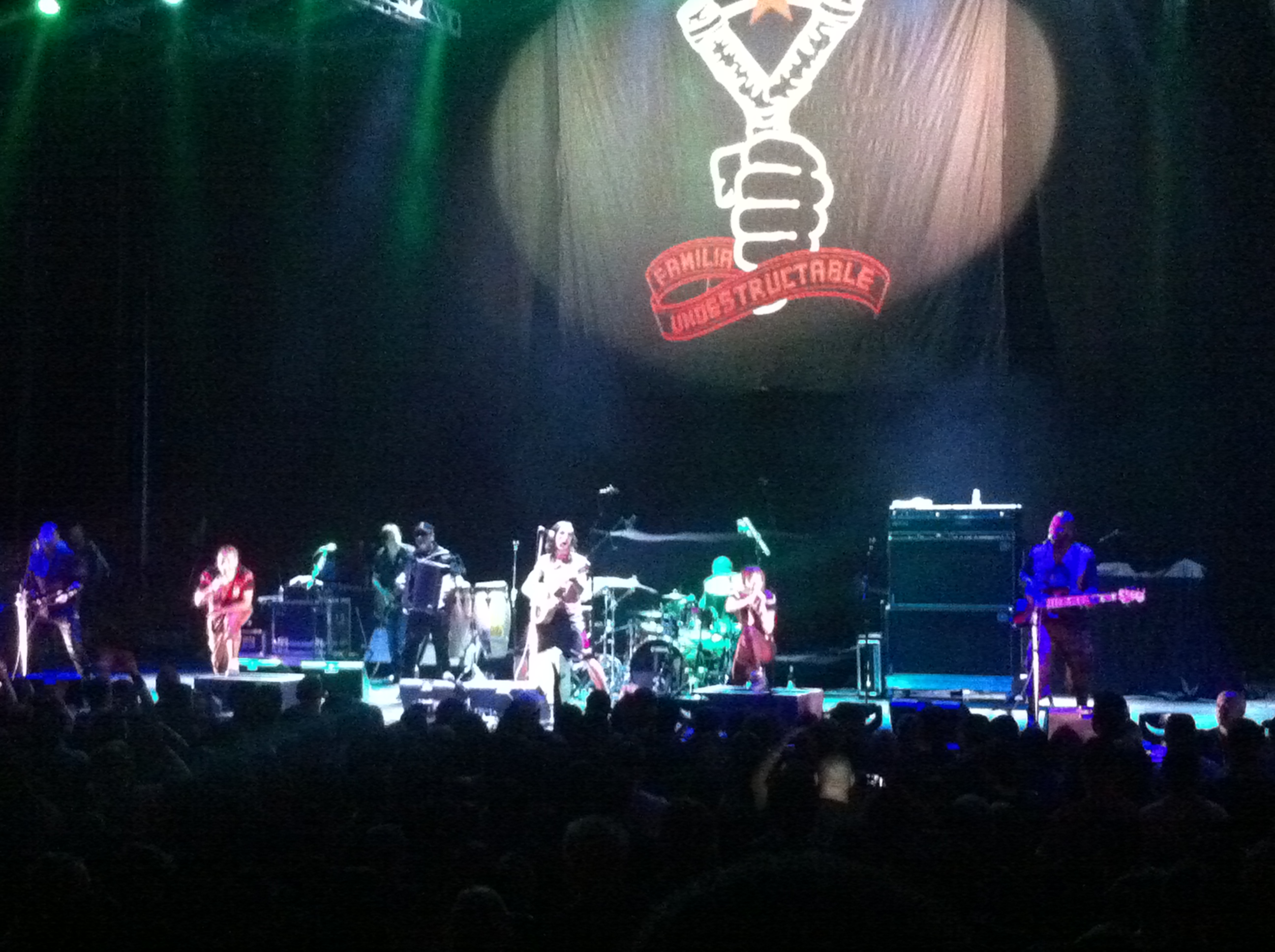 The only other time I’d ‘seen’ Gogol Bordello was at the free and overwhelming Hardly Strictly Bluegrass festival in San Francisco a few years ago. I find the whole gypsy punk thing interesting and entertaining even though I’d never listen to it on my own. I know several die hard fans and I commend any newer act that can create a subculture type following. I was a bit surprised by his very sporty getup, but he does put on a somewhat athletic performance. Whenever I’m in seats, I like to watch the pit action, and this one was funny because it moved from raucous and rowdy to ‘we’re brothers! let’s march around the circle together! several times.

I know several SOAD fanatics, and anticipation for this tour was high. While the night before I was part of it, knowing every word (even though I didn’t know what I was saying), tonight I was well aware I would be observing. Though SOAD has never captured my heart, they’ve always gotten my attention. There’s just no other band like them out there, even when you strip a way the political bent and the Armenian heritage. No one sounds like them, no one performs like them.

Though I had seen Serj Tankian on his solo tour, I never saw SOAD. To me, The Pearl is one of the best theaters to see a show in, and it fit the operatic qualities of Tankian’s voice perfectly. I was also impressed by the progression of backdrops during the set; I would have been more impressed had it not been in my post-pyro Rammstein haze, but it was still nice.

I’d have to say that what stole the show for me was watching guitarist Daron Malakian perform. I’d never quite seen anything like it; there’s been times where I’ve said guitarists have danced with their instruments, but this time I mean it more literally. He gave an extremely engaging performance all night, I could barely take my eyes off him. When I’m not moving with the floor, my mind tends to easily wander at shows, and I found watching him to inspire interesting tangential thoughts during the show. 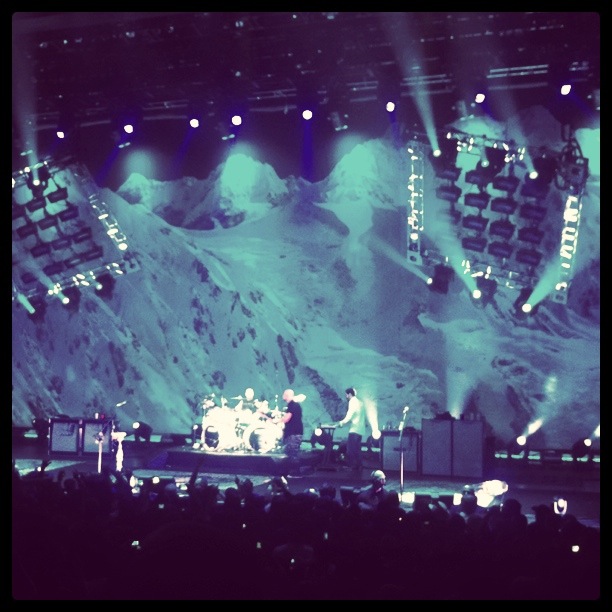 All around me, fanatics mouthed every word, propped each other up with their fandom, and everyone had a great evening. As we were leaving, we saw a photo being waved in the air to get people to come buy those cheesy pictures taken earlier…turns out ours was being used as the ad…..haha….so a little wheeling and dealing and the cheesy pics are ours!

And a few hours later, the night closed by walking back to our room after dinner and seeing Tankian at the gambling counter either starting or ending his night. Author HardRockChick 0
On the 20th anniversary of the Loma Prieta earthquake, those of us at The Independent experienced earth-shaking sound. Let me start by saying that,...
Read More
My Musical Adventures

Author HardRockChick 0
It felt a bit odd as I walked down 11th Street past the Repulsion show at DNA Lounge, where a sea of metalheads in...
Read More