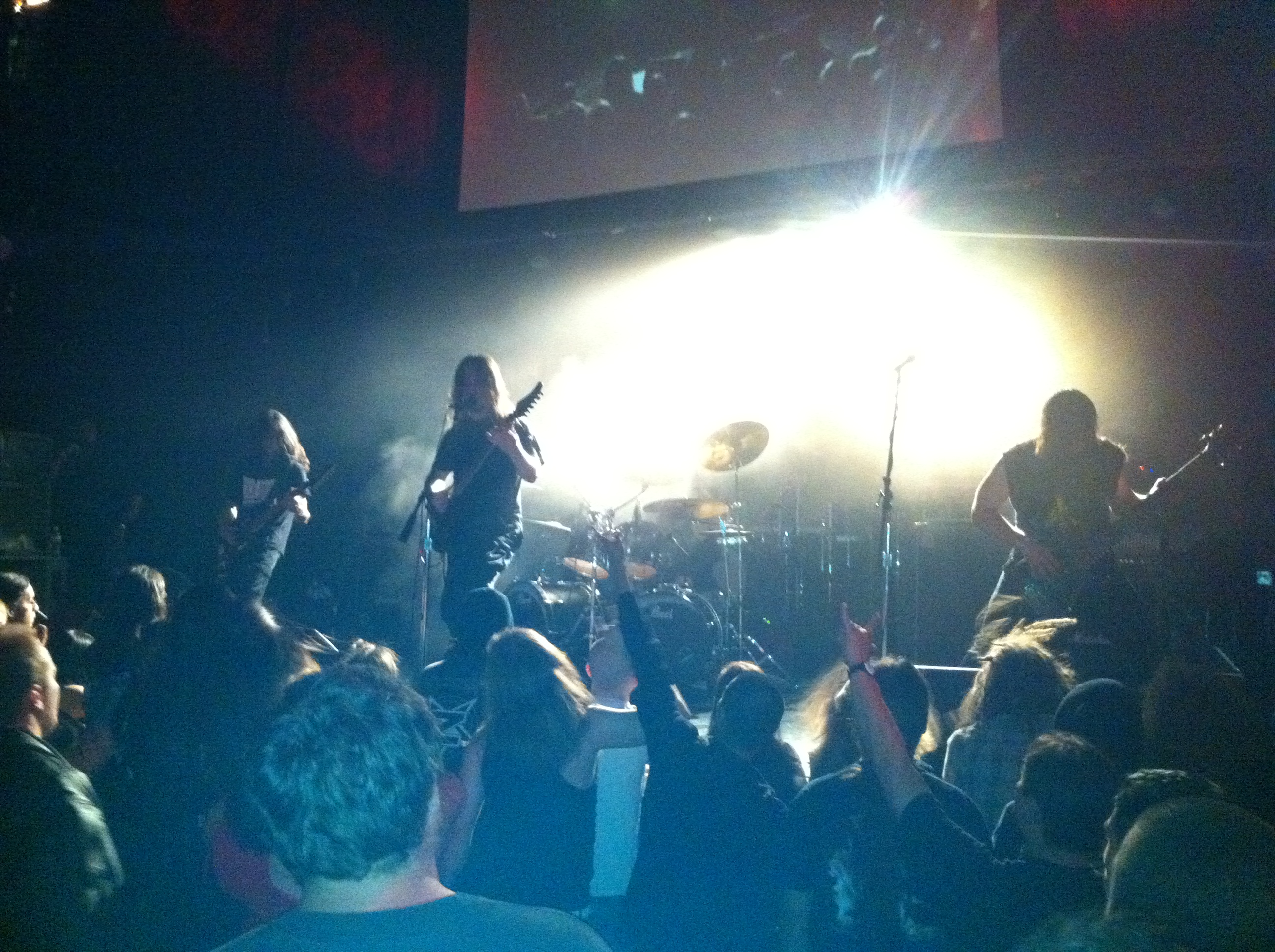 I’ve spent the majority of the last 4 and a half years going to metal shows by myself. And while danger can find you anywhere, I’ve definitely been to a few shows that, as a female, I probably shouldn’t have been at alone.

This would be my first non-mainstream metal show in LA, and I would be going with my girlfriends who live and breath metal like I do. It was strange, entering that venue as a team, I felt like a force to be reckoned with! We literally arrived just as Abysmal Dawn played their first note. I interviewed AD a few months back, and Leveling the Plane of Existence has been in steady rotation. We watched from the floor, that is until the pit erupted and we hopped up on the stairs to escape it. The pit would only grown larger and more dangerous as the night of crushing American death metal continued.

We watched Vital Remains from afar; their stage presence baffled us and the way they put people on stage to awkwardly dive off in the most calculated manner possible just made it seems fake; as did the guitar with lights on it. Instead one of my girlfriends decided to play the game ‘which guys live on their own vs. who still lives with their mom’? The tell: mama’s boys smell like fabric softener. 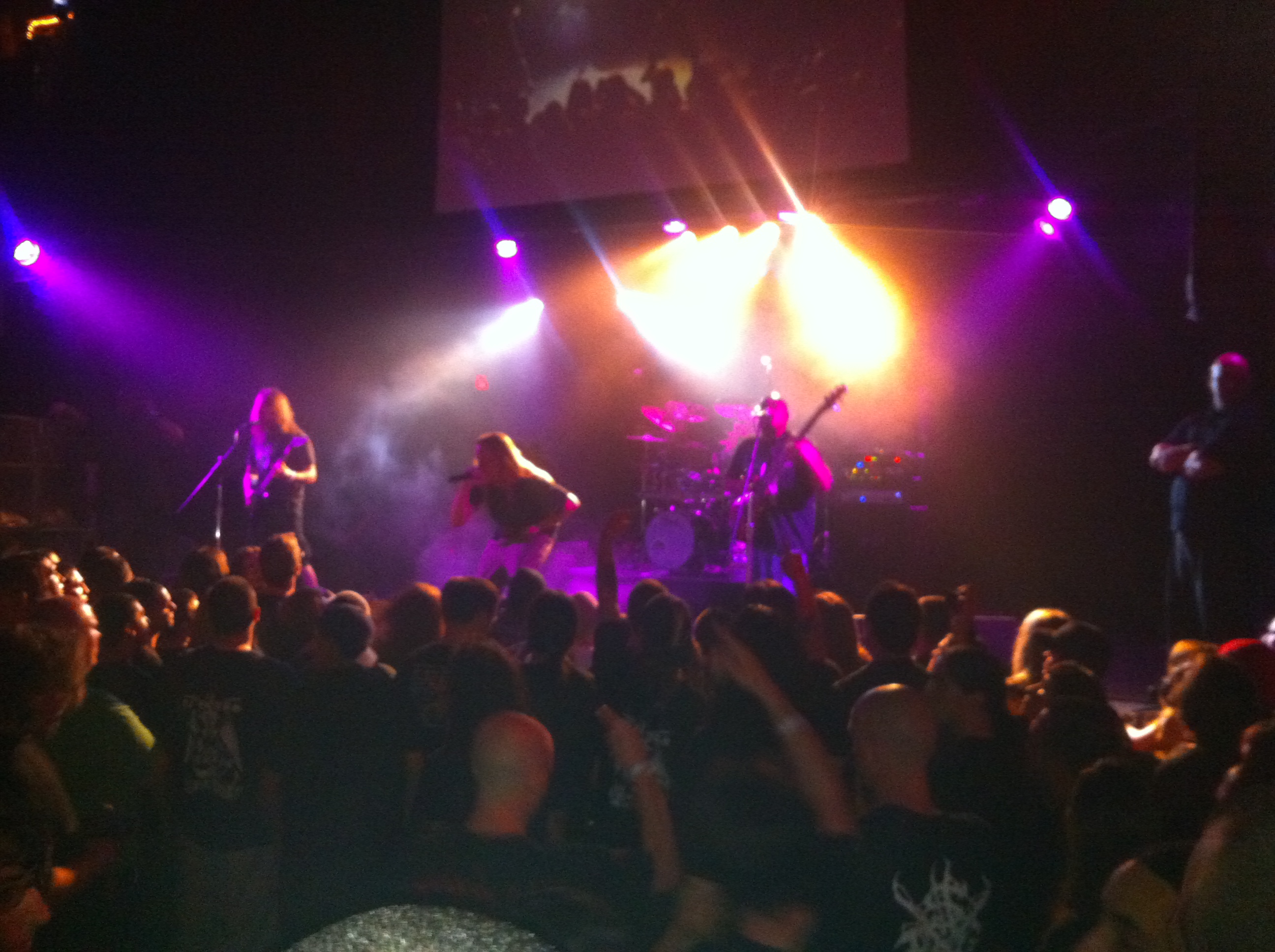 For a three piece, Hate Eternal makes an insane amount of noise, though my other girlfriend, who plays guitar and writes for Invisible Oranges, pointed out that there was another guitar track being played. Aha! Hate Eternal was like pushing fast forward on a VHS tape back in the day….it never let up and I’m not sure if that was a good thing or a bad thing. I know the drummer was exceptional….actually all of them were, but in this genre of metal I’m always drawn to watching the drummer. However, I kept getting distracted by the pit. This has to be one of the more dangerous places to hold a metal show; there are stairs leading onto the floor that trip up everyone as they flail, hardcore walk, or whatever they do these days around. It was like mosh pit bloopers; in between the growls and blast beats I kept hearing ‘woop-woop-woop’ as people tumbled towards us as they slipped.

I thought HE were intense, but Origin was so intense that about five songs in we bailed for the Rainbow. I think that my mind is so full of taking in the new scene and spending time with my friends after my year of near isolation that watching the bands has suffered a little. I’ll get back to that soon.