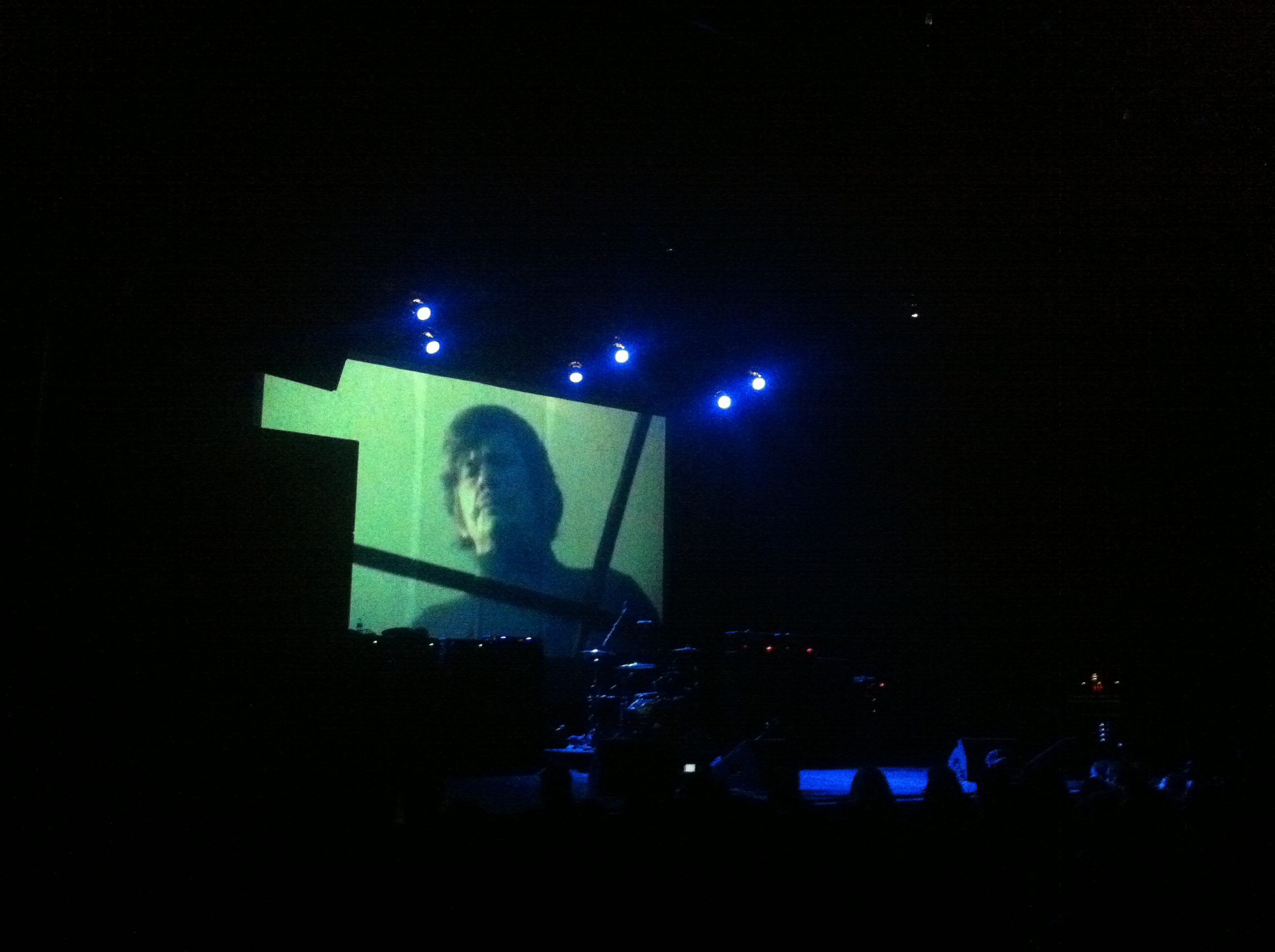 They say that smell triggers memories….but since my nose doesn’t work very well, for me it is sound.

I get mail occasionally about some of the stuff I write being depressing; life’s been very heavy for me, and this is my therapist. But personally, my most depressing piece to me would be what I wrote after seeing Sleep last September.

As I stood there in the Wiltern, alone, being pelted with Matt Pike’s riffs and Al Cisnero’s bass lines and Jason Roeder’s beats, I remembered how I felt last September 10th. Not only at the show but when I wrote the piece, sitting next to my mom, getting interrupted to give her meds, make her drink water, and shaking with dread.

It was enough to make me want to curl up in the fetal position right there. The way I felt during this Sleep set was something I’d been running from for 9 months. It caught up to me.

The night began with a guestlist snafu, where my longing face and will call loitering yielded the unthinkable result: the guy manning the station waved me back over and just handed me a ticket and gestured me to run along. Thanks, ‘guy’! As I took my spot behind the velvet rope that housed seats for the disability section on the first tier, my eyes focused in on the stage. Opener Premonition 13 sounded pretty great for the first opener…well, I can tell who they are influenced by….that one guy looks just like Scott Wino! He must be a huge fan. And then the guy behind me yells, ‘Wino!’ and I laugh because I know I’m not alone in thinking this…and then I realize this guy is serious. And then I google it and sure enough, that is Wino. He just looks much smaller on this stage than the last time I saw him all the way over in Oslo. 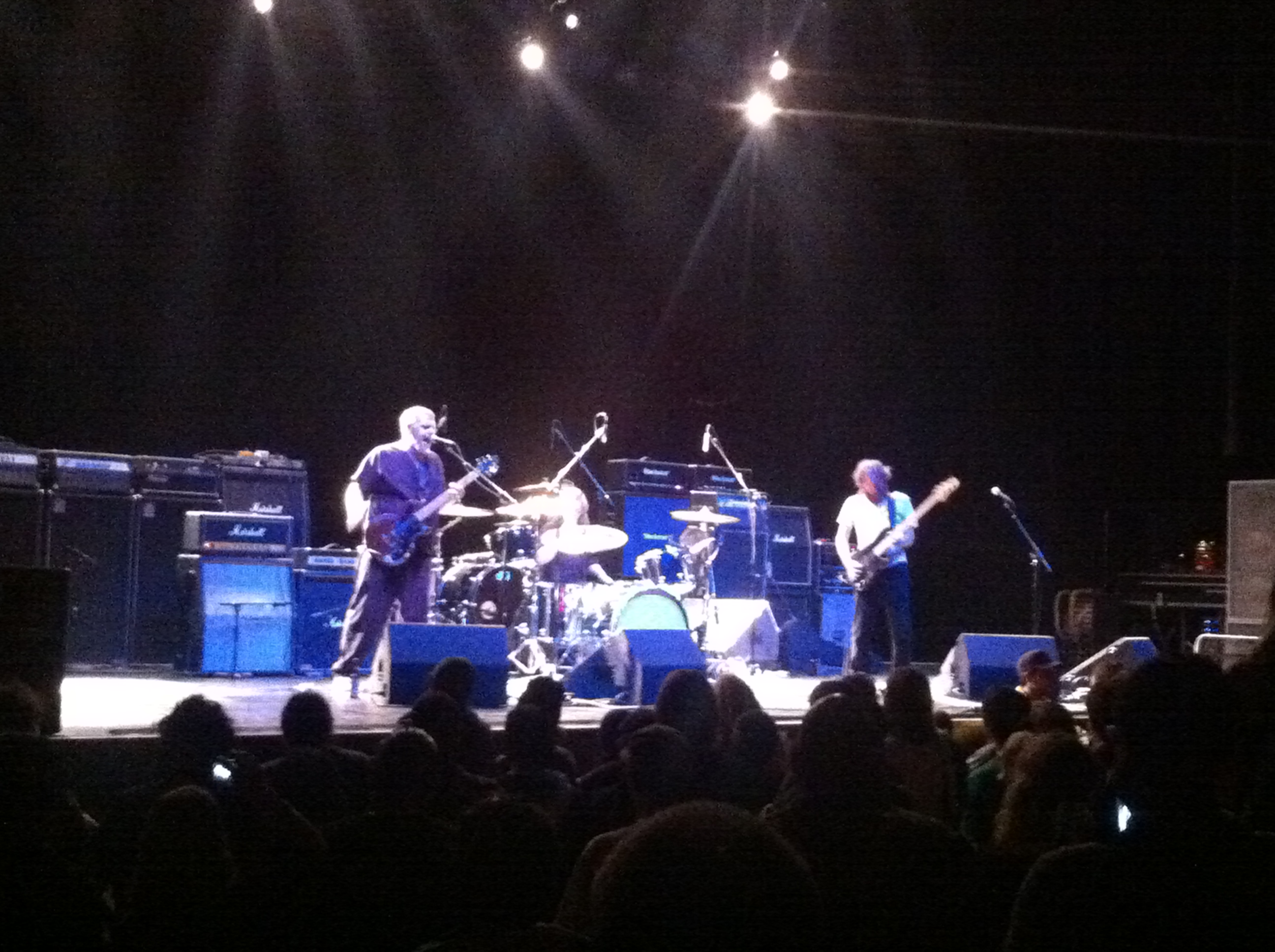 Harvey Milk is a band I’ve heard of but never listened to. I thought it was interesting to see a band called ‘Harvey Milk’ perform on Gay Pride Day. I really liked them at first and then I got kind of lost. Their songs have interesting transitions within them that cause me to do things like start clapping when the song isn’t over yet. For a three piece, they make a lot of noise. Harvey Milk will go down as the 5% minority for me as they are from Athens, GA and if a band is from there, there’s a 95% chance I’m not going to like them.

During the break between sets I decided that the way The Wiltern has their shows set up kinda boggles my mind. The pit requires a different wristband than the rest of GA, so all throughout the night people are getting stopped trying to go down there. It’s really distracting and seems like an unnecessarily restrictive exercise. Then no one can see that the disability section is roped off, so people are constantly practically falling over the ropes trying to get into this patch of space. I spent a good bit of the set distracted by these people, especially during Sleep when people started being like ‘fuck it’ and tried to run around security, hop over the walls, or my favorite, crowd surf on the first tier. 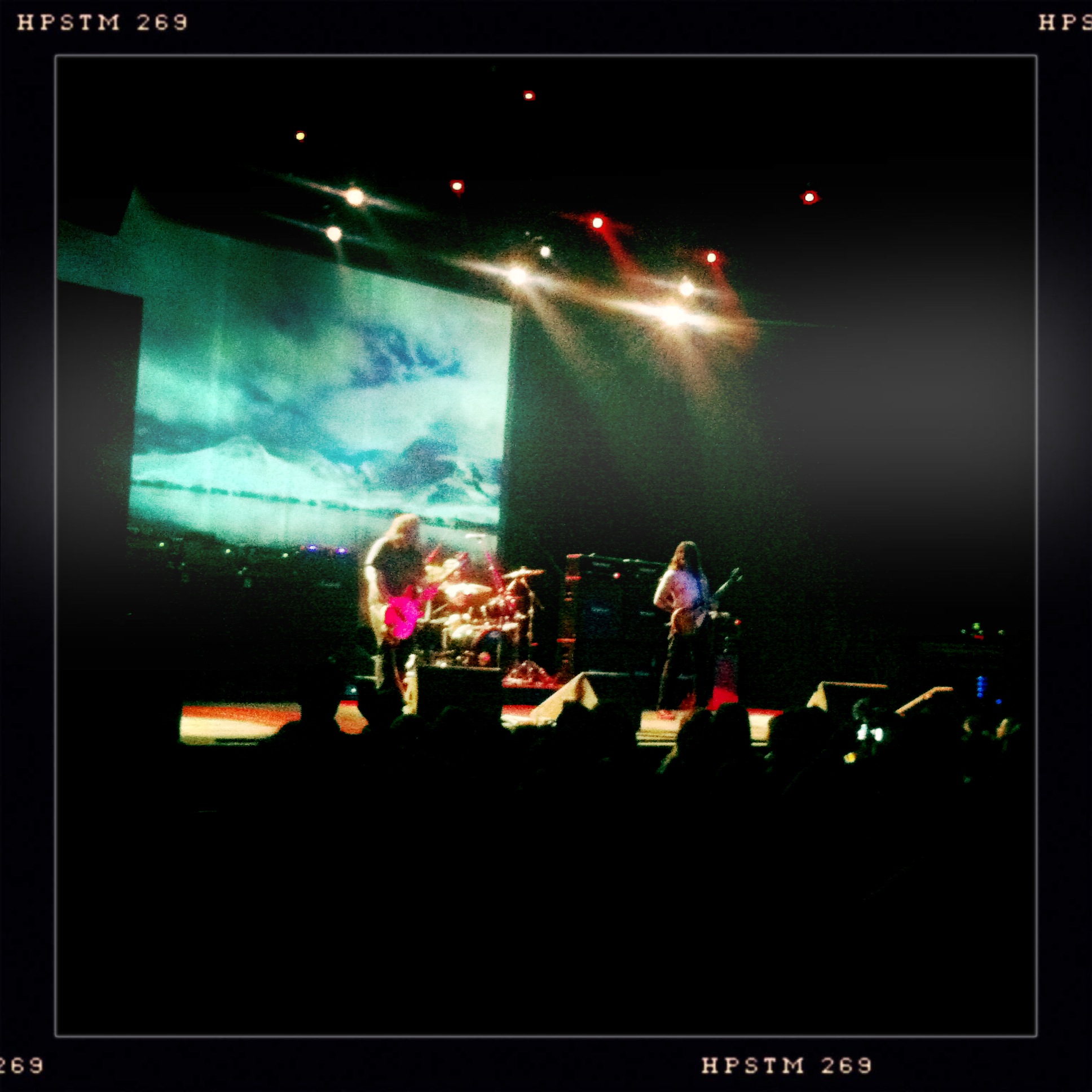 As the Sleep set begins, Roeder slowly approaches the kit and raises his palms in prayer position. As I start going through the emotions described above, I try to focus on Pike because, to me, he’s the thing that makes me smile in all of this. He’s the little boy in my kindergarten class that ate my glue and hocked spitballs at me, only with a guitar that emits extraordinary tone. Those notes, those slow, heavy notes keep reaching out to me as aural reminders that I keep trying to swat away by concentrating on my to do list, my rage for the guy beside me who’s bootlegging device is emitting a distracting white glow, the fact that I wish I smoked pot to calm me down some. And then came the slow, burning, churning beginning of ‘Holy Mountain’.

The day before I had gone on a hike by myself through Bronson Canyon. I had no idea where I was going, really, but I just left my front door and took off. As the trails split and I meandered around, I thought about how many times my life has come to that Y. Do I zig or zag? Sometimes I have a choice, sometimes I don’t. There is only one thing certain, you never know what is beyond. As I climbed higher and higher and saw the world a bit more from afar, I tried to put things in perspective. Don’t sweat the small stuff. There has to be something really good waiting for you down one of those Y’s. The best is yet to come? Or perhaps the worst is over. That is, until the next Y.

I’m watching a long haired blond guy get shooed away from the disabled area only to come back and be let in. It was Wino and a friend, watching the Sleep set with the rest of us. I thought about Cisneros up there and him right in front of me and the fact that on April 14th we were all in a basement of a student union together in Norway. So much has changed in my life since then…two months ago…I can’t even keep up!

As the set wound down, I faced another sleepless night at ‘home’ thinking about what I can do to do better, be better, change my existence. As I walked outside into the city of 20 million and back into my car equipped with OnStar to get me back home, I thought about how it’s even possible that I can feel lost and alone. Or when I got back home to my laptop, with the world at my fingertips…in a land of pseudo-connectivity and fake friendships….I did the usual. I thought too much.

Can you imagine what this blog would be like if I smoked pot?!

Then in my three hours of Sleep I dreamt of….Charles Bronson!

Author HardRockChick 6
schism (skzm, sz-) n. 1. A separation or division into factions. As I watched my couch- the last piece of furniture to go on...
Read More