“When you’re high, you never ever wanna come down…”

I will perhaps spend my whole life seeing pieces of the bands I love the most, because I never got to see them in their prime.

I’m at ground zero for the music scene I first fell for, deep in the Sunset Strip under the fading light of the summer sky. My hair is teased, I’ve got on leather pants like a second skin, and fake lashes lined with glitter. I’m playing dress up for something that’s only existed in my imagination.

Inside, under dim lighting they would all appear to be doing the same. But as the lights go up after the opening band, one can see that the crowd is peppered with people who are originals. The clothes don’t fit right anymore, if at all, but they are adorned with the badge, ‘I was there’. For them, tonight was about reliving the idea of one of the greatest rock ‘n’ roll bands to ever roam the earth.

When a great band is decimated by the death of a member, it’s tragic, it’s status-elevating, it’s the stuff of legend. When a great band breaks up because of drugs and egos, it’s just disappointing. It’s a missed opportunity to create more greatness, to keep the dream alive, to…save the world from Chinese Democracy.

I recently read Slash’s book, the only GNR book I’ve ever read. It was fascinating, if not mystique ruining to a degree. There was one part in the book that really stuck with me, and that was when, before GNR existed, Slash describes Steven Adler setting up his drums in a park and playing at night to whoever passed by. It made me feel that musician’s need to play anywhere…that hunger. And that’s what I was there to see; essentially the final piece in my original GNR line up puzzle: Adler’s Appetite.

Two weeks prior, the clock struck 4pm and, like clockwork, my cell phone rang and it was Chip Z’Nuff. I’ve never had an interview be so on time. The next 20 minutes were spent in a pleasant conversation with one of the friendliest musicians I’ve ever encountered, Mr. Adler himself.

You can hear the interview here.

Like Robert Plant, you can see his gold locks before he walks out to the drum kit, all smiles that never end. I won’t delve into what has perhaps preceded his talent as a drummer here; this was about songs still living no matter who is playing them. 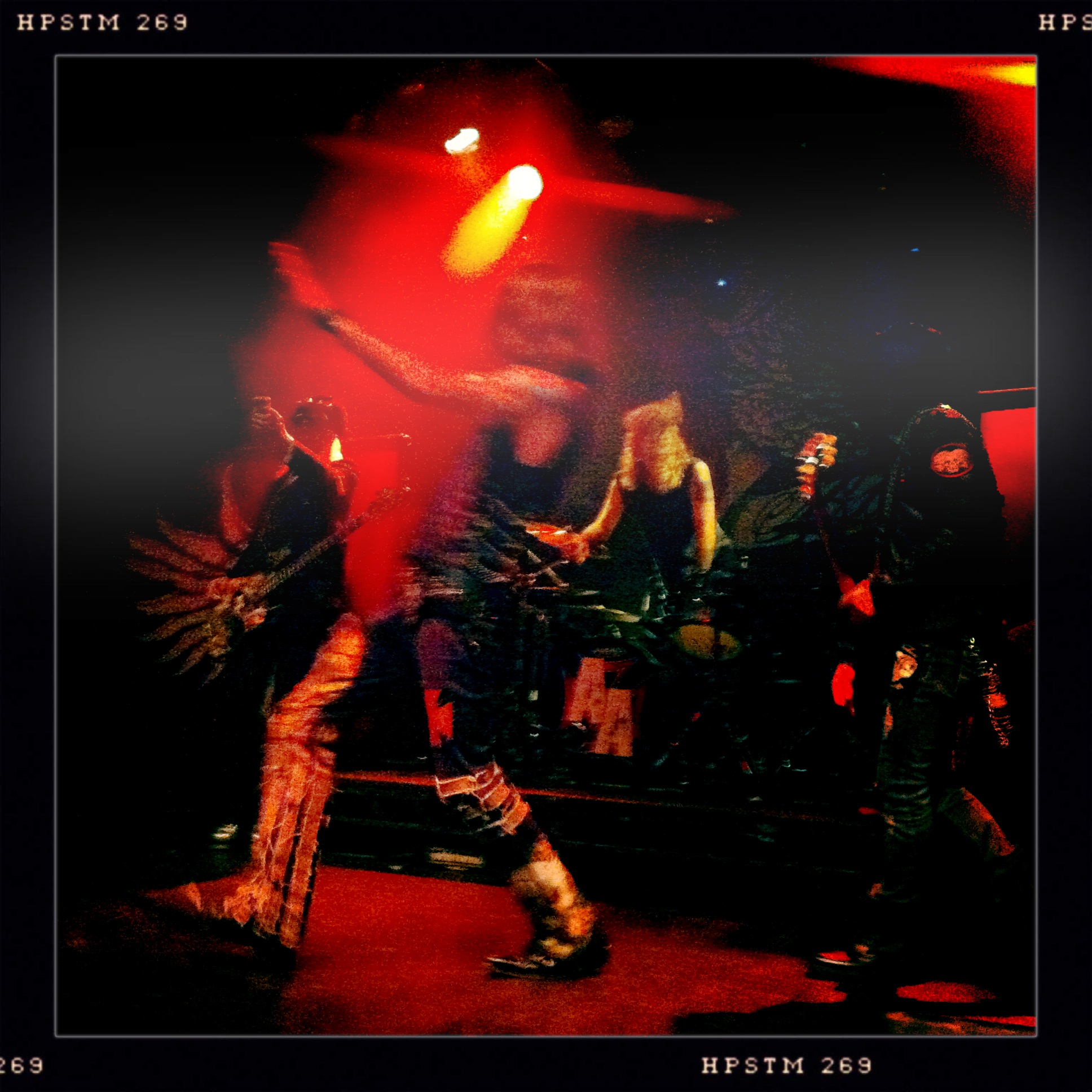 It is perhaps because I am a child of the Eighties that I always have put so much focus on the show. And this band was ALL about the show…sometimes at the expense of the musicianship. But what can I say, I am a sucker for the attire, the fire, the ‘guns for hire’…it is an interesting assembly of a band. But if the show was to capture the spirit of one of the greatest rock ‘n’ roll albums of all time, perhaps it did. That raw sexual energy, aggression of spirit and reckless good times…that is what Appetite for Destruction is all about. 24 years post inception, from those ricocheting beginning notes of ‘Welcome to the Jungle’….to the sing-along of ‘Paradise City’….to Michelle immortalized…to the riff that is ‘Sweet Child ‘O Mine’…to the literal sex on tape in ‘Rocket Queen’, this album continues to live. It went from tape to CD to iPod to Spotify during those years for me; it played at my middle school dances, in my first car, at frat parties in college. It’s playing at the grocery store and someone’s doing karaoke to it right now. Hipsters, metalheads, rappers, and hicks…they all like it. It contains some of rock’s most ubiquitous songs.

Watching the album unfold on stage, with some Adler’s Appetite originals thrown into the mix, was an interesting experience. It made me think about what constitutes a cover band, how it feels to play songs that aren’t yours, and the fame coaster. How I’ve spent my whole life lamenting the fact that I missed out on the best scenes when really I’m living deep within one right now that I won’t understand for probably a good decade. How, while I hope to be rocking out at shows in some form for the rest of my life, I for damn sure do not want to look like I’m trying to trick someone into thinking I’m a younger age in a forgotten year.

As ‘Paradise City’ closed out the show, we made our way over to the Rainbow, which is the only place to go after a show like this. Sitting in the ocean view booth amidst rockers old and older, I thought about how life is more exciting in the fast lane, even when you encounter bumps along the way.

“Take me down to the paradise city
Where the grass is green
And the girls are pretty
Take me home (Oh, won’t you please take me home)”