There was one week back in June when you couldn’t NOT talk to a metalhead and have them bitch about the new Morbid Angel album. I’m not saying it’s good, but you can’t deny the influence of this band. I’ve never believed the whole ‘you’re only as good as your last work’ thing- which is why I have 2 degrees in advertising yet left the field very early on. And, if I believed that, I’d cut out about a third of the shows I go to! Anyway, I had never seen Morbid Angel, so even though I’d been going non-stop and just flew back to LaLa land hours before, I found myself at the HoB, drinking….a sugar free Red Bull.

The place seemed only half full and the entire upstairs was blocked off. Not only did that last album seem to piss off so many of the metalheads that they refused to go, but the price point of the show seemed pretty high (around $40). It did end up filling out….but in the meantime, I wandered around and saw a sign by VIP that read: “Tonight, seats $10” Really? DONE! I know sitting through a metal set is a weird thing….but I did not have the energy to fight the masses that night. Plus the view was nice.

When an album doesn’t do well, I’ve seen it either pushed more in people’s faces live, or hidden. The set started out with the oldest material…leaving everyone in the room to text their metalhead friend to gloat that they should have not been a snob and come out. It’s hard to believe that this band is from Florida in the ’80’s…but perhaps this was their answer to Miami Vice. The VIP seats allowed me to see how incredibly technical the band is…the guitars and drums left me picking my jaw up off the floor. 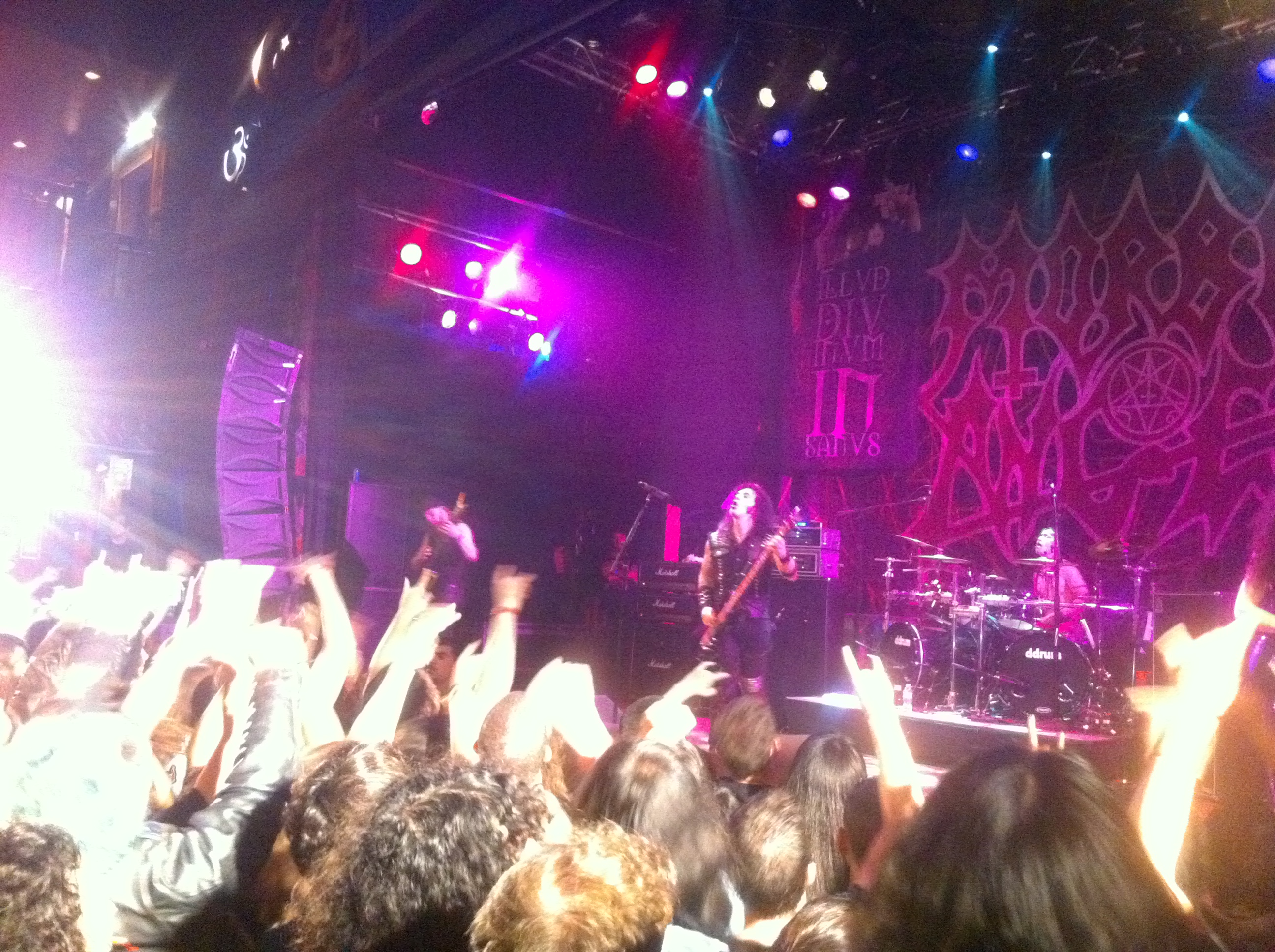 Then came that moment where vocalist David Vincent announced that they were going to play some new stuff, and the crowd immediately froze. People yelled for old stuff but refrained from throwing anything on stage. Regardless, the band played these few songs with a different kind of energy…the energy of new material….and that’s what it’s all about for the band, as much as we don’t like it.

It was weird to sit there with one side of the mosh pit going off with a wall between us and it. People were getting thrown out by security right and left. Then I caught something out of the corner of my eye, and found this Paul Stanley lookalike going crazy next to me, shouting every word. He looks over, motions to the seat next to me, where two drinks were sitting, and motioned to me and my friend. That was nice! Come to find out later on, he was wearing a homemade Morbid Angel t-shirt. I find the Ã¼berfan so endearing…and somehow they always find me at the show, so they can be written about here, I guess.

The show was good, but I’d classify it more along the lines of ‘I can check that off my list’. The real fun of the night occurred after a city roadtrip down Mulholland Drive, then to the Rainbow, where I once again wished someone would make a documentary about it…because I want to know who all of these random people I see there every time are!

Author HardRockChick 2
So I’m ramping up to relaunch my old blog, jamiesbrain.com. I’m going back and looking at my old show reviews, and I’ll have to...
Read More
My Musical Adventures