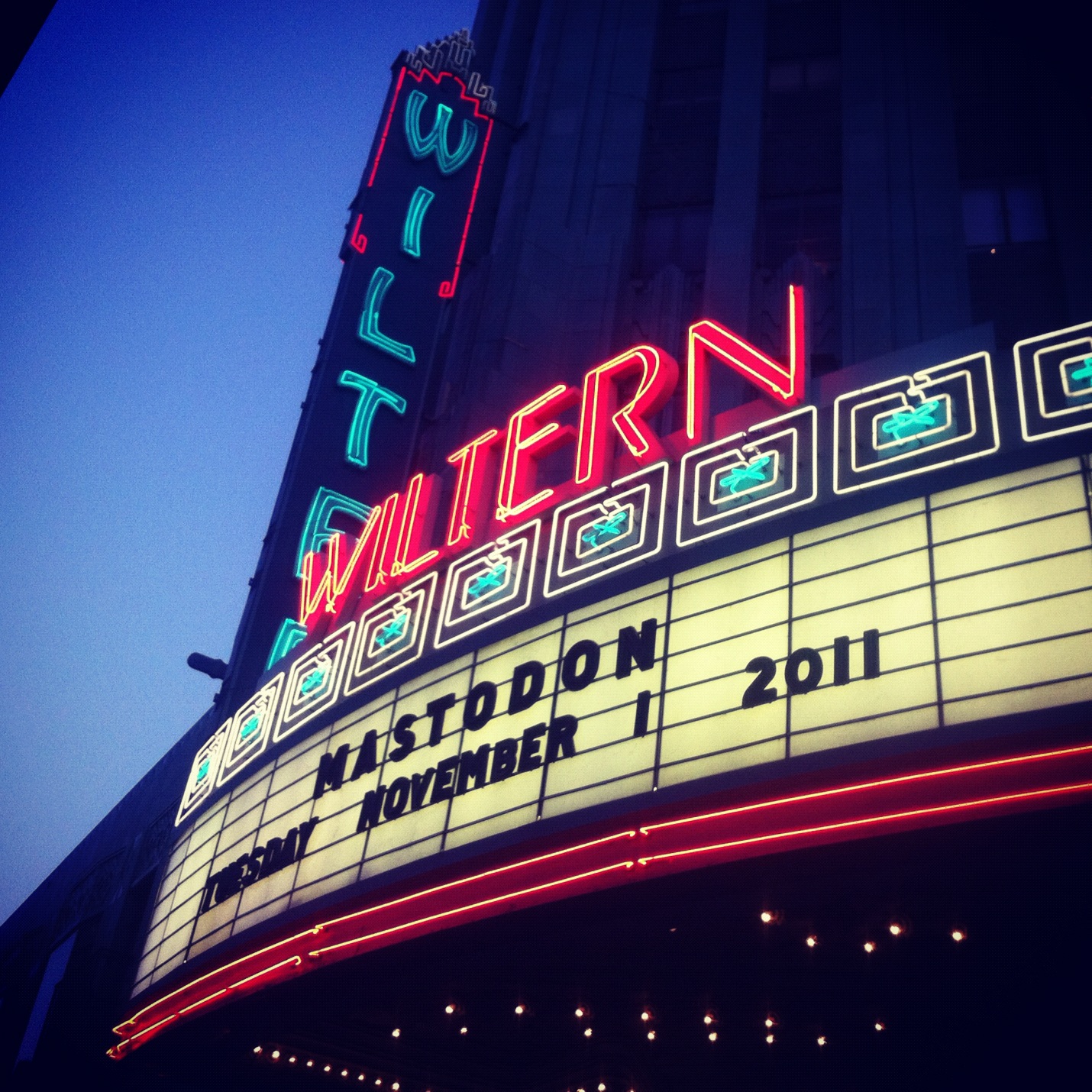 It turns out that was kind of the understatement of the year. When I said that, I was wearing a viking costume sitting at the 101 Cafe getting ready to go see Holy Grail play. Three days later, I was groggily trying to put together stories from multiple individuals and having photos sent to me, sort of like The Hangover.

Sunday night was my Goodbye (for now) party at The Rainbow, since I’m headed back to Texas. And, to make a long story short, in the span of 6 hours, the following happened: 2 bottles of Jack Daniels were consumed, I cried a lot, then had a nip slip, I conversed with a regular at The Rainbow that we always saw but never talked to and I don’t remember a thing, somehow Brent Hinds showed up, and then people started falling, and I ended up losing three teeth.

Yep, you read that right. I woke up Monday morning and I was missing most of three teeth.

Three days later, and people are still talking about this party.

I can’t decide if it was really good or really bad. That goes for the party…a lot of my time in LA…fuck, my whole life I guess!

Life has a funny way of balancing itself out, bringing things full circle.

And there I was, walking up to The Wiltern to see Mastodon, The Dillinger Escape Plan, and Red Fang. I had stayed in LA one day later than intended to see this show; a dream line-up for me that I would hit in several cities if I weren’t about to leave the country.

It’s the first night of the tour, and the line is long. I’m not thinking clearly; I have temporary fake teeth and I can’t get the faces of the people I’m going to miss when I leave LA out of my head. Gone are the days when I can waltz up to a Mastodon show at 5 and still be up front.

But then a venue worker offers us a VIP upgrade for $20 dollars that will get us in right away. It’s a no brainer; the trick is we have to get our third friend there in time to get her inside before they let the regular line in and limit the pit. As we wait, I order a water from the rock bar downstairs. The bartender looks at me and asks if I had a rough Halloween. I say, “put it this way: I woke up Monday morning and I was missing three teeth and she (pointing at my friend) has to get an MRI tomorrow for a bump on her head.

He looks at me and slowly raises his hand to high five me.

I’m not even really sure if doing rail at this show is a good idea. I mean, the last time I saw Mastodon I swore off rails at big shows forever. But the finality of the whole thing: it being my last night, two of my favorite bands, and with three of my favorite people…it was just too hard to resist.

So the next thing I know, we’re standing at the center rail. 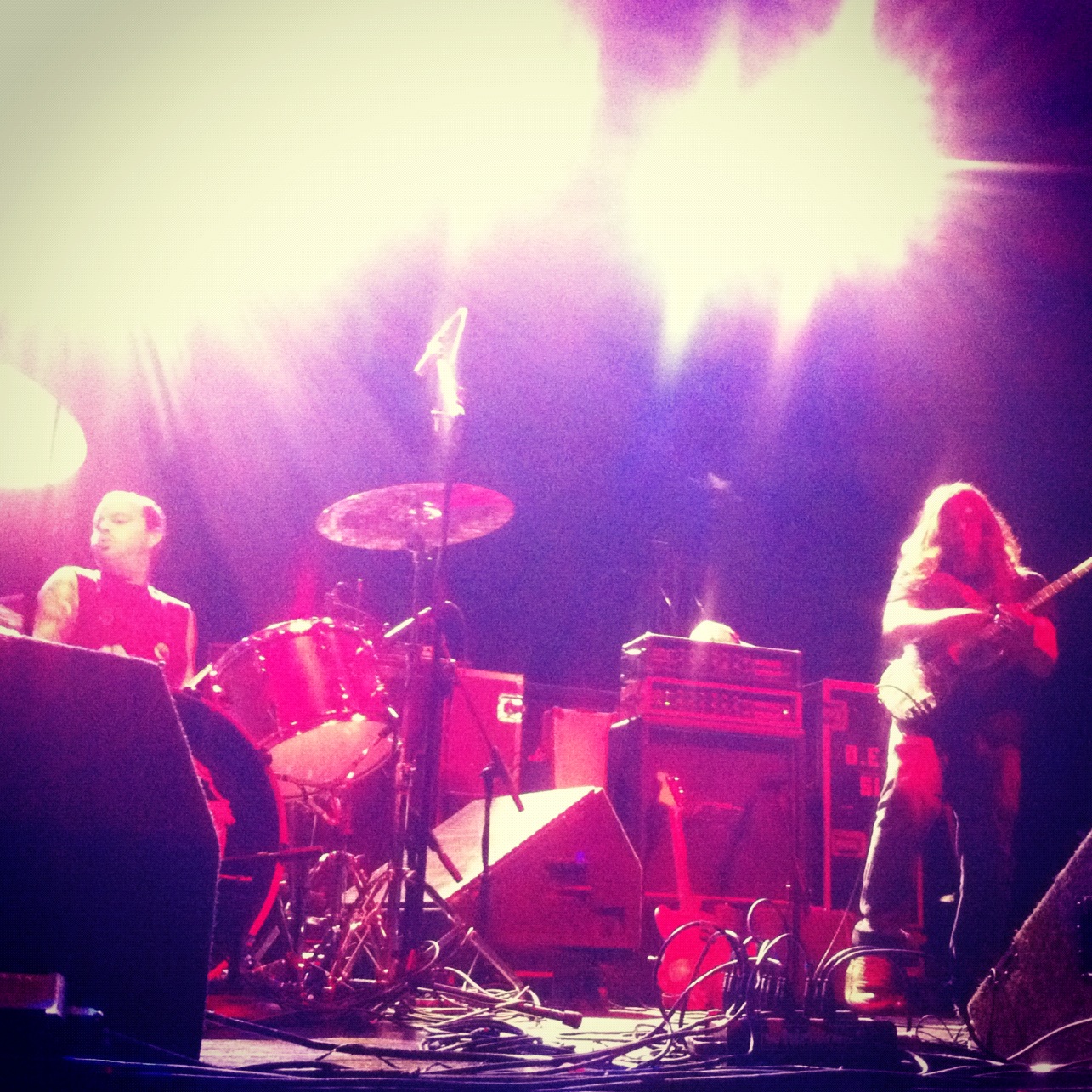 The last time I saw Red Fang was at SXSW. Full circle moment 1: one of my new LA friends that was involved in the party falling incident was at that show of about 100 people before we knew each other. Red Fang’s Southern sludge got things off to an excellent start. Full circle moment 2: The guitarist informs us that it’s been an interesting day because he had to have a tooth pulled, which he’d never done before. TouchÃ©, my friend! Red Fang looked a little nervous, but over the set their confidence built, and I could measure this by how many times the drummer spun his sticks per song.

The Dillinger Escape Plan are one of my favorite bands. This was my seventh time seeing them, and I didn’t think anything could ever beat the first time. But I think this night may have actually won out. I was telling my friends before the set that, while they were about to witness an amazing set, DEP on a big stage doesn’t fully capture their spirit, which thrives in a small club. This is based on the shows I saw them play with Deftones, where they contained their chaos to the stage. Full circle moment 3: The last time I saw DEP on this stage was at the final NIN show. Within the first few seconds of “Farewell, Mona Lisa”, vocalist Greg Puciato jumps on the rail right where my friends and I are standing. Everyone collectively looks to me to make sure I still have my teeth. 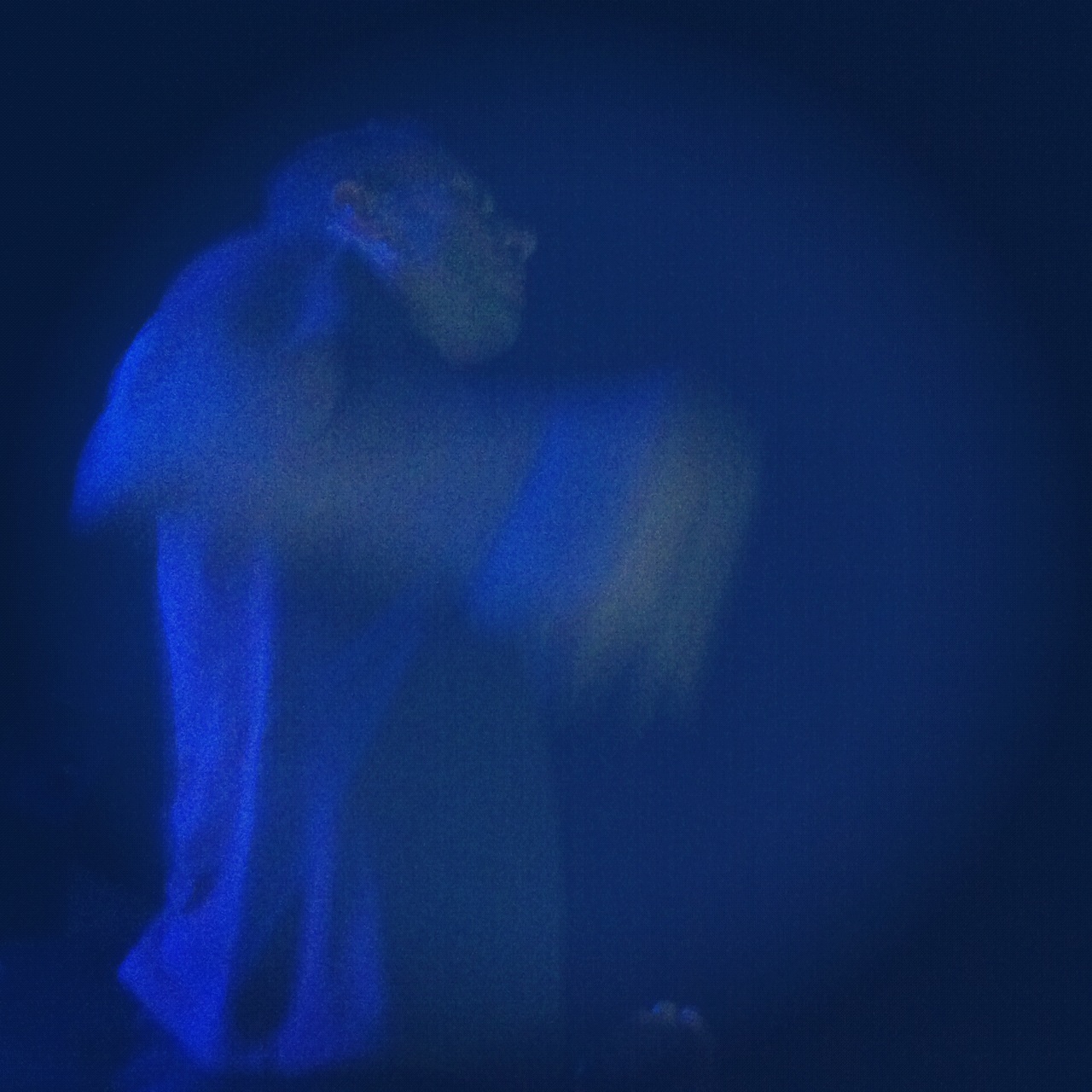 From there, all hell broke loose. Puciato is up in the first tier…which is actually where I originally thought we should stand. This became the real danger zone. You see, Puciato was PISSED- just like I get pissed- that The Wiltern limits the pit so much that it loses a lot of its energy. He would make this sentiment known a lot over the night. I’m watching guitarist Ben Weinman work his magic, and I’m recalling my favorite interview I did with him earlier this year. Full circle moment 4: DEP is like my death angel band; they were the last show I saw before leaving TX for here, and now they would be my last show before leaving to go back.

The setlist was mostly unexpected; I’m watching Puciato scale the stacks and sway during “Room Full of Eyes”, and he moans/sings and Weinman does his little dance before spazzing out and flinging spit everywhere. Before the set began, I told my friends that I wasn’t sure I had it in me to get really into this set. IT LEFT ME NO CHOICE!!! They are one of the only bands where I lose control, I can’t help but scream the words, or move during certain parts. Their energy is really infectious….and since their level of craziness was that of a club show and I was right there in the middle of it….I smiled big for the first time since I lost my teeth.

The relative mellowness of “Milk Lizard” gives way to the pure relentlessness of “Panasonic Youth”. The speakers are mostly behind me, muddling the intricacies of their sound to a point where sometimes I got lost…but then I’d get swept up in the familiar aggression of the choruses. GOLD TEETH ON A BUM!!!!! This is exactly what I needed…this is exactly what I wanted….to forget everything that had just happened and everything that was about to happen. I was balancing on the moment of this set, wondering if I might get my temp fake teeth kicked out by Greg and generally bracing myself for what was next.

“Weekend Sex Change” made it into the setlist most likely due to it’s prevalent similarities to Mastodon’s prog identity. I don’t think I’d ever heard it live before…it was almost uncomfortable.

“Horse Hunter”->”Chinese Whispers”->the crowd selected “Sunshine the Werewolf” over “43% Burnt made this one of my favorite sets this year. There were several points where I just wasn’t sure what was going to happen next, how the music was still going with two members crowdsurfing far away from the stage, where to look when people were behind me and things were being thrown off the stage.

And the final moments of “Sunshine”, when those of us who know scream as the music nearly stops:

When the people next to me started calling DEP talentless people who create a crazy show to mask their bad music, I laughed inside. DEP is not for everyone; and I’m kinda happy about that. They’ve been my band to listen to when I need to exorcize demons for years…and that need keeps growing and growing. So if you don’t get it…I’m glad this music bothers you. You’re not doing something right unless you piss some people off.

Full circle moment #5: This was my 11th time seeing Mastodon, and it was 11/1/11. Everyone has been aghast because I’m not completely head over boots in love with The Hunter; but honestly, nothing was going to beat CTS for me. But, over the set, some of the songs grew on me a bit. The titles and some of the hooks of the songs are a turn off for me…I just can’t sing them. “Curl of the Burl” sounds weird to say, and it just so happened that during this set a very bad smell infiltrated our area. Even me- who haas a weak sense of smell- could sense it….so I’m pretty sure that’s what the Curl of the Burl is…something that smells really badly.

The first part of the set was being filmed for something, and I can’t wait to reflect on the intensity of the band on this evening. Though I loved the CTS tour, something was lost when they played the same thing time and time over live. Tonight everything was new; it was my first time hearing a lot of these songs live, the first night of this tour, and one of the first times I’ve seen guitarist Bill Kelliher so animated. Perhaps he is feeling better, since he’s suffered from pancreatitis off and on over their touring years. 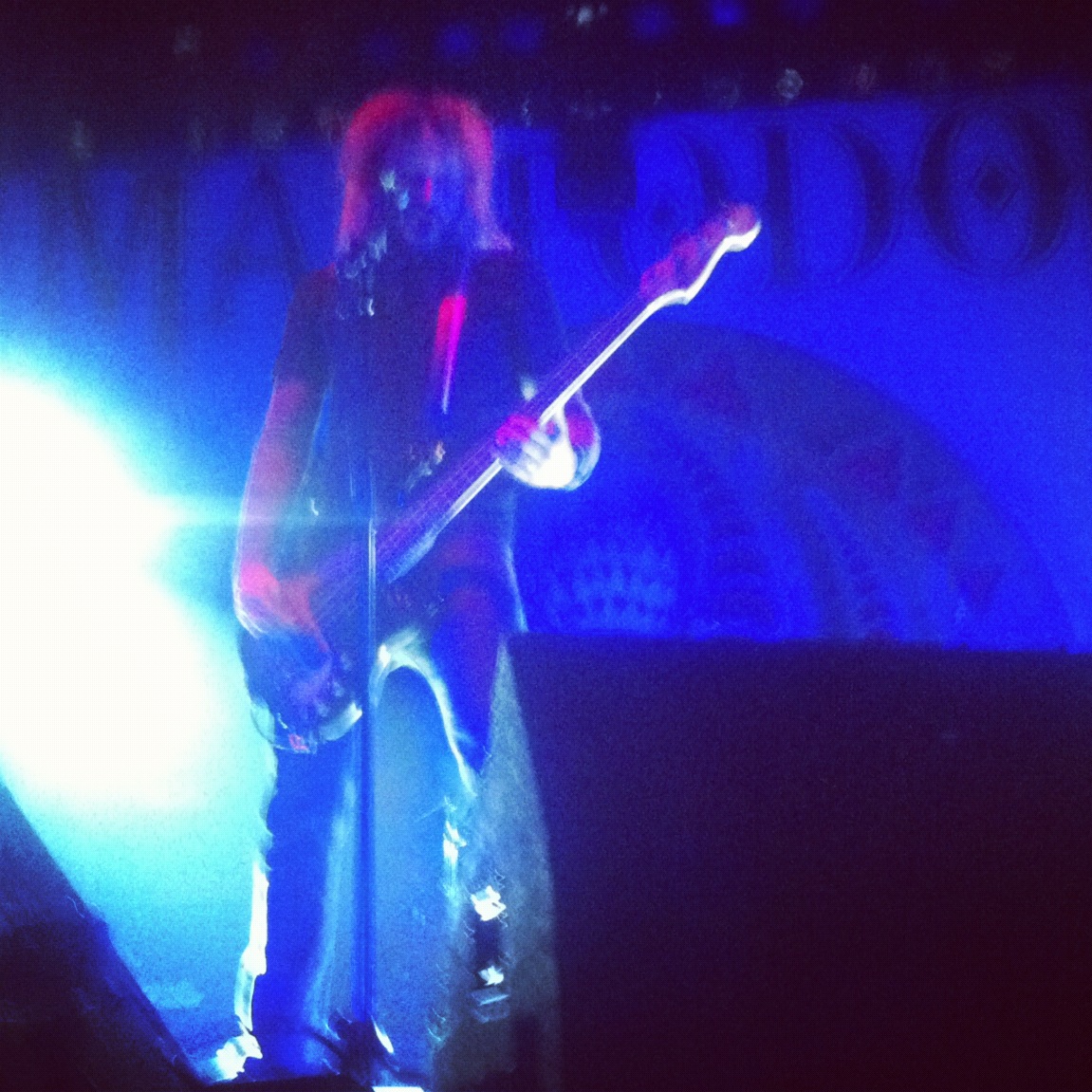 I loved that so many Blood Mountain songs were played. That’s the album that, after falling in love with CTS, I went back to and experienced differently. There’s a certain nonsensical element about the song structures that makes me understand why DEP is opening for them.

Full circle moment #6: About halfway through the set, Brent Hinds turns towards us and points with that look of knowing on his face…knowing, as in…those are the three crazy bitches from The Rainbow on Sunday night. It was a hilarious moment; I still have no recollection of what I said to him beyond that I’m pretty sure I shut up after realizing that I was fangirling out, like the one time I tried talking to Troy Sanders. Mastodon is one of those bands where I never want to know the members beyond the music; I don’t want it to ever be spoiled for me.

At 21 songs and nearly two hours, this was the longest set I’d ever seen Mastodon do. It took us on a true journey through their albums, and somehow I left looking at the band in a different way. As we reached the final song, “Blood and Thunder”…I probably became the only person to cry at the end…because that meant it was over. It was all over. 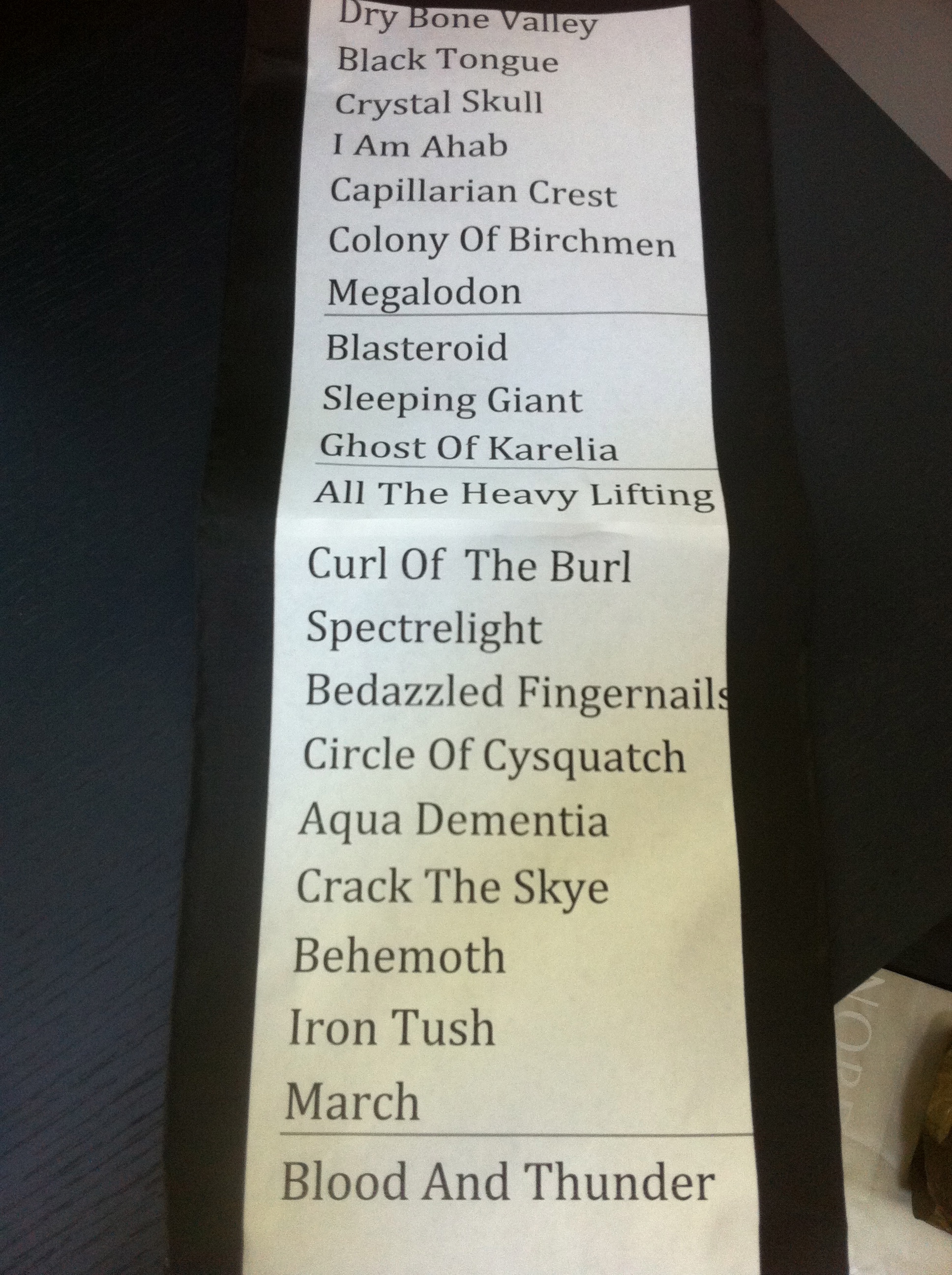 To have this be my final show was beyond perfect. As I said goodbye to my three friends, we took one final photo, and were immediately pushed out of the way as a fight between bootleg shirt sellers broke out.

It was truly dramatic until the very end.

As the metropolis of LA faded behind me in my rearview mirror, my whirlwind five months seemed a dream. The only thing that could calm me down was listening to the music of the night before, the songs that reminded me of my friends, the tracks that would forever be tied to memories for me. Because no matter where I go, the music can always come with me.

Author HardRockChick 7
8pm is just too early for a metal show. By the time the security line allows me inside, I have to make a mad...
Read More
My Musical Adventures