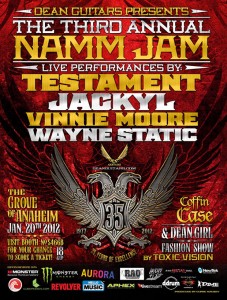 It was to be my second year at NAMM; and this year I was prepared. A room at the Hilton, comfortable shoes, and an expectation to be really overwhelmed made things just seem much easier this year, as I wandered the convention center chatting with various friends and gawking at arrays of shiny instruments.

Last year, I spent all of Friday on a scavenger hunt type mission to find passes to the NAMM Jam, where Megadeth headlined. This time, before even deciding if I would attend, I found passes in my pocket for me and my girlfriends…and the fate of Friday was decided then and there.

Walking into the front of The Grove is like walking backstage at a metal festival or the like…you are surrounded by familiar faces in various states of inebriation. The dark and hazy patio is abuzz, and I try to let the hum of my excitement not sound too off pitch. 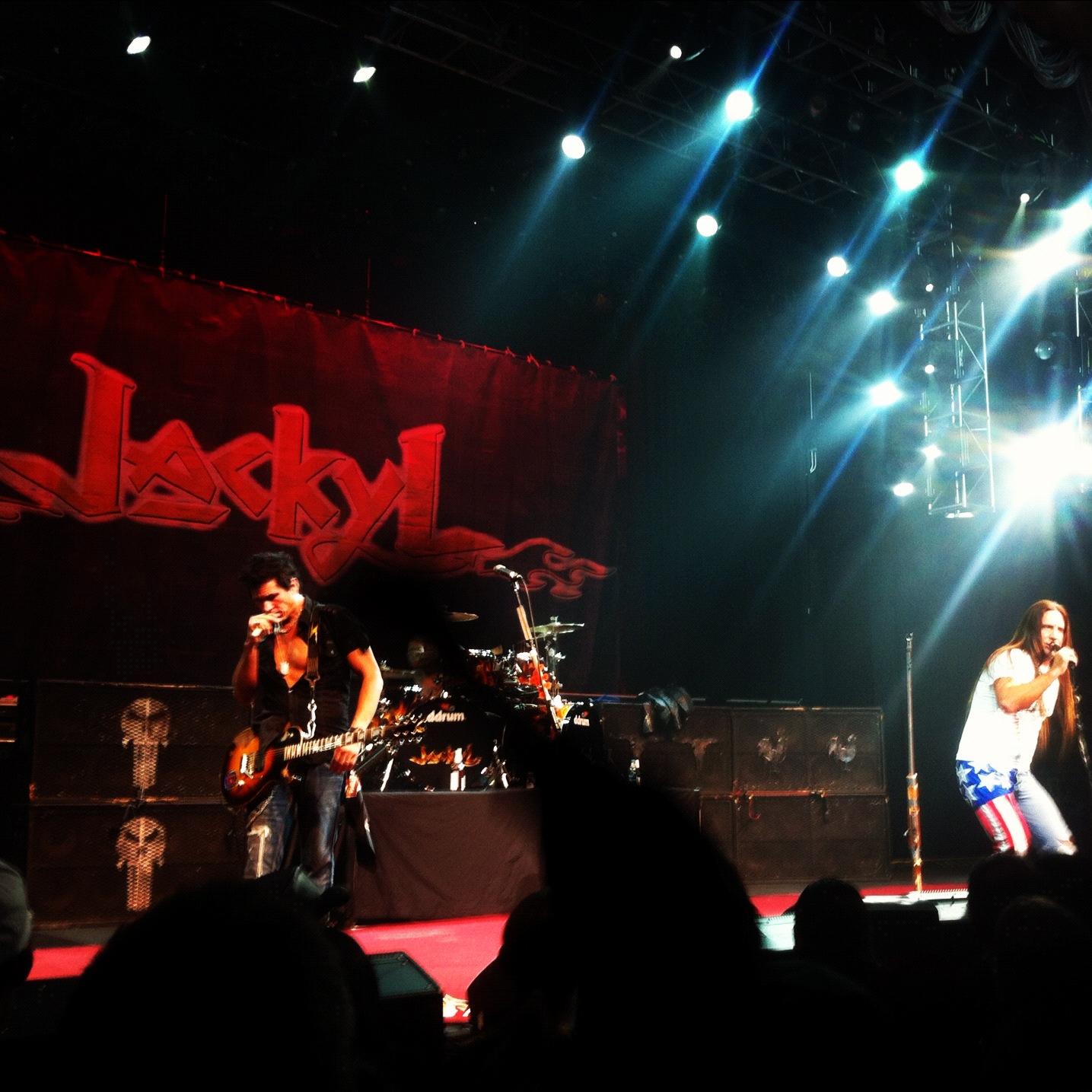 We make our way to the pit to see Jackyl– a band who I hadn’t even thought about in at least ten years. It was a little strange to walk past David Vincent on the pit floor to watch the show…but that’s the NAMM Jam for ya. Jackyl is a weird band to me…their vibe is kind of Nugent meets Anvil, and it feels almost painfully American and strikingly ’90s. It was entertaining to watch their schtick for a bit, but then I found myself creeping back into the lobby to catch a song from Metalachi. 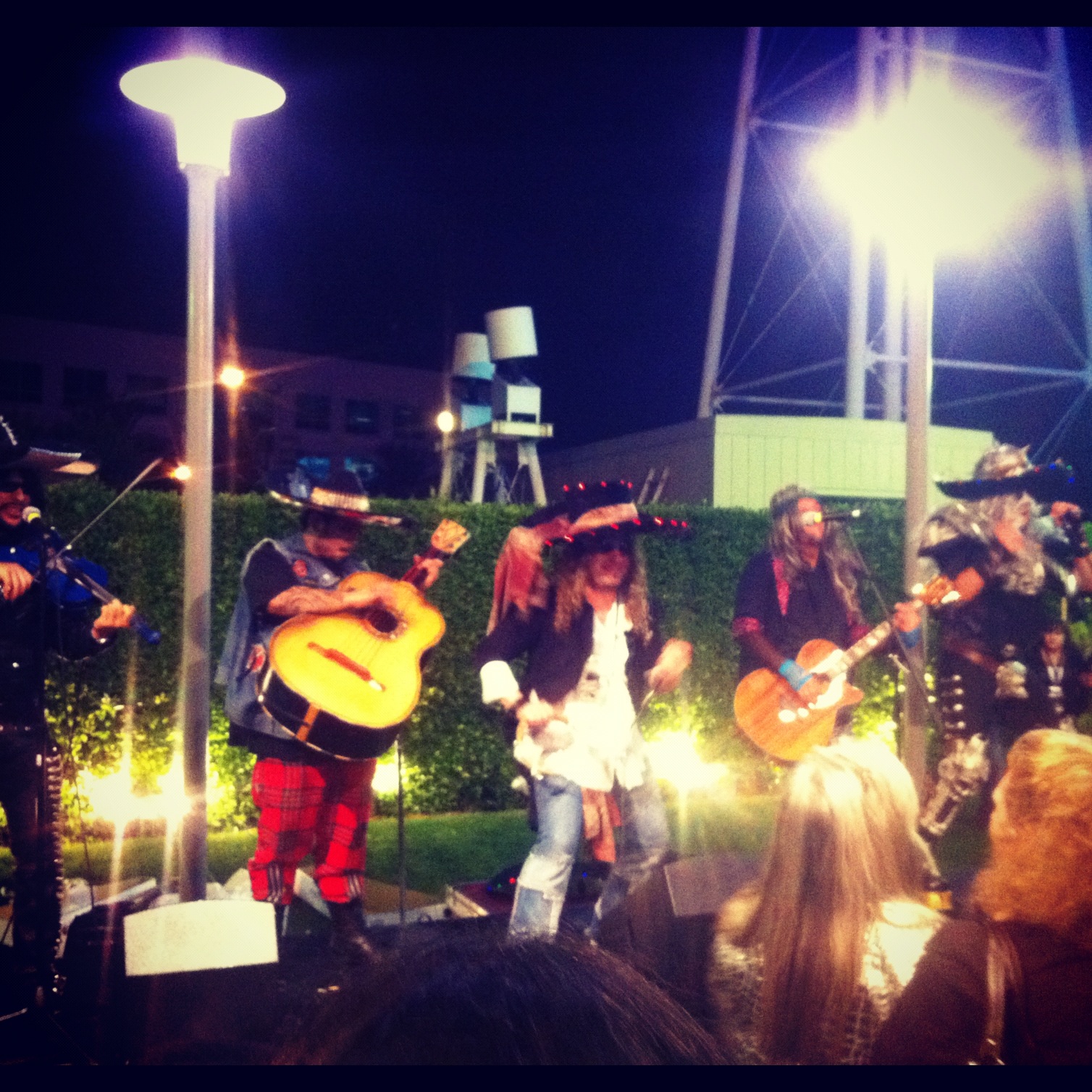 It wasn’t until I was standing there waiting for Testament to go on that I realized that somehow, I had never seen them before! How did I spend so much time living in the Bay Area and miss seeing them? I’m not sure, but that took the underlying buzz of NAMM excitement and throttled it for me. The instant they began, a pit broke out and I found myself wedged against the back wall fending off the few non-famous metalheads in the room who reminded me that this is a show and not necessarily an industry showcase that it is primed to be. It had been far too long since I’ve been around that energy; and as I looked up towards the stage and raised my fist I thought, “I’M BACK.” I’ve spent a lot of time trying to live a more normal life lately, thinking about winding down this blogging thing…but it’s moments like this that remind me that THIS is what I’m supposed to do/where I’m supposed to be. As Chuck Billy shrieks, and Alex Skolnick answers with his guitar, I felt the magic of doing what you love no matter what. Testament may have never reached Metallica and Slayer levels, but they have respect…and perhaps that is more important than anything. Though I had been introduced to Paul Bostaph earlier in the evening, it would be a much slimmer looking Gene Hoglan on drums tonight. Testament completely sucked me in this evening- it was fuel for a fire that was almost burned out inside of me. It was exactly what I needed. 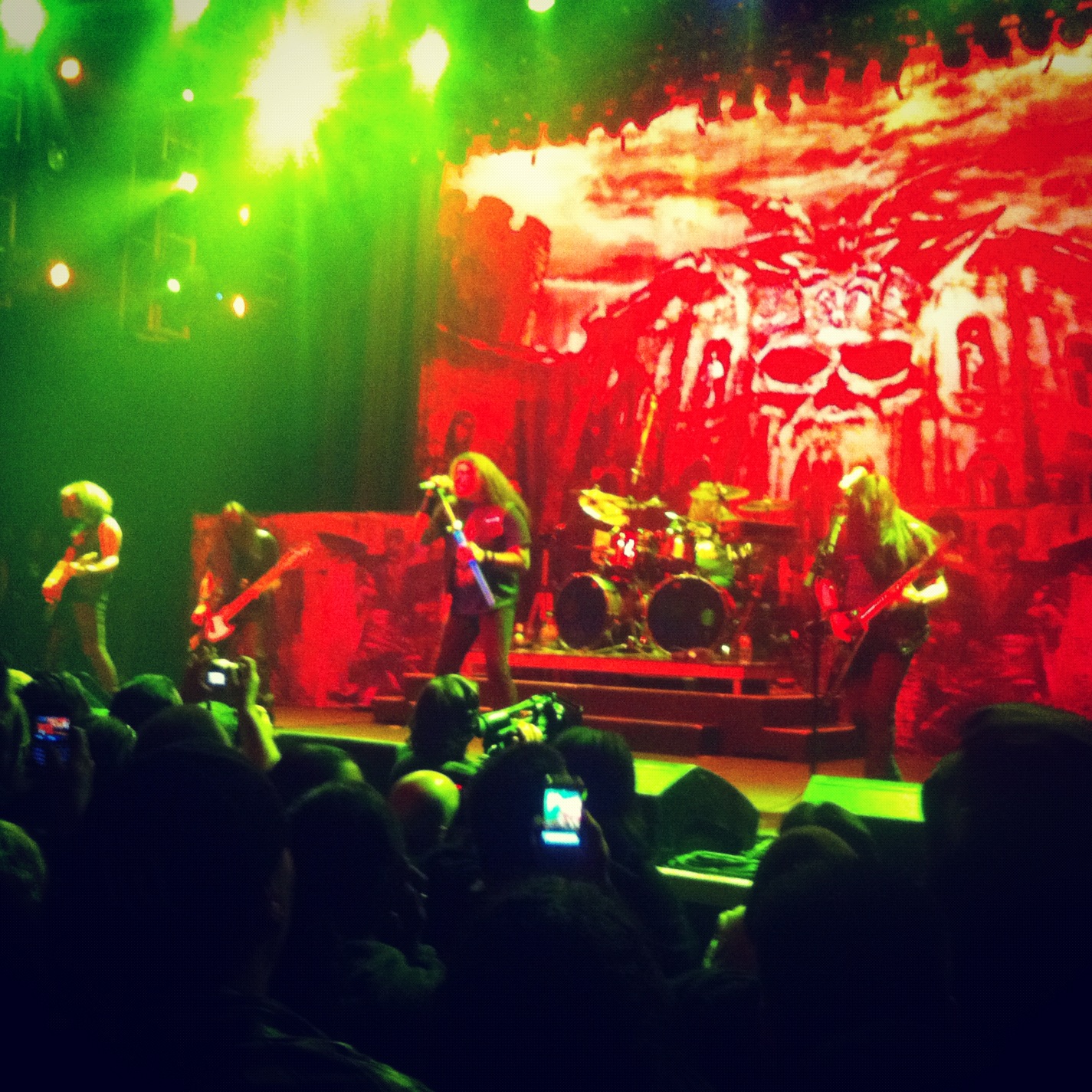