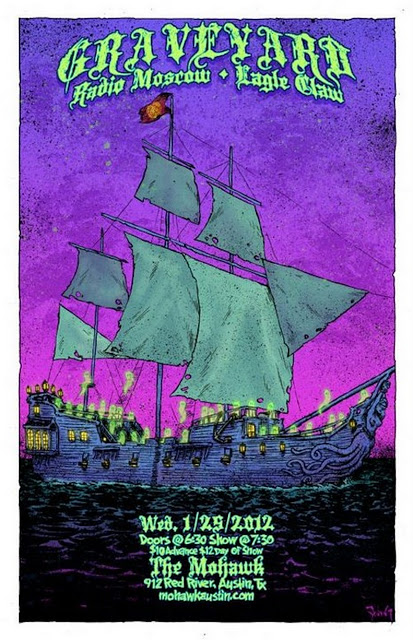 Early that morning I was launched out of bed by thunder and lightning shaking everything around me. The flickering luminescence caused by the lightning cracking down was repeatedly followed by the thunder that shook me to my core as I thought a tornado was headed for me. Mother nature is a beast.

But luckily she subsided in time for the show. The angry clouds gave way to a blazing sunset that looked as if the sky had been slashed and was bleeding as it retreated West.

Dampness held to the air as I waited in a slow line outside the Mohawk, which I can only imagine will hold many of the shows that used to be in the now vacant Emo’s original space up the street. The walls are already vibrating from the sludge metal of locals Eagle Claw. It had been a while seen I’d seen them, and I was pleased to find an already packed house tangled in the web of their sticky, heavy riffs. We’re all spacing out, some more than others as they toke the first of many joints that evening, and we’re focused on something inanimate the music is luring us to. There are no words to pull us from this, and the only time we break focus is when the girls up front start shrieking. 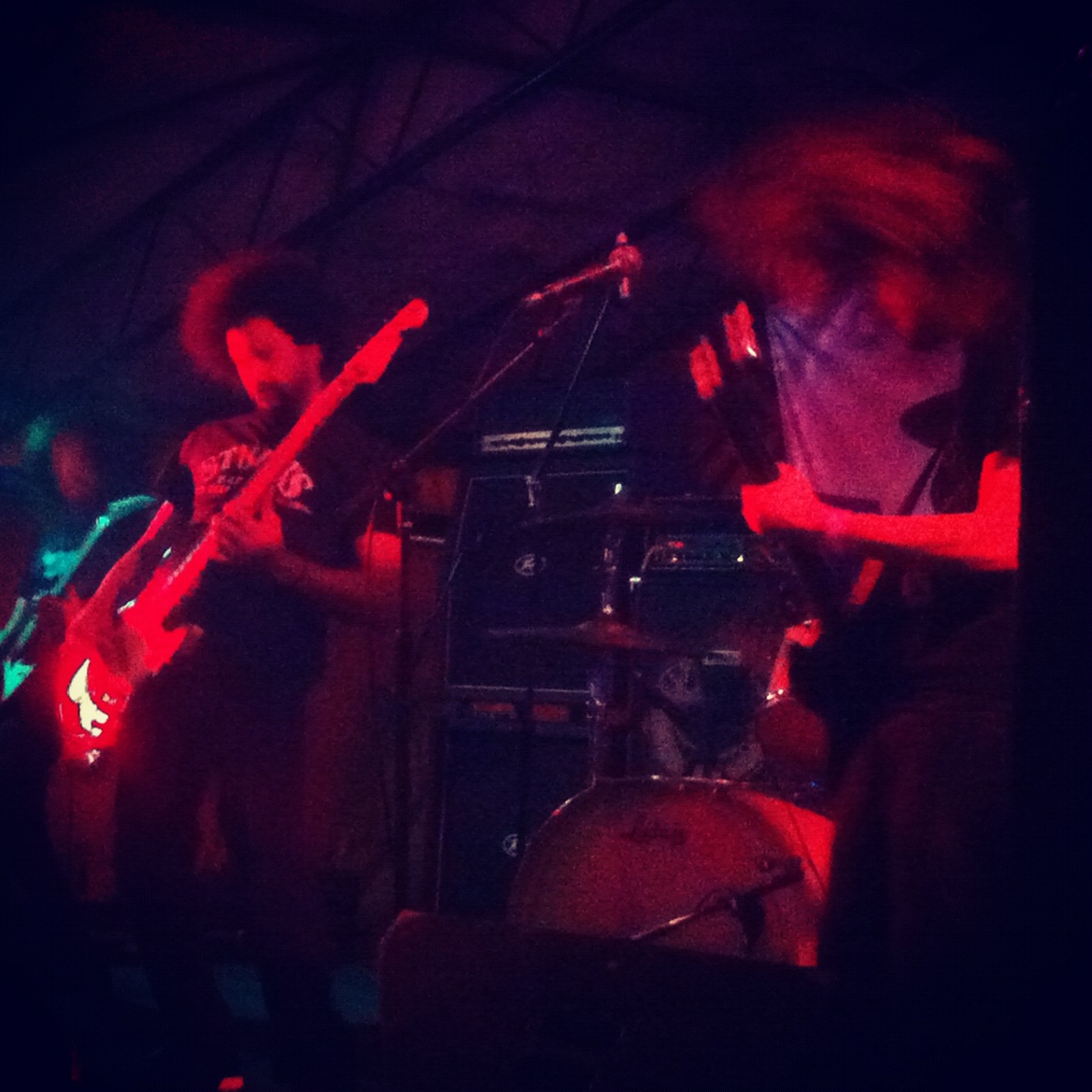 Radio Moscow are one of those bands that I’d heard the name many times but I knew nothing about them. While watching them set up very slowly I didn’t have any real expectations for the set…but that all was blown away the instant Parker Griggs started playing the guitar. It’s been a while since I’ve seen someone that I didn’t know going into the show and was impressed enough to Google him afterward. The way the blues/psych rock emanates from his guitar is masterful, it sucks you in and is absolutely the focus of this band. Which may have been good, since he admitted that they’d only been playing together for two weeks. The ‘water art’ backdrop was in full force, and I felt a bit like I was inside a lava lamp in my high school bedroom…not to mention the contact high I was getting on top of being on a very strenuous round of lung steroids that was making me feel strung out. But I didn’t mind this altered feeling; it fit the music, it fit Austin. 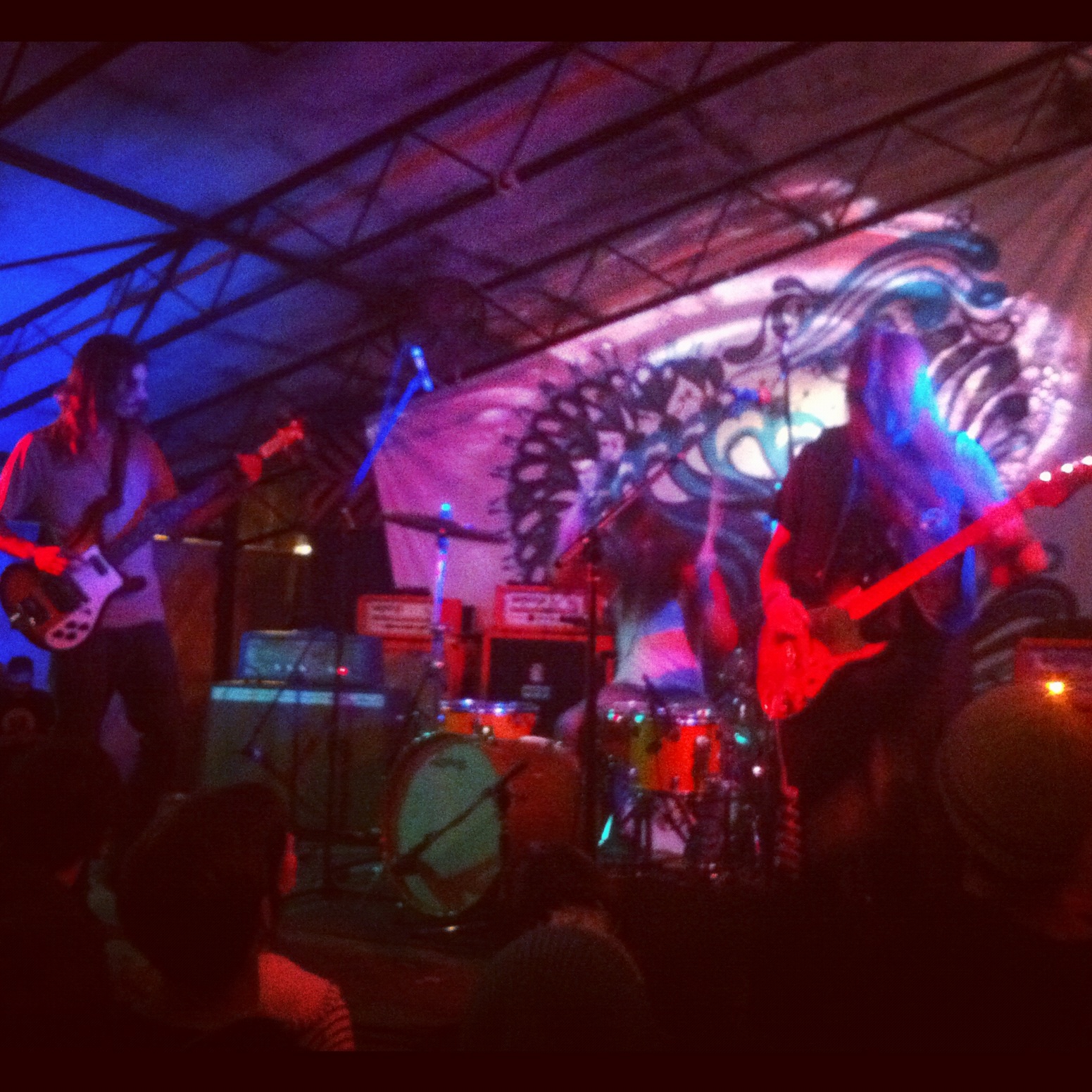 I’ve only recently become familiar with Graveyard, but I really, really dig what I’ve heard. However I was a bit shocked by the full force swarm that came upon the front stage area as people tried to get as close to this band as possible. The four guys on stage look like they could live in Austin, it’s only when they start speaking that truncated, hurried sounding language that is Swedish that one could tell they are from far away. They ooze rock ‘n’ roll in a way that feels nearly extinct these days, and they begin playing with little fanfare as the crowd begins to focus.

They play for themselves, barely acknowledging the crowd expect in brief moments between songs. It is a truly inward, authentic performance of a sound born many decades ago reimagined for today. The sounds, the sentiments…they are all simple but serious and most importantly, unifying. The drummer- the court jester of the bunch- is wearing a “smile if you’re gay” tank top, and, when in the spotlight, makes crazed faces as he goes animalistic on his bare bones drum kit. 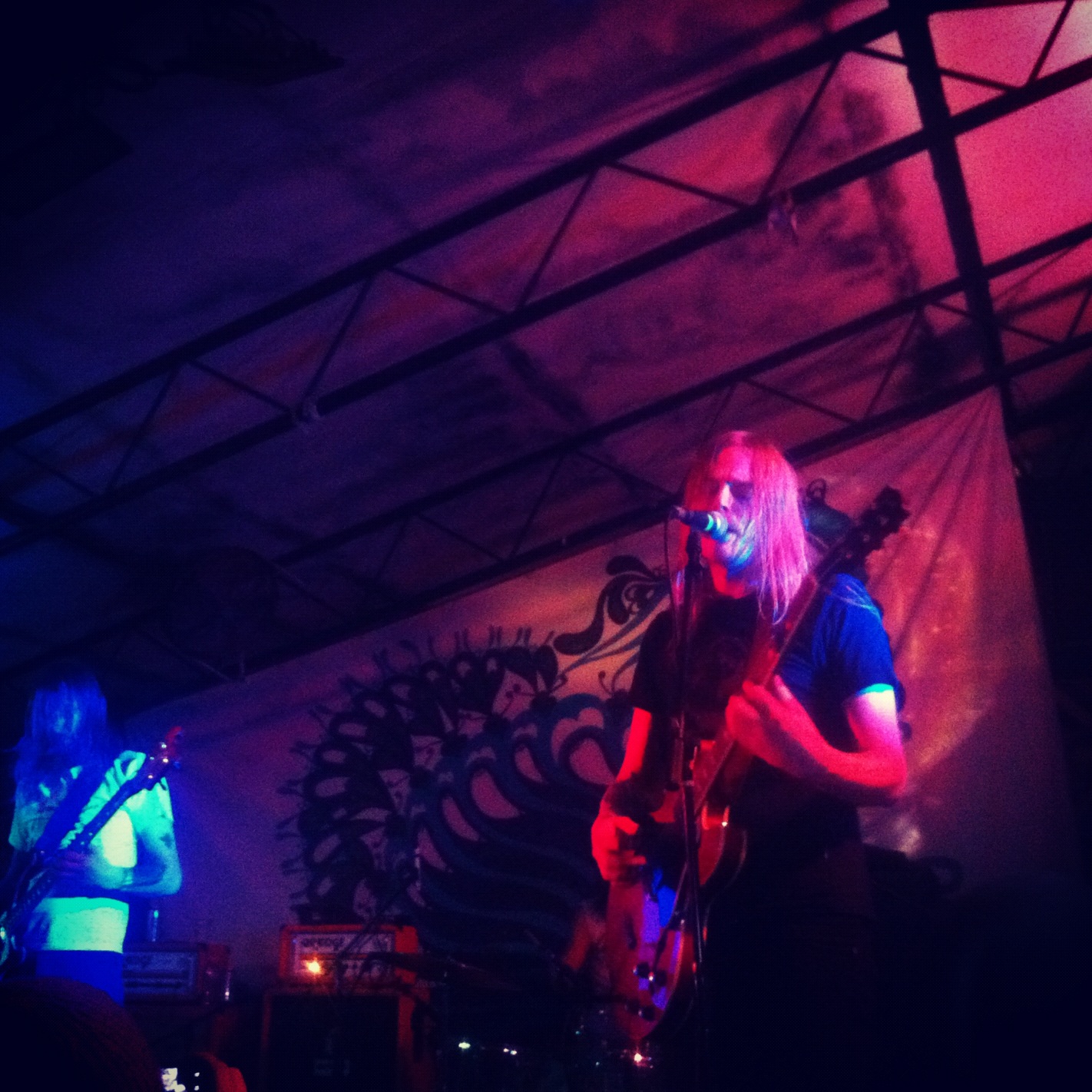 Austin has a lot of love for Graveyard- there were times where it got a bit rowdy and then there was the inexplicable hipster crowdsurfer. But we grooved and moved to the sounds coming from the wall of Orange amps. There was true excitement in that room for their presence, from the girls’ lusty eyes, to the guys technical interest, to those that would shout “thank you for coming to Austin” between songs.

The perfect balance of soulful songs to bluesy rockers, this straightforward set really charmed me in a way I hadn’t felt in a while. As the final songs played- the guitarist broke a string at the onset of a song, requiring a mid-song guitar swap. It reminded me of why I love live music- the imperfections that bring out the drive of the musician and the teamwork that goes down on the stage. From the displeased moment of discovery of that broken string, to the eye contact to the tech, to the changing of guitars as the other guitarist filled in…it all kept going. There is so much beauty in imperfection. 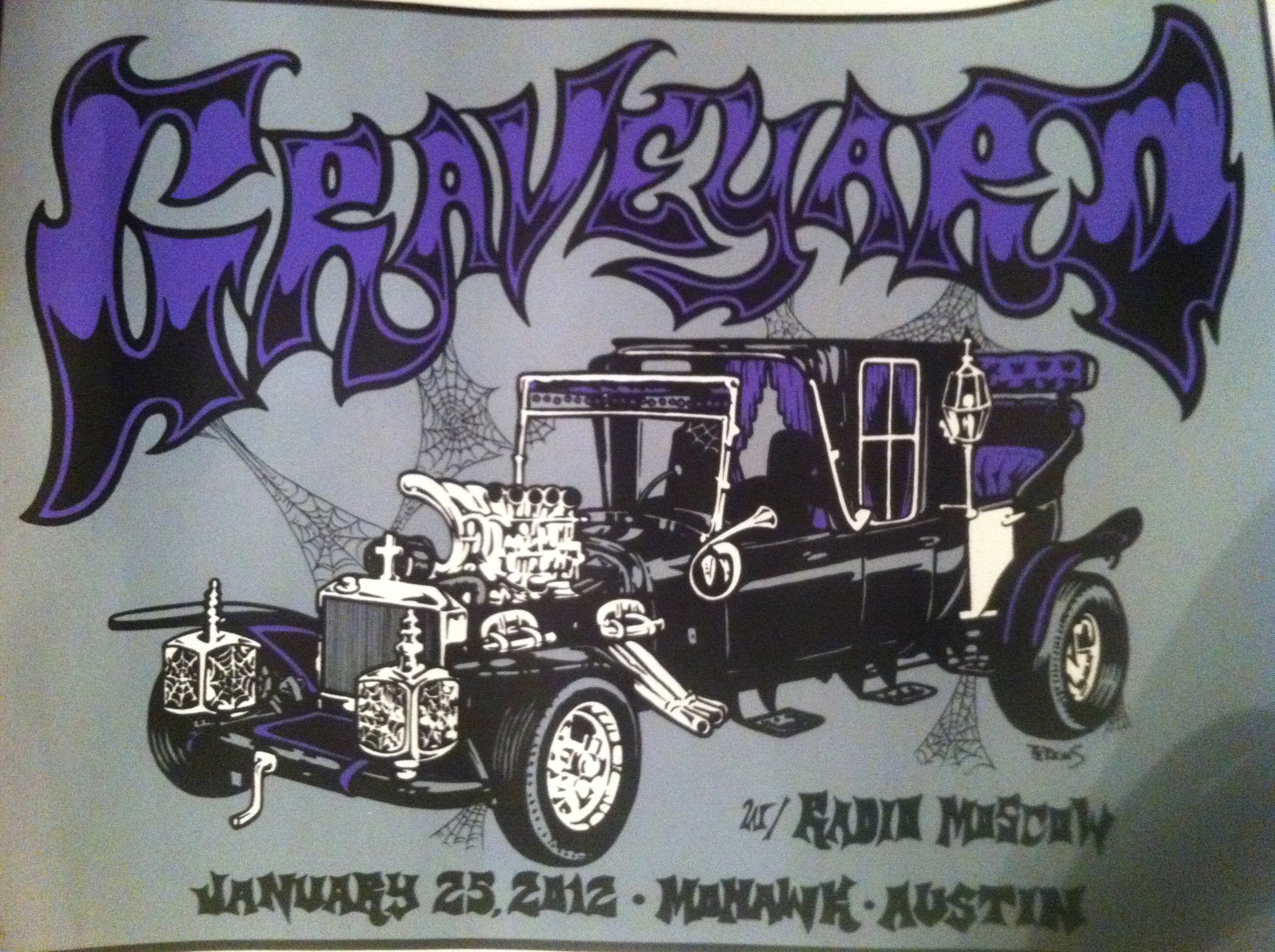 Author HardRockChick 1
I said I wouldn’t go. I absolutely hated last year’s festival. I didn’t care for any of the headliners this year, but they kept...
Read More

Author HardRockChick 0
It would be my first show of the year, and if this set the tone for the rest of 2010, I’m buckling up now...
Read More