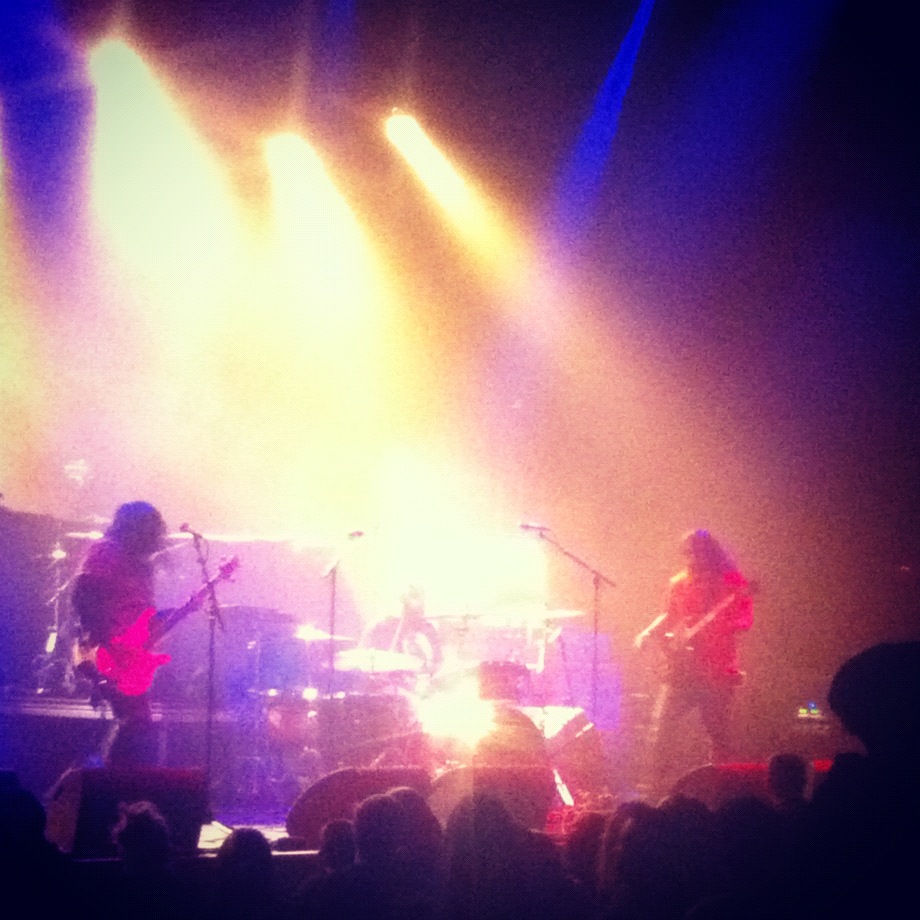 My new year’s resolution was to learn to say “no” to things. So far I am failing miserably.

No, I’m not talking about drugs…unless you count music as a drug- which I kinda do. I’m talking about overcommitting myself to doing anything that comes across my radar.

I have what my friend calls FOMO: Fear Of Missing Out. Tuesday, the 7th of February would be a classic example of HRC FOMO.

As the Rock Blogger for the GRAMMYs- GRAMMY week events would start the same time as the In Flames / Trivium / Veil of Maya / Kyng tour rolled into LA. But instead of choosing one or the other, I chose both.

At 6:45pm we found ourselves in a massive line to get in, arriving with only minutes to spare before Kyng walked onstage.

The last time I saw Kyng was in the smallish Key Club. After that, I listened to their album more closely and became so enamored with it that I chose it as one of my top albums last year.

As soon as Kyng began to play, I realized that the band was playing up their harder elements considering their tourmates. Coupled with the larger venue and better sound, I was almost overwhelmed by how great they sounded. Vocalist Eddie Veliz charmed the crowd with his pure rock vocals, as bassist Tony Castaneda and drummer Pepe Clarke chimed in to destroy it all in a perfect contentious relationship. Their moves were bigger; they thrashed around fiercely as they played. A new song was performed, tantalizing us with what will come next from them. I watched the crowd who had yet to hear them be drawn in.

The set wasn’t long enough…but we were off right after to get red carpet ready.

Author HardRockChick 1
2 years and 8 months ago, a fledgling HRC wrote about her first Mickey Avalon show at Popscene. Since then, I’ve seen him three...
Read More
My Musical Adventures