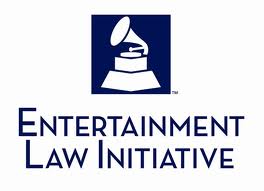 I knew this was going to be one of the most action-packed, geeky, and start-studded days of my life…and the energy was pulsing through me as I fought traffic to get to the pink palace known as the Beverly Hills Hotel. Today’s event was a luncheon called the Entertainment Law Initiative.

I pulled up to valet and was walking up towards the hotel mentally preparing myself for entering a room full of lawyers when someone caught my eye. Everything went in slow motions as my eyes bulged and I almost stopped in my tracks when I realized it was DAVID LYNCH. And it wasn’t just him…he was walking next to Laura Dern! Lynch looked at me and I managed to nod hello and smile maniacally as we passed each other. I’ve seen a lot of famous people in my life, but this one might be my favorite; when I saw Twin Peaks at 11 years old it piqued my interest so much it set the tone for my taste for the rest of my life. Last year I made the pilgrimage to Snowqualmie, and I even had a ring made that is a replica of the Twin Peaks owl glyph ring. It was a great way to start the day.

The room was buzzing with lawyers in suits speaking a language I barely understand. I definitely stood out in a pink dress with tattoos and piercings, but I was getting ready to geek out alongside them.

The event began with a video introduction by the law students who were the finalists and winner of the scholarship contest. The each introduced the focus of their papers- from copyright infringement to illegal file sharing apps to sampling to the secondary digital music market to the winner who focused on Hype Machine. They each added a bit of lawyer humor to their videos, which promptly went right over my head as the rest of the crowd chuckled.

I’m a big fan of Spotify, and the keynote speaker for the event was the CEO of Spotify, Daniel Ek. The discussion was moderated by Bloomberg Newsweek editor, Josh Tyrangiel. It’s crazy to think that Spotify has only been in the U.S. for 6 months – it’s completely modified my listening behavior already.

Ek started his first company in ’97 at the age of 14..meaning that he’s younger than me! He described the motivation for starting Spotify being that his home country- Sween- is a “country full of pirates”. He went on to talk about how nowadays consumers are “listening to more music than never before.” People hesitant of streaming services have issues with their payout system, which he addressed by speaking broadly that “$250 million has already been put back into the industry…and this is only the beginning”. He added detail to this by talking about how when Spotify users put music into a playlist, they keep listening…which leads to more money in the long run than a one time iTunes purchase. Speaking of iTunes, he stated that their aim is to “cannibalize piracy, not iTunes”.

There was talk of how streaming services allow you to really analyze listening behavior. I find this fascinating since my professional (read: money-makin’) career is in consumer behavior. “We want to make this the most artist-friendly tool there is”, Ek stated. On the topic of artists not wanting their albums on Spotify- something I’ve thought about due to that being fairly prevalent in the metal genre- he called it “a misconstrued dialog”. He compared annual payouts of iTunes to Spotify being very competitive. He went on to mention that they are trying to take away some legal issues that artists have to deal with on multi-market releases.

“No one complains about our DRM system” Ek prided. On Spotify’s partnership with Facebook, he talked about how its “an easier way of sharing and discovering music”. Those that are social are “three times as willing to pay for a streaming service”. He went on to mention that Live Nation has used listening data to provide concert info to fans. “Facebook is a platform where social discovery matters”. Taking that even deeper, he discussed how, through Spotify, you can identify key influencers, and how music spreads.

The discussion ended with a mention of how Spotify just got the marketing plug “of a lifetime”: President Obama recently posted a playlist on Spotify. And with that, I felt firmly grounded in the year 2012.

To end the event, Howard Weitzman presented John Branca- who was Michael Jackson’s lawyer- with the ELI Service Award. I had noticed some protesters outside…the Jackson drama continues…

GRAMMY Foundation's Music Preservation Project: "One Night Only": A Celebration of the Live Music Experience

Author HardRockChick 0
The last day of Outside Lands was a cold one. It went from 85 degrees the day before to around 60. Brrrr…… I thought...
Read More
My Musical Adventures

Author HardRockChick 0
“I’m sorry, ma’am, but we can’t seem to locate you. It appears you are in the middle of nowhere. Can you call back when...
Read More