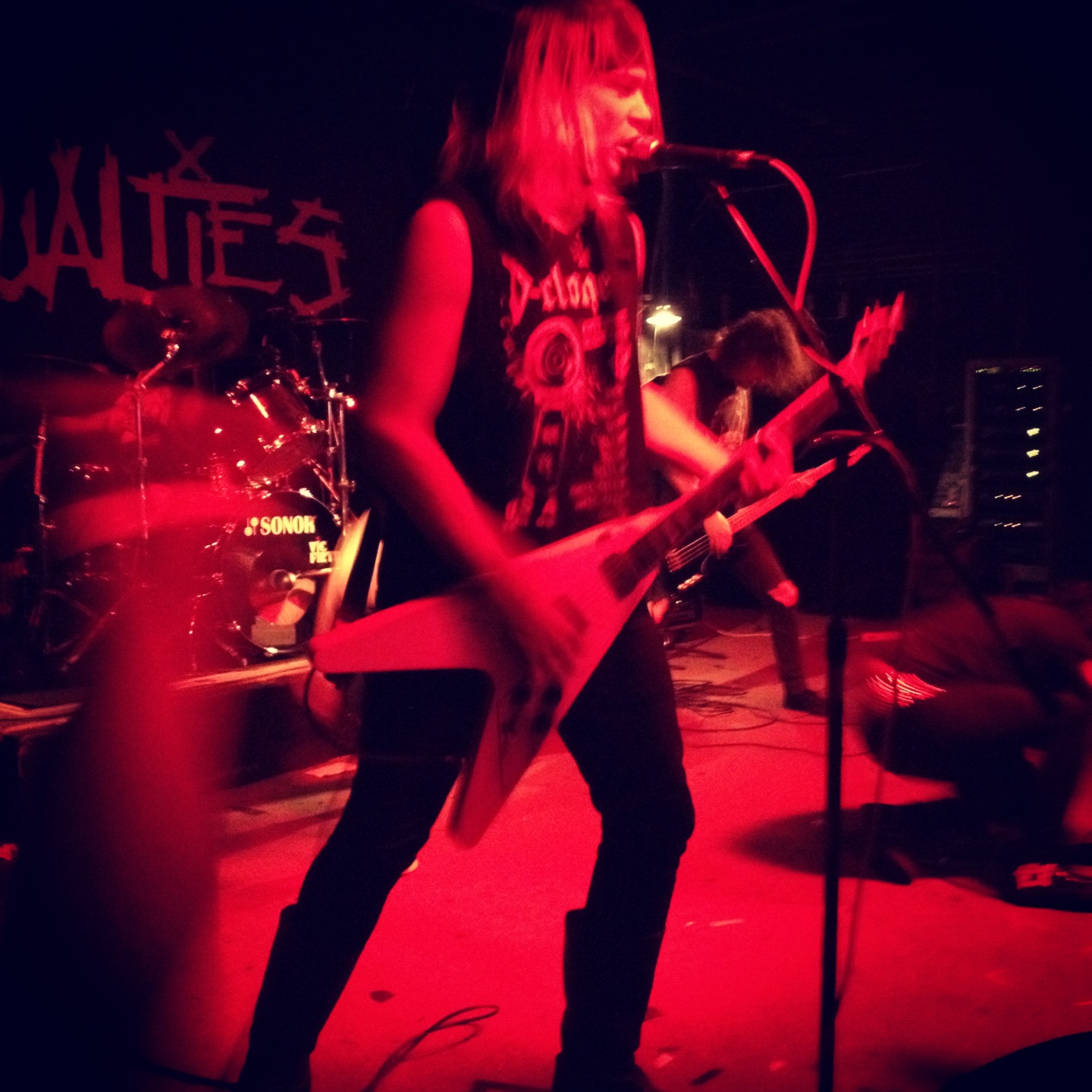 All work and no play makes HardRockChick a dull girl.

2012 has been the busiest year so far for me professionally and personally; I’ve been ‘head down’ working since the year started. But Friday I wrapped up several projects, giving me about a week and a half before SXSW insanity begins. This perfectly aligned with some highly anticipated shows, and at 6pm I was fighting traffic on my way to San Antonio to begin my little metal mania weekend. What would follow would be like a giant reset button for my brain.

It had been a while since I had set foot in the White Rabbit, and also too long since I had my trusty sidekick with me. The White Rabbit becomes more of a relic every day; it’s a dying breed. It’s the kind of place where you’re scared to use the bathroom, and when the show begins you realize that you are on your own. There’s no security there to bail you out of this one.

So I’m standing up front as Toxic Holocaust begins. I know what I’m getting into; I’m about to get assaulted from every angle. I’m ready for one of those moments where being in the line of danger makes you feel oh so alive. And from the first time Joel Grind screamed into the mic, it was pure chaos. My ears were vibrating from the harsh sound of the speaker next to me. My eyes darted around to dodge any danger, as people were flying off the stage and slamming from every angle. I could smell the sweat beginning to pour from everyone in that room. I could taste the guy’s Sonic the Hedgehog-esque mohawk in front of me as it’s points deflated and smacked me in the face as we all headbanged and yelled along. And I could feel the adrenaline and my heart beating faster by the minute. The band expertly dodged everyone coming on stage, never missing a beat. The divers became like characters in the show, you got to know each of their unique moves by the set’s culmination. The wicked spirit of Toxic Holocaust’s music had infected us, and we all got the week’s worth of poison out of our systems in that 40 minutes. 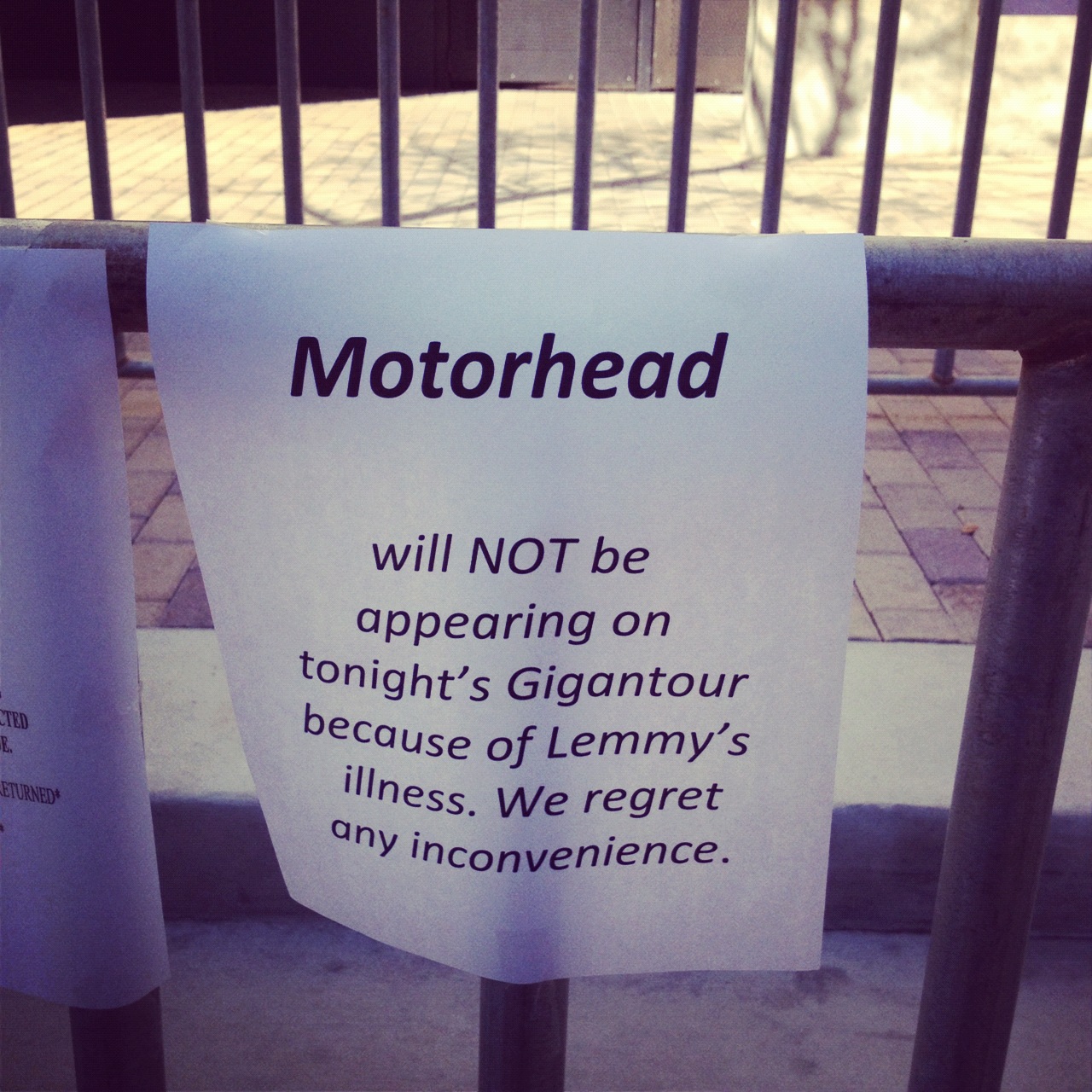 We only stayed for a little bit of The Casualties before making our way to Austin. As we left the White Rabbit, someone was crawling up onto the stack to jump off.

That was supposed to be where the story ended…but one of the Metal Gods had to cancel a show, and thus I found myself in this situation again.

As I walked outside at Red 7 I realized how human I felt again; how this year I’ve essentially had to become a robot that juggles three jobs and plans how to squeeze everything in and works down a neverending to-do list. But as I took my spot to watch Toxic Holocaust, and a punk chick clique angrily pushed by and jabbed me in the kidney, I could only smile. This is my life. 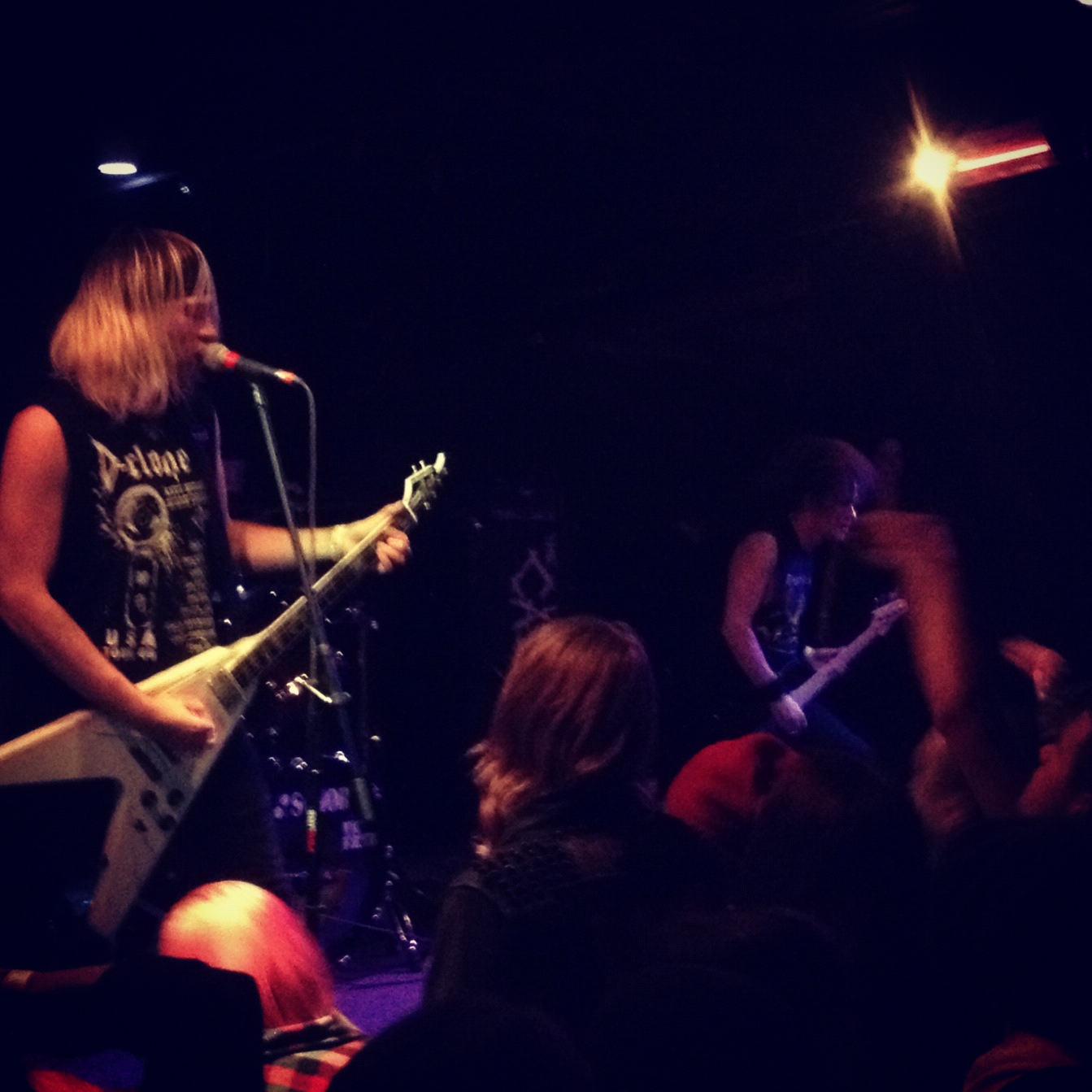 I’m wearing upside down cross earrings and shouting ‘Nuke the Cross’ not because I truly believe in the devil, but because this is the kind of art I prefer to consume. We live in a messed up place at a messed up time…and I don’t know about you, but I feel pretty powerless and pessimistic about the whole thing. So all I want to do is commiserate.

I’m listening to these lyrics and I’m being reminded of how I’ve had these intense dreams lately, the kind where I wake up with a scream in my throat and try to throw off imaginary snakes from around my neck. Things that are intense but not real wind up being fun…kind of like being in a mosh pit.

This thought had barely crossed my mind when someone jumped on stage and ran smack into Grind, knocking over his microphone and detuning his guitar. He pushed the guy aside, and at this same moment, below the other side of the stage, someone went down. The song stopped and everyone yelled for a medic. Moments later a kid is being helped out looking haggard but with a smile on his face; the pit almost got too real for that one. 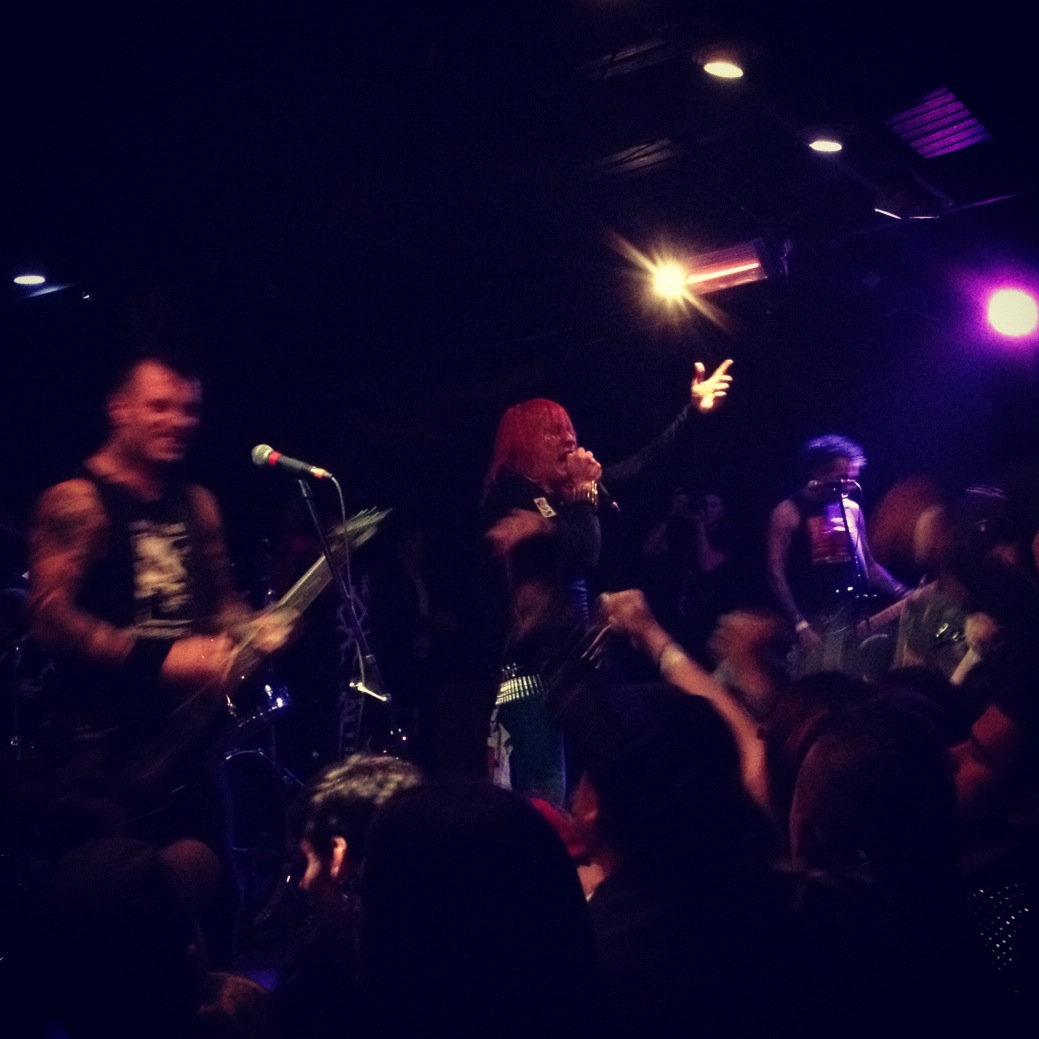 There’s a girl in pigtails steadily gaining courage to dance from the side of the stage over to each musician, before taking center stage like she was now part of the act. I’m pretty sure she wasn’t the goddess they were calling….luckily she was escorted away before being too big of a buzzkill.

Tonight I took in the entire Casualties set. “This is your stage…we want to see you up here”. The bodies were flying, someone climbed up a pole to reach the rafters and fall into the crowd. I happened to be standing next to “that guy”: the one who likes to throw stuff at the band. I’ve never understood this crowd behavior; the guy looked so angry and disturbed but I could not stop staring at him, trying to understand his mentality.

Vocalist Jorge hides behind his electric red hair, elbow hiked up, rigidly screaming into the mic. Guitarist Jake expertly dodges the stage’s special guests like a boxer dodging punches. It’s getting dangerously close to last call, and everything is on the line. The final songs are frenzied fits of the forlorn and frustrated and we all reflect on was has happened and what will be with these fleeting moments.

I had a bit of a swerve in my walk as I shivered on the way to my new nearby home. Mini metal mania weekend was ending…but I felt like much less of a dull girl.

Author HardRockChick 7
Last time I saw Alessandro Cortini, he was throwing a keyboard over my head at Planet Hollywood in Las Vegas, at the last NIN...
Read More

Author HardRockChick 4
I walk into the cavernous 12 Galaxies a little saddened, since it was announced that day that it would close at the end of...
Read More

Author HardRockChick 3
When A Perfect Circle‘s Mer de Noms released, I was at one of the lowest points in my life. It was a time when...
Read More
My Musical Adventures

Author HardRockChick 3
It’s the last night of Spoon’s 3 day Fillmore residency. Spoon immediately evokes memories of Austin for me, and I feel I should be...
Read More