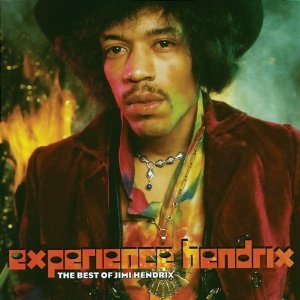 When I was a preteen, I became the biggest fan of the 27 Club.

I didn’t realize that at the time, of course, and Kurt Cobain wasn’t dead yet. But right beside my obsession with Nirvana was that of Jim Morrison, Janis Joplin, and Jimi Hendrix. I think that my parents- who only listened to country music- sensed my love for rock ‘n’ roll…and their surprisingly astute recommendation was this trifecta of dead rock stars. They created some of the most popular counterculture music of all time, and they breathed as much life into my growing music knowledge as any living musician did at the time.

There’s a scene in one of my favorite films, Almost Famous, when Anita tells William that she left her record collection under the bed for him, that it would “set him free”.

“Listen to Tommy with a candle burning and you’ll see your entire future.”

I grew up very alone, an only child with few friends and fewer social interactions, spending most of my time with my parents at their business. Music was my best friend, the only thing that I could control in a world where I was surrounded by things that I had no real interest in. I was extremely sheltered. But as I got into this music- especially the classic stuff from The Doors and Hendrix- I could literally feel pockets open up in my mind. Was it my imagination conjuring up twisted fantasies for my future? Did I actually see the future? Or did I subconsciously lead myself down a darker path than what was intended for me because of this music that I got into? Maybe I’ll never know, but when I turned the lights out in my Pepto-Bismal pink room decorated with dolls and country stuff that was not chosen by me, I could light a candle and glide upon an alternate plane, where one day, this painfully skinny, socially inept honors student imagined…I’d be cool.

I think that the moment I really fell in love with certain types of musicians was when I saw that footage of Hendrix lighting his guitar on fire. It became the bar for everything I would see in real life from then on, that essence of passion, sacrifice, abuse, spontaneity and shock that made that moment so iconic. Hendrix will always hold a special place in my heart for giving me that moment, and for “Little Wing”.

Which brings me to last night. I had heard about this Experience Hendrix tour, and decided a week ago to treat myself to a ticket. I was trying to think if I’ve heard anyone ever cover a Hendrix song…maybe a forgettable version of “Hey Joe” once…so I was looking forward to seeing what it felt like live.

I had a wonderful seat to myself in the Mezzanine, and although this relatively new ACL Moody Theater is rather unassuming in appearance, as soon as original Hendrix bandmate Billy Cox started playing, I was at a loss to recall a time I’ve experienced better sound at a show. And I’ve been to A LOT of shows at A LOT of venues.

The “special guests” as the emcee reminded us every time someone was introduced generally worked in pairs to perform the songs with a house band of sorts. The first set was Dweezil Zappa and Eric Johnson who performed three or four tunes, the highlight being “Love or Confusion”. Johnson on guitar was nothing short of mesmerizing, especially when doling out such a psychedelic song.

Because the lineup of musicians changes slightly from show to show, there was a bit of an ad hoc feeling to the flow of the songs and even the performances. Sometimes this was a good thing, and other times, not so much. As the show progressed, I also found myself wishing that instead of between songs, we had to hear about how this was about “keeping Hendrix’s music alive”, we learned more about his life and legacy.

Two members of Los Lobos played an admirable, although it left me wanting a bit more, version of my beloved “Little Wing”. It was cool to see some likeminded people around me flutter, as this was what they were looking forward to, too. While I wouldn’t call my experience with hearing this song live for the first time being revolutionary, it did jar me with an insight into something.

To me, “Little Wing” manages to be extremely dark and light at the same time, which is how I see my life. I tend to be overly optimistic day to day, but overly pessimistic about the past and the future. And, because March is my birthday month, which is all about analyzing the past and future, I’ve hit really dark spot. Sometimes I just have these months where my body becomes chemically corrupt; I can’t see any future for myself, I can’t motivate, I can’t be positive…even though my set of problems is no different than any other month. But past experience has shown that no one and no thing can help me. It just has to pass. “Little Wing” has been one of those songs that I listen to in these periods; it’s short but magical duration echoes that of Hendrix himself. It lies on my Spotify playlist that my friends have been instructed to play at my funeral, just in case.

I could have had a really cool full circle moment seeing Robby Krieger from The Doors play with Robert Randolph and Bootsy Collins had I gone the night before, but he wasn’t in attendance this evening. They worked through hits such as “Purple Haze” and “Foxey Lady”, which had accompanying gogo dancers that were so anti-risque that I suddenly became highly aware that I was nearly the youngest person in the building.

Jonny Lang and Aerosmith’s Brad Whitford were paired up for the Dylan covers- “All Along the Watchtower” and “Like A Rolling Stone”. Watching Lang perform is pretty special; the way he moves and sings and plays just doesn’t look like it should be coming from someone who looks like him. While the songs were masterfully played, they were also starting to get more and more drawn out into jam band sessions.

Kenny Wayne Shepard was part of the closing act for the show, handling “Voodoo Child” as one of this songs. I was holding out for him to see something a bit wilder, but there seemed to be a lot of focus on the songs rather than the spirit of the performance per se that I would have imagined a Hendrix concert to be like. While I enjoyed hearing the songs and seeing the respected guitarists handle them, I kept watching this one woman in the front row. She couldn’t stop moving; I imagined she had been there…like really there. To see him. I felt her reliving some distant memory, blissfully happy to be here right now.

I’m sitting in my room with a candle burning, listening to Hendrix. But I can’t see my future…

“Well she’s walking through the clouds
With a circus mind that’s running round
Butterflies and zebras
And moonbeams and fairy tales
That’s all she ever thinks about
Riding with the wind. ”