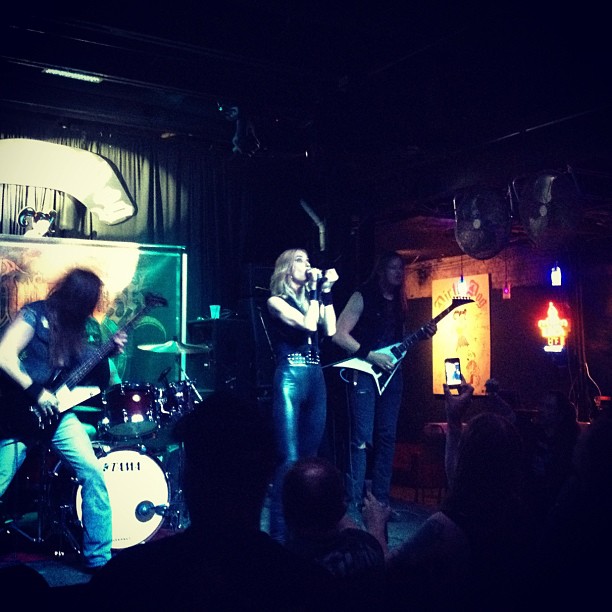 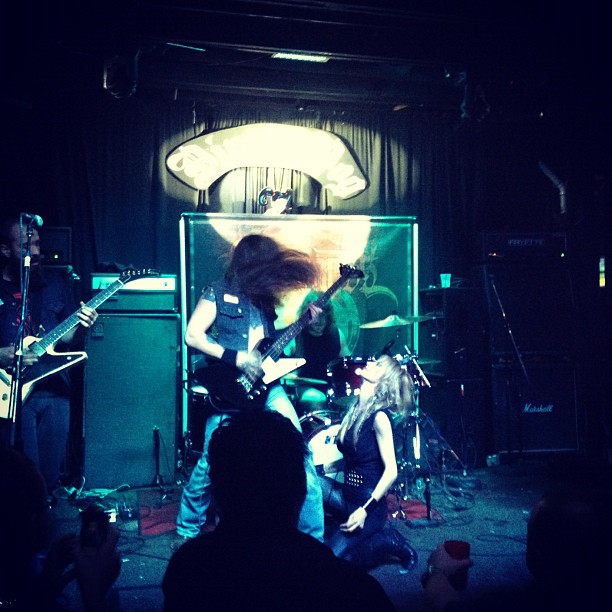 I left the formal affair that was Experience Hendrix to walk down the street to the grittier side….my side…for a show I had only been tipped off to hours before.

I remember years ago, someone sending me a link to the EP for Huntress, a female fronted metal band with a lot of fantasy elements to the lyrics. I thought it was great. But I never heard any more from them, until I moved to LA for a bit last year and ended up at one of their shows.

Huntress pretty much has everything a metal fan can ask for. Killer metal tunes with solid riffs and soaring harmonies, powerfully dangerous vocals about swords and sorcery, several hot guys, and one beautiful, scantily clad girl. I mean, really, what more could you want? Hmmm?

Another thing Huntress does well is that they give a theatrical performance without being too gimmicky. And this is spearheaded by frontwoman Jill Janus, who has a background in opera, which makes sense. And she’s really good with the overexcited men shoving cameras in her face; learning how to use sex to sell but back it up with strong talent is a vital tool for a woman to have.

The band had a fire within them that had been missing from the first show I saw that evening. Huntress has a busy year ahead of them. Look for their album, Spell Eater, in early May, and go see them since they are probably coming to a town near you!

Author HardRockChick 0
I trotted down 6th street in a cold stupor, quickly sobering up from my Irish coffees. I walked in just in time to see...
Read More
GRAMMY rock blogs My Musical Adventures