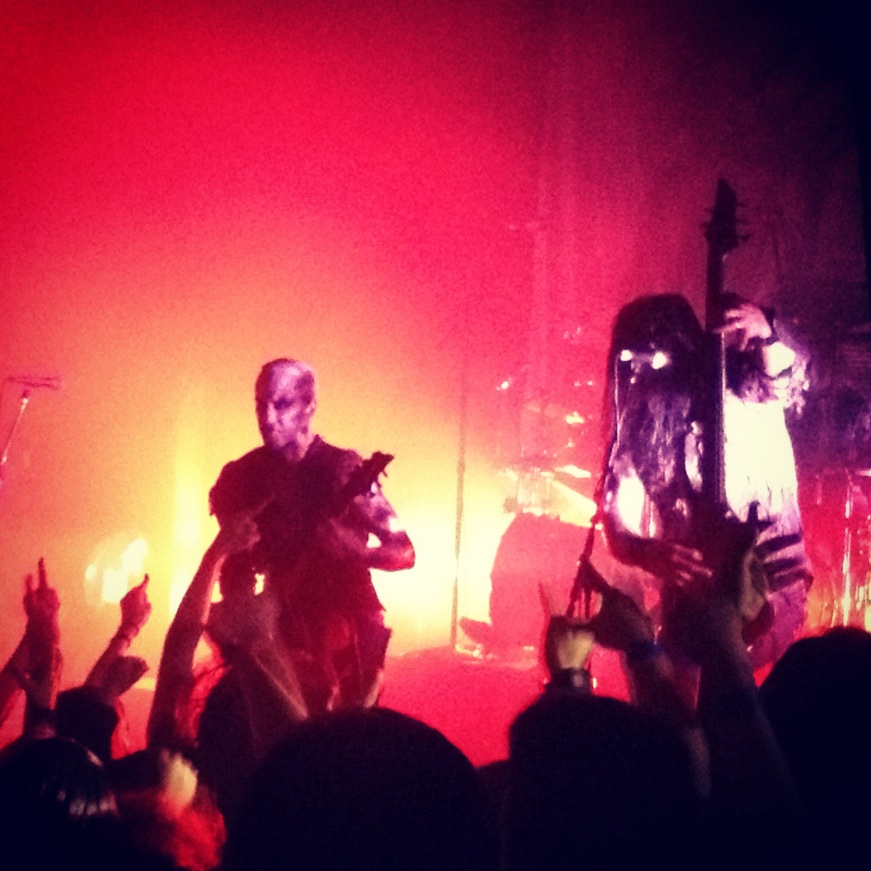 Two of what I’m sure to be my favorite tours of the year on back to back nights in LA? What are the chances? Schedules worked out so that I could experience both tours in TX and LA, a perfect aligning of the stars.

As I stood there in the House of Blues on Sunset, I thought about how my life in LA is the exact opposite of my life in TX. It’s a constant forward trajectory here, filled with people who are hungry like me. In Texas, it’s like a slow heart beat, long periods of stasis with the occasional blip of action. 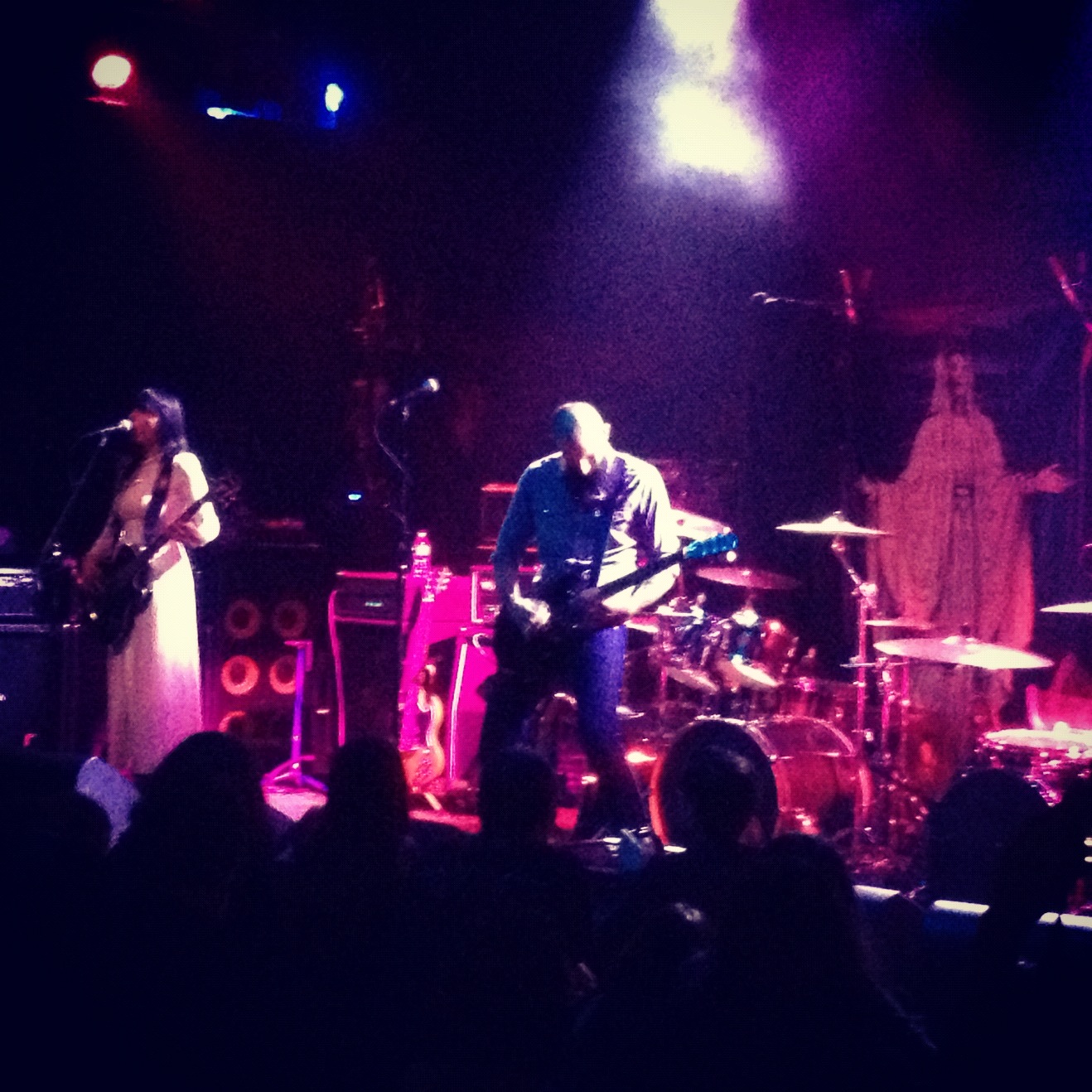 I’ve been listening to Ides of Gemini for a while. Their moody, hypnotic music eased the growing crowd into their evening’s entertainment. I was sort of lulled into a daze, taking attention away from the slow burn of my tattoo that had been touched up a few hours before. The female vocalist’s rich voice coated the rhythmic guitar and minimal drums; this is the music that would be in the massage room of the metal-themed spa I’d like to open. 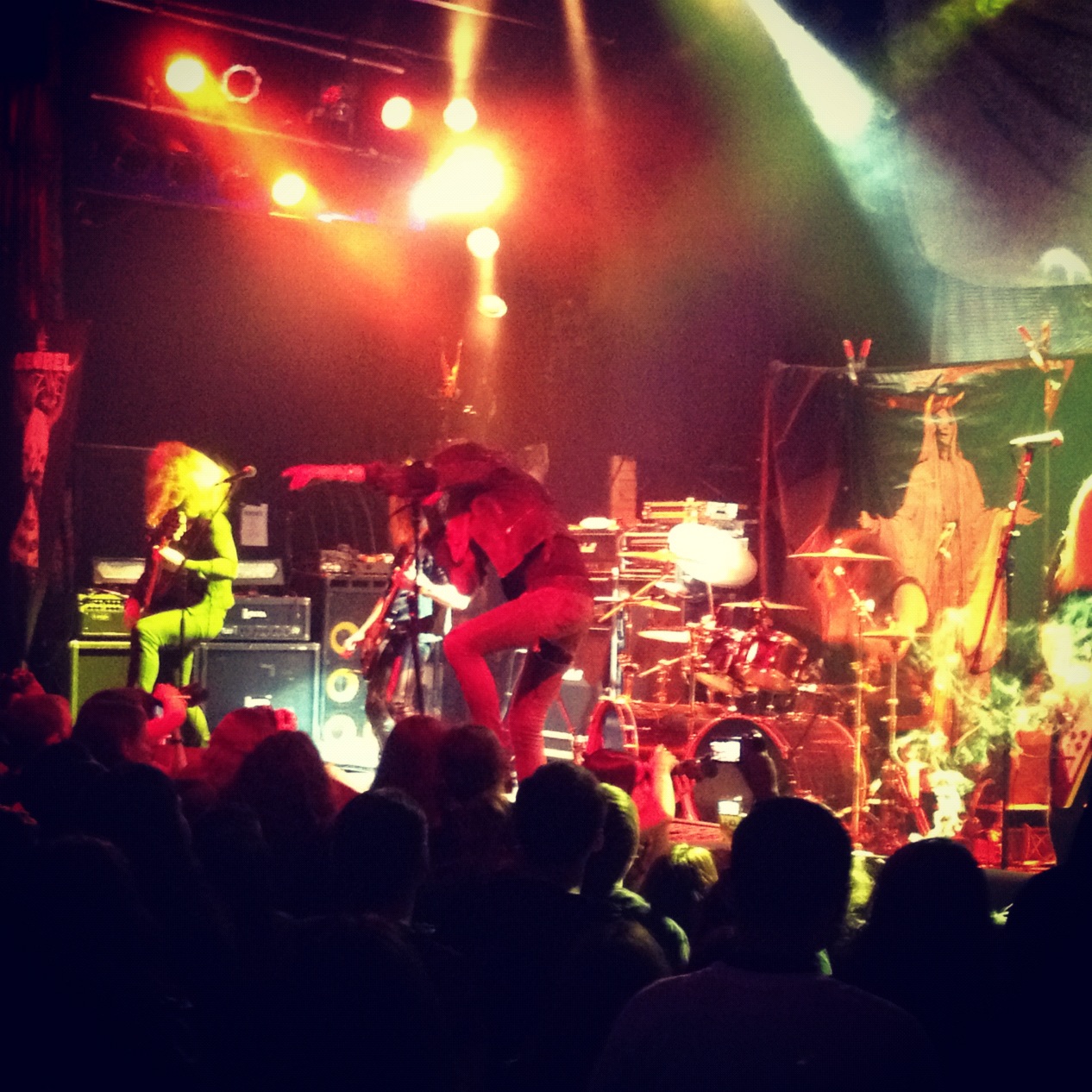 Next up was In Solitude, a band who I had high expectations for. Remember when it was rumored that some of those guys were in Ghost? Anyway, the beginning of their set was really rough for me; an inconsistent stage presence that kept taking away from their black metal motif distracted me. But they pulled it together for the final two songs. 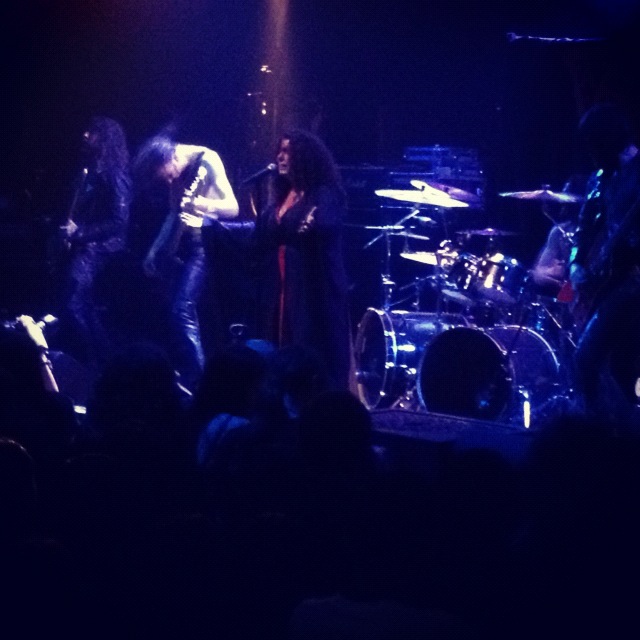 I knew absolutely nothing about The Devil’s Blood, and was a bit concerned when they began. But it quickly shifted into an enjoyable set marked by a strong female vocalist flanked by four men emanating more moody rock/metal. They had a distinct vibe that they never broke the entire set, that of dark, otherworldly empowerment.

Photos of The Devil’s Blood can be found here. 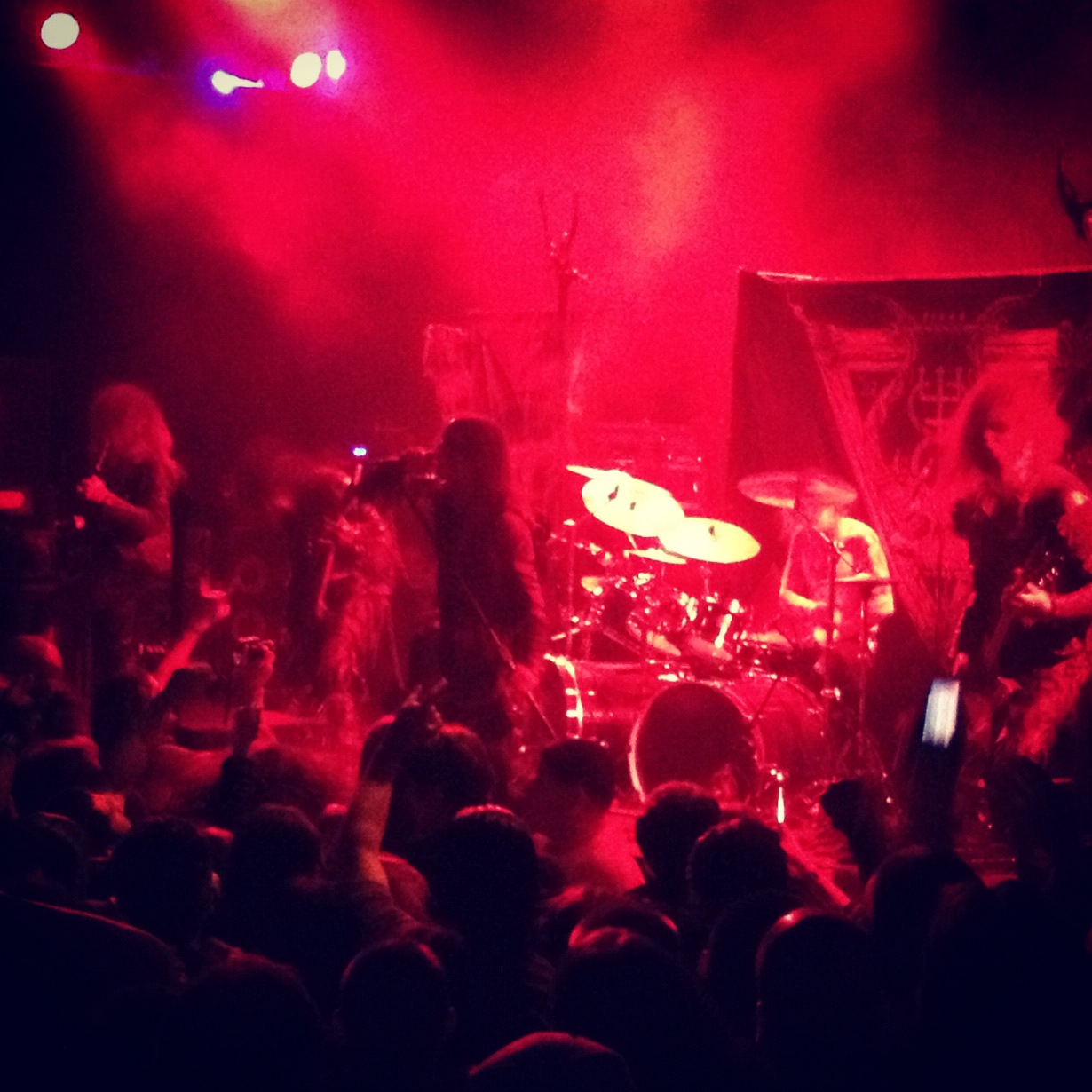 The first three bands were collectively mellow, which made the anticipation for the two headliners swell. There are so many questions around Watain; will they have their animal carcasses? Will the stench of dead blood make our stomachs turn? Will their candles feel like they are going to set things on fire? Above all of this, I couldn’t stop thinking about how the last time I wrote about Watain, I received the scariest piece of email ever- like restraining order scary. So the circumstances around seeing Watain for me are even more heightened to horrifying levels.

I could barely smell a whiff of the musk that must remain in their leathers as they came out on stage. If last time, Watain proved that their show could immerse me into one of the darkest corners of metal, this time proved that the band can survive without all the props. And more than survive, they flourished in one of the best sounding sets I’ve heard in a while. Frontman Erik Danielsson proves that he is as engaging as watching an antihero in a thriller; the music unites us in some black ceremony under his spell. The notes clash as a symbol of the inner turmoil that bore the music and likewise drew all of us tortured souls here.

Amazing photos of Watain can be viewed here.

Behemoth is one of my sacred bands. Evangelion was the soundtrack to a driven anger that fueled tough decisions that put me where I am today. And when Nergal got sick right after my mom did, it hit me harder than news like that normally would. It was my mom that simply clarified why I must like them when she saw some photographs I took of them when I followed them to Texas in 2009: “Jamie…they’re scary! But it’s just like all those Conan movies you loved as a kid”.

The first few times I saw Behemoth were short sets in broad daylight and high heat; nowadays I enjoy full epic sets under the cloak of darkness. Behemoth radiates such powerful energy as they play, it’s absolutely invigorating. And Nergal’s words- that of celebrating freedom- are energizing. To me they are regal and inspiring, not to mention some of the best musicians in death metal.

I’ll have to admit that when Nergal walked on stage, his short hair was just a glaring reminder of everything that happened. As certain ways he moved dusted off memories of all of their shows I went to in 2009/10, I couldn’t stop thinking about how the harsh realities of life tried to eliminate him.

I was overwhelmed by a serious of unexpected emotions as the set progressed. Because of what I went through with my mom in 2010, I currently suffer from PTSD. I constantly feel like everything good in my life is going to vaporize tomorrow, and that has sent me on an exhausting, compulsive journey. I just kept thinking about this along with the music, as each song seemed to try to beat the one before it. “Conquer All” was buried by “Alas, Lord is Upon Me”, and so on.

As we approached the end of the main set, my friend and I set out to accomplish a mission. We had an amazing moment last year crowdsurfing (my first time) at Amon Amarth, and vowed to do it here. So as we squeezed onto the floor, found a tall guy, and pointed our fingers in the air, I had what amounts to the exact opposite experience as AA.

Behemoth crowdsurf: sober, almost dropped by crowd twice, accidentally kicked a girl who screamed “fuck you bitchhh!!” as I was screaming from nearly being dropped, then everything went slow-mo as I rolled and saw security waiting to catch me, and as I fell a guy reached up and pulled down my top exposing me just as I rolled in front of the band. Awesome.

I don’t know what possessed me to do that, but it was another entertaining memory in a growing list.

As “Lucifer” left its mark on us, we said our goodbyes and went out into the pouring rain, as if the world was trying to wash our sins away.

Check out great photo from the show here.

To be continue in San Antonio…..

Author HardRockChick 3
Dear Live 105, My, how I look forward to BFD each year. It’s one day of seeing bands that make my heart go pitter-pat....
Read More