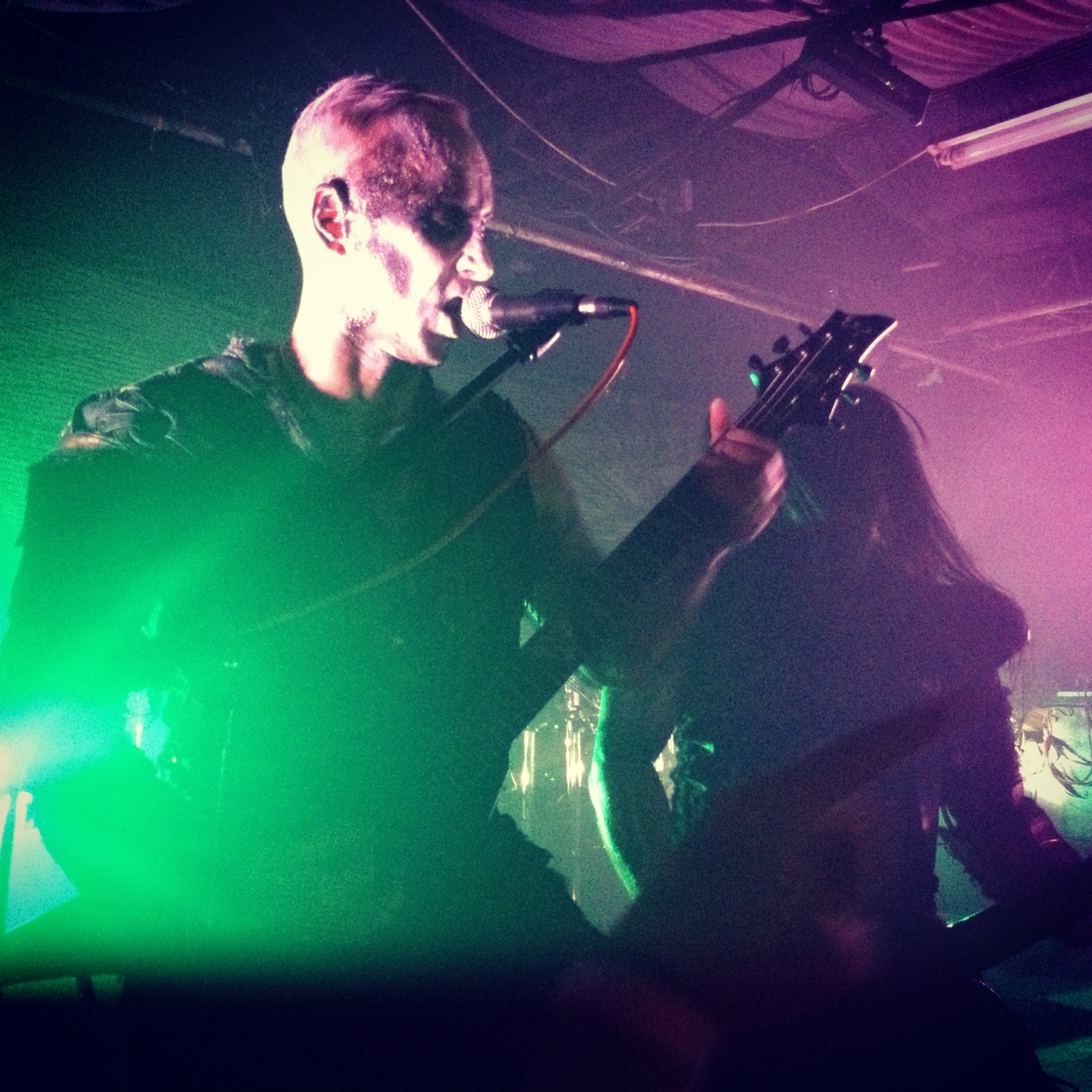 4 nights earlier I had seen this tour in LA. I’ve followed many tours over the past few years, and this proved to be the most interesting dichotomy of shows.

After interviewing Orion of Behemoth on their bus, I grabbed some greek food across the street and waited for the show to begin. I was partly dreading this one, knowing the White Rabbit I knew that this was gonna be a hot, messy one. But after the week I’ve had, something just compelled me to be up front in the thick of it.

There was no barricade, which blew my mind…and it’s a testament to the fear that these bands induce that no one even tried to jump on stage. I’ve seen people jump on stage at almost every show here…but not this one. Nope. 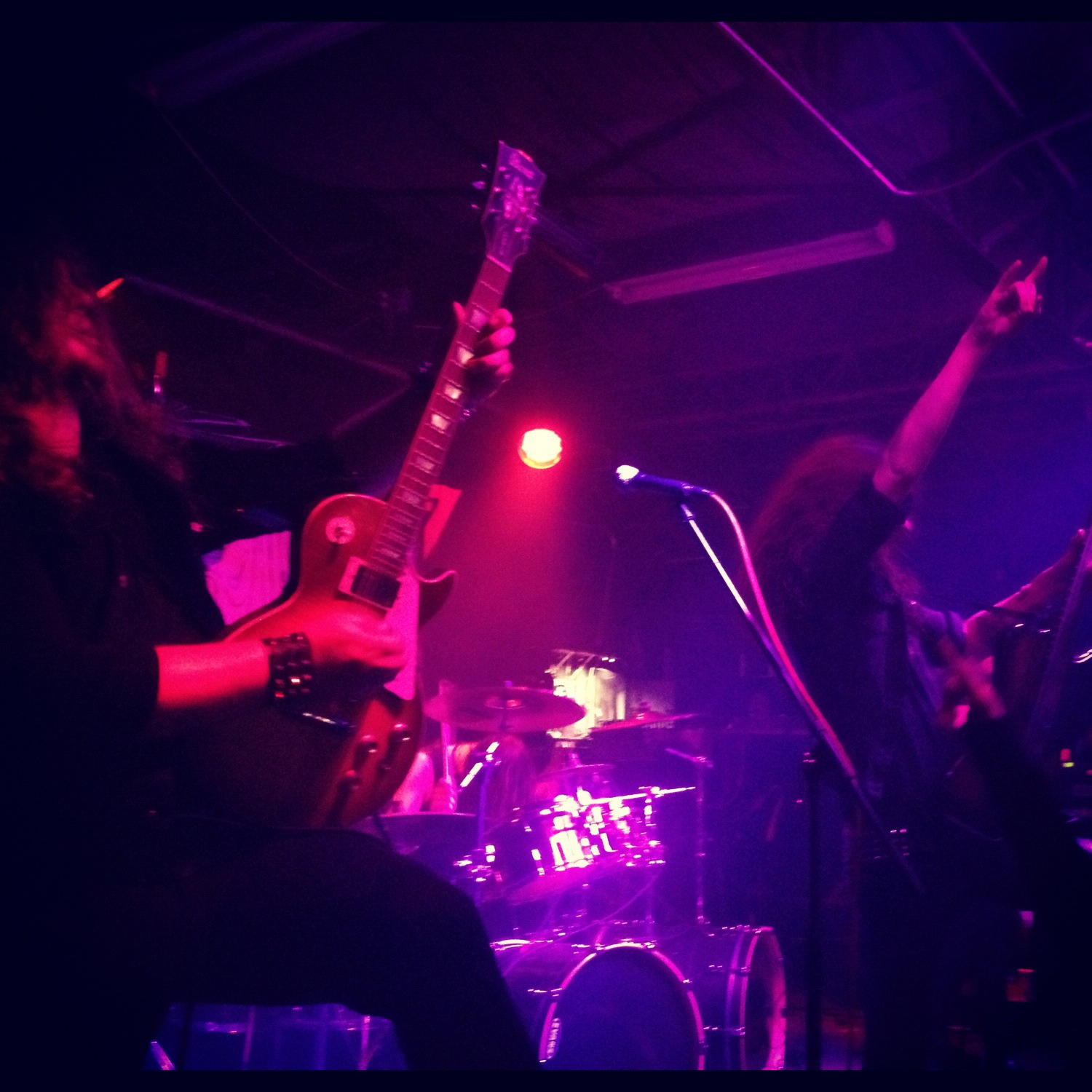 In Solitude started very early. Seemingly much more comfortable in this smaller space, I really enjoyed them this time around. The vocalist’s constant mouth movements like he’s in explicable pain gave the words coming from his mouth a deeper meaning. Now I understand why people thought some of these guys might be in Ghost…their rock and roll sound mismatch with their black metal appearance wasn’t lost on me. Now I was intrigued.

Things overheard in the crowd: “There are no STDs in hell!” 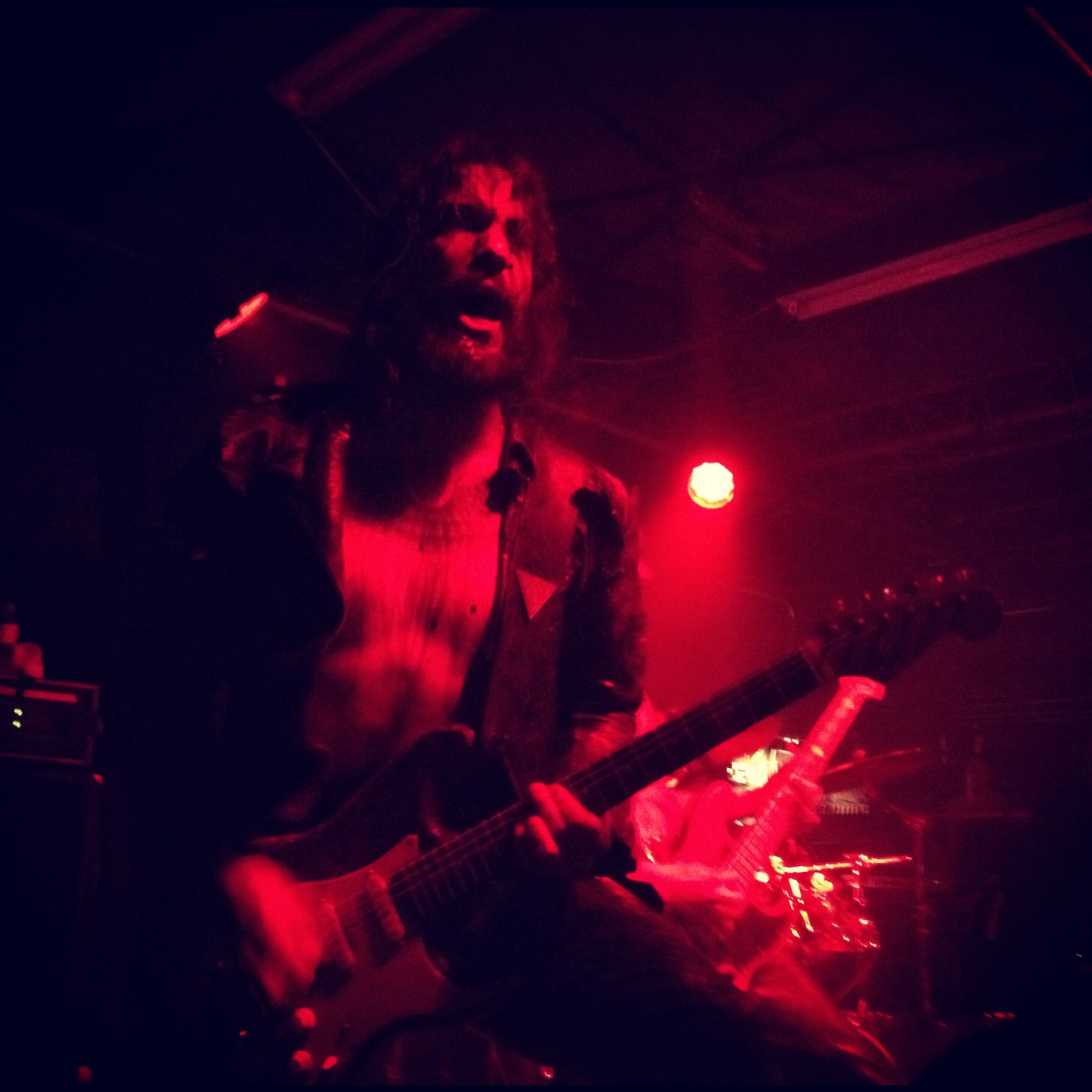 The same thing happened with The Devil’s Blood. As they emerged onstage, like a lineup of men coming from a casting call for a Charles Manson biopic, they glistened with blood. Positioned in front of lead guitarist Selim Lemouchi, I learned how intricate the guitar work in this band is. The vocals, like Bette Midler doing Iron Maiden…as weird as that sounds…makes sense. I had not realized how psychedelic this is; having just come from Austin Psych Fest, this was the perfect middle ground. The theatrics of their ritual, as they refer to it, were not lost on me, as blood and sweat often baptized me from the stage.

Check out Metalluminati’s interview with The Devil’s Blood guitarist here.

At this point, a small girl in corpse paint pushed her way to the front. “MUST HAVE FRONT ROW!” she shouted. She must’ve been 10. Her mother soon yanked her when the dead flesh was set on the stake in front of her. “Honey- I don’t want you getting a mouthful of rotting meat!” True story. 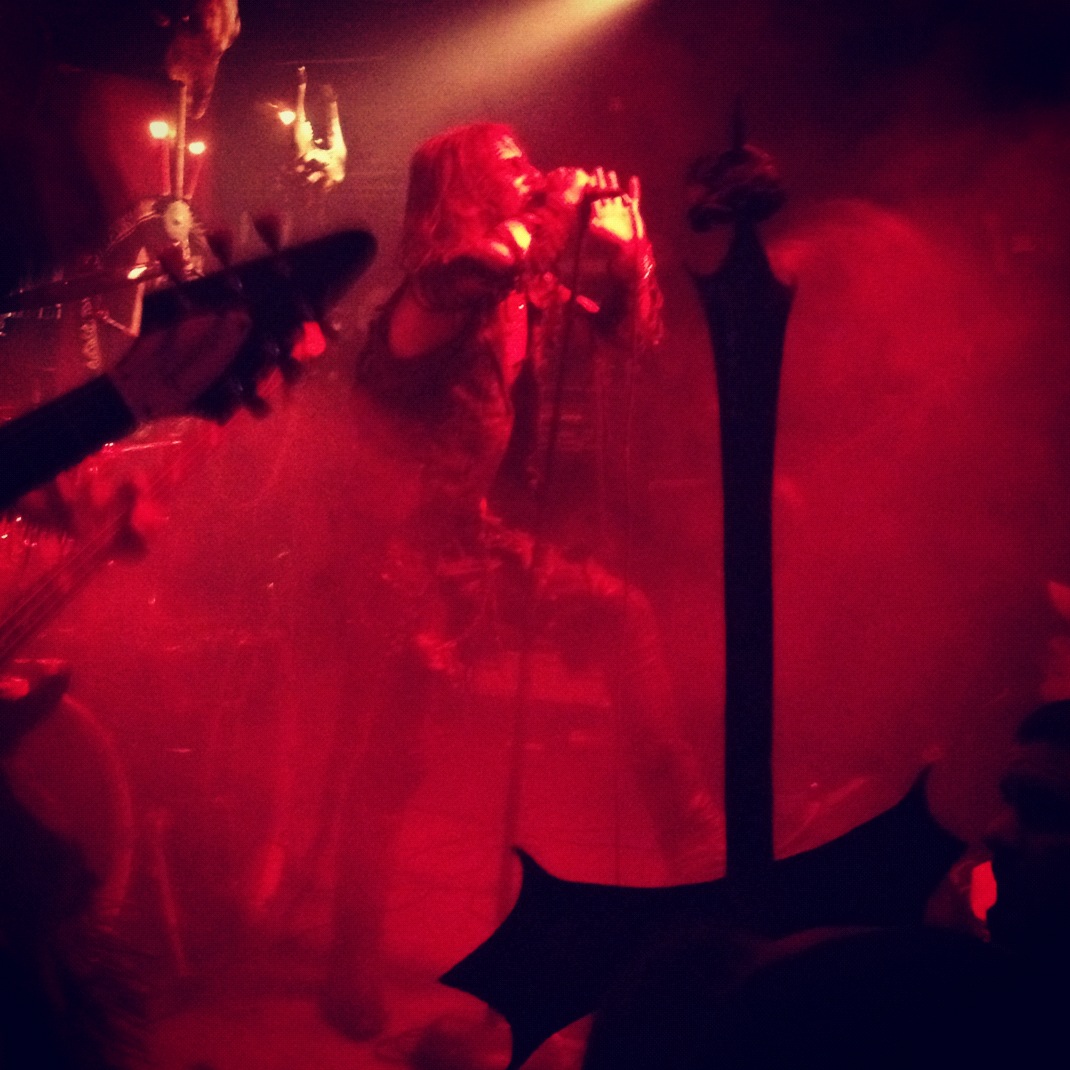 “My friends are gonna be sooooo jealous when they find out I got ‘the full Watain experience'” I gloated. The candles were lit, the incense was burning, the meat was on the stake. The band emerges from the fog, followed by vocalist Erik Danielsson walking in his truncated, otherworldy manner. The stench was not as bad as Emo’s, but you could definitely smell something. But even though I was getting more of the Watain stage show, this set was really about the band being in our faces. It really was grim; the White Rabbit may have had us dripping in sweat but something chilled me to the bone. My favorite Watain song is “Reaping Death”, and it was great to get lost in it- the way it starts full force and then slows down for the chorus: 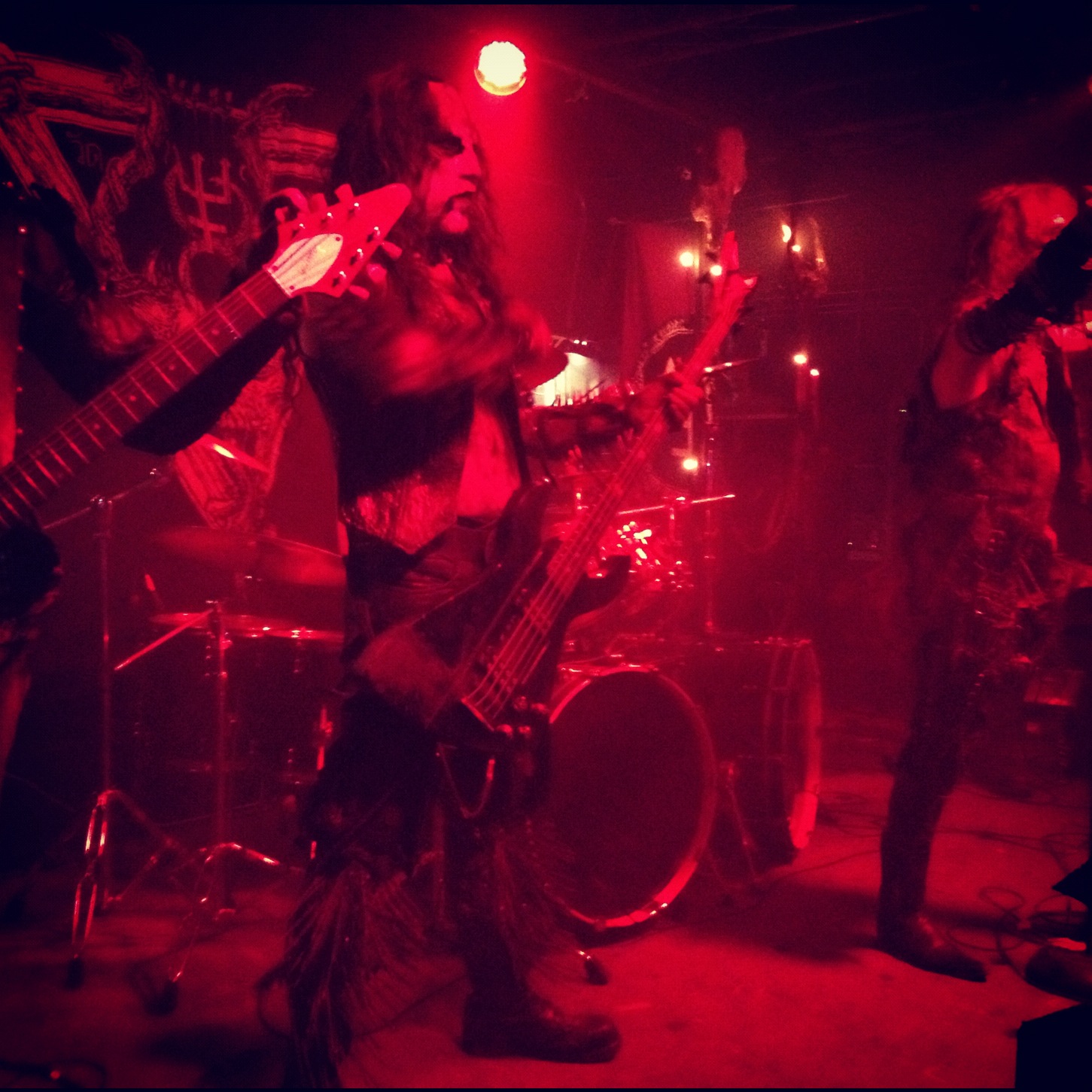 “Higher! Higher! Let’s set the night on fire!
Black moon bear witness to our rite,
Beneath the devil’s pyre

Unchain, set free, the flames of the adversary!
Scorch the earth and devour all,
That sifted from the ashes be”

The songs ooze into one another, grasping at our throats. We’re commiserating, and it’s darkly beautiful. It ends in a flurry, with the guitarist pulling off the strings of his guitar into the audience, and the band leaves a void on the stage.

This would be my 7th time seeing Behemoth, and it was by far the craziest. I never thought I’d see them in a small place where they were literally over the crowd at times. By this time I was dripping in sweat, unsure if I’d make it staying this close to the stage the whole time. But music does things to you, and I actually moved forward as the set progressed, forgetting about any discomforts I might have. 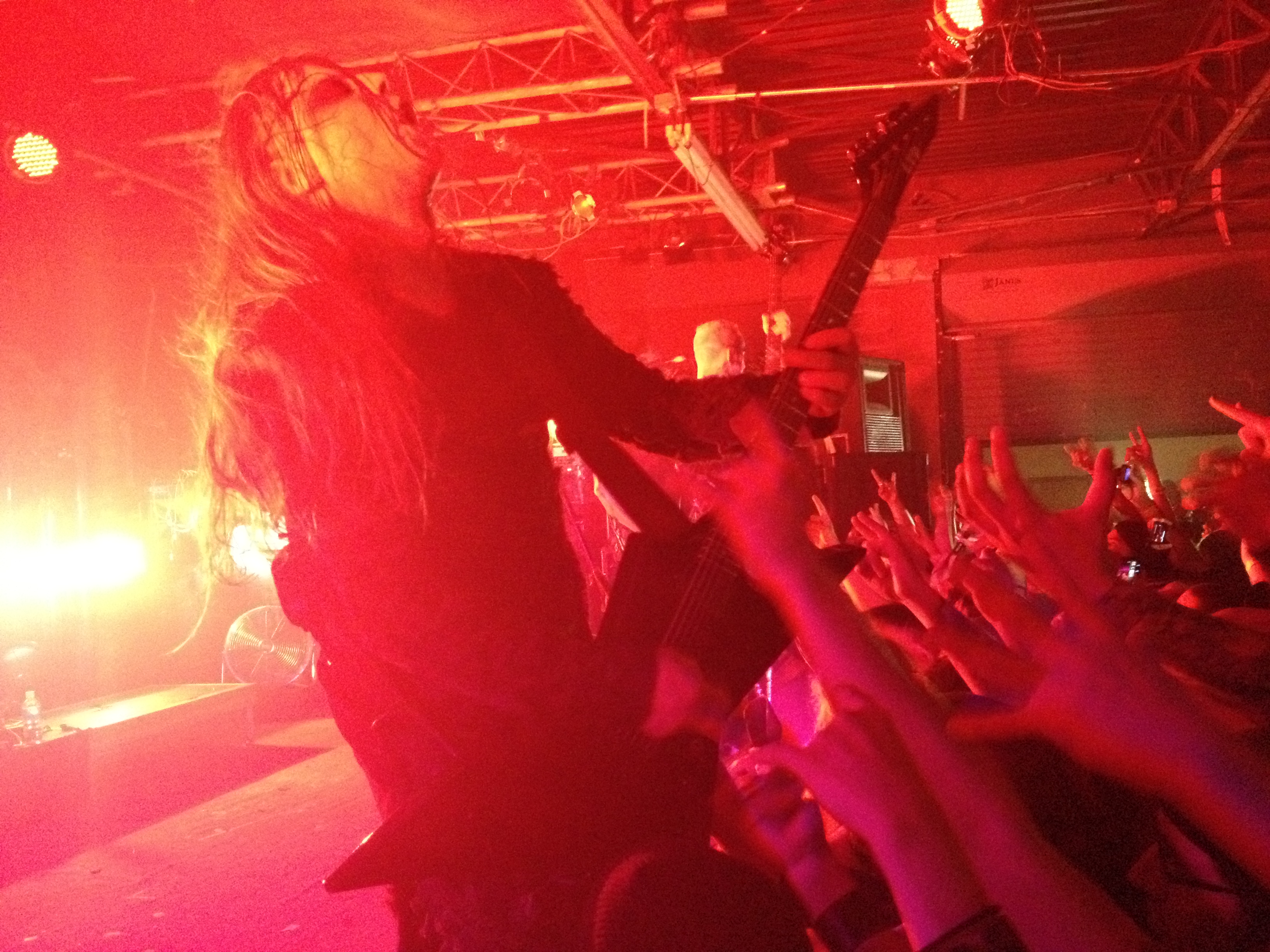 This was a crowd full of fanatics. It has been a long time since I’ve been that close to a band I consider in my top 10; it made me highly uncomfortable at first. Like when I first saw HDTV…I saw too well. It didn’t feel right. But I got used to it and, to be completely cliche, it was fucking epic. You could tell the band even enjoyed having the fans right in their faces.

There’s a chance this show might take it as my show of the year….but it is only the beginning of May…

The Hurt That Finds You First: Meshuggah, Baroness, Decapitated @ Emo's, 5/1/12