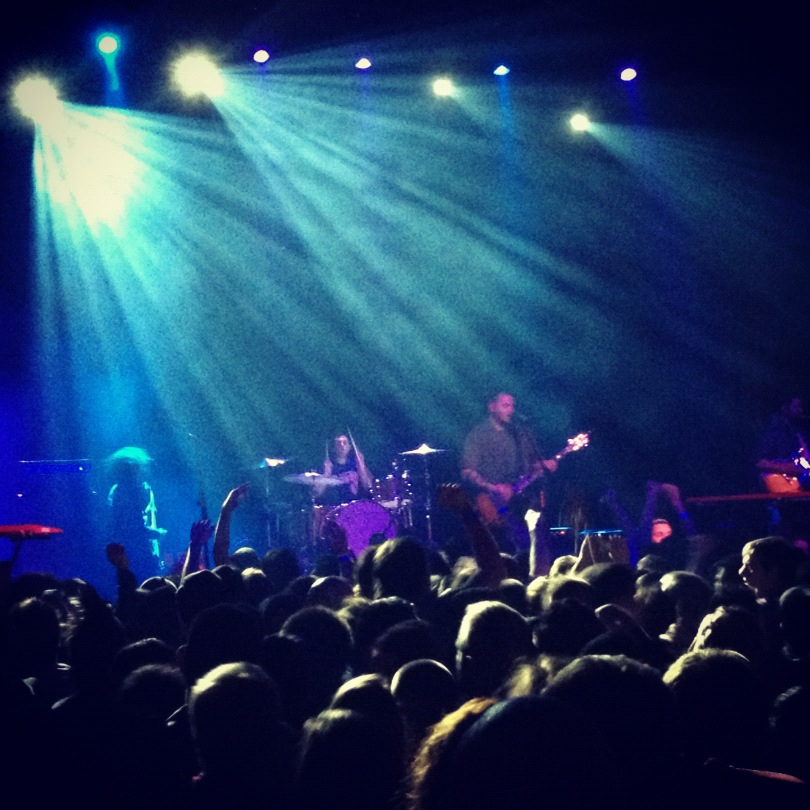 I’ve never had to park this far away from Emo’s in the 502 times I’ve been here in the past month!

I’ve never seen so many boys at a show in the 502 metal shows I’ve been to here in the past month!

It was Thrice’s farewell tour, and Emo’s was packed. Truth: I don’t really know much about Thrice. But they must be good! 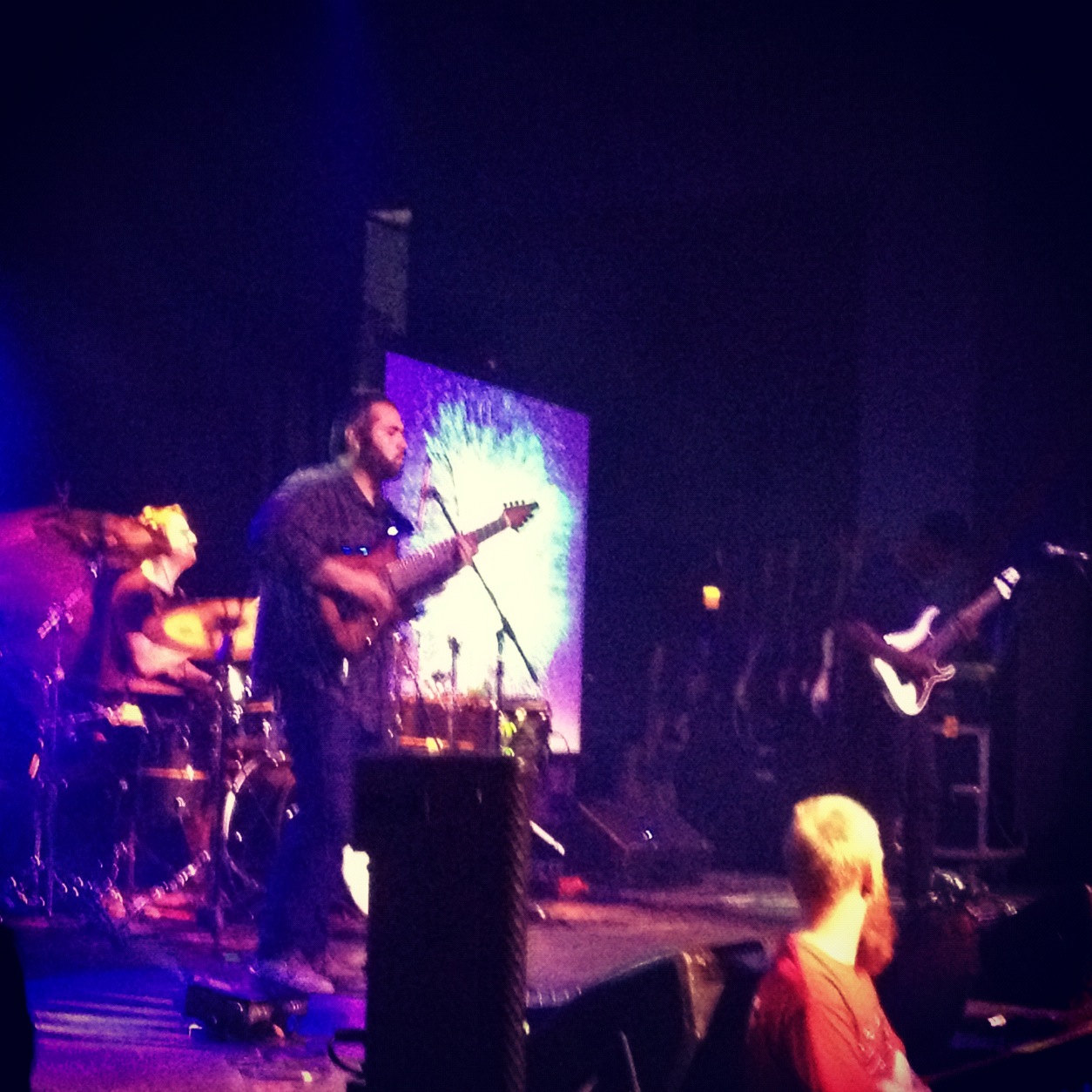 What brought me here was instrumental prog metal band Animals As Leaders. Since I saw them last, they have a new drummer to replace the newly departed Navene Koperweis. AAL is not for everyone, and the Thrice fans in my vicinity looked utterly confused. But the crowd in the middle seemed to get it, cheering on the often insane guitar work of Tosin Abasi. Flanked by screens showing spherical screensaver type vortexes, the acid jazz metal felt very electric. It’s thinking music; I listen to it a lot while working. And it’s amazing they sound so much like their recordings live…well, except for the last song, CAFO, which sounded weird at first and then was all out stopped when Tosin explained, “Alright, we’re starting that one over. You witnessed something you should have not witnessed. Never give your drummer a computer.”

The excitement in the air for Thrice was palpable, as I noted that this was like some version of the final NIN tour shows that I went to. Right as the show began, the guy behind me revealed that he was on A LOT of drugs, and was practically leaning on me. He proceeded to spend the entire show all up in people’s business, never really looking at the band but singing ever single word. He creeped me out, man.

EVERYONE sang every single word it seemed, and bro’ed down in little groups. It was kind of cute. But besides the few guys I saw with girlfriends in tow, I didn’t understand why the crowd was so male dominated. It’s relatively light, sing-songy music….add it to my pile of mysteries.

I was really impressed by the sound and energy of the band, and how they easily meandered from pop-punk to metal tinged rock to ballads. It was interesting to see how their music felt angsty instead of angry like most of the music I listen to; and how that couple letter difference does a lot to the tone of the songs.

This was one of those shows where I really noticed the power of music to build communities and bind people together. Music…it’s a religion to many of us.

They played a long set that I could tell made the crowd really happy, surveying their whole career. After two encores – the final of which my friend got a shout out for helping them put out their first record (awwww!) – the crowd still stood there wanting more.

I think this was my last show at Emo’s for the forseeable future!! Bye-bye home away from home!

Author HardRockChick 0
I was enjoying a rare evening out at a really nice restaurant in Woodside with friends and made it back into the city a...
Read More
My Musical Adventures

Author HardRockChick 6
It’s the last night of an 11 night residency at The Fillmore. In our master ticket plan, we decided to try for the last...
Read More

Author HardRockChick 0
It was going to be a quick in/out. Germany’s best kept secret, black metalers Secrets of the Moon, would open the night at my...
Read More