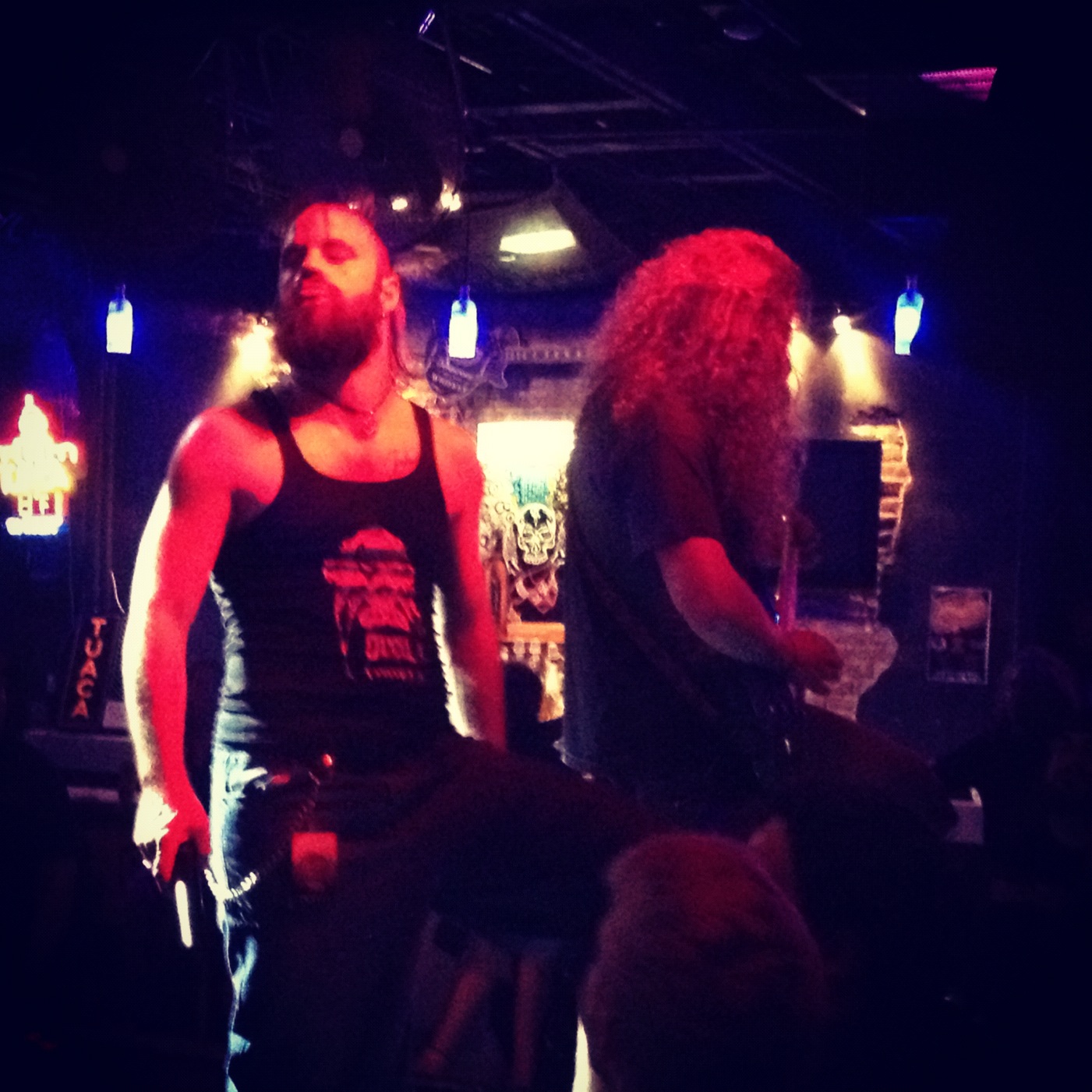 A Texas thunderstorm had ceased the elevators in my building from working, and as I pulled on a hoodie in the 85 degree weather to protect myself from the continuing drizzle, I caught bewildered stares from the few other souls braving the streets as lightning still threatened the sky. Along my walk, I thought about how being struck by lightning would be kind of a cool story to add to my collection.

This tour brought one of my dear metal comrades from San Francisco to town, as well as some friends of friends from the faraway land of Australia. The dominating conversation topic of this tour was that other Oz band 4ARM was no longer on the tour due to a rather dramatic long story that I won’t go into in this space. However, this sparked a long conversation with my friend that got my wheels spinning…how we’re all working really hard for no money…but how we’re having so much fun doing it. At the end of the day, that’s what it’s all about, right? RIGHT?! 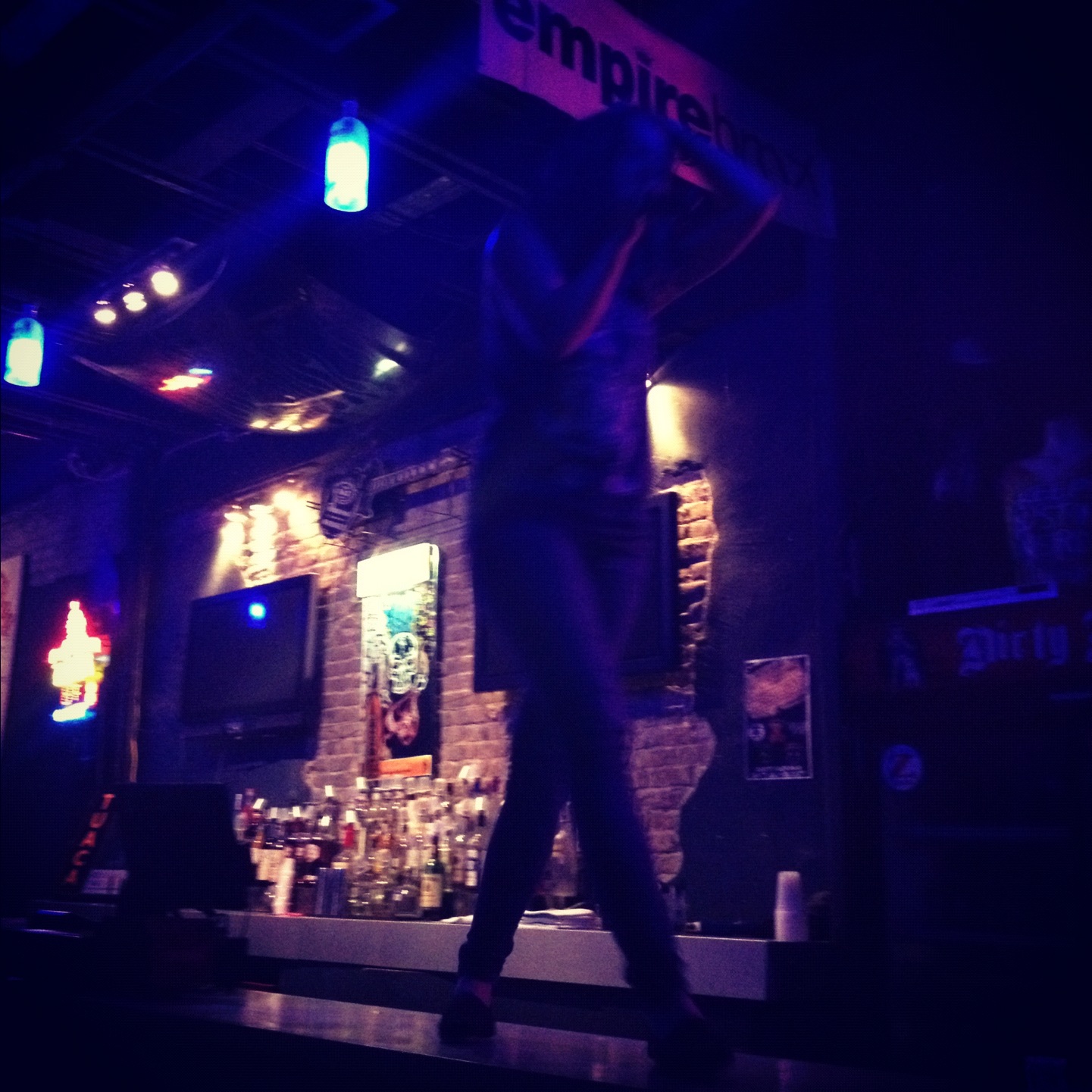 I peeled myself out of my chair to go to the stage to watch Bay Area hardcore act Casket of Cassandra. The music is not exactly my style, but they were damn entertaining and extremely polished. With songs like “Chili Con Carnage”, enigmatic frontwoman Amanda Maddera captured attention with her growls before hopping off the stage to jump on not one, but two bars to mix it up a little. There were also some funny/strange moments, like when they broke hardcore and sang a little jingle sounding thing….or suddenly all started doing a dance move.

It always reminds me that the world is really not that big when I see a band from a faraway land, especially one that I was recently in. DepriVation make melodic thrash metal and quickly united the growing crowd. The Texans and the Aussies…we’ve got a similar thing goin’ on. You could tell they were having a lot of fun up there, mostly barefoot and drinking up a storm…none at a detriment to their playing. I saw the bassist do something I’ve never seen before…reject a beer someone was trying to hand him to demand a PBR! “Heineken? Fuck that shit! PABST BLUE RIBBON!“ To further the Aussie/Texan spiritual bond, the band playing a blistering cover of Pantera’s “5 Minutes Alone”. When in Texas… 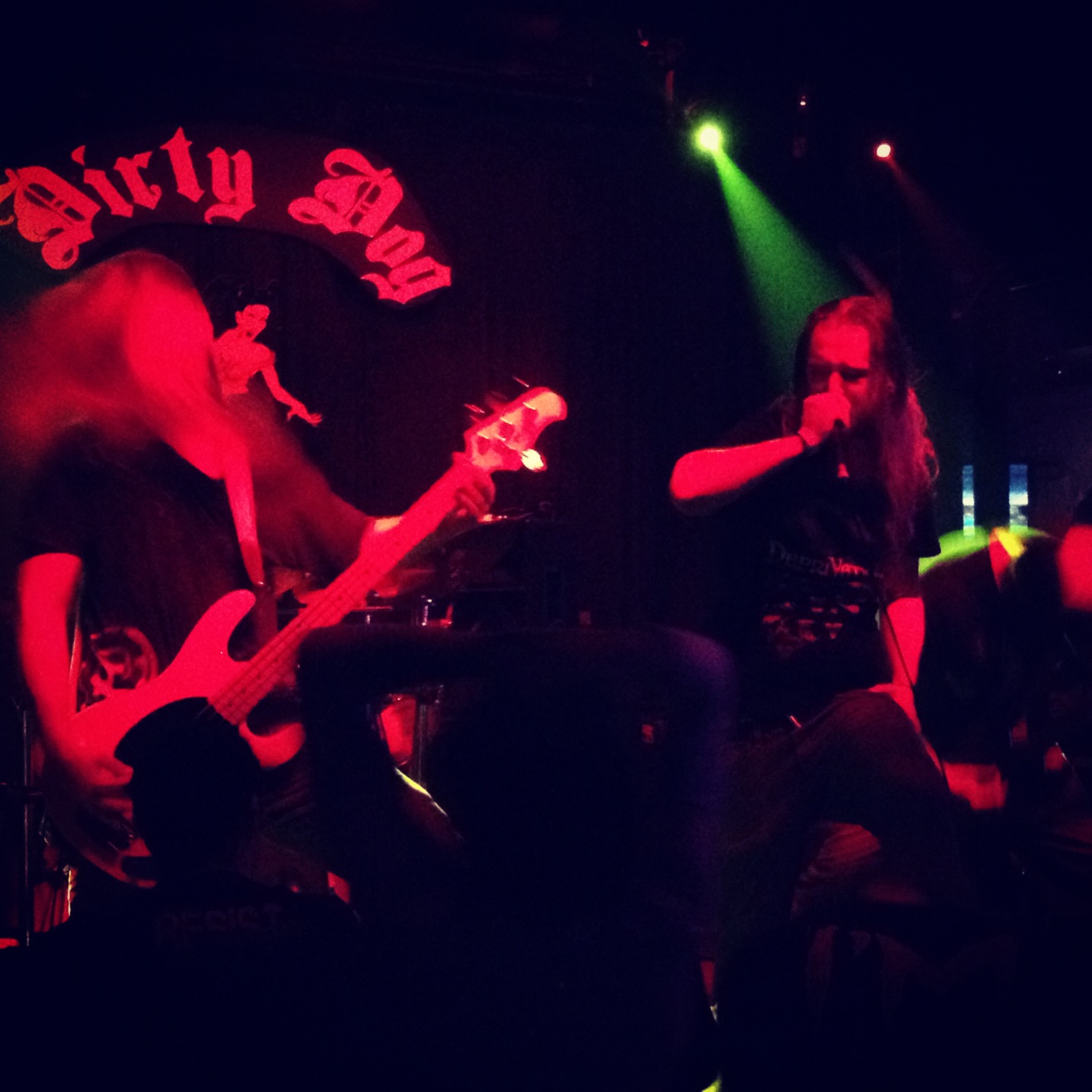 Before their set, someone described Austin band that I was not aware of Prey For Sleep as “the Texas Lamb of God”. Perhaps a slight oversell, but they were really good. With the DepriVation guys pouring beers in their mouths on occasion, Prey For Sleep provided the crowd with a reason to buy the EP they spent this night celebrating the release of. Beyond being increasingly impressed with each song they played, I wondered about what other secret metal bands I was missing. It’s been two years since I’ve had a real home, and been able to fully become entrenched in what music a market has to offer. I used to know every band in San Francisco it seemed. As each day passes, bringing me closer to my Texas expiration date, my nervousness is combated with the desire to just be stationary.

And I can’t wait to uncover what secret music awaits me in LA…I’m sure there is- to use Oz slang- heaps and heaps of it.