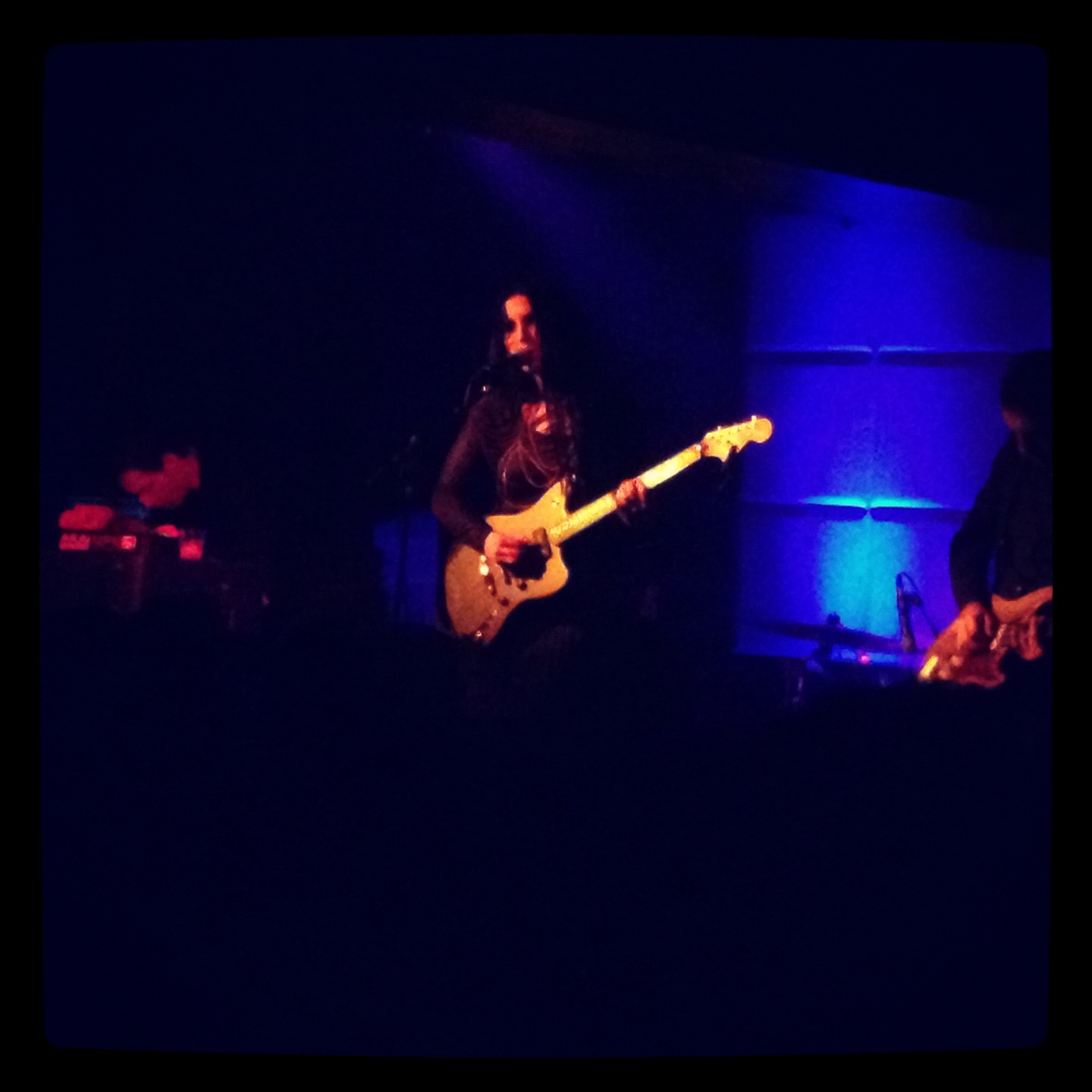 I’ve had the same conversation many times lately, some with fellow writers, some with the makers of the music itself:

“I’m kinda burned out on metal.”

As I walked through the doors of the Echoplex with a friend I think I’ve only been to metal shows with, I’ll have to admit it felt odd at first. The usual swirl of the pit, replaced by a sea of gently swaying people. The hard-driving pounding of the music was instead soft, melancholy, and haunting.

I had only recently heard Chelsea Wolfe, after a long time of hearing of her, namely in relation to her cover of Burzum that spilled over into the metal press.

Not long into listening to her, did I feel like this was exactly the type of music I’d been looking for.

What is it that attracts me to metal? When it all boils down, I’m most drawn to the darkness of it. And, of any music, metal represents that the most overtly. It’s in the album cover, the band name, the song title, the lyrics. But the presentation of it all, in the metal world, is like taking that darkness and running a sprint with it. Perhaps I am getting exhausted.

But watching Chelsea Wolfe on stage is infinitely more difficult. When I’m watching metal, it’s like covering up your problems with anger. It’s easier to do that. Listening to this, I felt exposed.

She balances beauty and darkness not only musically, but physically. You can’t help but become enthralled by an ethereal sense while watching her play. I don’t find myself being a fan of many female vocalists, but she somehow gets under my skin.

It ended up being a surprisingly short set, which was good because it was inevitably depressing. The car was quiet on the drive home, on that hot September LA night.

Author HardRockChick 3
It is fitting that my first live show of the year was Willie Nelson, the man that I’ve seen more throughout my life than...
Read More