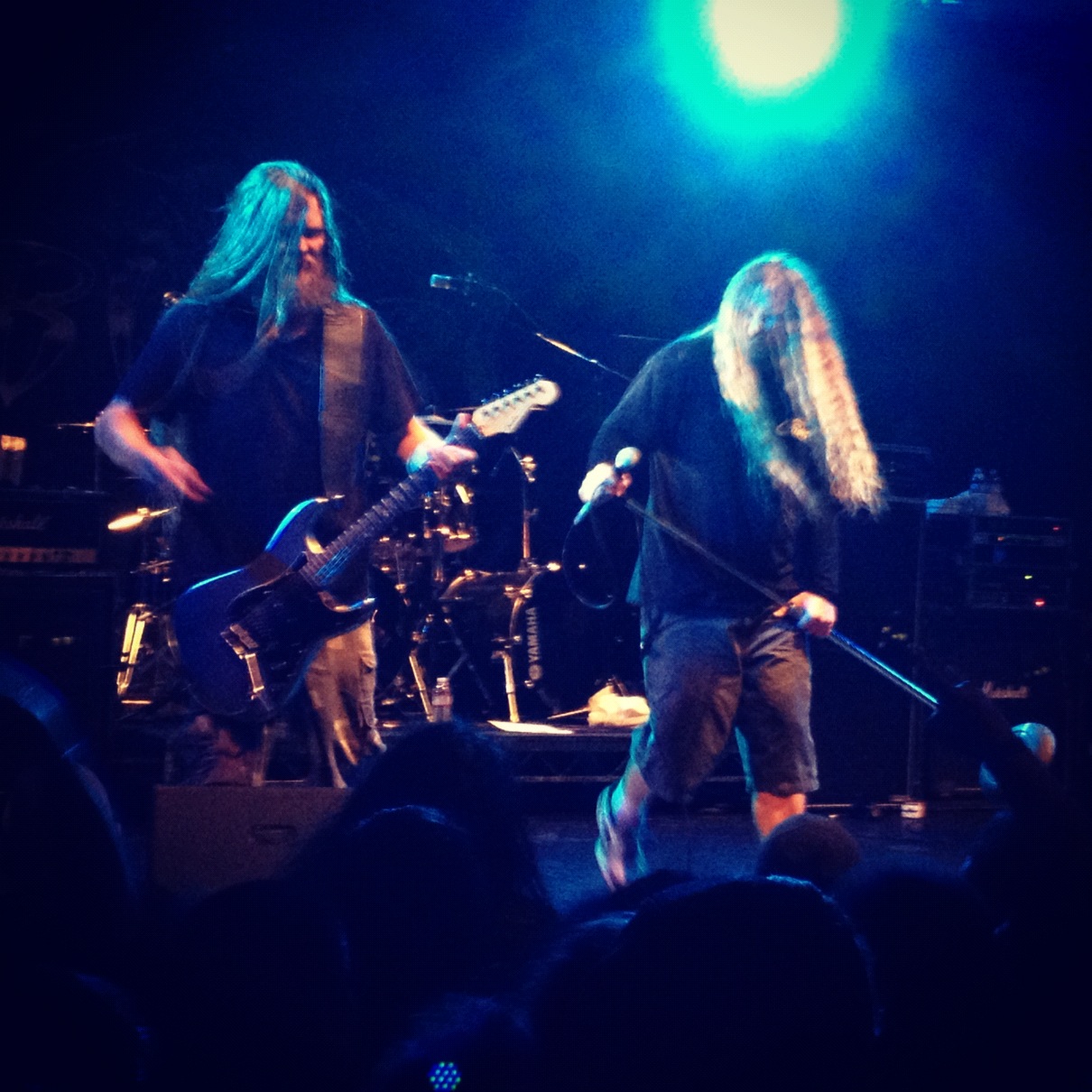 As I got dressed for this show, I discovered that Decrepit Birth had to drop off the tour due to their van being broken into in San Francisco. America’s best city? Hmmmm…

While waiting in line to get in…which took forever….I discovered that the Key Club has this new policy that forces photographers to pay $50 to shoot there…bands get only one free photo pass to give out. I don’t understand it when venues, PR people, bands, etc. do things like this that ultimately prevent them from getting more press. So now, instead of awesome professional photos, you get stuck with my shitty cell phone pics once again. 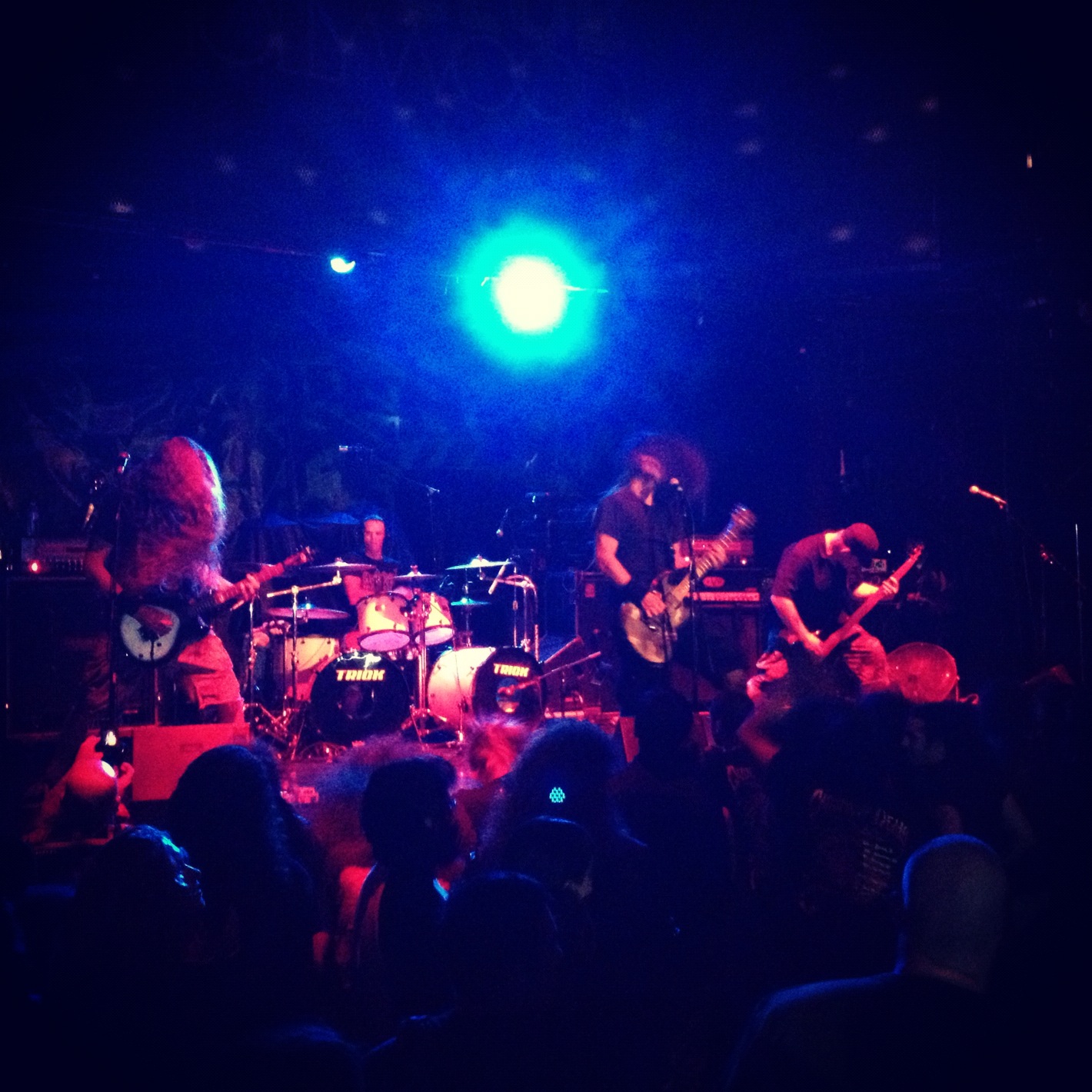 Arriving just in time for Jungle Rot, it was immediately clear that my week had seen a gradual progression in speed. Last time I saw Jungle Rot was a weird show down at the Chain Reaction last year. I have to say that it felt good to finish the week with death metal. The power of it swept me up, and forcefully pushed every stray thought out of my head. Shaking me out of wallowing in sadness, or contemplating my authenticity as a metal music lover, as “Their Finest Hour” played I remembered that I am empowered. 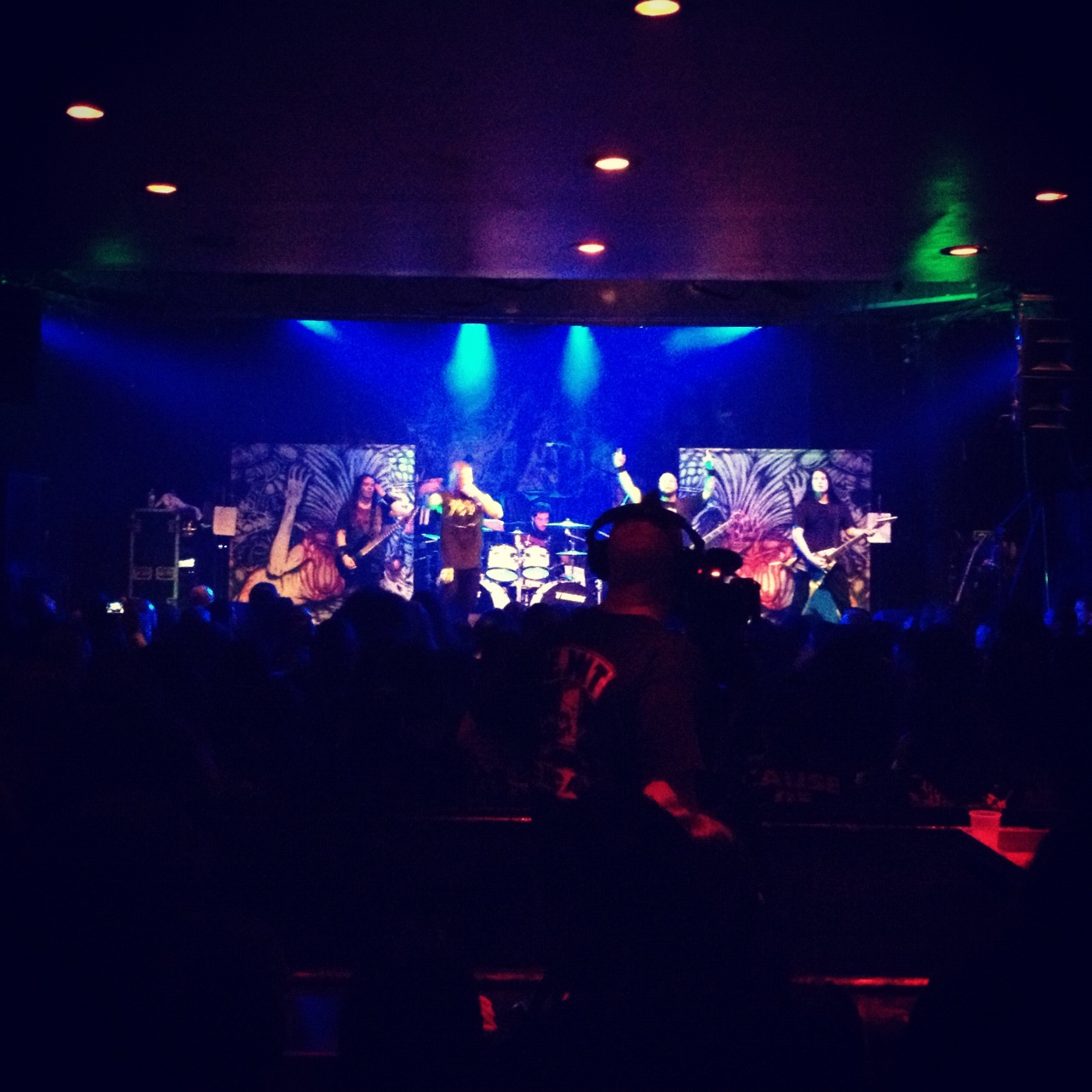 I knew absolutely nothing about Broken Hope so I didn’t really watch most of their set….I went outside to get fresh air and use my phone because a packed Key Club means no service. When I went to get back inside, it took nearly 30 minutes because the lines of people who just needed re-entry and those just arriving were a total clusterfuck, not to mention there was a fight right in front of the venue that freaked everyone in security out. It was a really frustrating experience…can you tell that the Key Club is not my favorite?

Seeing Obituary live was the highlight of my week. Basic and all-consuming death metal at its finest, the nasaly growl of John Tardy cuts like a thousand razor blades. He’s like the Bob Dylan of death metal, there’s something off-kilter about his vocals, and not in a deep and evil sense…but you wouldn’t have it any other way, either. The Florida Death Metal scene of the ’90s…it’s the most confounding scene of all. You go to the Sunset Strip, you can hear hair metal sizzling on the fluorescent lights…you go to Norway, and you can hear black metal coming from the forests….you go to Seattle, you hear grunge raining from the sky. You go to Florida, and you can only find this sound hiding in the bedrooms of the people who created it.

Standing on the stairs overlooking the pit, I watched my friend show the baby karateâ„¢ wielding youngin’s how it’s done. As the Key Club shook to the point where an earthquake could have happened and no one would notice, we windmilled and screamed, “Chopped in Half!” as the night grew darker. The slightly sludgy, grinding guitars seeped from the stage into our ears. Feeling like my heart’s beating in competition with the drums, the death metal adrenaline shot that made me fall in love with these bands superseded any speck of exhaustion or growl of hunger that had been on my mind before.

“Chopped in half
Feel the blood spill from your mouth
With rotting ways comes destiny
Feel the soul taking over , bleed!”

Author HardRockChick 0
It was through the kindness of someone who I met through my NIN pieces that allowed me to follow one more tour before the...
Read More
My Musical Adventures