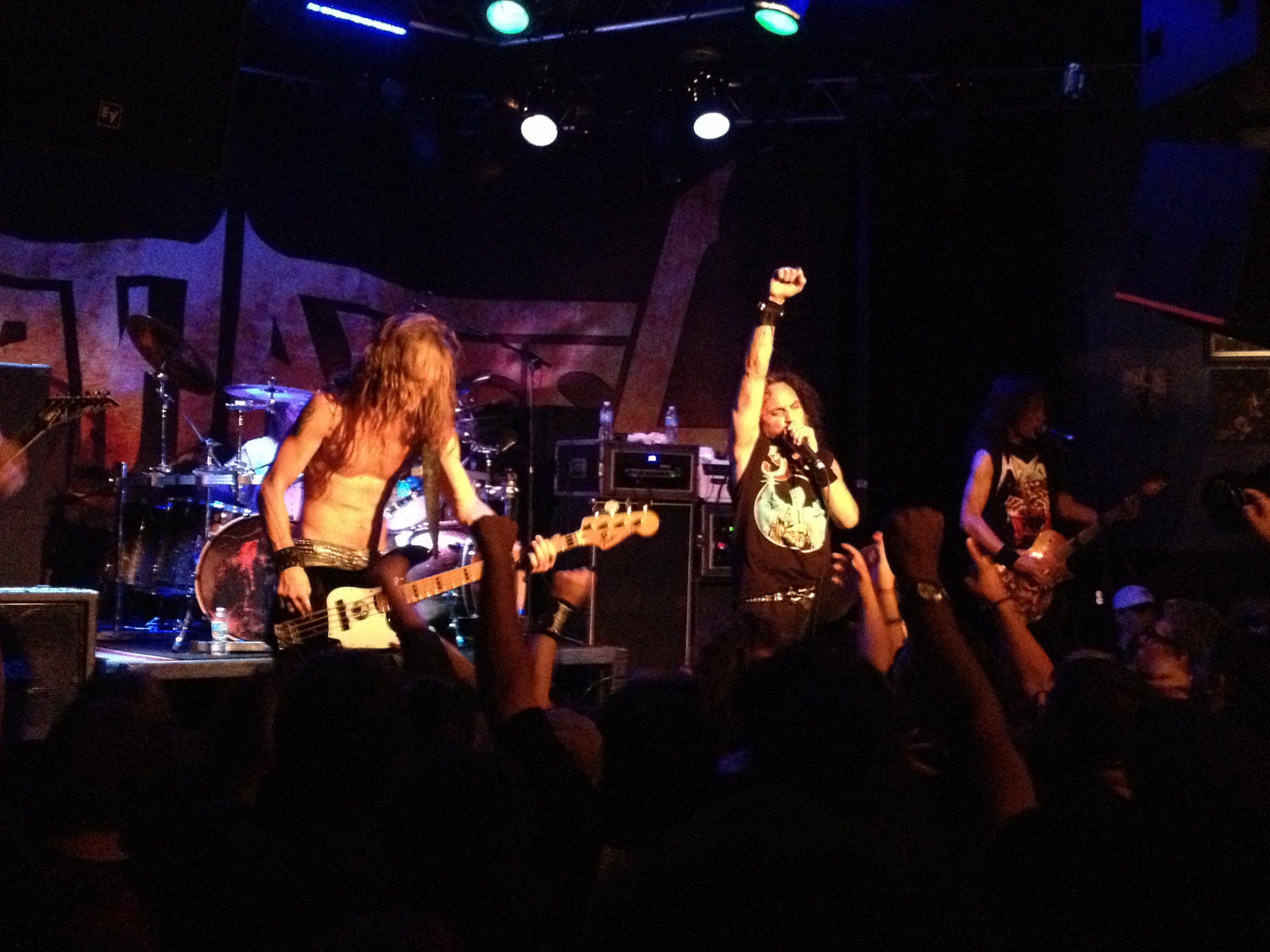 I zipped into the Whisky and around the crowd to the corner of the stage just in time for Threat Signal to come on. It was Friday night, and this week was ROUGH so I was ready to blow off some steam, and couldn’t think of any better way than watching this group of dudes who I’ve seen grow over the years tear apart such a legendary stage. 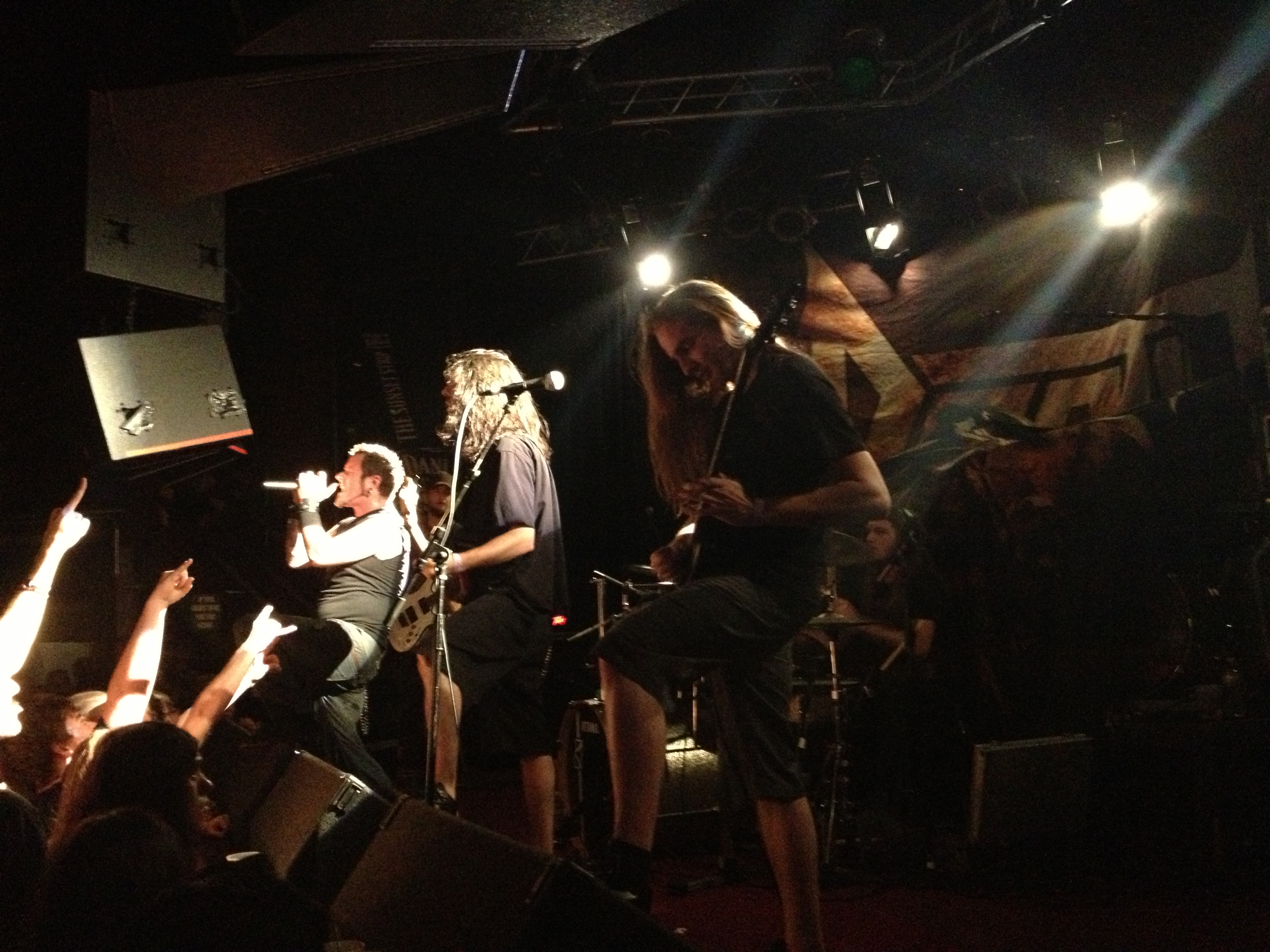 It may have been kind of a tough classic thrash metal crowd, but TS played the best set I’ve ever seen them do. Beyond sounding great, they just looked like they were having the time of their lives. And isn’t that what it’s all about? I think vocalist Jon Howard has one of the best voices in metal. Pat Kavanagh is a beast on the bass, threatening the crowd, and perhaps the band at times, as he trudges around. And Travis Montgomery’s delivery of the melodic tones on guitar is sublime. As I watched them play and sang along, I felt the week’s woes melt away.

I don’t know how this happened…in fact, I’m kind of embarrassed to admit it….but this would be my FIRST TIME seeing Death Angel, which seems crazy considering I lived in the Bay Area for so long. Can’t explain it, but it ultimately ended up being the best first Death Angel show ever.

When the guys descended those famous stairs and launched into their set, the pit went insane. There wasn’t even really a pit, it was essentially the entire floor that exploded in a sea of maniacs. They would be playing all of The Ultra-Violence that night to celebrate their long career. A trash can was shoved into me (trash & thrash!), and I felt a towering, shadowy figure approach to my side. Two gigantic dudes had walked in, and I thought they would serve as perfect bodyguards for the evening. Boy was I wrong. I kept inching towards the door, which was good because I had to duck out of the set for about 20 minutes to take a Skype call on the street corner. Weird, I know. But I had perfect timing coming back in just in time for my favorite track, “Mistress of Pain”.

So great. As usual with me, seeing DA live really boosted their appeal for me…they are all magnetic performers that just have this extra fire, even after all these years. Plus, the singer was wearing a Ghost shirt. I’m not sure if it was because two of the openers had to drop off the show due to van trouble, or that it was the final night of this tour, or what..but they played FOREVER! At the encore, they started talking about their legacy, and how they are the “youngest band in thrash” (they said this at least 10x). They thanked everyone for their support and starting talking about how this was one of the best shows they’d ever played. I never believe that, but I actually got written proof: