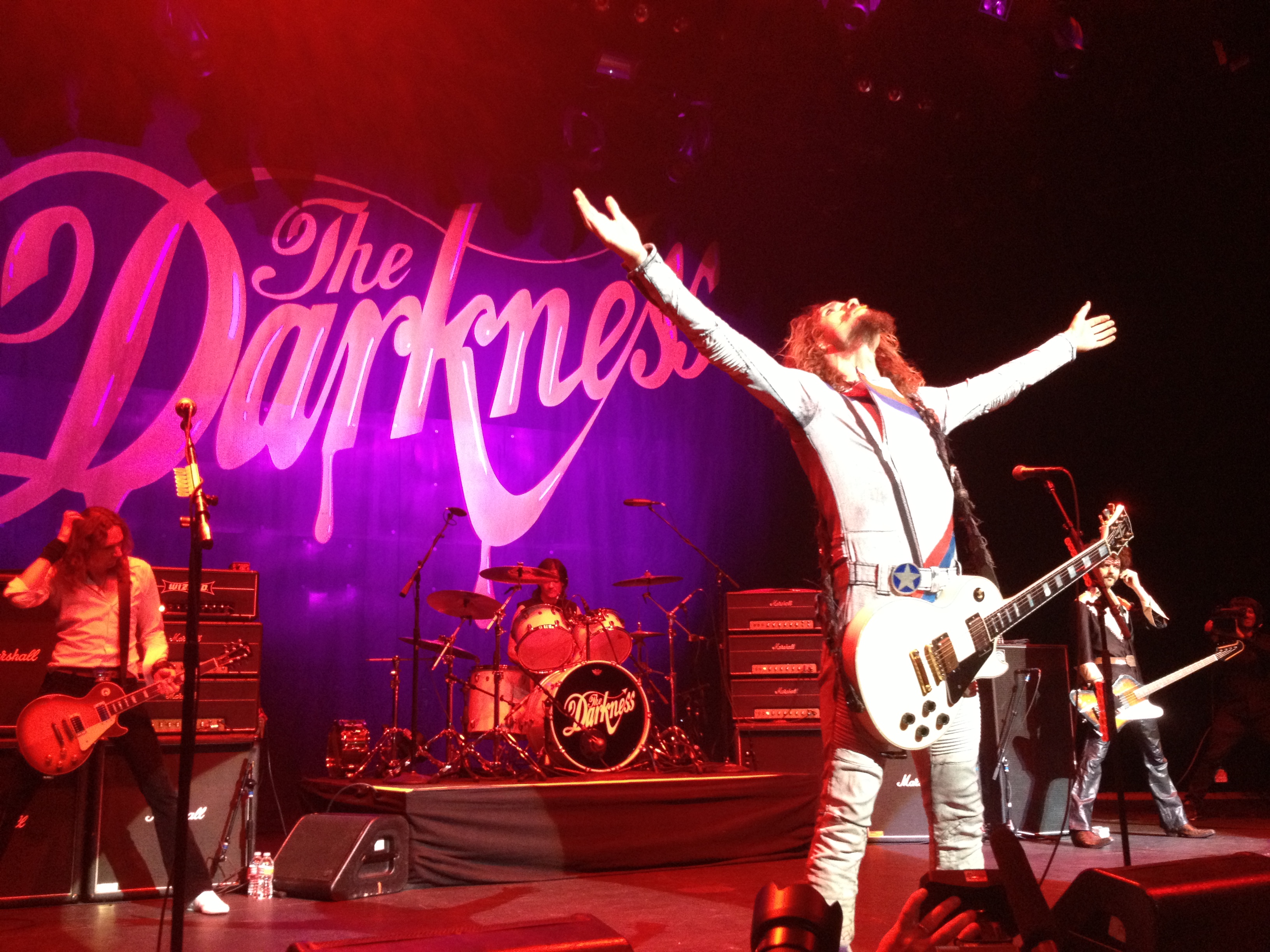 I wrote about The Darkness for the GRAMMY site…you can see the edited version of what’s below here. Haha.

I’m standing at the front of Club Nokia shrouded in darkness. Thin Lizzy’s “The Boys are Back in Town” is blasting over the speakers. The lights go up, and 4 tall lanky British figures emerge on stage, in various variations of leather, cloth, and flair. I’m surrounded by the strangest cross section of the rock community you could imagine. And we’re all screaming “suck my c*ck!”.

It’s my third time seeing British glam rock band The Darkness this year, and they open with the lead track from their new album, Hot Cakes, “Every Inch of You”. The Darkness are an anomaly, a band that doesn’t fit with anything else I listen to, a band that a lot of people don’t get, or take seriously. But if you’re a real music fan….you realize the prowess of The Darkness.

Onto “Black Shuck”, seeing them is like an arena show on the small stage…they’ve just got that presence about them. Vocalist Justin Hawkins is my era’s Freddie Mercury, that voice just inspires! “Growing On Me” has the crowd clapping on command; the whole show is being filmed for a live streaming and there’s a camera flying over my head. The cowbell intro to “One Way Ticket” represents the tongue-in-cheek-ness of the band.

“Nothin’s Gonna Stop Us” could be the band’s theme, who are in full force after near destruction and breaking up for the later part of the ’00s. Or it could describe how many times Justin tried to kick a pick and catch it…he literally went through every pick on his stand! Justin introduces crowd favorite “Get Your Hands Off My Woman” by telling us it’s a song about rage, asking us if we understood. Of course we understand! Now sing that song that makes rage sound so eloquent, like only a British glam band could do. 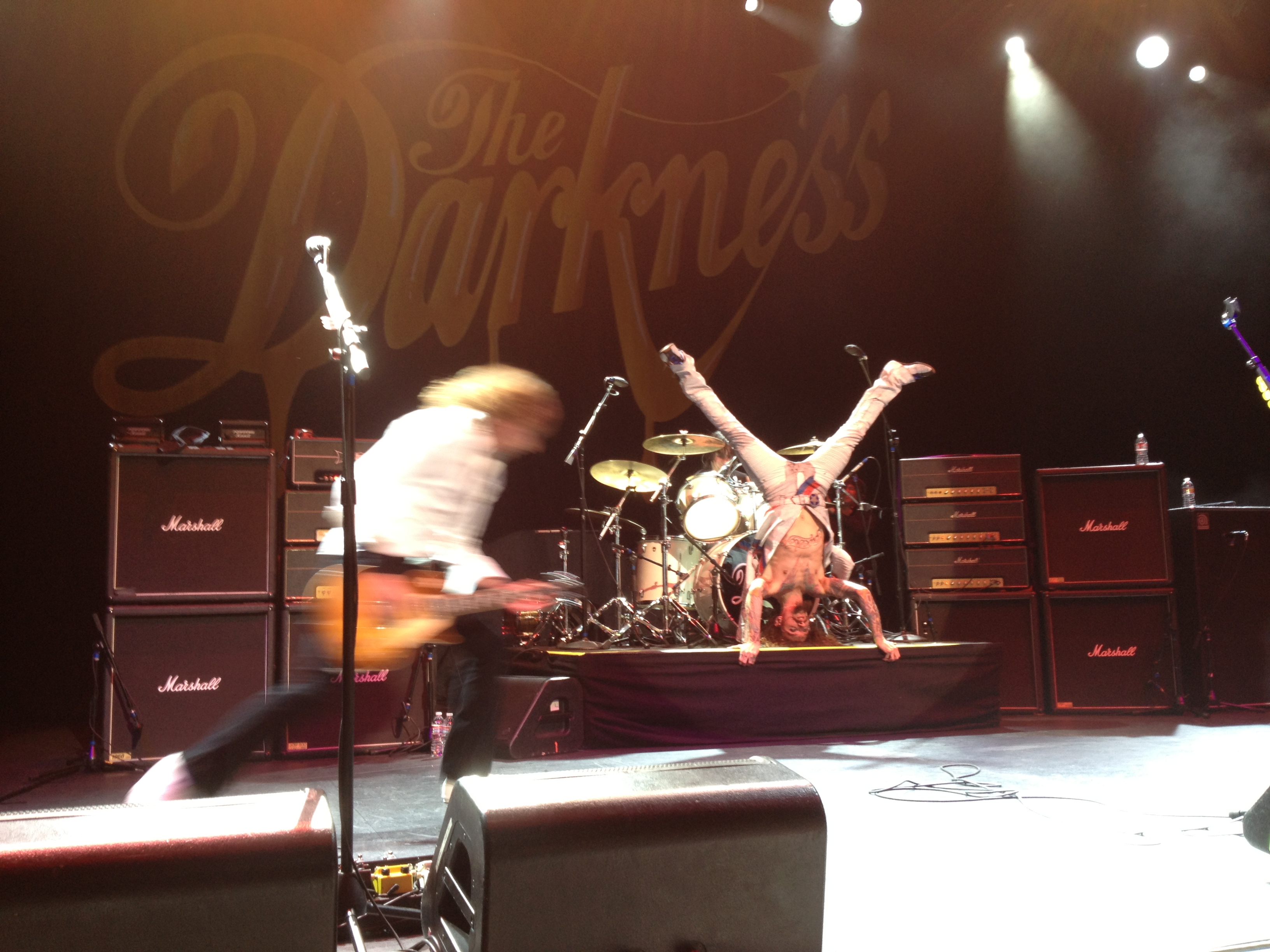 The Darkness write some fantastic love songs. They tend to inject serious and straightforward thoughts with an element of humor to keep it light. “Love Is Not The Answer” into “Love Is Only A Feeling” are songs that everyone can relate to…songs that take one of the world’s most complicated emotions and remind you of the lighter side of it, with just a touch of the darkness. The next song, “Friday Night” is another example, I think we all pine for the days of simple high school love. “God, the way she moves me to write bad poetry”…do kids these days even write bad poetry scrawled on pieces of paper passed in class anymore?

The new album has a fantastic cover of Radiohead’s “Street Spirit (Fade Out)” – one of my other favorite British bands. Covers are tricky, but the way The Darkness handles it is phenomenal; the melancholy is replaced by this drive that takes the song from being about longing from afar to taking something into your own hands. “Fade out again!” Hawkins commands. 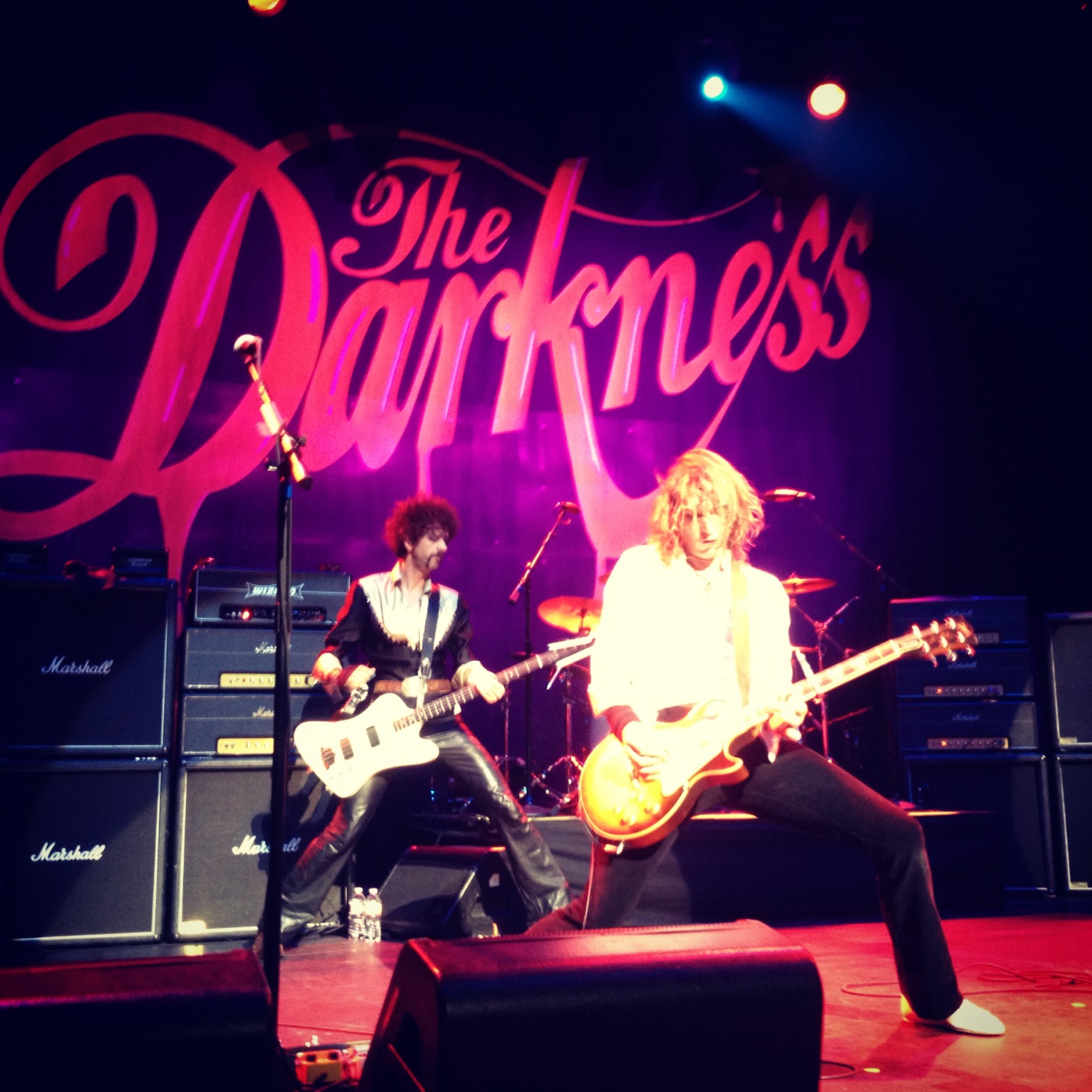 “Kiss my arse, kiss my arse goodbye…” we sing, to The Darkness’ most motivating song, “Stuck in a Rut”. Justin’s brother Dan Hawkins’ guitar playing on this song especially shines. The band makes a big production over their most well known song- the song that is both a blessing and a curse in that it made a lot of people not take them seriously. “Can’t explain all the feelings that you’re making me feel…My heart’s in overdrive and you’re behind the steering wheel”. “I Believe in a Thing Called Love” closes the normal set as we all clap along and sing in the shadow of Justin. 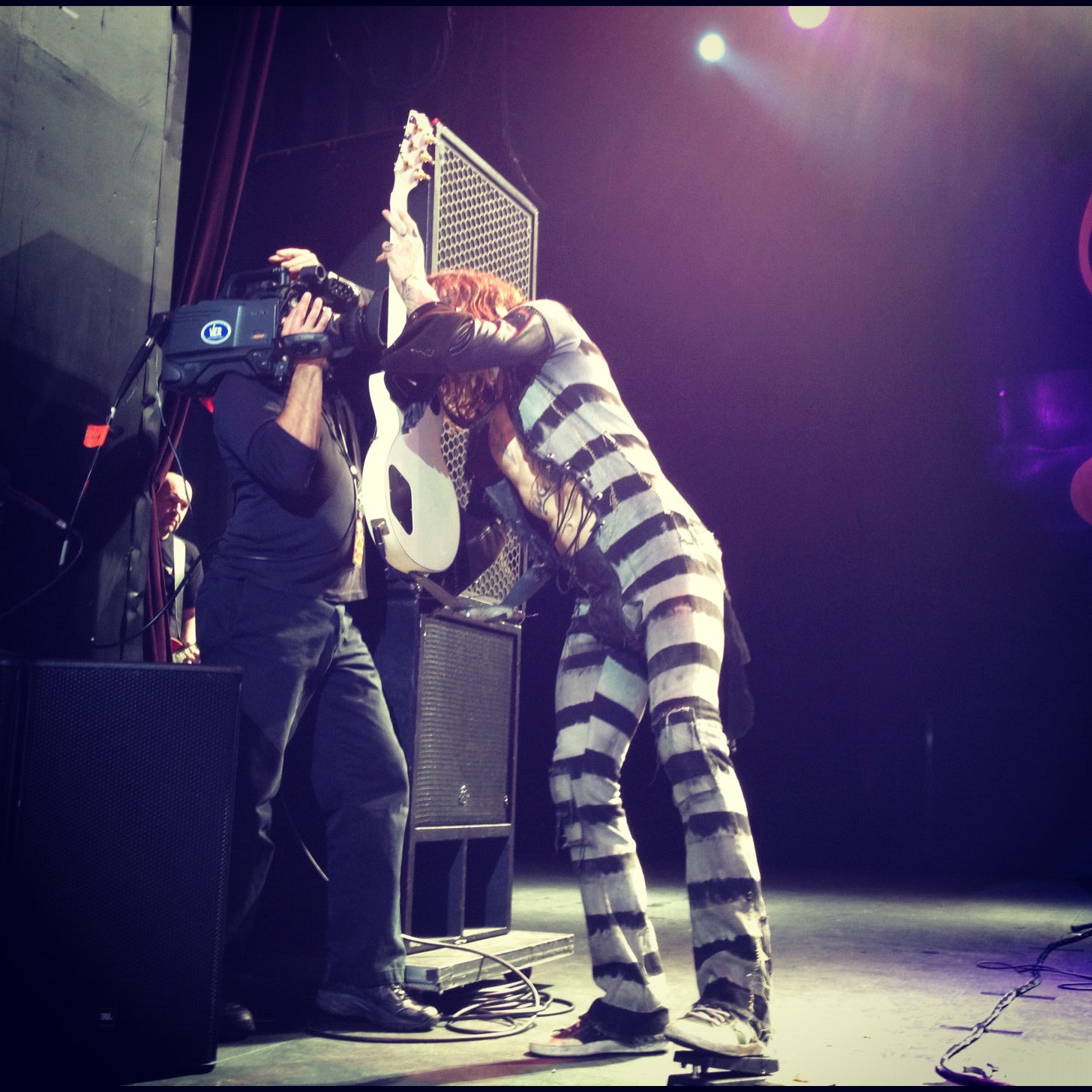 The encore closes with two of my most favorite Darkness songs, “Hazel Eyes” and “Love on the Rocks With No Ice”, accompanied by Justin’s usually trek around the floor while straddling a security guy’s shoulders. I find it interesting that The Darkness close with these songs, because, comparatively, they aren’t as happy sounding. But perhaps they are preparing us to go back into the real world.

The Setlist
“Every Inch of You”
“Black Shuck”
“Growing on Me”
“She Just a Girl, Eddie”
“One Way Ticket”
“Nothin’s Gonna Stop Us”
“Get Your Hands Off My Woman”
“Love Is Not the Answer”
“Love Is Only a Feeling”
“Friday Night”
“Concrete”
“Everybody Have a Good Time”
“Street Spirit (Fade Out)” (Radiohead cover)
“Givin’ Up”
“Stuck in a Rut”
“I Believe in a Thing Called Love”
Encore:
“With a Woman”
“Hazel Eyes”
“Love on the Rocks With No Ice”