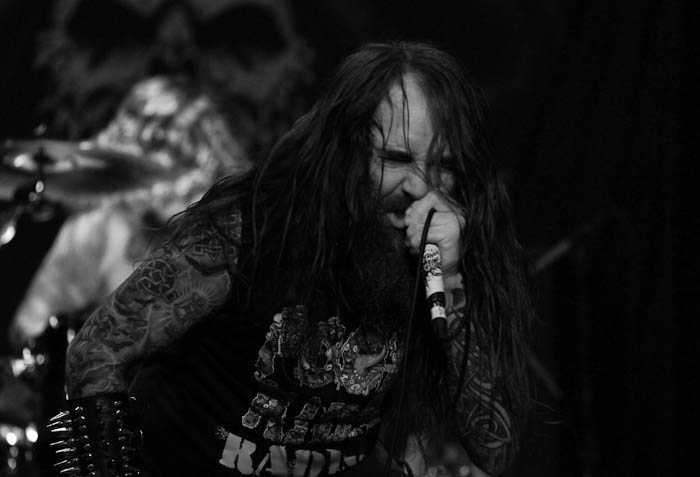 “I Am The Night, A Silent As Shadow
Bound By The Crave Of Human Flesh
Blood Crazed, With Vicious Abandon
Ripping Limbs From Bodies, Crushing Bones”

~This Horrifying Force (The Desire to Kill), Skeletonwitch

It was night 3 of Halloween costume madness. On this night, we were Skeletonbitches:

Nuzzled up to the stage for Mutilation Rites, I quickly became indoctrinated into their sound. Their soaring fury of guitars and drums may have not matched their look, but that ended up being what I really liked about them. It was unexpected. Black metal and Halloween go together like Burzum and church burnings. Mutilation Rites hail from Brooklyn, and could be the soundtrack for the devastation the area has seen on account of Hurricane Sandy. 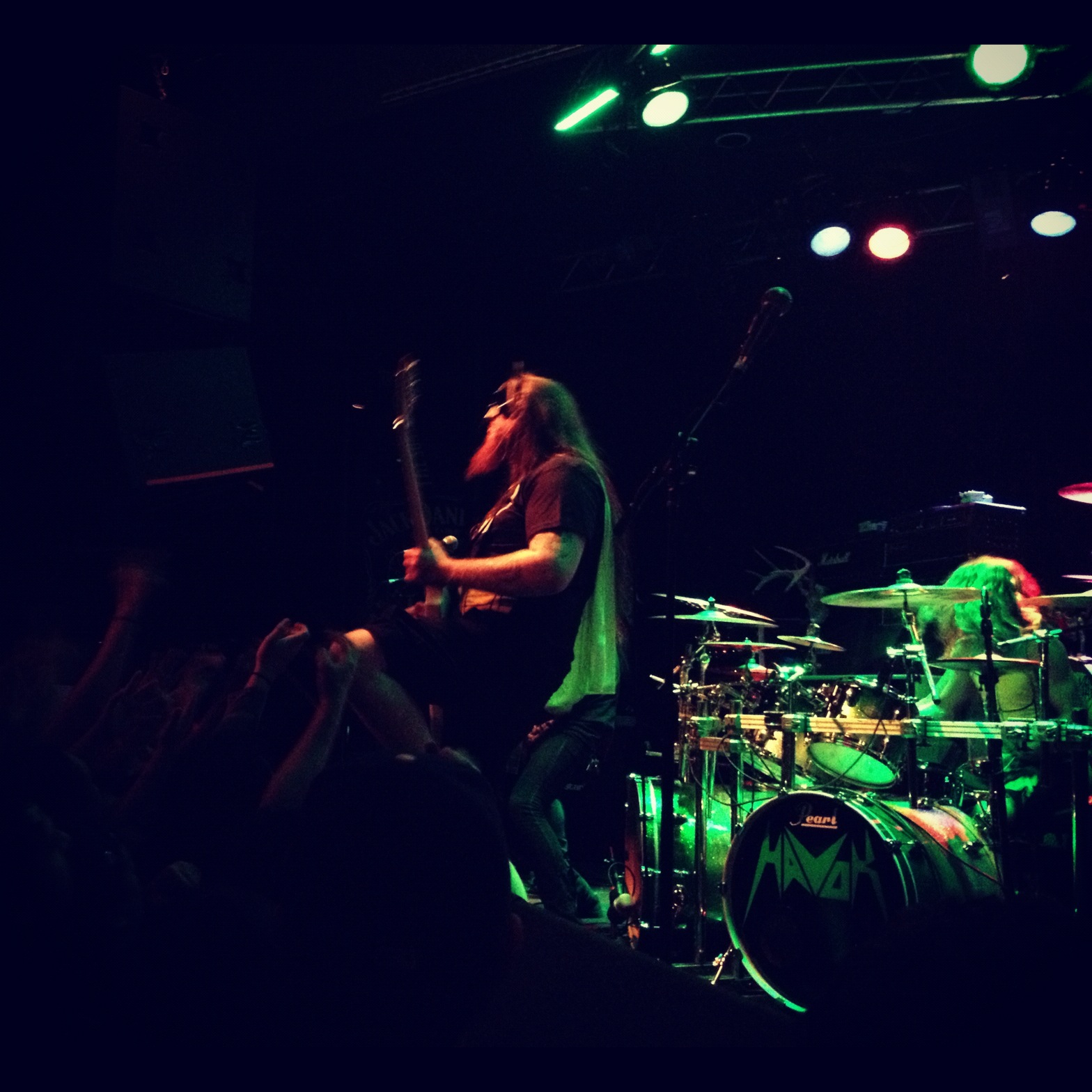 Havok descended upon the stage to an exuberant fanbase. The drummer was dressed as a Teenage Mutant Ninja Turtle, the guitarist was Batman, the bassist was Slash, and the vocalist was a terrorist. I have a little soft spot in my heart for Havok because they were one of my first “interviews” when I used to do things via MySpace messages and they were just a baby band. Now they’re playing the Whisky and I’m….no longer on MySpace. I watched the crowd go crazy for their thrash…the best being a guy dressed as a banana! Havok have a fun, ease about them and don’t take themselves too seriously, all the while backing it up with solid musicianship. As they left the stage, people were chanting for their return.

This would be the first time I’d seen a headlining set from Skeletonwitch. I thought back to years ago when I first saw them, and immediately realized there was something special about them. That same feeling happens every time I see the five piece begin to play. Skeletonwitch take the best parts of several genres and make them their own: thrash, black, death, viking metal…it’s all cut up and presented in their unique way. They played damn near every song from their latest offering, Forever Abomination. This was peppered with key tracks from Breathing the Fire as well as deep dives into their older material. The symmetrical force that is the guitarist and the bassist, moving in perfect synchronicity usually, is so iconic of Skeletonwitch to me, as is vocalist Chance Garnette’s gauntleted arm conducting the music or the crowd at times like a demented maestro.

The skeletonbitches did our skeleton dance and the night grew later. As we emerged from the venue, we were greeted by a spooky foggy mist worthy of the Bay Area. Apparently the Sunset Strip was donning it’s Halloween costume, too.