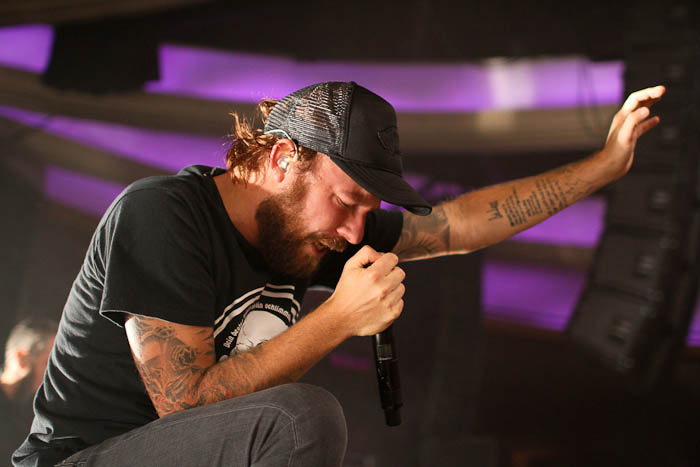 It was Halloween, and I was Lydia Deetz: 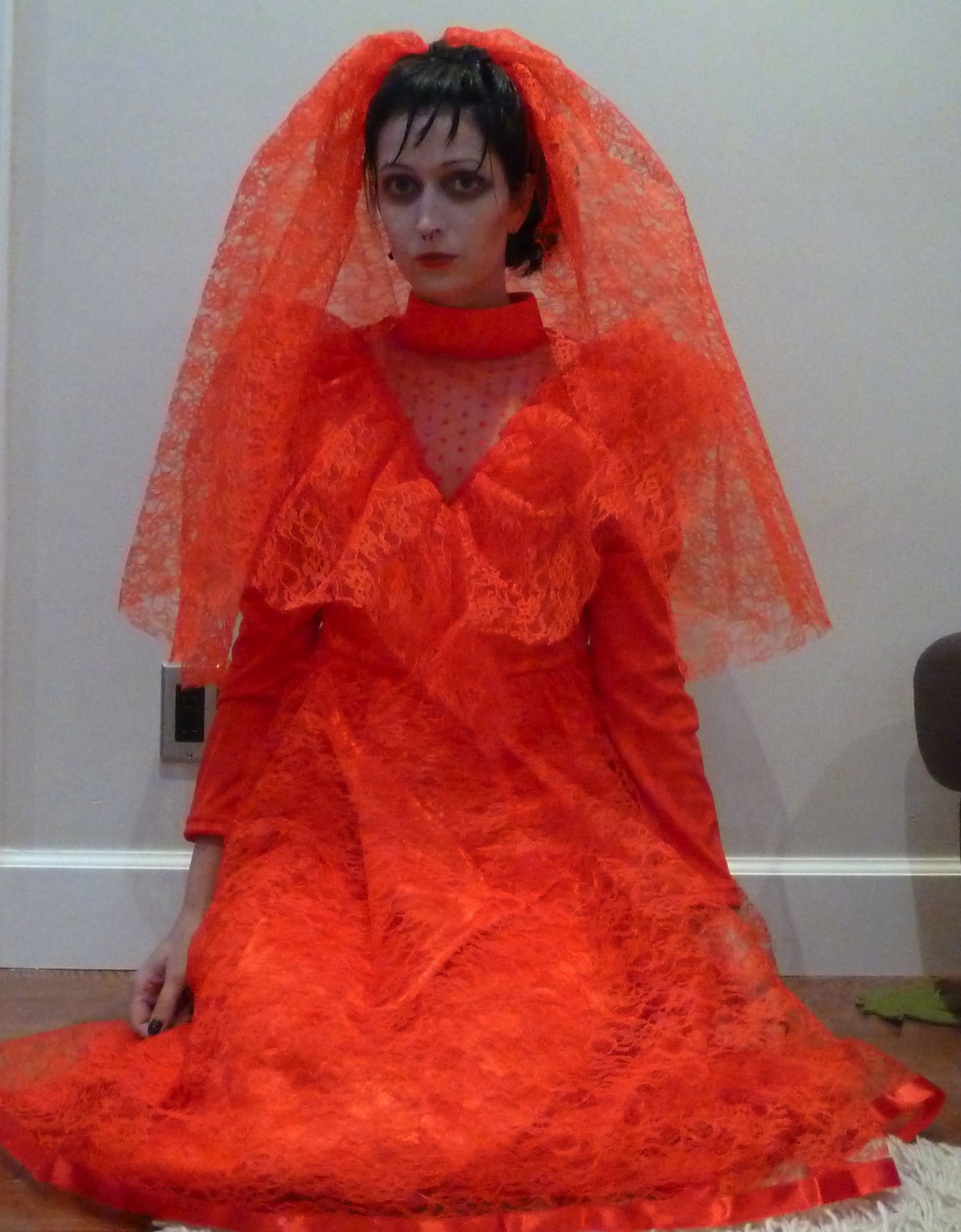 I’ve already written about this Lamb of God set for the GRAMMY site, but here are a few words and photos about the openers. 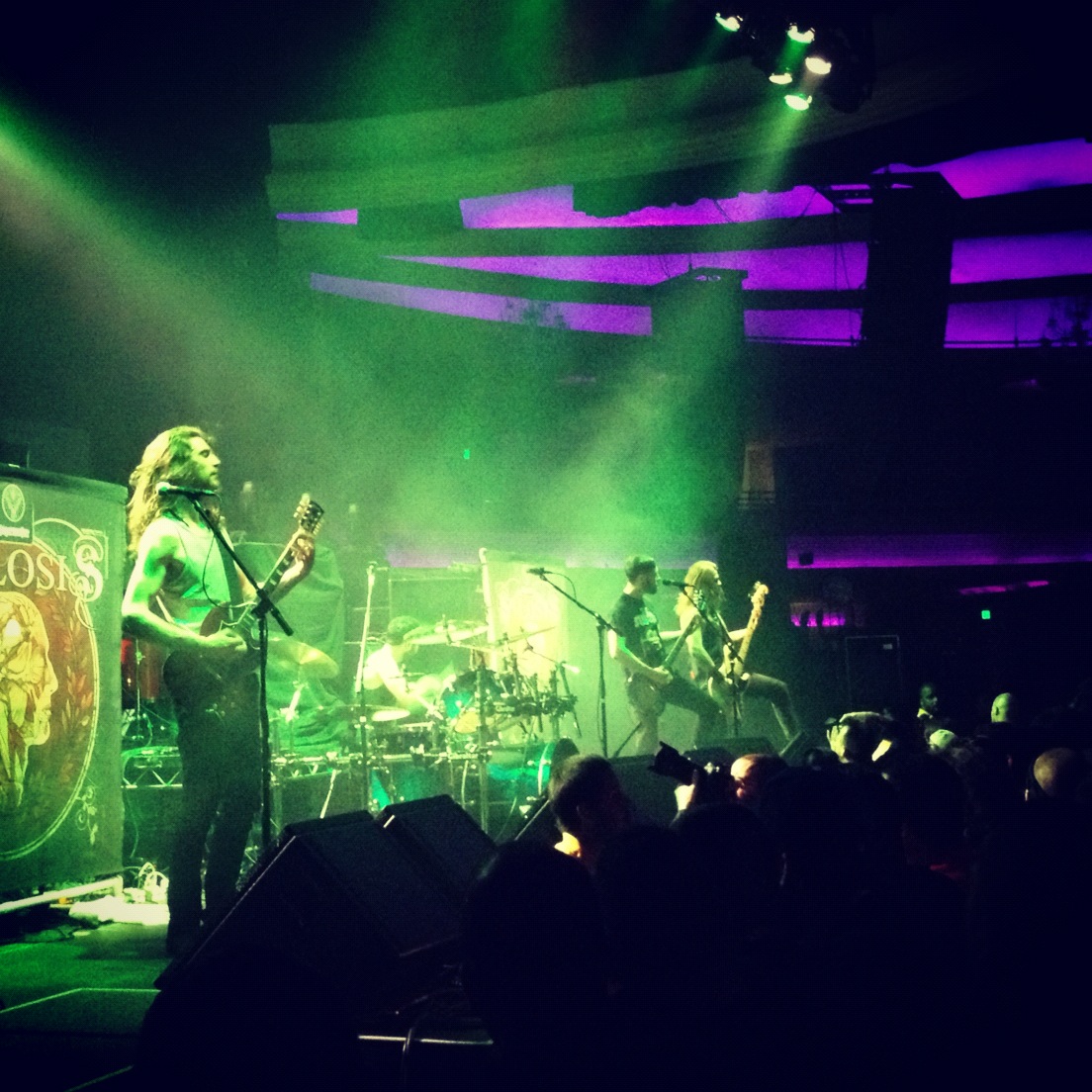 Back in 2009, I used to write posts about new bands I found, and Sylosis was one of them. “Shares DNA with Lamb of God”. It three years to finally see them, with Lamb of God, of course. They did not disappoint. Strong in musicianship and songs, they beckoned to the growing crowd with more than glimpses of what was to come. 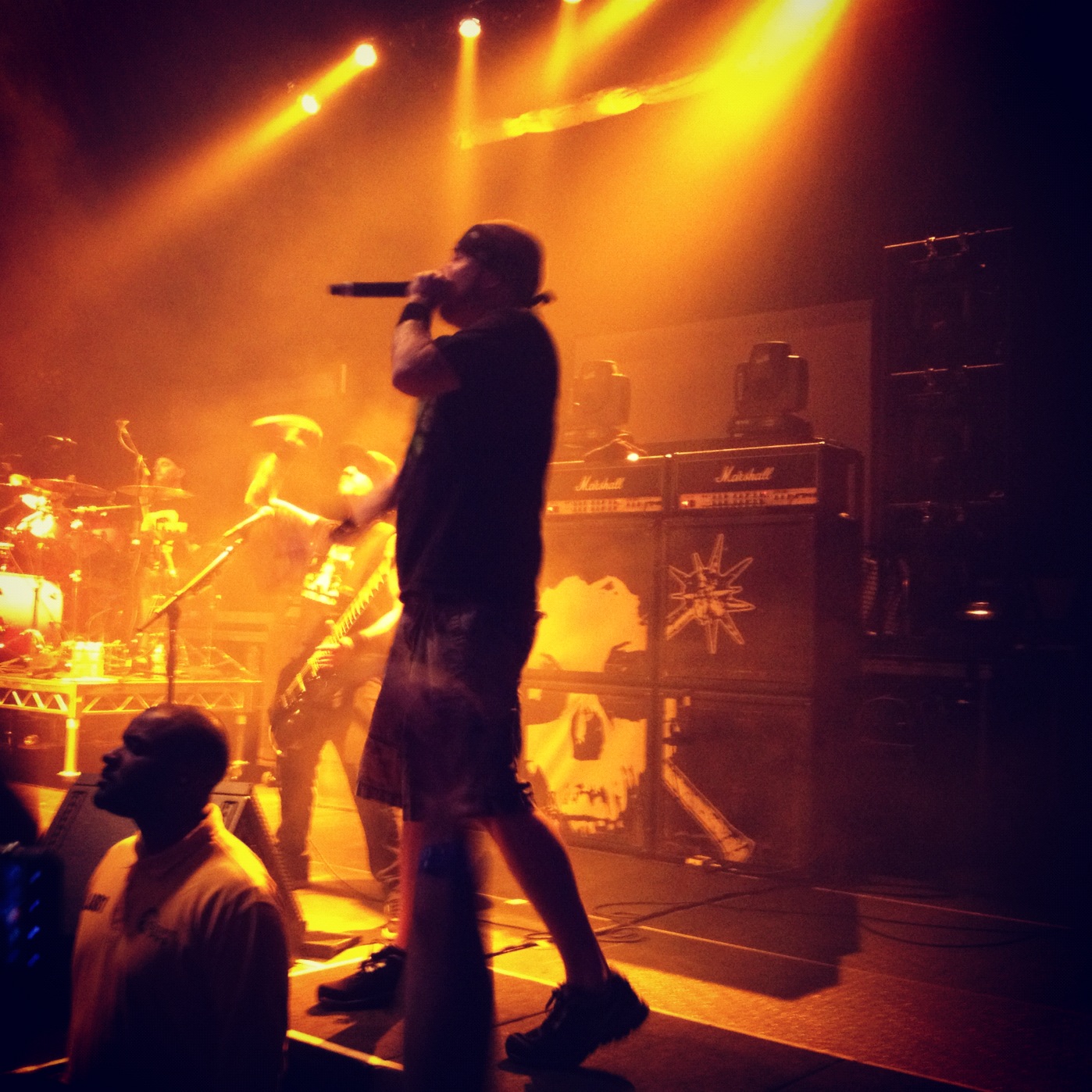 The last time I saw Hatebreed was with Lamb of God right when my whole life changed. I’m not the biggest Hatebreed fan, but over the years I’ve embraced their sets as being fun, and Jamey Jasta is an entertaining interview. But the most memorable thing from this set was the bass on the breakdowns booming so hard it made me feel like my head was going to explode! Seriously, were we at a dubstep show?!

I think it was around this time that I spotted Papa Emeritus: 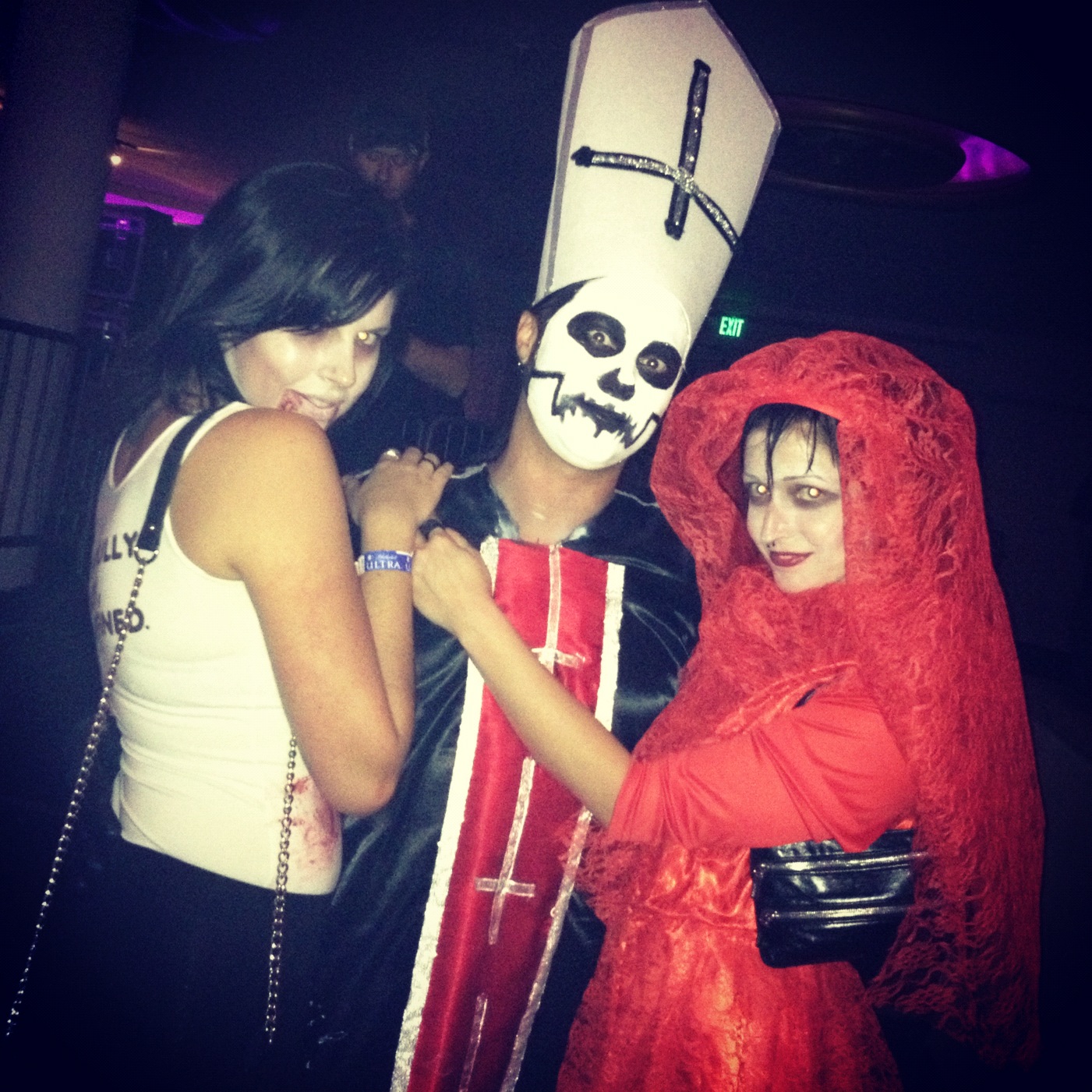 I think we made a rather striking couple.

Sweden’s In Flames were up next, and my lack of familiarity with them was made up for in an engaging set that essentially communicated to me that I was missing out on something by not knowing them. They have a whole rapport with their fans that seems very defined, and I always respect bands that go the extra mile with that.

For a full review of Lamb of God’s set go here and for more pics from Dirt check them out here.

Every Halloween should have a sense of danger and mischief about it, but that was very real as we left the Palladium to discover there was a shooting very nearby and there was mass chaos about. And then somehow I ended up with this in my hands by the end of the night: 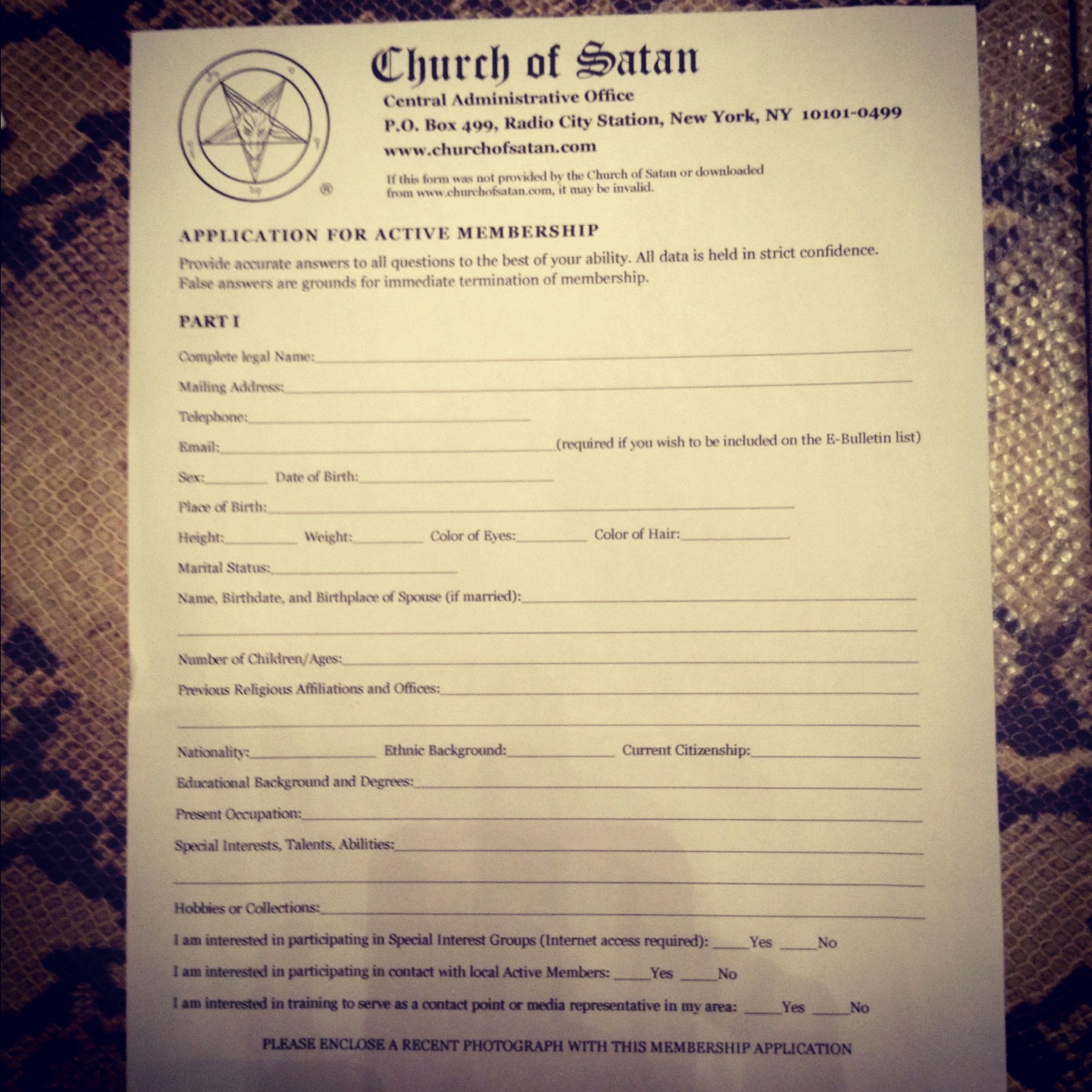 The following night’s show in Las Vegas saw Lamb of God canceling their set at the very last minute due to Randy Blythe taking ill. If that had happened that night in Hollywood, you would have REALLY seen me…err, Lydia….go super goth.

Author HardRockChick 1
The thought of a tribute band makes many people cringe. Are they ever really any good? Why can’t they play their own music? At...
Read More
My Musical Adventures

Author HardRockChick 3
Last night I was an outcast. I didn’t grow up with this music. Unlike 99% of the people there, I didn’t know every word,...
Read More
My Musical Adventures

Author HardRockChick 7
First, it was Fucked Up. Then, Goblin Cock. Now, SHAT. I’m on a downward spiral of perverse band names. And, seriously, SHAT is scraping...
Read More
My Musical Adventures