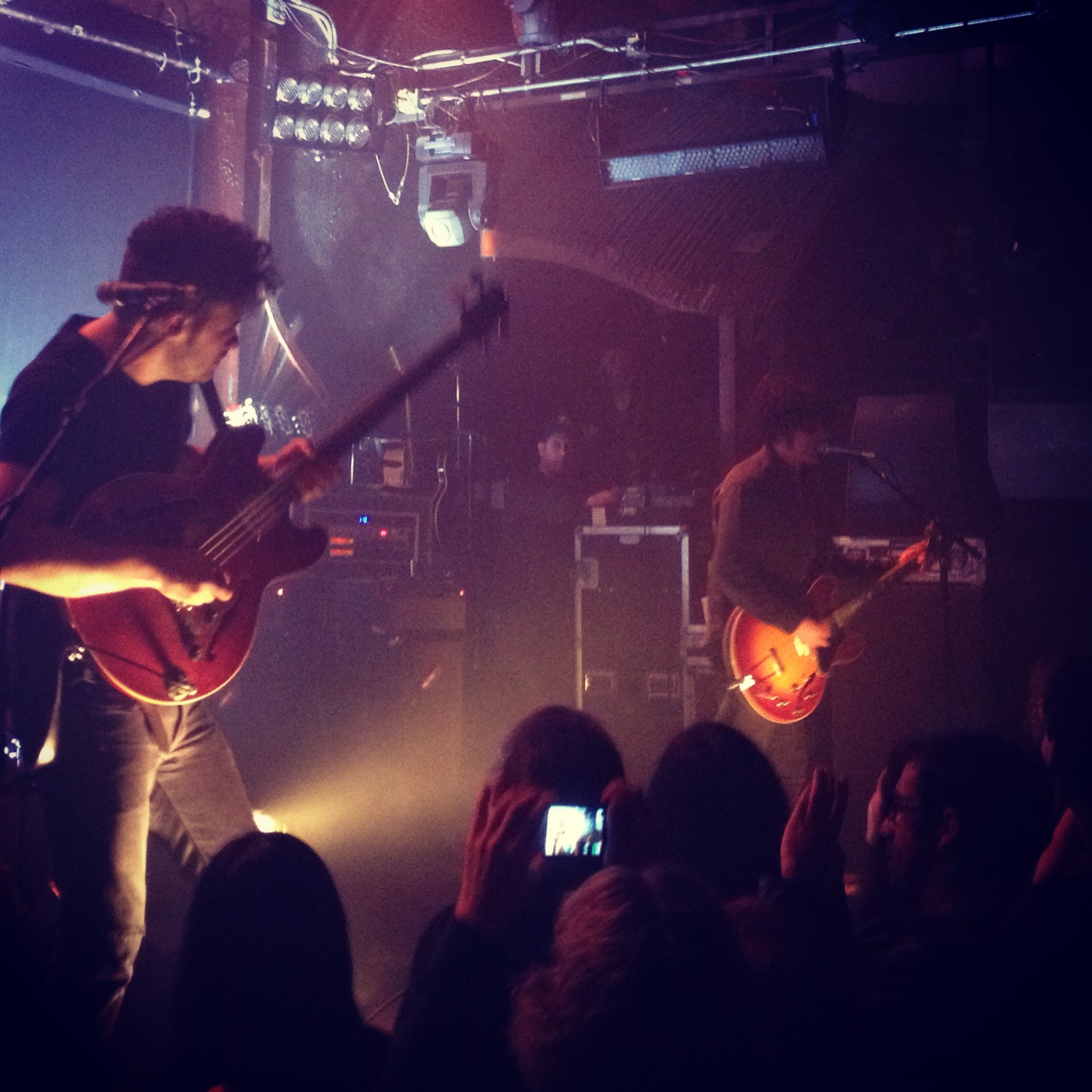 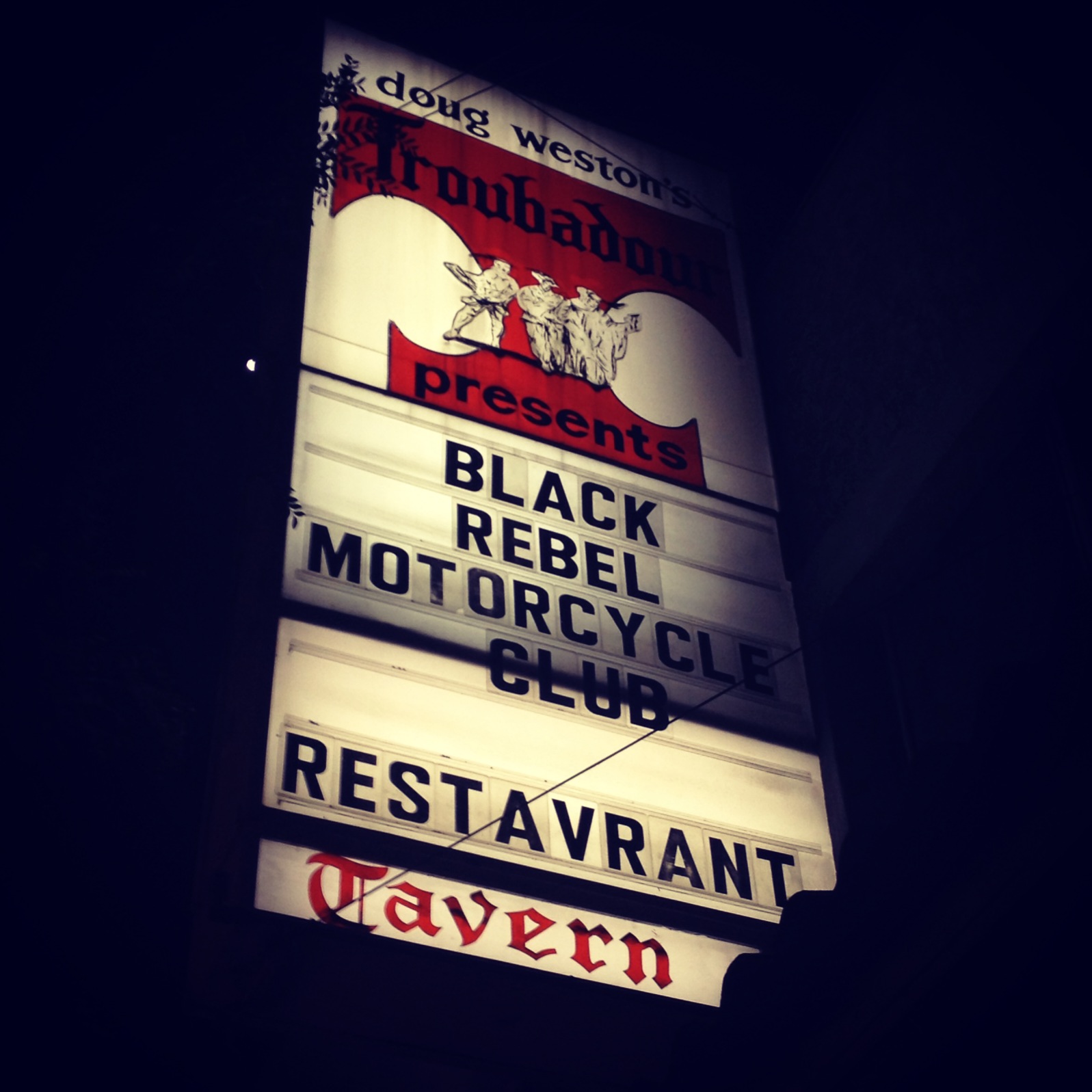 After spending last year catching bits and pieces of the BRMC I fell in love with at weird benefit shows (and a horse race!), I was so happy as I walked into the Troubadour. Finally, a proper show!

As the hours ticked away on what was supposed to be the end of the world, my friend and I hobbled in shortly before BRMC took the stage, as if we had emerged from the apocalypse barely alive already. We had been on a rampage the night before, and tonight we were feeling the effects. In the moments before the set began, I realized that this was being filmed. I find it extremely annoying when cameras are roaming around a set – it changes the whole vibe – but as soon as the light dimmed and they stopped what was terrible interim music, all of that washed away.

Beginning with a cover song and a new track off of their forthcoming album, we got a taste for what BRMC has been brewing over the past year. I was at the first show they played songs off the last album at, and remember immediately connecting with their vibe. This time, the new songs would be met with more hesitation, until they hit “Rival” much later in the set.

To me, BRMC are a dying breed. They’ve still got that sense of mystique, a sort of unpredictable career track in terms of making decisions that seem truly what they want and not necessarily what their fans or “the industry” wants (The Effects of 333, anyone?). I don’t really know who else has combined sexy rock and roll with psychedelic and gospel elements and made it all make sense. They don’t really pander to the crowd, but you know they know you are there. Under the glow of that blue Troubadour sign at the back of the stage, it was easy to get lost in music devoid of time and space.

Perhaps it was my dark mood, but the overall tone of this set was a much more upbeat BRMC than in sets from the past. “Berlin”…”Conscience Killer”…it wasn’t until “Rifles” that I really connected with my long time love affair with this band’s music. Those fleeting moments where you feel at emotional parity with the music, like it gets you…from the words to the music to the way it looks when it is played. Followed up by “Love Burns”, it is undeniable how perfect that first album of theirs is. The harmonica is out for “Screaming Gun”, and that melancholy sets in. 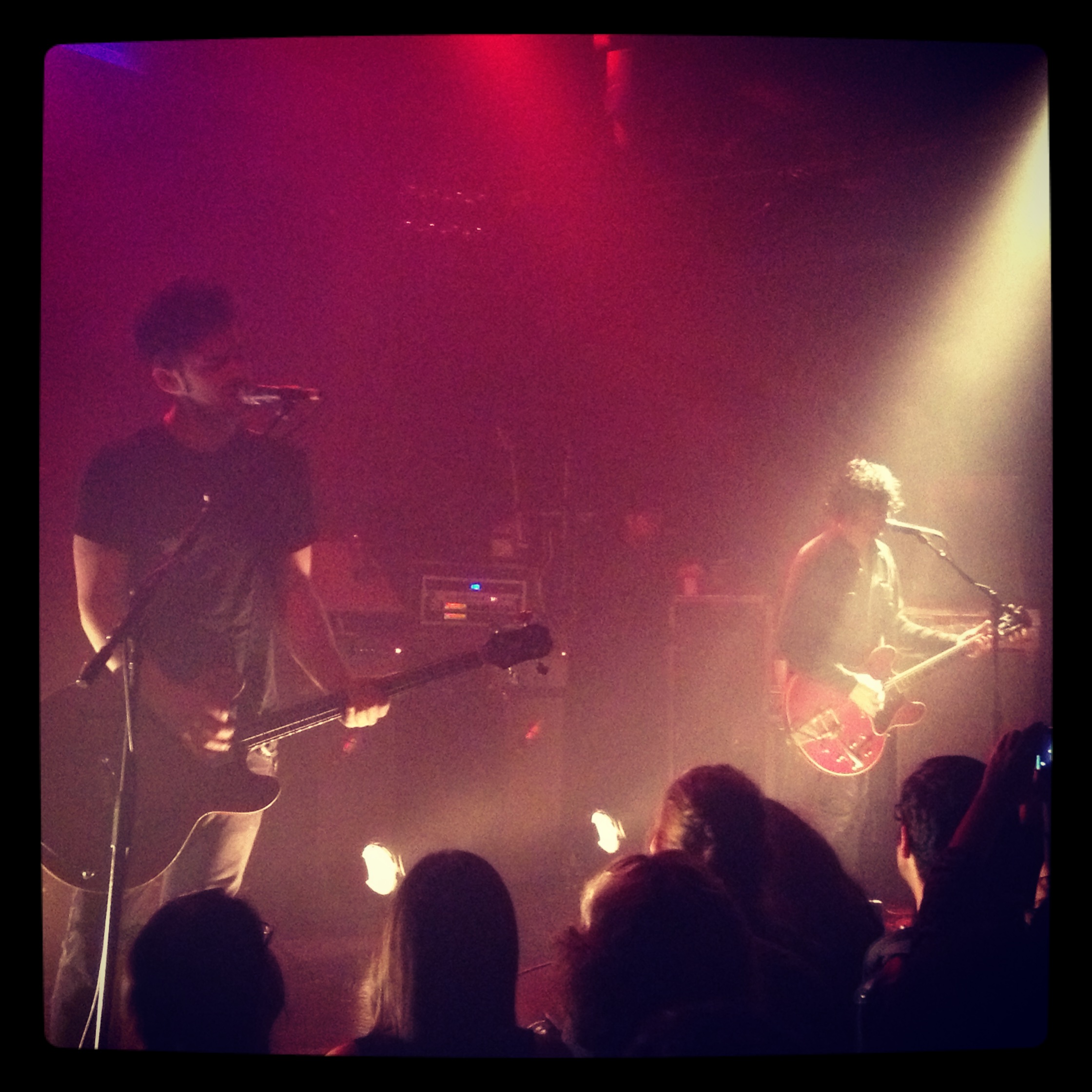 And it lingers through the ups and downs of “Ain’t No Easy Way”, “Stop”, “US Government”, and “Awake”. Landing squarely on “Red Eyes and Tears”, one of my all time favorite songs. There’s something about this song that really hit home tonight for me; the message that I have used the most painful moments in my life to create my best work. I’m smack in the middle of writing a book, and I can use all the fuel I can get.

Spun out of the funk for “Six Barrel Shotgun”, the show is winding down. “Spread Your Love” is always a favorite, with its hip swaying accompaniment. Ending with new track “Lose Yourself”, BRMC promised to not ignore LA for such a long period of time again.

Author HardRockChick 3
Somehow I’ve avoided going to the Hemlock for a show. Perhaps it has something to do with my experiences at the bar there- a...
Read More