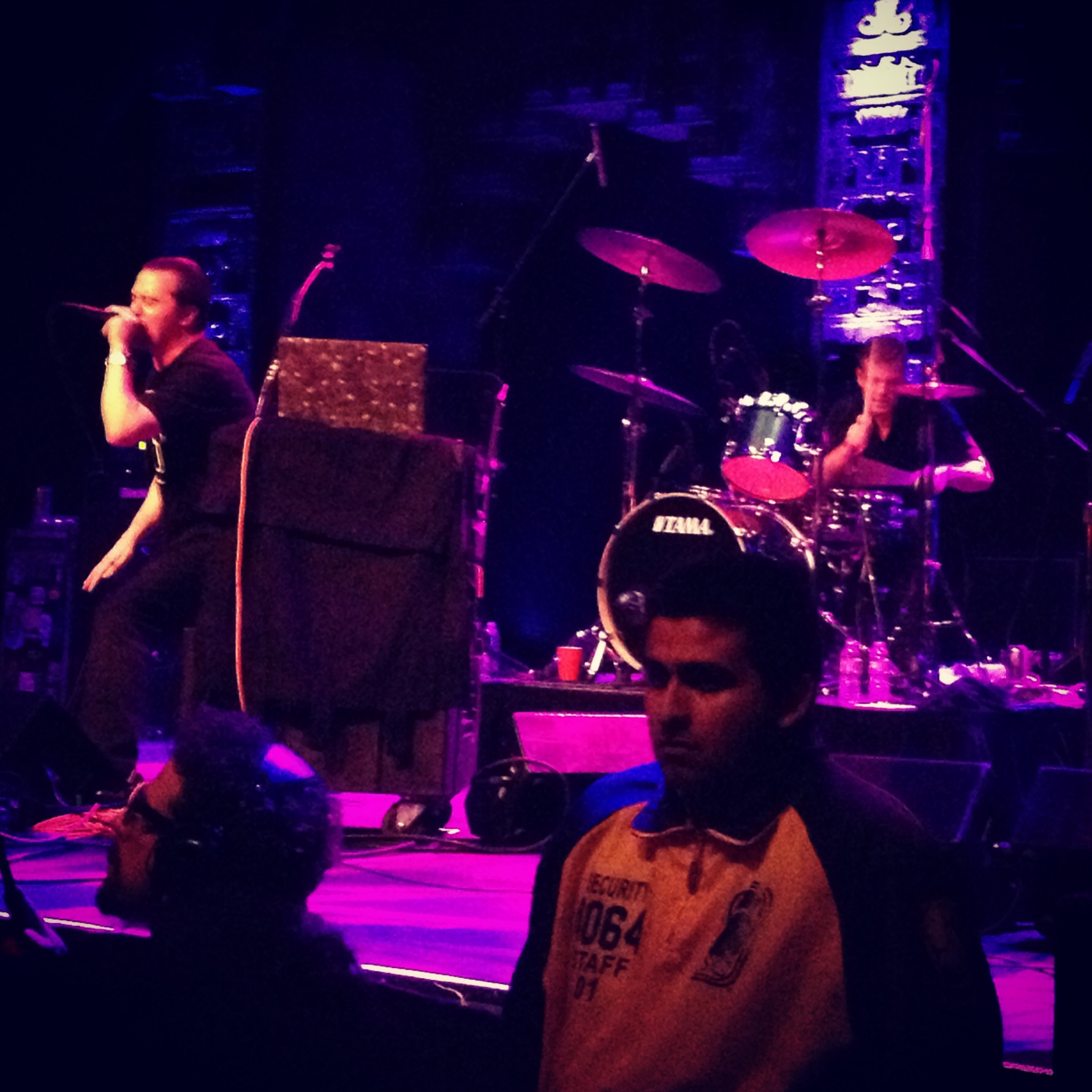 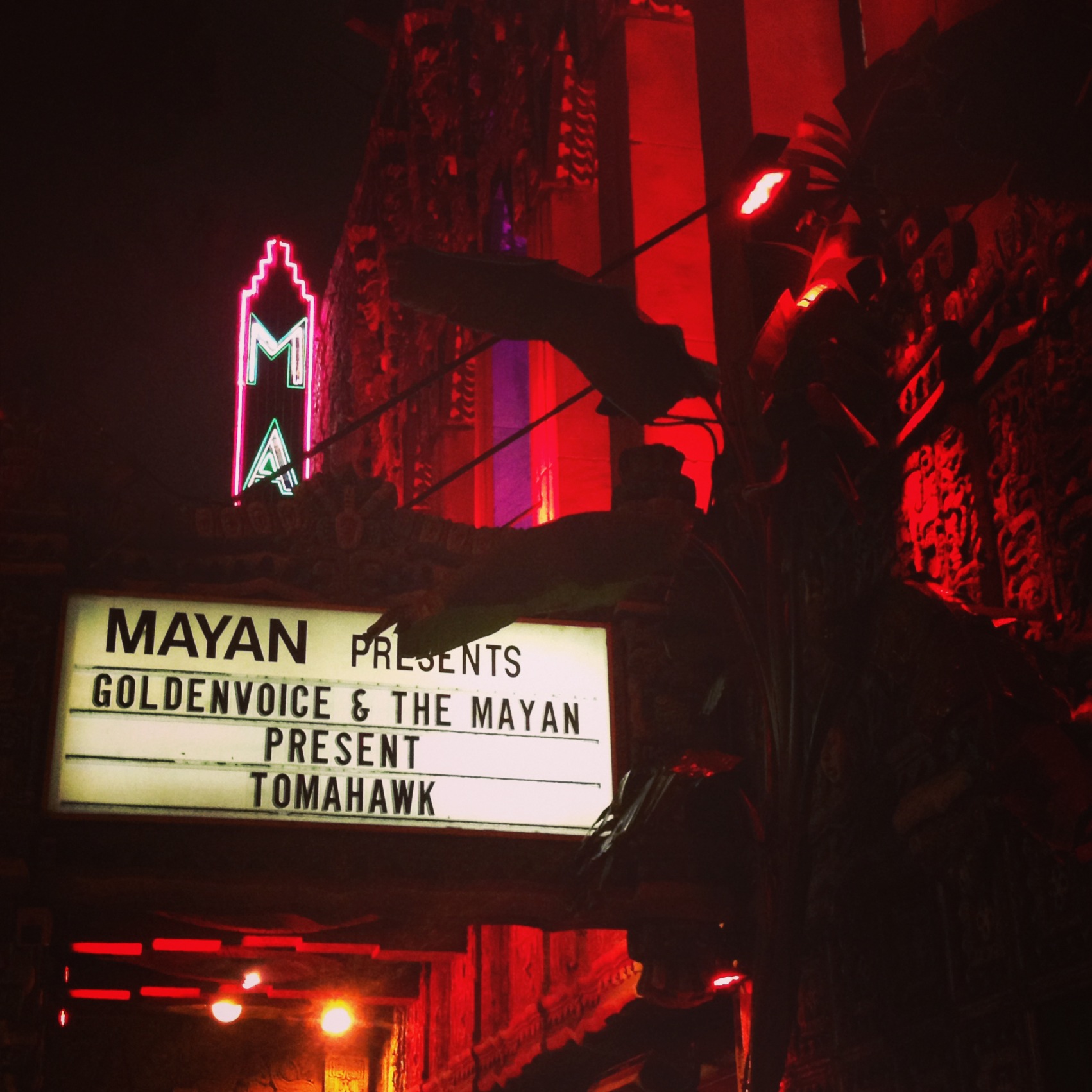 I’m so over the cold.

Downtown LA is the perfect backdrop for a cold, rainy night. Shivering, I walked up to the Mayan theater, and I was quickly reminded of the coolness of its tribal motif.

As I made my way to the front, I surveyed the crowd. This was definitely the metal scene elites; an older, more sensibly dressed, and mostly mild mannered bunch. 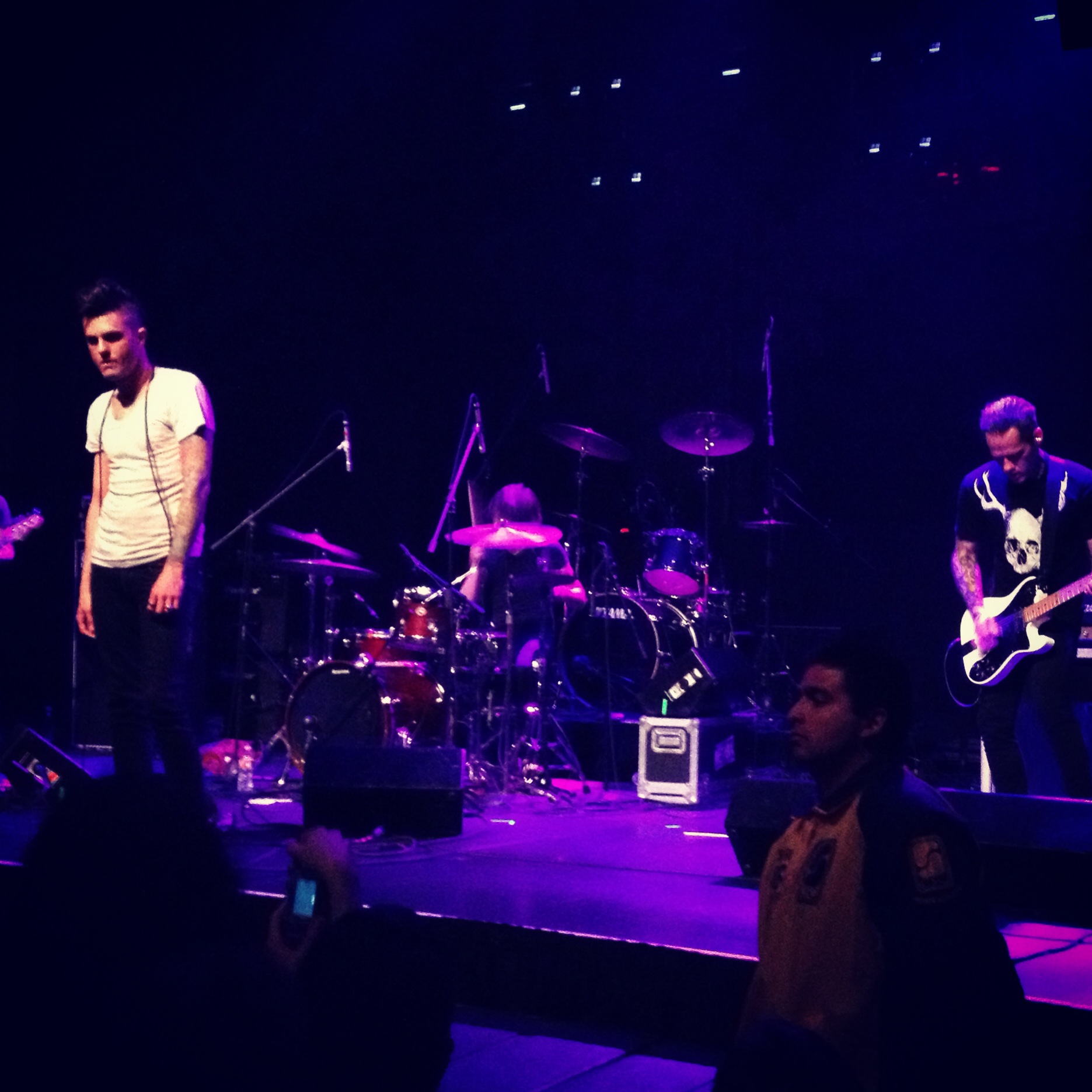 When opener Retox began, I was reminded why I need to get back into the habit of going to shows early to catch openers. The force with which their first notes were delivered teased out comparisons to Dillinger Escape Plan, one of my faves. Throughout their set, they would, at times, keep reminding me of DEP. However, their well-curated look and the stillness of the bassist and guitarist were in stark contradiction. The thing I love most about seeing DEP live is that you know shit is happening that wasn’t planned; it is out of pure, instantaneous madness. But with this band, things felt a little too calculated. The Cure cover was unexpected (and appreciated). They really captured my attention, and I’ll be listening.

For a good 20 minutes or so we were rallied by the Tomahawk Chop song on repeat. I noticed several Patton-ites around me, with short slicked back hair. Cute. As soon as the lights dimmed, the Tomahawk Chop made it’s final swing, and the band took the stage, with the audience in rapt attention as Patton addressed the crowd. “Here’s a new one for ya” he said with a sly smile, as he stood behind his laptop post and started playing the Tomahawk Chop Song again. We all laughed.

I wrote extensively about how I was never a big Faith No More fan, and am not a member of the Cult of Patton. And I wouldn’t say I’m in love with Tomahawk’s music. That said, I really enjoyed this show. The musicianship alone is worth the price of admission; I forgot how much I love watching John Stanier drum – the last time was ages ago when I saw Battles.

Watching Patton stationed behind the laptop like a DJ brought a strange dynamic to an already unusual show; Tomahawk, as all of Patton’s projects are, is avant garde metal. It sounds unlike anything else; there is no formula, except add four talented musicians and see what happens. In the rare moments that Patton emerged from his DJ booth, he lunged at the crowd with his trademark ferocity that has driven fans wild for years. I was reminded that he’s my favorite rapper. 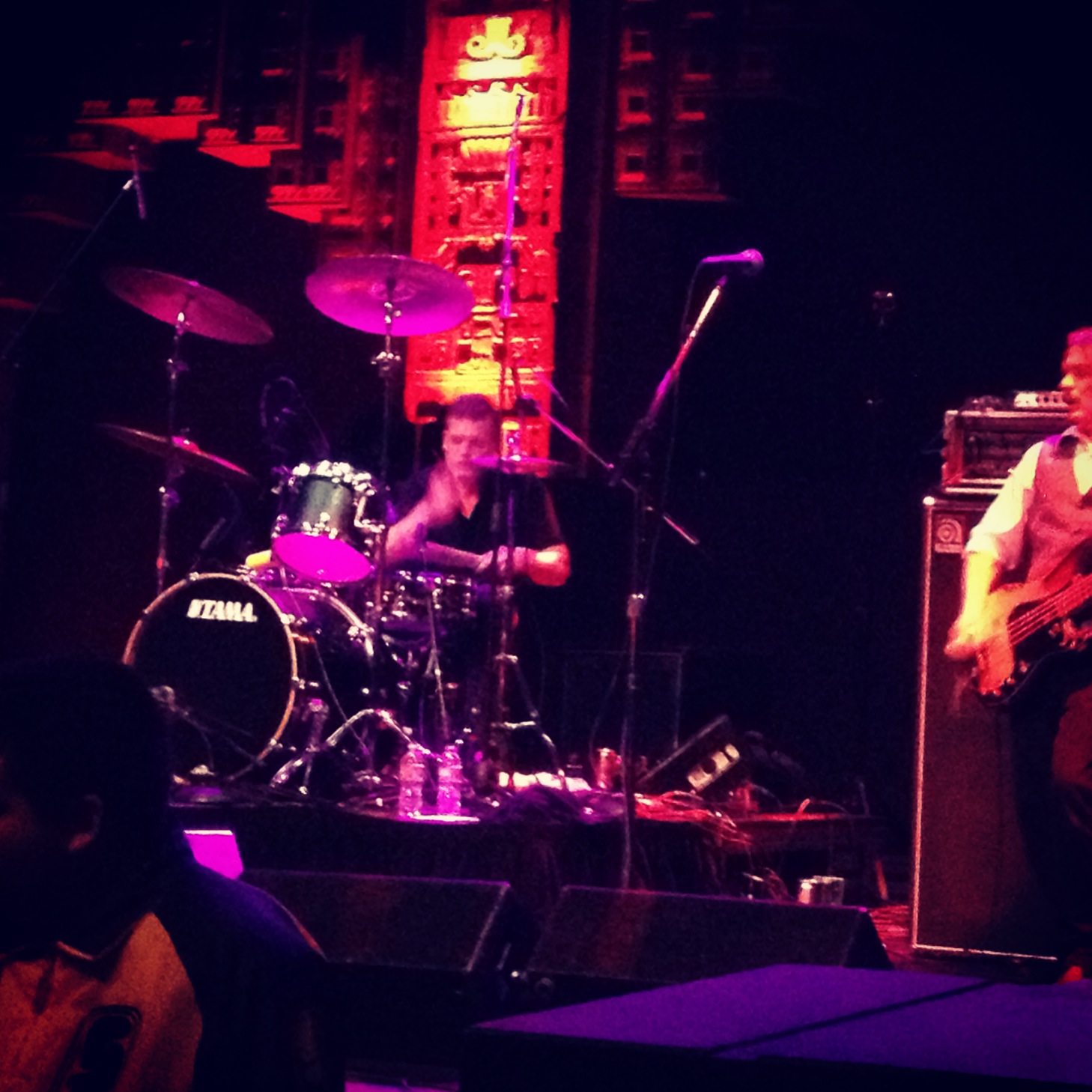 Into the encore, the show wrapped up with an awesome cover of George Jones’ “Just One More”, which made this Texan’s little heart pitter patter.

Through the years of writing this, I’ve come to understand the three distinct buckets of fanship: loving the band, understanding the band is good and appreciating that, but not necessarily subscribing to the music, and hating it all. Perhaps the cerebralness of Patton’s brand of metal is edging from bucket 2 to 1 with age for me.

Author HardRockChick 0
Most of the metal community let out a collective hurray- or threw horns, or whatever- when this tour was announced. I knew immediately that...
Read More
My Musical Adventures