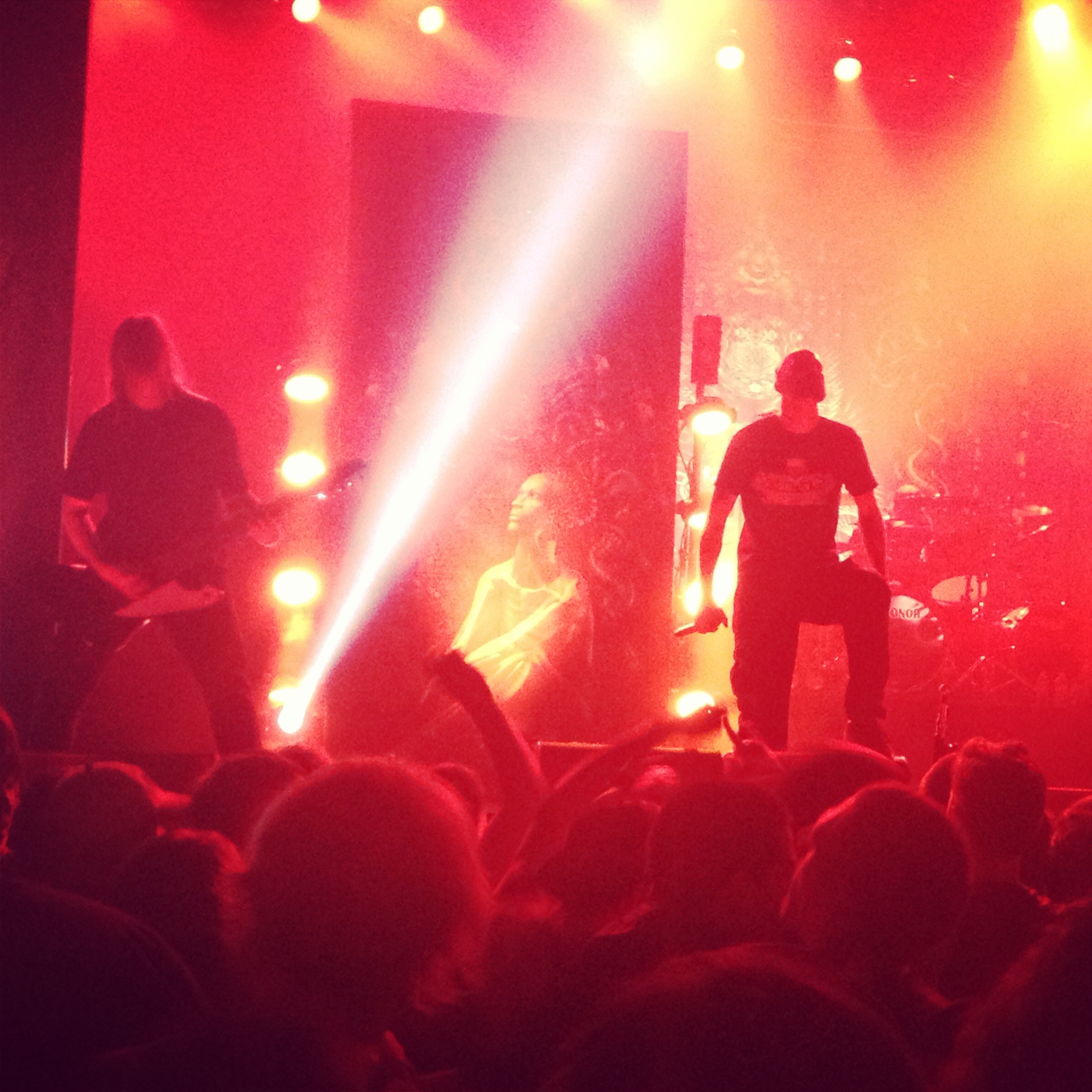 “Strive, strive, surmount the obstacles
Become the essence of your goals
Hereditary dream
Pray that you may attain that destiny
Fall into the coveted line
Where life is but a theme
Of pretense in lustrous guise”
~”Do Not Look Down”, Meshuggah

Spring had teased its presence that day, and the air inside The Wiltern was warm as a result of it. Or perhaps it was the result of built up anticipation over the nearing presence of one of metal’s most exciting bands. I’ve had conversations about Meshuggah with the most unexpected people over the years; the band has drawn in fans from the periphery of the metal genre, simply- or perhaps not simply at all- because of their insane level of musicianship.

As was the case with last year’s Meshuggah tour, this year would feature strong openers that would keep attendees interested for the entire time. As locals Intronaut emerged, and the stage was revealed in all its tiered, mystical banners and green-hued laser-lit glory, we were transported to an island of sound that would be intense, meandering, enlightening, and even frightening for the next four hours. 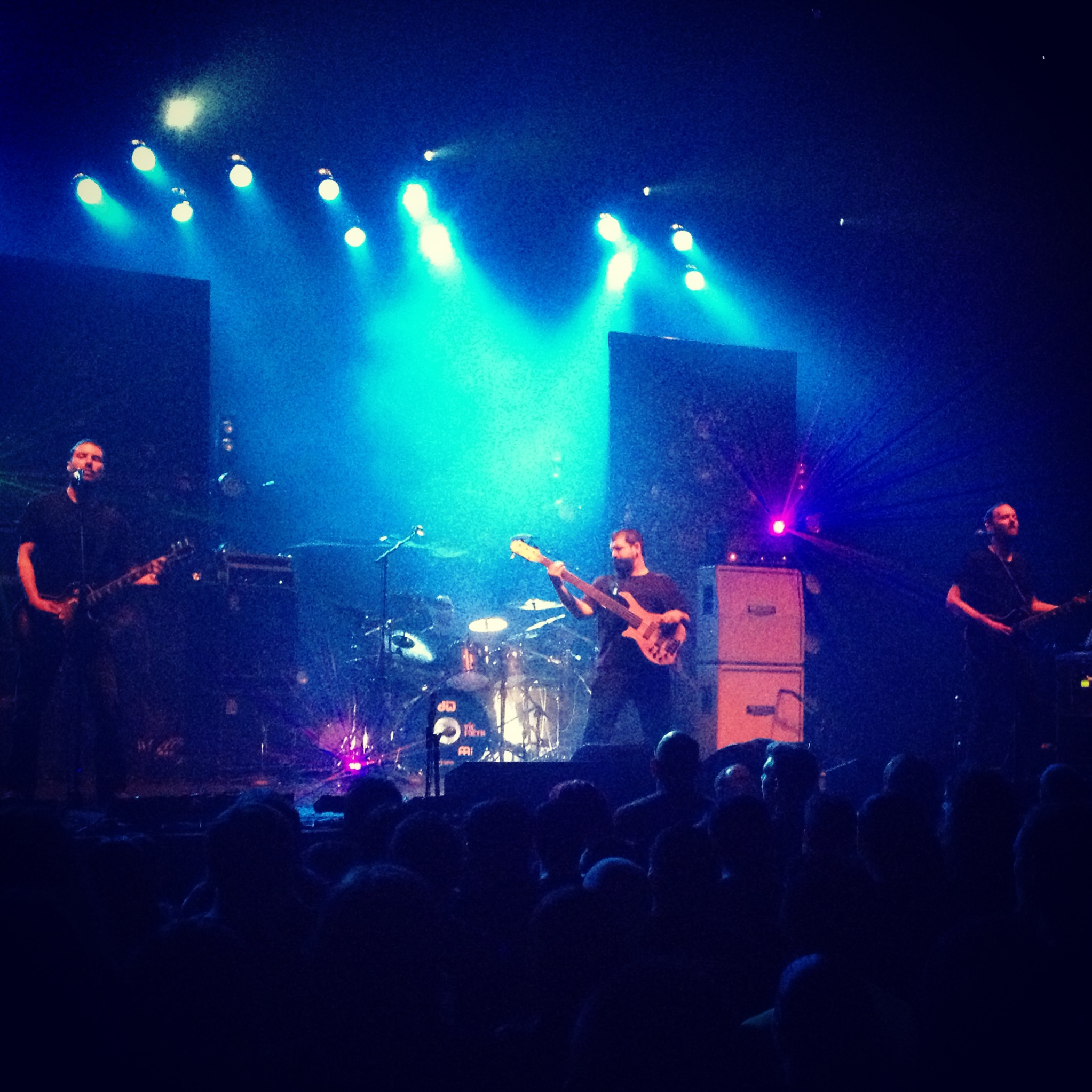 On the brink of releasing their new album Habitual Levitations, Intronaut’s thick, complex sound filled the room like smoke from a fine cigar. Between the rhythmic powerhouse that is Danny Walker, the jazz-funk beats of Joe Lester, and the dual riffage and gruff vocals of Dave Timnick and Sacha Dunable, Intronaut have proven to be one of the more interesting metal bands to follow in recent years. I’ve come to learn that progressive metal bands are always harder for me to get into, but once I get there, the nature of their music tends to hold my attention longer. Intronaut’s sophisticated sound, both the written music and the way they sound live, is something I’ve really grown to appreciate. The last time I saw them, at SXSW last year, they even managed to sound good on a terrible sound system. The highlight for me was “The Literal Black Cloud”. 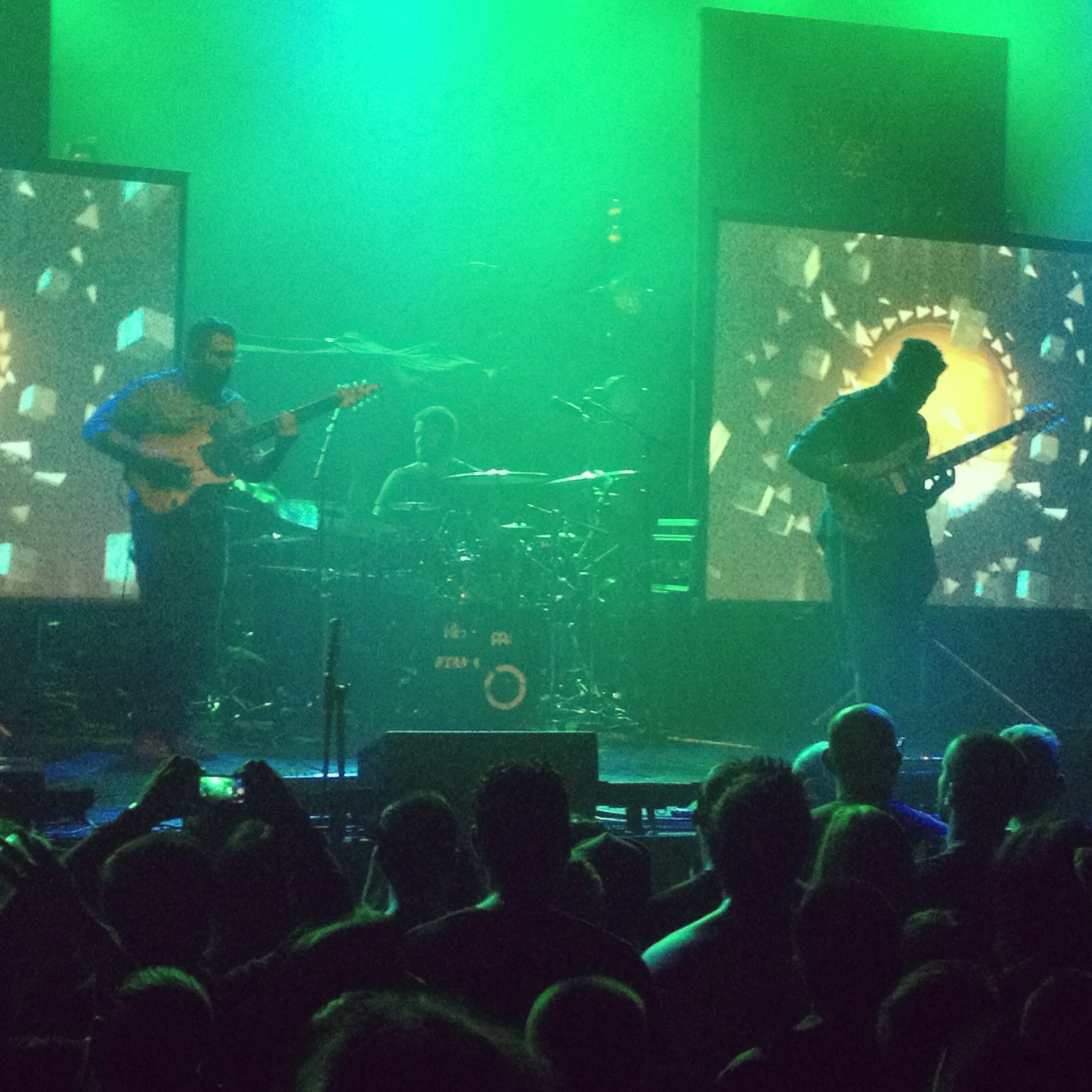 Seeing Animals As Leaders play is often like stepping into a science fiction film. The speed of the notes mixed with the trippy visuals and guitarist Tosin Abasi’s fashion-forward post-apocalyptic attire gives a real futuristic vibe. The last time I saw them play, they had just undergone a lineup change…so this set sounded much tighter. Standing on the first tier, I noticed three guys in the pit below me each wearing a different colored spandex bodysuit. As they bounced around the pit like lost characters from a children’s show, I was reminded of the diversity of this audience. Seeing AAL play is like watching classical music to me; there are no vocals, and sometimes there are so many notes my brain can’t keep up.

At the beginning of the tour, Meshuggah centerpiece Jens Kidman was stricken with the flu and had to miss a series of shows. The band decided to play without him, turning the set into an instrumental one, at times bringing out a cardboard cutout of Kidman with recorded vocals from a past show, and with Intronaut’s Dunable providing vocals on a song as well. Kidman’s voice was still noticeably strained when he spoke normally, but I feel very fortunate we got to see the show as it was meant to be experienced.

One of my favorite things about seeing Meshuggah live is the way the show begins (not the between set music- which included the Ghostbuster’s Theme Song and Technotronic this time around). As they took their posts, they intently stared down the crowd as if measuring up a kill. Launching into “Swarm”, this began an hour and a half of a visual and auditory assault.

The setlist would definitely lean towards their progressive side, a reflection of their choice of openers, featuring those song titles that, if you didn’t know better, you’d think were those near sentence-long names of emo bands that play Warped Tour. But I know better. What I was immediately reminded of is how relentless Meshuggah are live; in the rare moments the music lets up, you are still processing being choked by the complexities that came before it to even notice.

Standing on that first tier, eye level with Kidman, added an element of fear to the set. His rigid stance, eyes often rolling back in his head as he growls…there were times when he was standing right in front of me and I flinched like he was yelling directly at me. But the thing about being in that first tier that I will always remember is the crowdsurfers. This is actually the third time I’ve witnessed this at The Wiltern- other times were NIN and Dillinger Escape Plan- but this time they just kept it up, and, unfortunately, security couldn’t keep up. I saw two fall all the way from the top of the crowd to the floor below without being caught before the one unlucky soul hit his head the wrong way. This meant that the last quarter of the set was spent thinking this guy might be paralyzed. Medics didn’t move him for a very long time…and when they did it didn’t even seem like he had gained consciousness yet. I’ve seen all kinds of concert injuries in my day, but in light of my recent fainting spell/head injury/emergency room visit, I could not stop thinking about how I’m really surprised that my injury didn’t occur at a show. 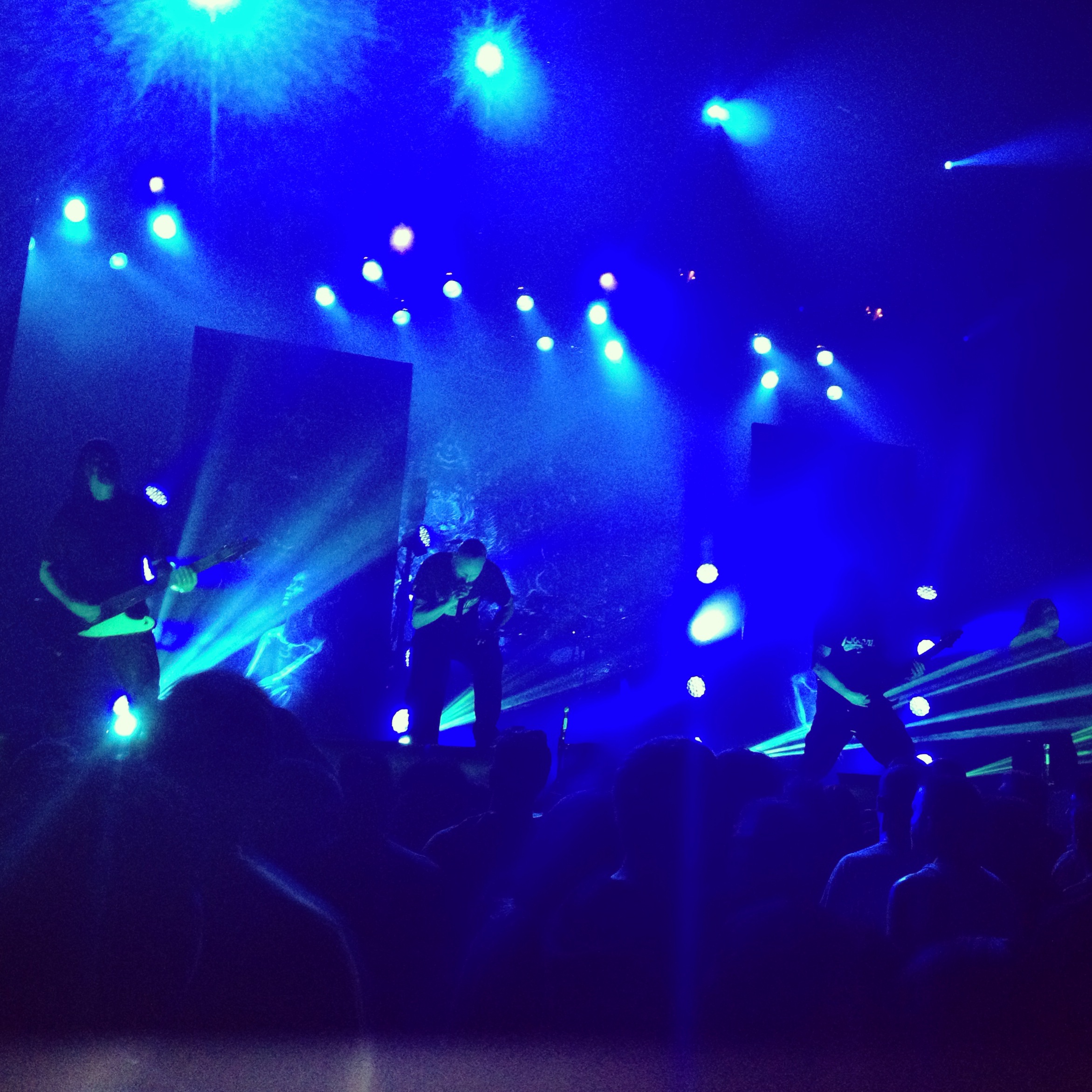 The strobe lights were really intense for their set, and with the unpredictable nature of their music even for someone like me who listens to them regularly, there were times during the set where I felt dizzy. But my focal point has always been drummer Tomas Haake. His impossible skill has wowed me from day 1.

As the set wrapped up, and the head injury crowdsurfer was hauled away, I noticed that a group of people in the pit had formed a large circle and were heads down headbanging in unison. It was a warm and fuzzy moment within four hours of cold, isolating, complex sound and angry energy.

“To what length would you go to reach your goals?
What mantra will you use to justify your means?
Who will you betray to secure your dream?
What sins will you commit to avoid your sins be seen?

Author HardRockChick 0
I rolled out of the apartment at 10:30p…that should be enough time to catch half of the middle act and headliner of a 3...
Read More
My Musical Adventures

Author HardRockChick 1
I debated about whether or not I wanted to go to this show up until the last minute. It’s not the kind of music...
Read More