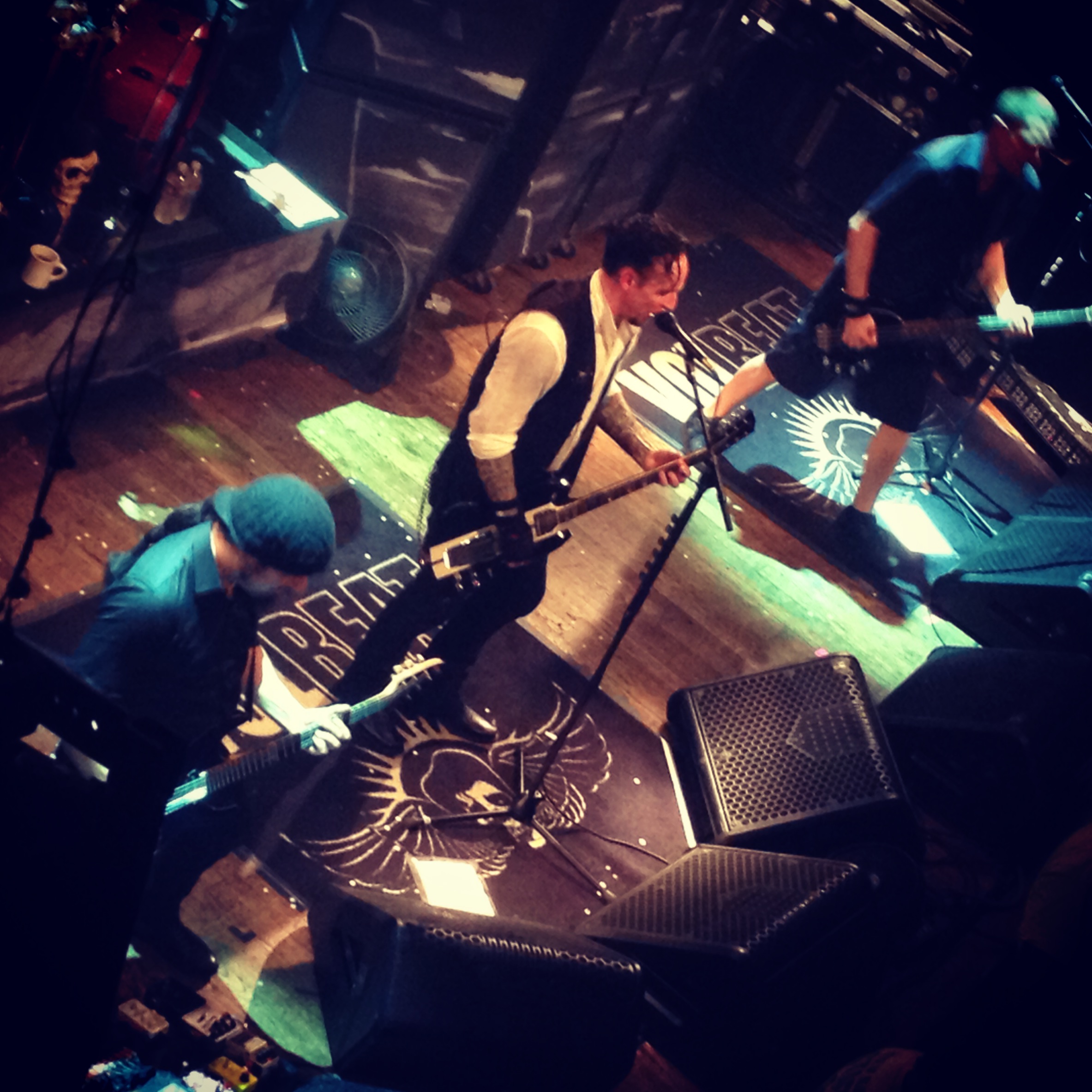 I was sitting on my couch feeling a sad, lonely Friday night coming on when I got a text to come to the House of Blues. Having spent part of the week in New York, I had completely forgotten that Volbeat were playing down the street.

The place was packed and it seemed that everyone was having a well-lubricated night out as I found a sightline moments before Volbeat took the stage. The last time I had seen them was ages ago, opening for Metallica several times. I wasn’t terribly impressed. But I know a lot of hardcore fans that kept telling me to give them another chance, and knowing how bands grow and my tastes change, I was looking forward to seeing them play a headlining set.

Their interesting fusion of metal and rockabilly resonated with me this time around. I think part of what played into it was having smiled and strolled into VIP and being at a perch above the crowd, watching them all go crazy. Adding to this was the addition of now former Anthrax guitarist Rob Caggiano, who’s playing gave the band an extra spark. And then actually being able to decipher a few words of singer Michael Poulsen, compared to none in previous times, made much difference.

Not being terribly versed in Volbeat’s catalog, the cover songs teased throughout the night pleased both for their variety and unexpectedness. From Johnny Cash’s “Walk the Line” to Slayer’s “Raining Blood”, and eventually playing all of Misfits’ “Angelfuck” with opener Danko Jones, my ears perked with their imprint on these tracks.

After getting a couple of beer baths, I finished watching the set hovering over the stage watching the front row sing every word. Sometimes I think I love the fans of bands almost as much as the music. It’s one of the last genuine things left in this industry.