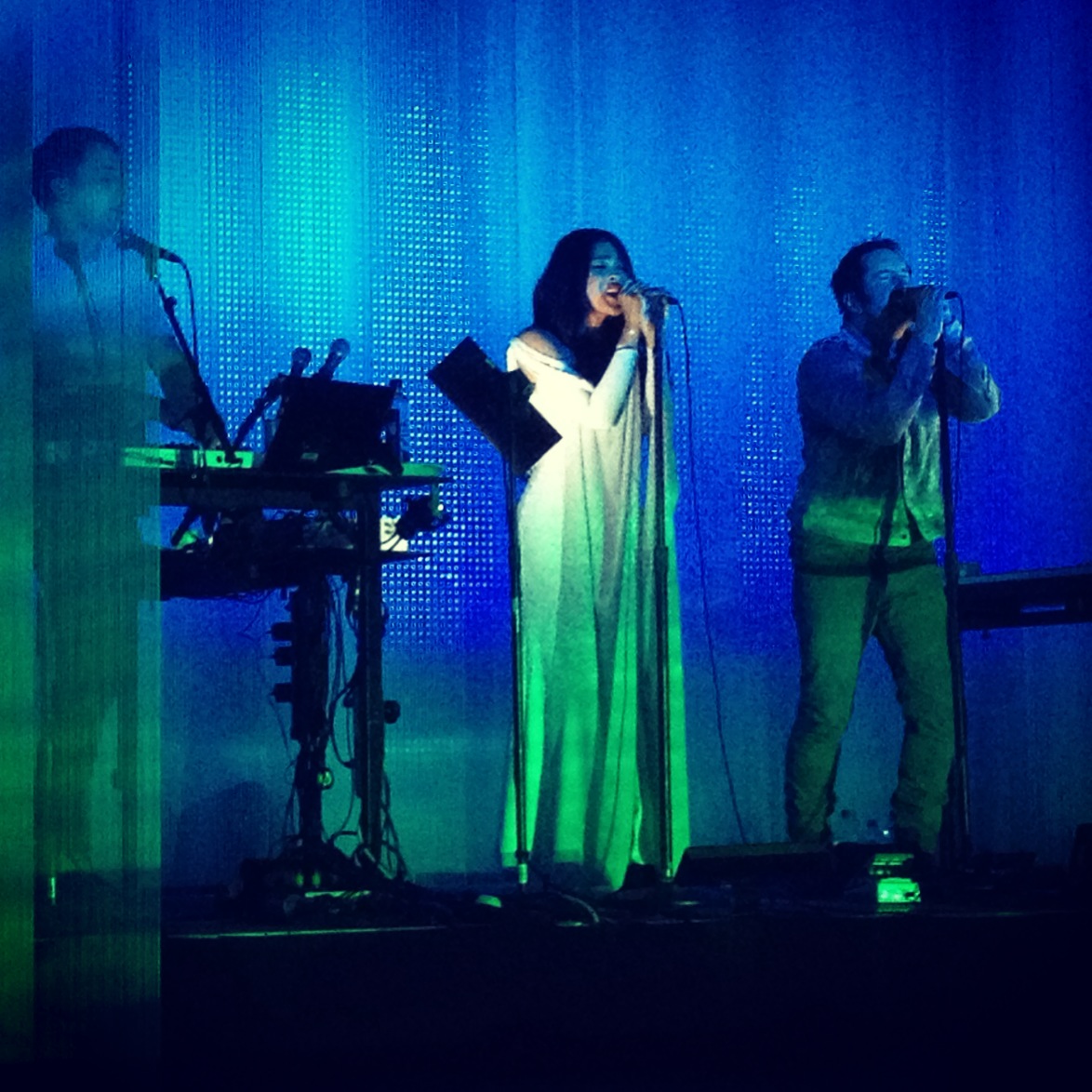 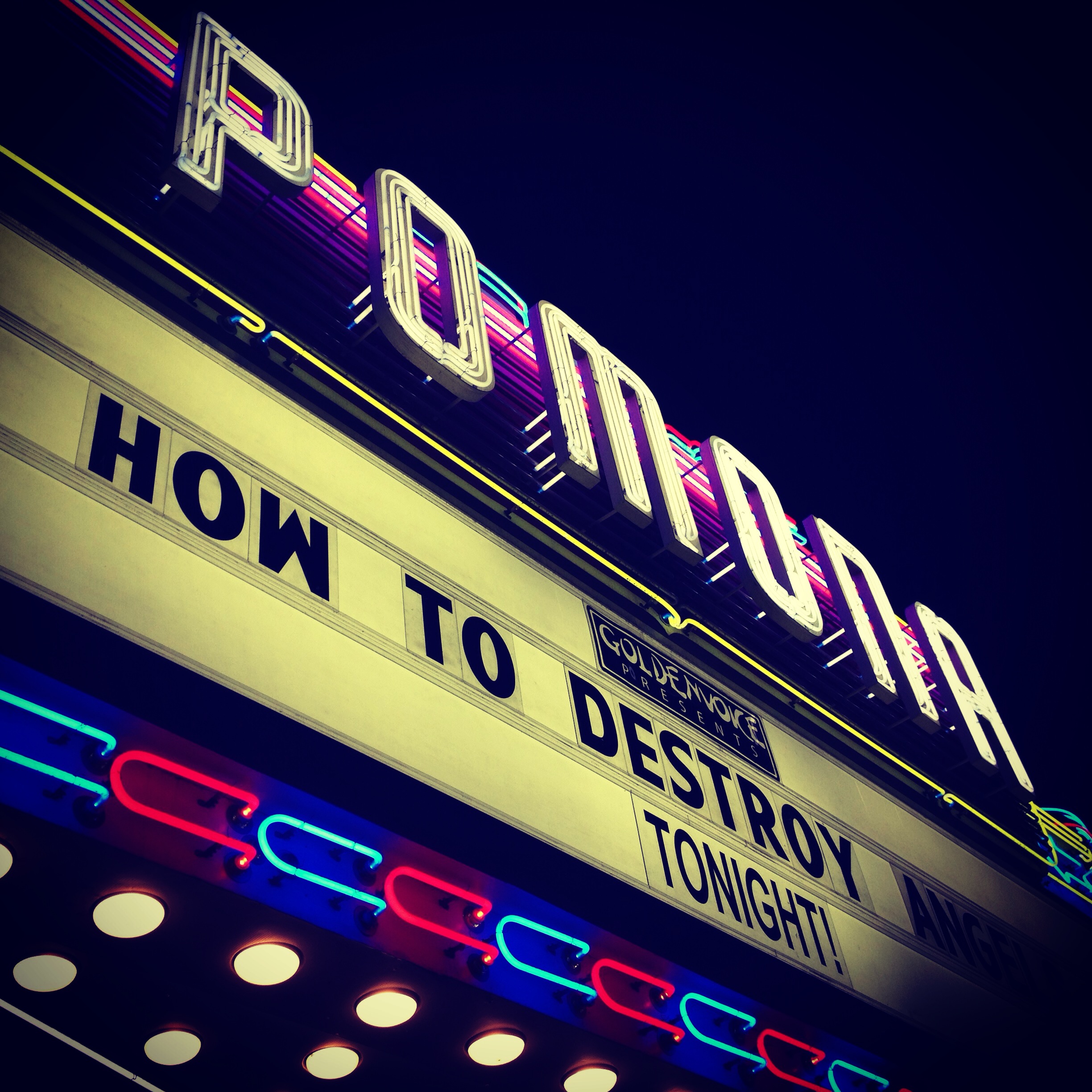 As I maneuvered traffic on the way to Pomona, my head was still abuzz with Black Sabbath riffs, and it didn’t hit me I was about to see my number one musical hero until I drove past The Fox and saw the line. I’m pretty sure this is the latest I’ve ever arrived to something involving Trent Reznor.

I’m not the biggest How To Destroy Angels fan- I’m a NIN fan that encounters an issue deep in my synapses where a song starts to sound like NIN and then a voice that is not Reznor’s starts singing and my brain goes “DOES NOT COMPUTE”. But I don’t dislike it, either, and above anything, I know that pretty much everything Reznor touches turns to gold, and that the production for this project would be in line with the amazing, technologically advanced things I’ve seen at NIN shows in the past. 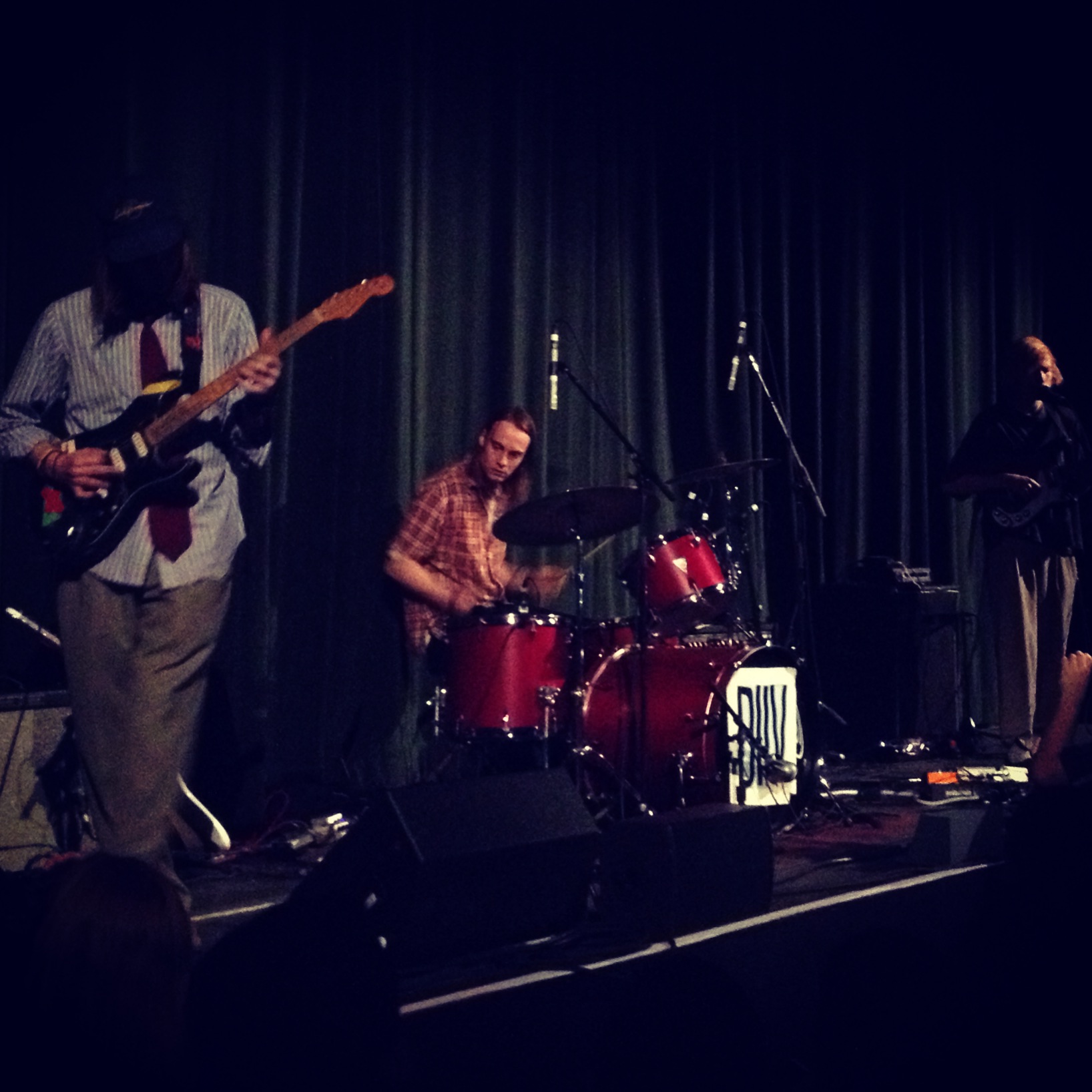 DIIV opened up the show, looking like children who’s parents introduced them to Nirvana and do some serious shopping at Goodwill. At first I was lost….and then their final three songs really got me. Their dreamy, shoegaziness transitioned into something darker and slightly more dangerous. Even they said they were readying us into the next set. They kept repeating their name and that they were from New York, seriously working the platform they were given in front of what seemed to be a sold out crowd. 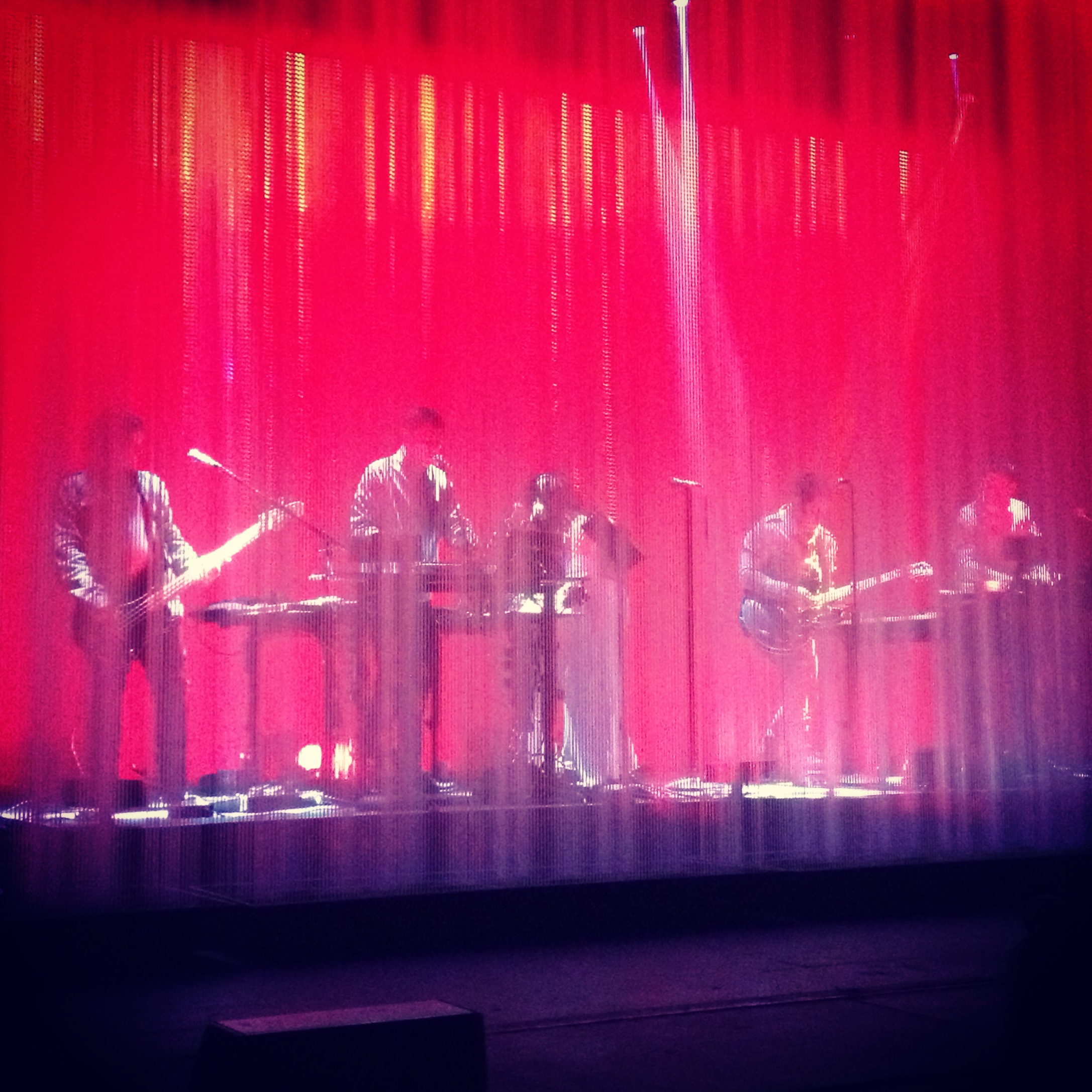 It’s going to be tough to describe what this set was like…but I will try. First of all, as the curtain raised for How To Destroy Angels, a switch flicked inside of me that took me right back to all of my memories following NIN around from 2005-2009. The feeling of being at that final show, and how much my life has changed since then. The part that NIN’s music has played in my life since I was a kid. All it took was being near to the profile of Trent Reznor with that guitar in hand. 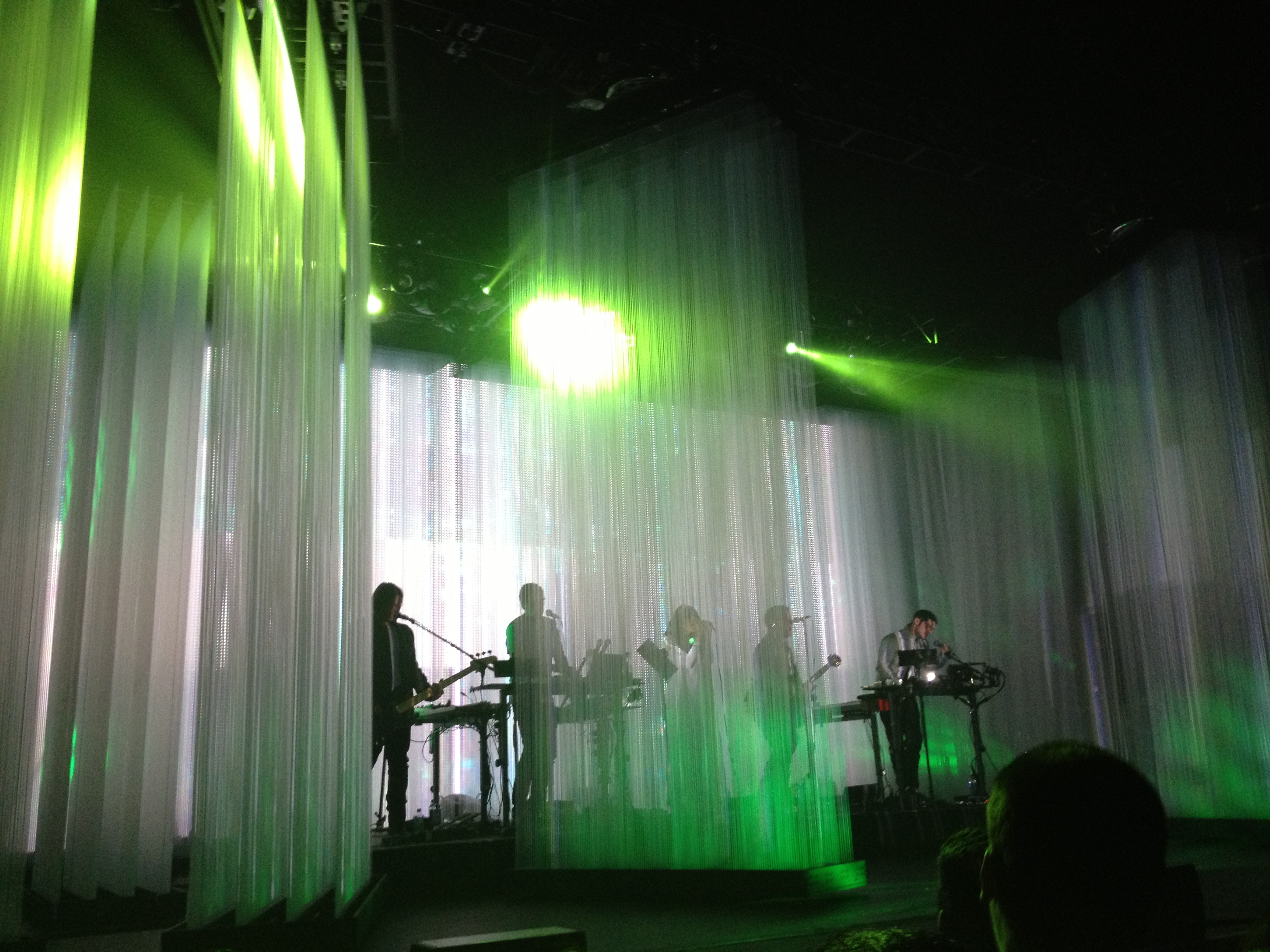 On the left, Alessandro Cortini on bass, then Atticus Ross on the doo dads, then Mariqueen Reznor on more doo dads, Trent Reznor on guitar, and Rob Sheridan in some sort of live visuals station. But they were distorted behind these layers of “glass” panels that were being lit up in all kinds of ways. My first thought was, “this is like Daft Punk NIN!”. The strobes were blinding me. And then the panels started to turn….and you could hear the crowd go “oooohhhh….ahhhhh….” It was insane!

I was curious how this would sound live. As expected, it felt great live, the bass and beat heavy tracks vibrating my body. But no one was dancing. Mariqueen’s voice and live presence impressed me, and I was very hesitant going into this. She’s obviously been coached well by the school of Reznor. “Ice Age”, the song that most reveals her voice, sounded shockingly great, and paired with the fact that she moved to the front of the stage for it in a rare moment of revealment gave the song a certain drama. But my favorite HTDA track, “The Space In Between”, was remixed and then vocally destroyed. Seeing Trent focused on playing guitar was different, and I realized how I never really think of him as a guitarist. All in all, for the first show from a new band, it went very, very well. 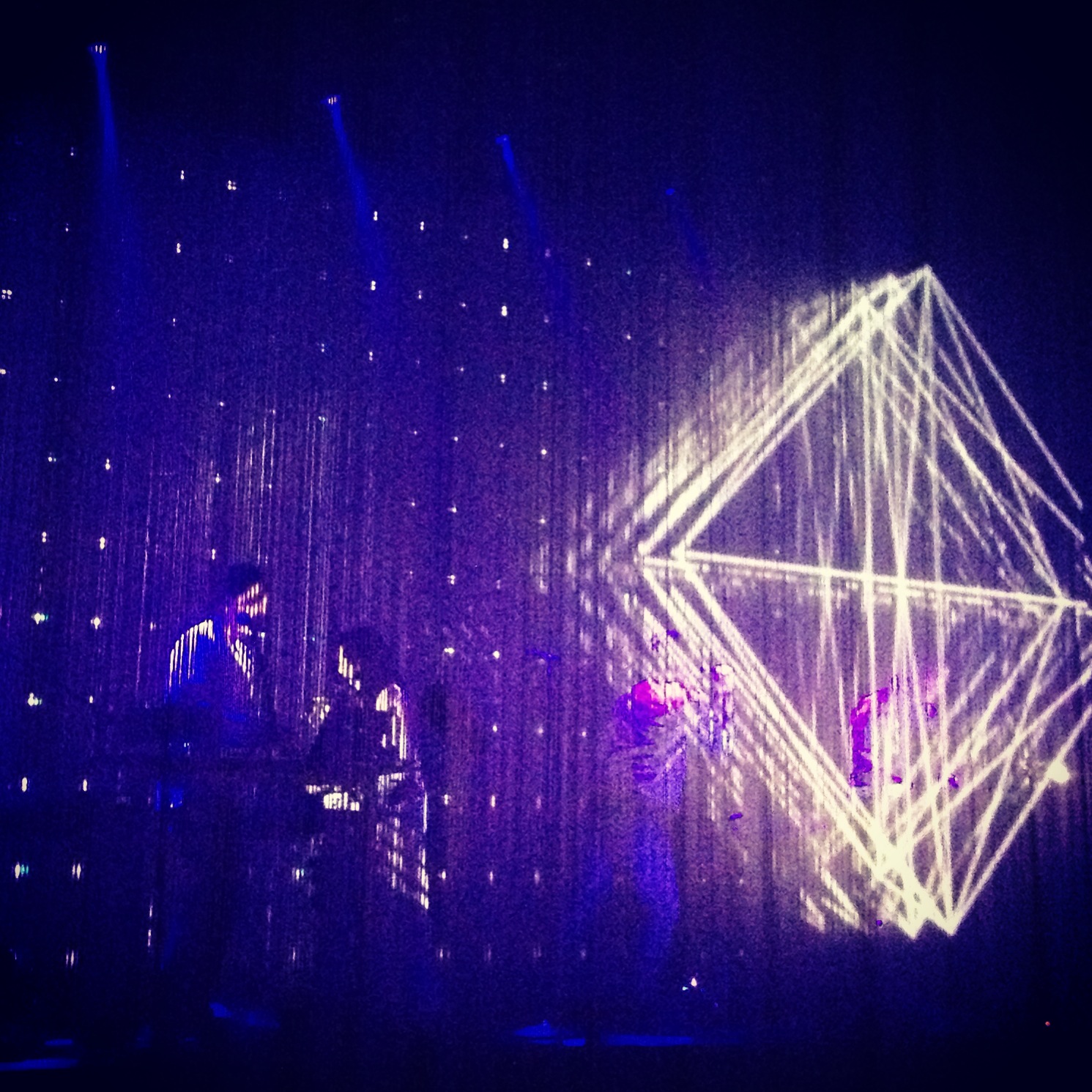 More things were happening on stage that were blowing my mind as they played through seemingly every song they have. At one point I thought of Videodrome, at another, Tron. Whatever it was, it seemed almost not real, like I was on a ride at a theme park. Things would twist and turn that would almost disorient me. I wanted to touch the panels. There were moments when, paired with the placement of the band members, I remembered exactly moments from the Lights In The Sky tour- the raining lights in particular. But, that never gets old.

The band left and came back for an encore. Mariqueen thanked the crowd. A funny NIN insider moment: whenever she would pick up the tambourine, I would flinch. IT GLOWED IN THE DARK! I never got the much sought-after tambourine thrown at NIN shows. And in the encore, Trent picked it up, and I think I audibly screeched. 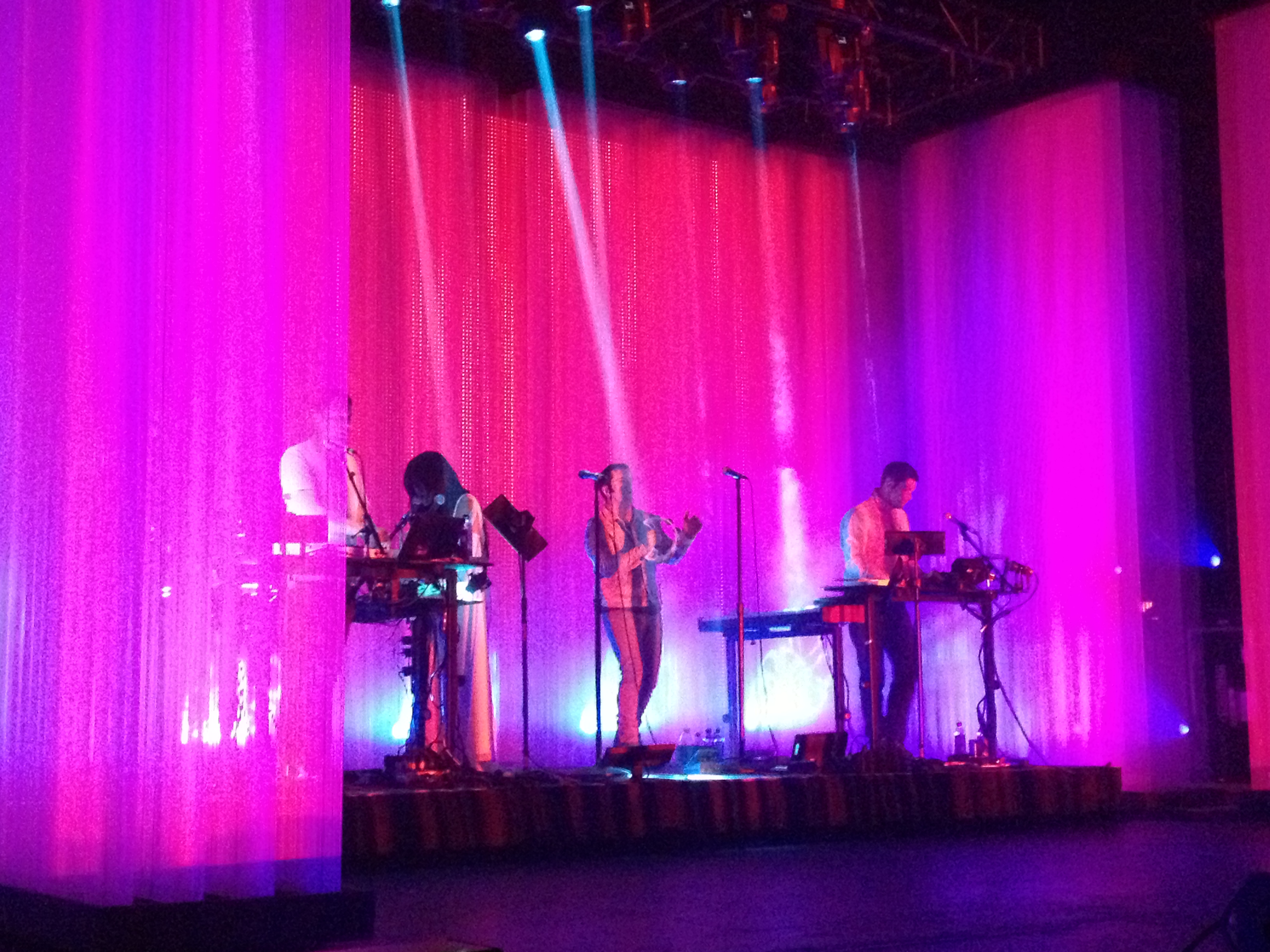 As the final notes played, the crowd seemed zombiefied. To reiterate what someone around me was saying, there are a handful of live shows that really impress, really go above and beyond: The Wall, Rammstein, and Reznor’s projects. I feel very fortunate I was there to witness it’s debut.

Author HardRockChick 0
It was the kind of day where the music addict in me took over, tried to do multiple crazy things, and failed to get...
Read More

Author HardRockChick 0
It was one of those nights that happens about once a month where I wanted to clone myself and attend multiple shows: Cannibal Corpse...
Read More
My Musical Adventures