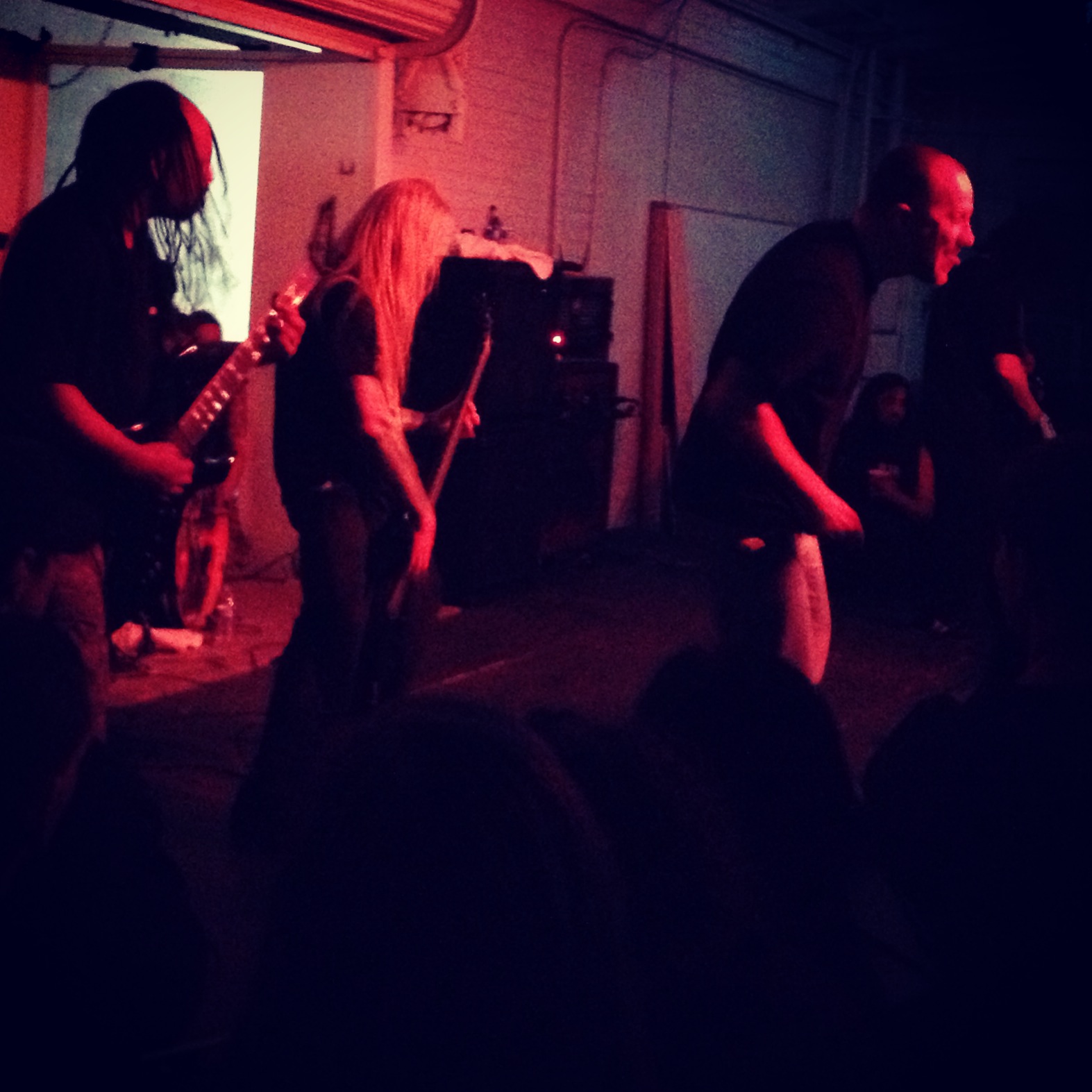 “The thought of killing entered my mind some time ago
What possesses an individual to kill
I have often pondered the thought
Time and time again, now it’s clear to me.” 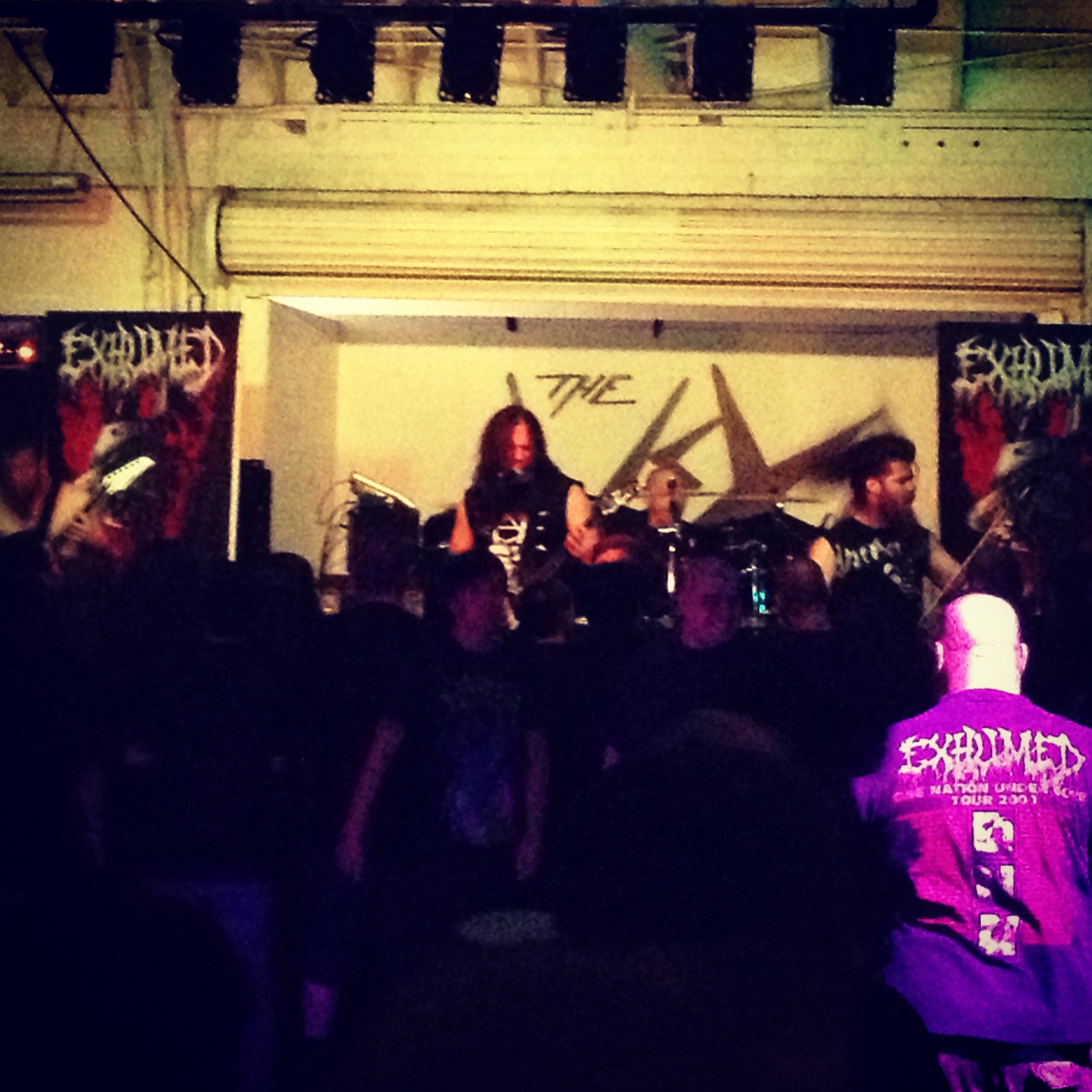 One of the many things I love about living in LA is that if I feel homesick, jaded by the glitter and glam of Hollywood, I can drive 30 minutes east and I’m essentially in the mid-west. My second time to The Vex, and it already feels like that home that I kinda sorta love and kinda sorta hate.

We were there super early for an interview, so once that was done (insider comment- the Suffocation tour bus is one of the best smelling tour buses I’ve ever been on!), we broke the no in’s & out’s rule and went to get some food at a place that makes a ridiculously large burrito that was on Man v. Food (insider comment- I did not eat that).

Once back, Exhumed were on stage. I feel like I’ve seen them about 10 times this year, so I hung back and sort of watched on as the chainsaw dude did his rounds and such.

The last time I saw Suffocation was a last minute Scion show in Hollywood. The way that the speakers are placed a bit back from the stage overhead makes the already mediocre sound in this warehouse worse if you want to stand close to the stage, so I watched from a bit further back. This allowed fantastic people observation. Some people actually look like they are being suffocated while watching Suffocation.

After a false start due to a blown out monitor, the show began. I watched on, taking in each band members’ unique and almost caricature-like stage moves. Songs took turns either billowing out the warehouse, lost on me, or wrapping themselves around me and forcing me to move along to their heavy, grinding rhythms.

Between pretty much every song, vocalist Frank Mullen, who I had interviewed earlier, spoke out. And about 75% of what he said was exactly what we had just discussed in our interview! The crowd listened on and seemed to really be digesting his words. His hoarse voice slowly warmed up, but I have to say that every time I’ve spoken with a 40-something year old death metal vocalist, I am saddened by the state of their voice. Permanently hoarse, they’ve literally given up their vocal chords to make their music.

As the set wrapped up, the band left the stage after “Infecting the Crypts”, only to have the crowd yelling so much for another song- even jumping on stage to rally everyone- Frank came back out and coerced the other musicians- who seemed to already have booked it for the tour bus- to come play one more. “Mass Obliteration” ended the night, and shortly after midnight I returned to the bright lights of the big city. 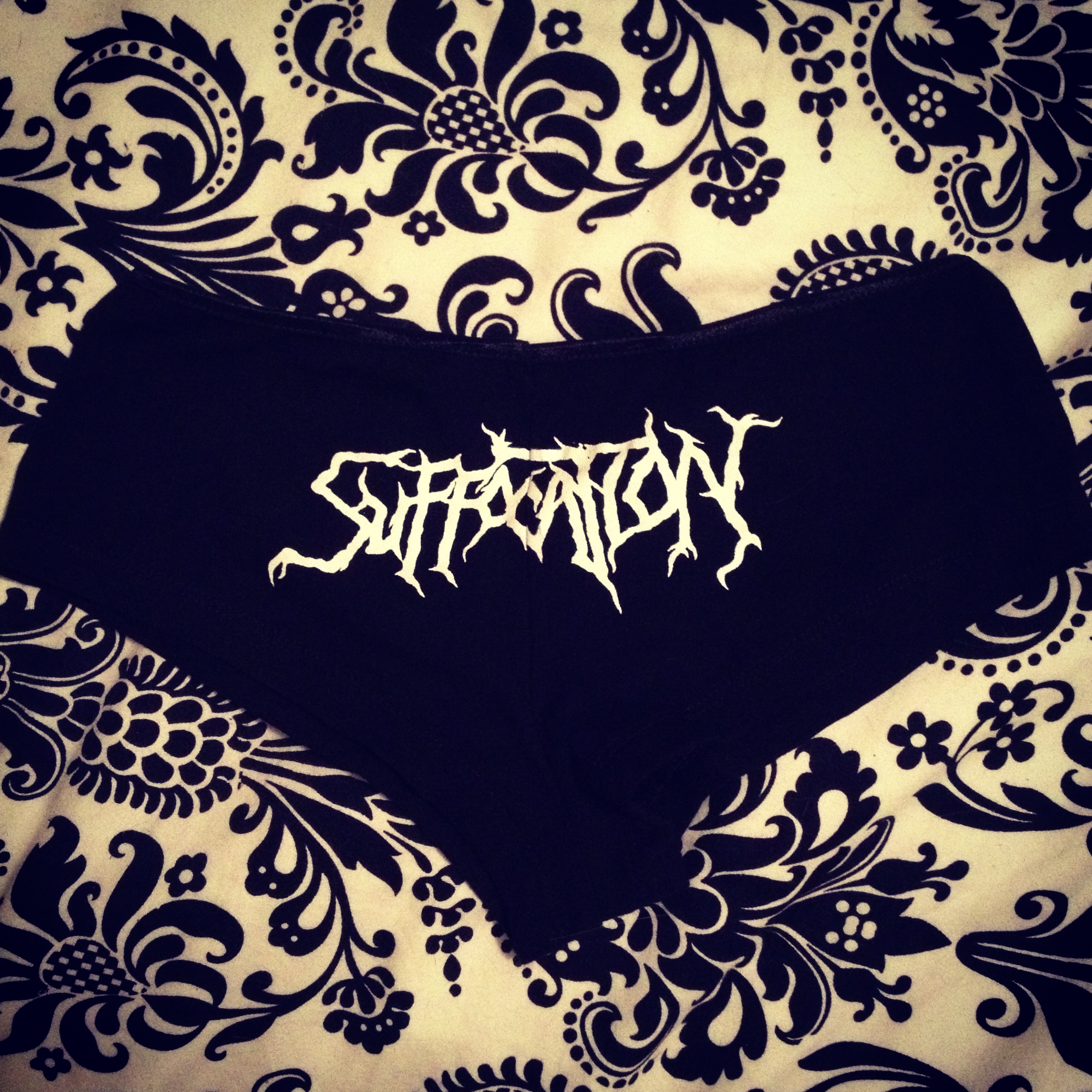