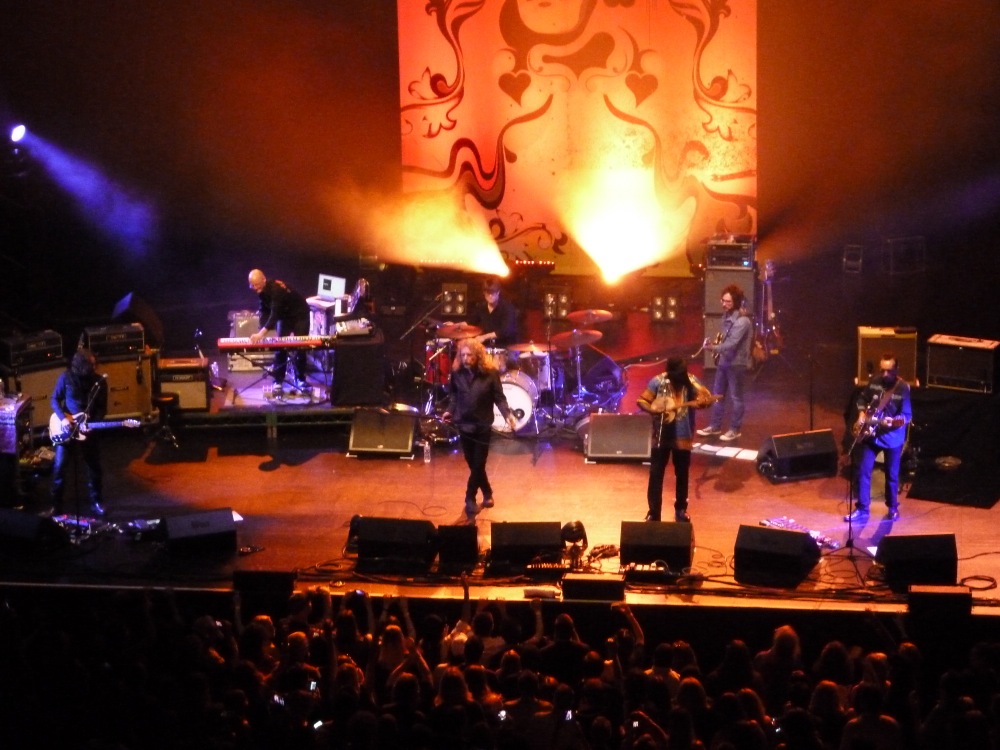 I’ve spent my life seeing pieces of the bands that I love.

I also spent my entire life, up until recently, trying to convince myself that I don’t live in the most dismal age for rock ‘n’ roll. There has to be something redeeming about it. Perhaps those that lived in the rebellious sixties, the feverish seventies, the radical eighties, and even the grimy early nineties, didn’t think they were cool at the time. That has to be it. There’s something that I can’t see here without perspective, something grand about it all, that I’m a part of, that I’m experiencing for what it’s worth.

Sure, I have hilarious stories of when rock stars discovered twitter as a means of, err, communication…but do you think that’s rock ‘n’ roll? Nope. I would give up all my blogs, tweets, instagrams, and youtubes for a few years of raucous, dangerous, messy, sex-fueled rock ‘n’ roll of yesteryear.

Outside of Nirvana, LZ are my holy grail of bands. They embody everything I love about rock ‘n’ roll. I’ve read pretty much every book…seen all the films…I’ve even gone to see tribute bands. Two of ’em. And liked it!

And, of course, I’ve seen Robert Plant. First with Alison Krause, and then with the Band of Joy.

But these were all stand-ins for the real thing. Yes, I can hear it the way it was meant to be heard, even now on vinyl since I’ve become “one of those people”. But I was born with this undying need to say “I was there”. And in 2013, I realized….I’m never going to be there.

I was putting off buying tickets to this show partly due to my wake up call, partly due to how great the last show was and not wanting to mess that up, when I realized that, deep in the midst of writing my book, a lot of the artists who are featured as chapters in it have oddly come back around recently. So I needed to get myself there. Next thing I know, I get a text from a friend that they GAVE AWAY tickets at the record store. So there you have it. 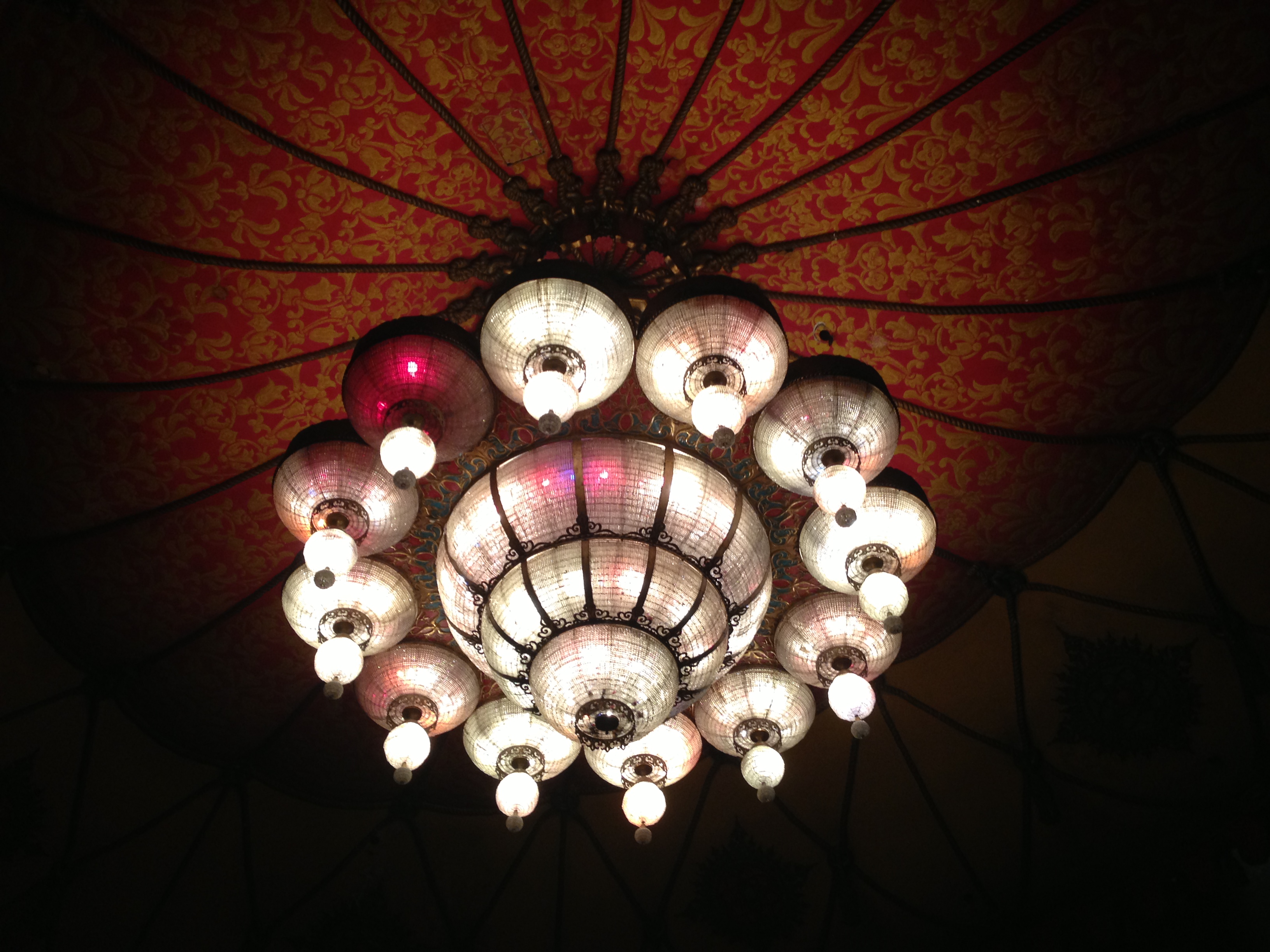 Once nestled in the balcony of the ornate Shrine Auditorium after a pitiful parking experience, I settled in to watch the psychedelic soulfulness of Grace Potter and The Nocturnals. The people-watching was prime, from the old to the young, many swathed in standard issue LZ tees and swaying in their ascent already. The intermission dragged, but the multi-hued art piece of Plant in his prime promised what was to come.

As The Golden God sauntered on stage, the acoustic guitar was lit up, and, as has happened with many songs I consider to be part of my being, I sensed it before it even began. Those wistful opening chords of “Babe I’m Gonna Leave You” was an excruciating beginning to the set. My soul retched; in that all-familiar knowing of the fact that no matter how much I love something, it will never love me back. Rock ‘n’ roll will never love me back. It will give me all the trappings and then leave me high and dry. But I continue to grasp at it, like a fool.

In the midst of a song like that, buried in the collective sigh of the audience, I was not there…I was down the street at the Whisky next to Miss Pamela in 1969.

But this is of no discredit to the company at hand. The Sensational Space Shifters are a team of accomplished musicians in their own right, including, surprisingly, a member of Massive Attack on keys. But while the Band of Joy had history intertwining LZ’s, for selfish reasons, watching this just upset me. Sure, watching the three surviving members of LZ would not be THE SAME…but it’s at least possible, yet continues to not happen as we all grow another year closer to the afterlife. And beyond that, I sat there watching the band work through their songs, covers of songs from artists that inspired LZ, and the sometimes oddly rearranged and re-imagined LZ songs, looking around at the crowd watching them just waiting for those special songs. Had I become that person? The one that is here not because they want to hear the former LZ member’s new creations, but rather to say they saw that special man once, even though it was not what it could have been. I was conflicted.

The stage of the Shrine is HUGE, and from my balcony edge perch, I gazed upon the musicians as they each worked their magic, including an African musician who fostered the somewhat jam band vibe the night took on. Plant’s attention would focus on those whose music moments had them shine, giving them a respectful bow.

“Someone told me before the show that 40 years ago, I was playing Long Beach with that other band.”

Fuck. I have read so much about those shows. And no amount of “Black Dog”, “Going to California”, “Friends”, “Bron-Y-Aur Stomp”, and “Whole Lotta Love’ could make me time travel there that night. The show wasn’t bad- it was perhaps even great- but my personal longing for something that I missed got in the way. And perhaps that is exactly the reason why I am persistently dissatisfied; I crave an unattainable experience. 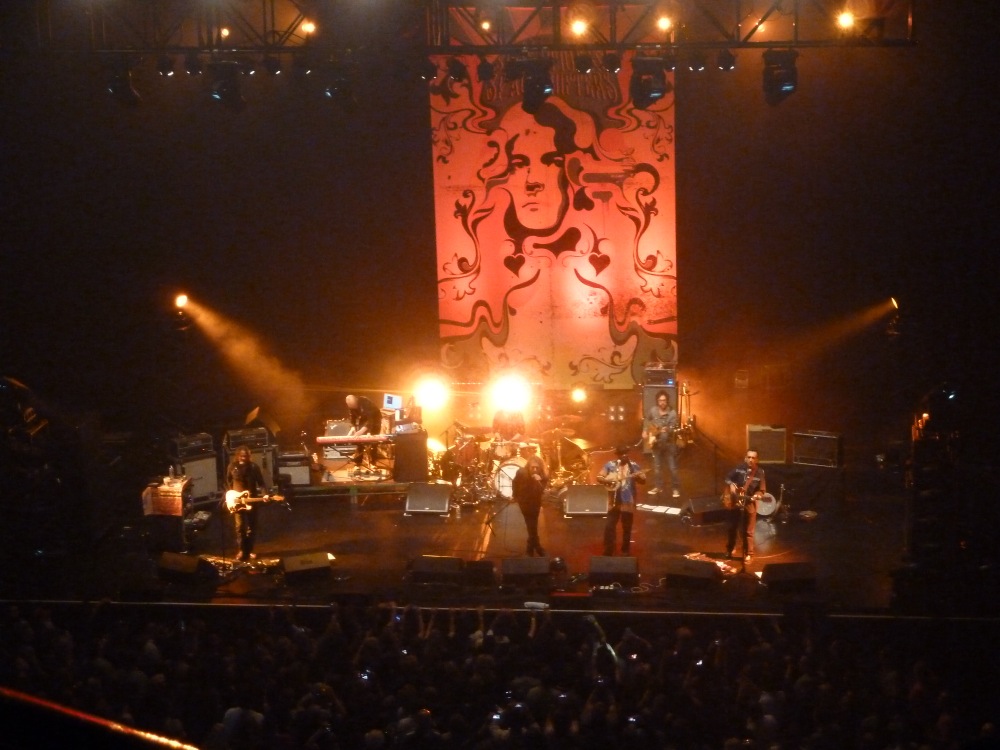 And as the ubiquitous, grooving sounds of “Rock ‘n’ Roll” filled the room, prompting a sing-along, the words of this song hit home more than normal.

If you believe in astrology, Pisces is the end of the wheel, the oldest soul. So perhaps I was at The Whisky with Miss P, or the Long Beach Arena, dancing with flowers in my hair. You know, if you believe that kind if thing…

In the meantime, I will continue to attempt to enjoy the sanitized, rule-laden world of the rock shows of my time.

Author HardRockChick 0
On Friday night, I was supposed to be in Oakland seeing Air, a French duo who makes electronic pop/rock music. Instead, I sat at...
Read More
My Musical Adventures

Author HardRockChick 1
I arrived early for my interview with Threat Signal, and enter an empty Slim’s. I’ve never been in this venue when it’s empty…it seems...
Read More
My Musical Adventures