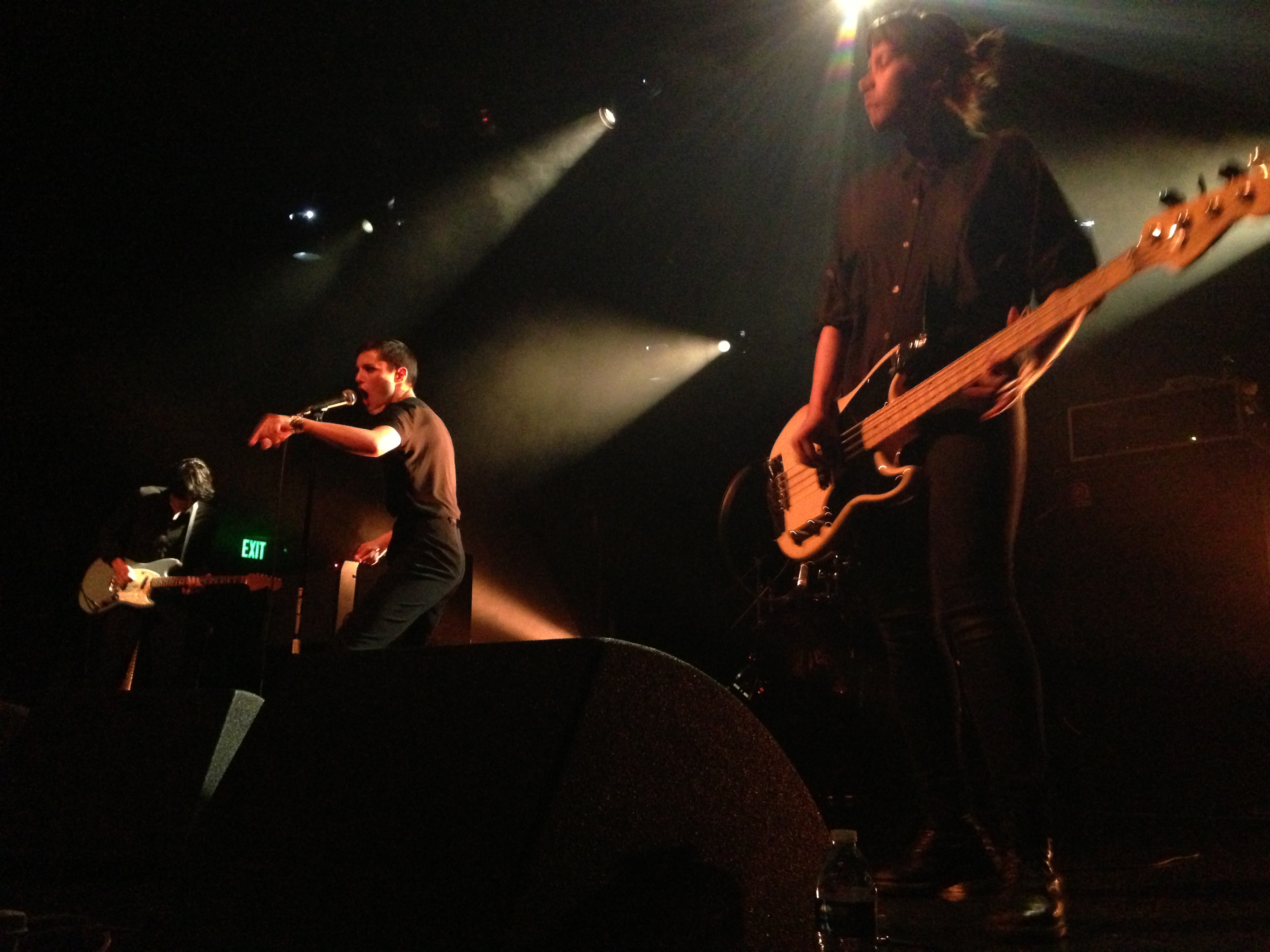 The venue is like a supporting cast member that makes or breaks a show for me, and when I walk into the sexily lit El Rey, my heart flutters. I love it here. 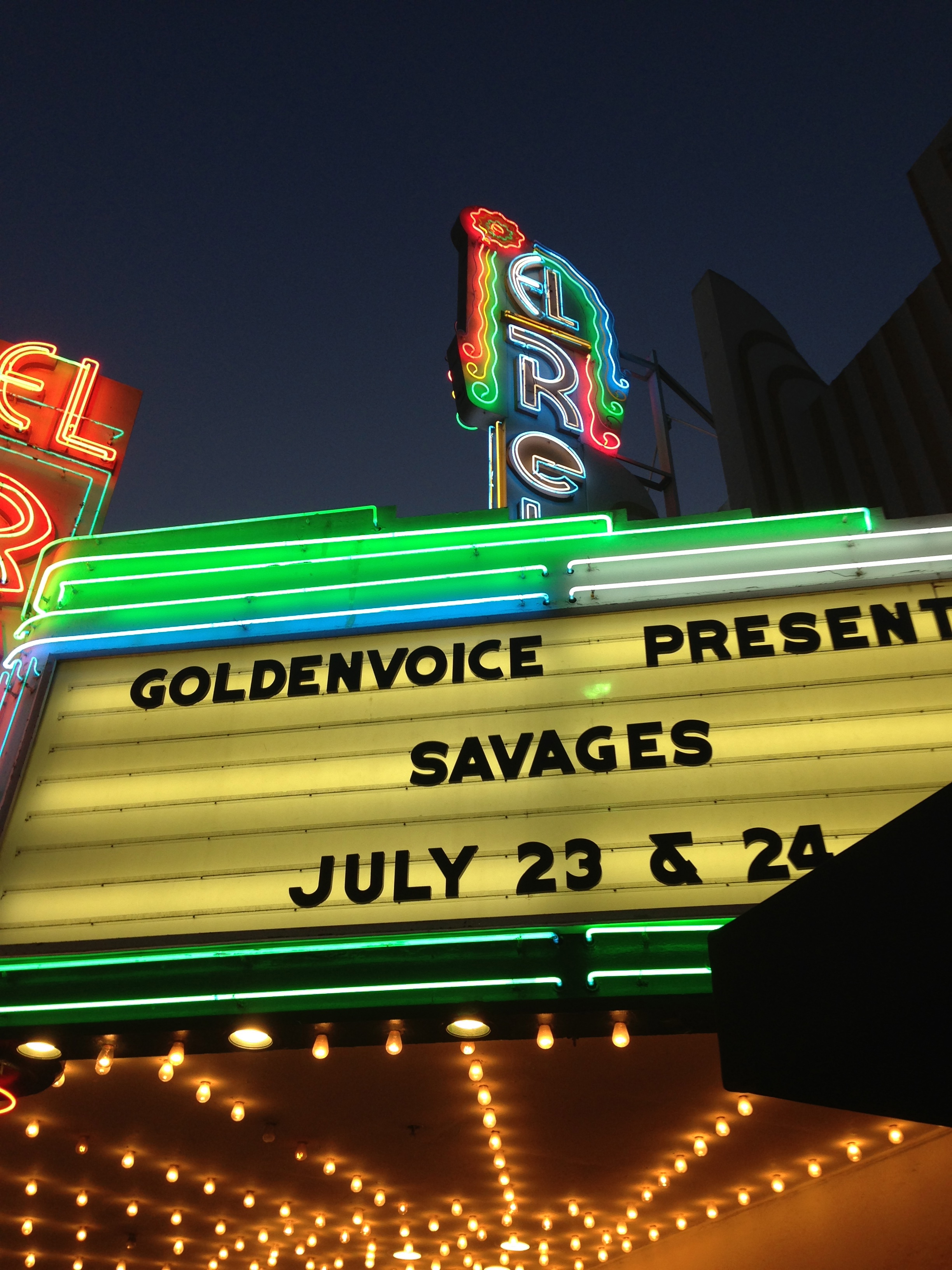 The slowly filling space reverberated with anticipation as the sold out crowd of tastemakers awaited this buzz band. But first, one man band Johnny Hostile. Immediately, the echoey vocals and harsh screeches laying over spacey, distortioned post-punk guitar sounds evoked thoughts of Suicide’s “Frankie Teardrop”. All this came from a lithe figure who looked like Ian Curtis meets The Lost Boys. It’s a bit difficult to get immersed in a set when a sizable bit of the sound is recorded, but, seemingly aware of this, two songs were brought more to life by Savages, first with the guitar accompaniment of Gemma Thompson and then by vocalist Jehnny Beth. Savages is the first band in a while that multiple people have told me I need to check out. Their intense live shows have ignited that spark that has caused viewers to spread the word. I could tell from the sneak peak I got from their guest appearances with the opener that they’ve got something different going on. 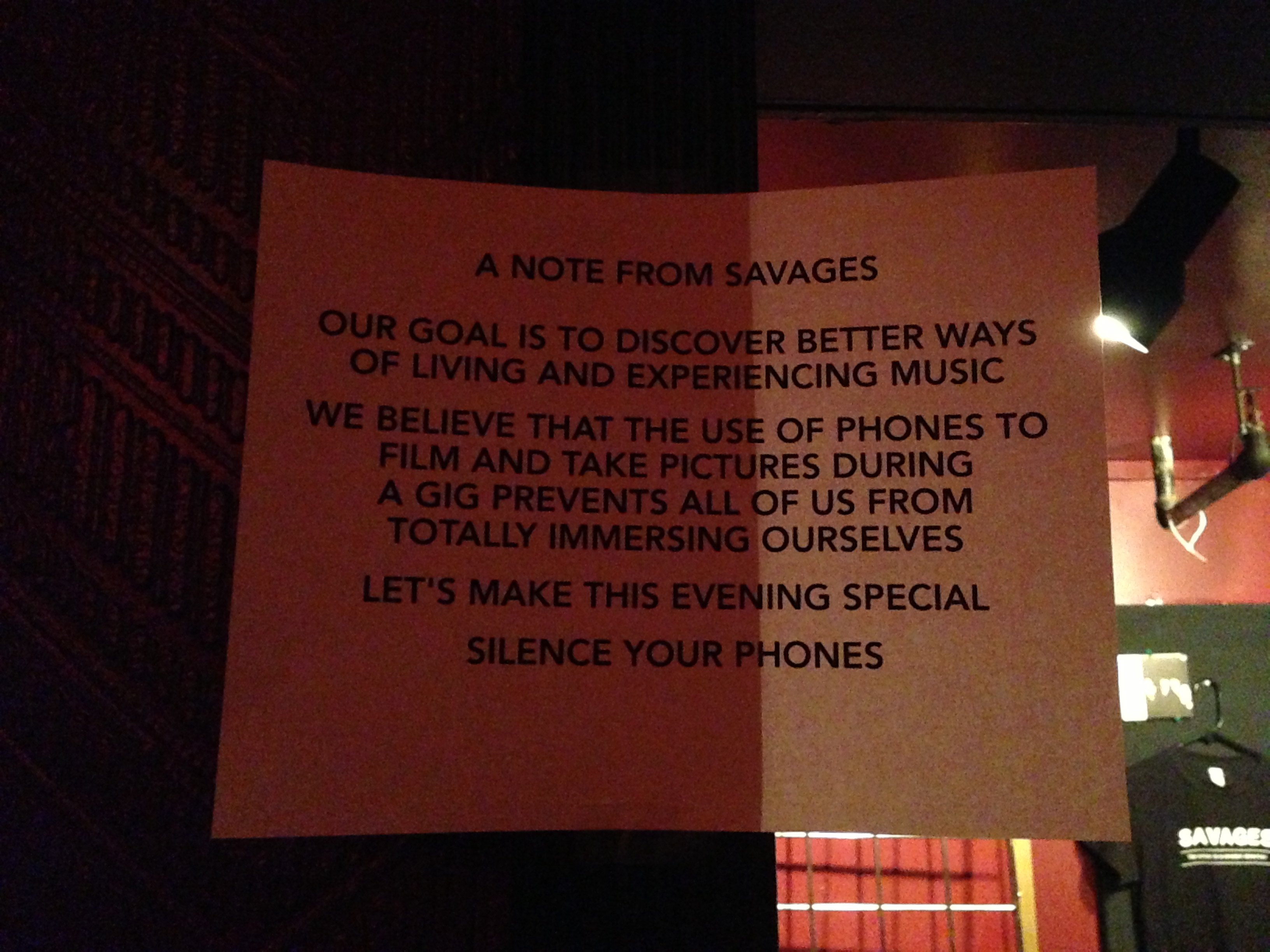 A lot of people have trouble with the term post-[insert genre here]; I’ve always kind of shallowly defined it as a sound derived from one main genre but that pulls in other genres. Post-punk is definitely a difficult one to wrap your head around; but that is what Savages are. This is the offspring of Siouxsie and Jim Reid, the younger sisters of Karen O and Jack White.

As expected based on their buzz, one song in I could promptly place them in that indescribable, undefinable x-factor category. Somewhere between the fact that they’re four girls channeling the past and future all at once, they’re pretty, they can play, they can woo the crowd….somewhere between all of that, they have that thing that is of nature and not nurture. I also felt, watching them howl and wail on stage, that they have a lot of potential, meaning that, some of their songs don’t really do it for me. Sometimes their sound meanders into a dead end, whereas, a band of similar DNA and timing, The Horrors, have songs that are more compelling as a whole. However, I was blown away to learn that this band has only existed for two years…

Both within their performance and the themes in their songs, there is a juxtaposition of restraint and release. It all seems to boil down to gender; Savages are fully aware of the stigmas of being a “girl band”. So they perform, all dressed in black, almost every inch of skin covered, little makeup…yet Beth wears pink kitten heels. They write a song called “Husbands”…with lyrics that indicate it is anything but a love song.

And then there’s “She Will”: 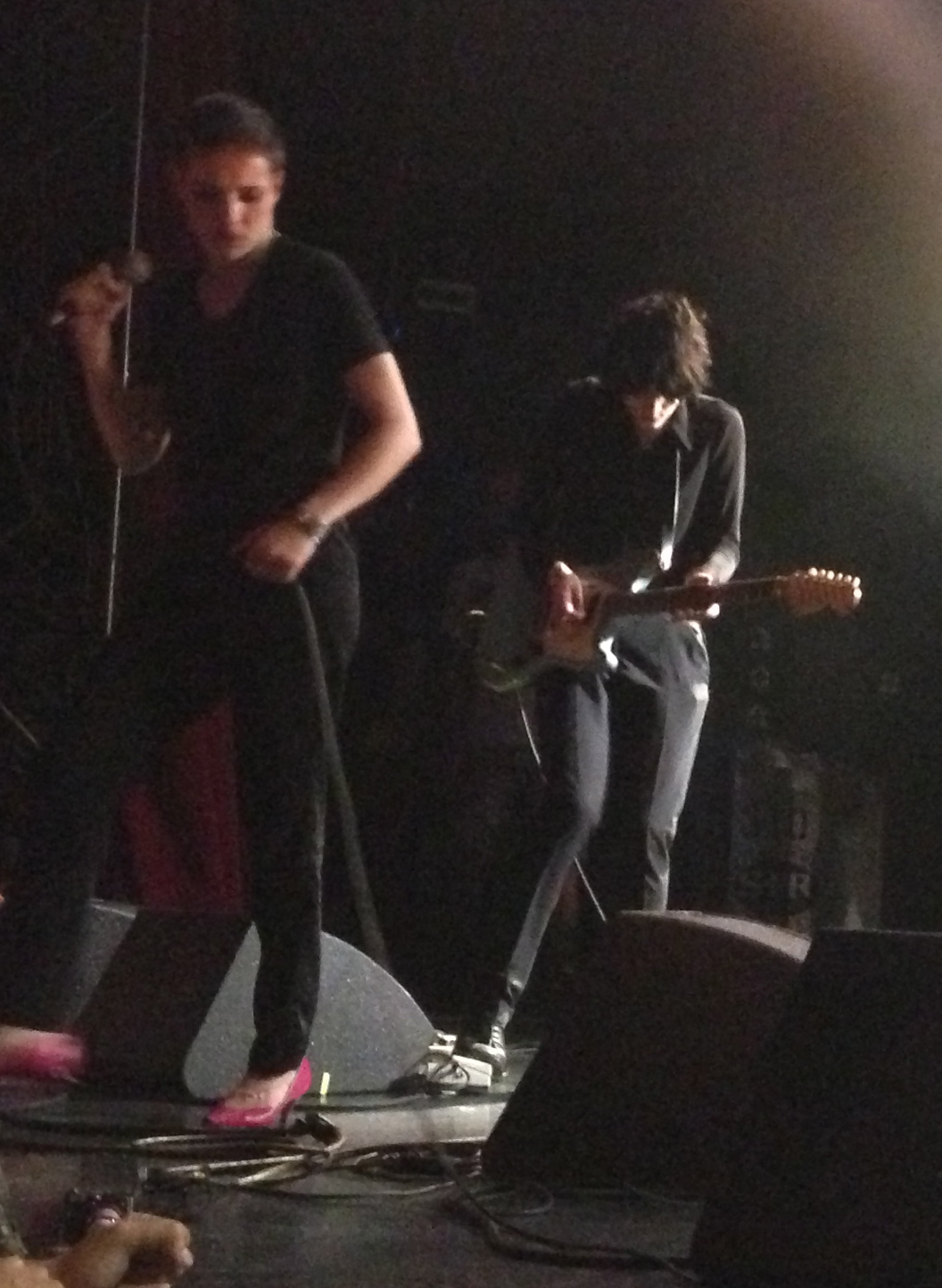 Their enigmatic performance ultimately lived up to expectations. It managed to make me feel and think: the best combination.

Author HardRockChick 0
“Are you guys going to Rob Zombie?” they shout from the car. Is it that obvious? I look down at my snakeskin boots and...
Read More