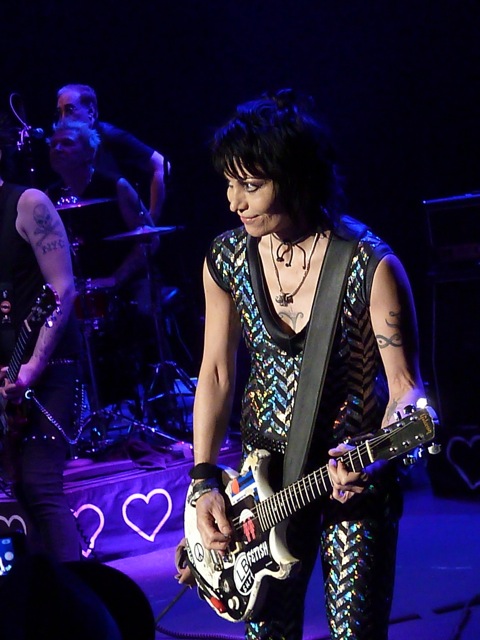 The scent of fried food. The whirr of machinery intermingling with screams of elation. The sight of eye-bulging over-saturation and over-stimulation. But it’s in the OC…so mixed in with the turkey legs and tilt-o-whirls are environmentally-friendly sand sculptures and butterfly sanctuaries. I grew up going to rodeos and county fairs in Texas, and all of the sights, sounds, and smells put me promptly in the way-back machine. Amongst the artery-clogging foods and carney-managed rides, part of me wants to turn into that kid that eats sugar* and rides rides until I wanna puke…but instead I sought out a vegeterian-friendly meal option, let butterflies land on me, and then walked down to the amphitheater….

….BECAUSE I WAS THERE TO SEE JOAN MOTHERFUCKING JETT!

Envision me at about 5 years old with thick bangs and hair down to my butt. I loved to dance. I can remember this song coming on, I can even remember the silver boom box that played host to the momentous occasion. It was in the spare bedroom of my parent’s house in Houston. I was fastening flashy outfits out of my mother’s bandanas. And then I heard it:

“I saw him dancing there by the record machine
I knew he must have been about seventeen
The beat was going strong
Playing my favorite song
And I could tell it wouldn’t be long till he was with me, yeah me”

My ears perked and I start clapping.

I’m dancing and learning the words to this straightforward rock song.

“He said, “Can I take you home
Where we can be alone?”
Next we’re moving on, he was with me, yeah me
And we’ll be moving on and singing that same old song, yeah with me”

And I’ve already learned the chorus, singing along in my high-pitched kid voice.

Little did I know that in that moment, within that song, I saw my entire future**! 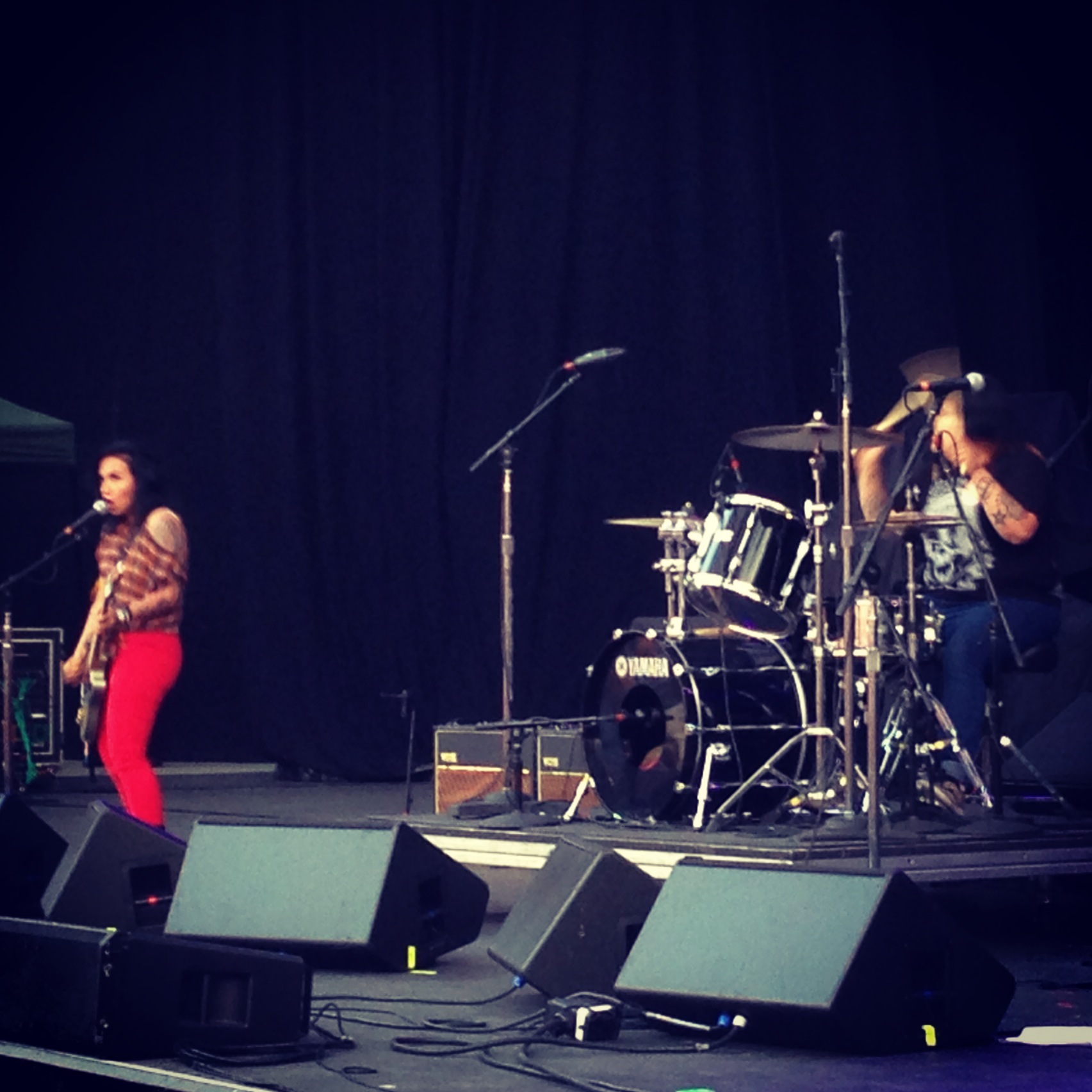 As we walked to our excellent seats, Girl in a Coma played. The last time I had seen them they were opening for The Darkness. Hailing from my homeland, their three-piece rock act warmed up the crowd with their upbeat crooning mixed with heavier, darker numbers. As soon as I sat down, I saw Her: Joan Jett watching from the side. I always respect it when artists take the time to watch the openers do their thing.

I was giddy as a schoolgirl when Joan Jett & The Blackhearts walked out on stage. I don’t listen to her a ton, but the moment she started playing, I realized how engrained her songs are into my DNA. My first post on this site…to a review of her book I did…to now. She launched into “Bad Reputation”***, and my jaw dropped. Not only was my fantasy finally becoming a reality, but she looked amazing, she sounded amazing…it was kind of overwhelming. Up next was the iconic “Cherry Bomb”, from her Runaway days. She tours incessantly, and it was immediately apparent that she knew how to work a crowd that probably contains some atypical fans. Wearing a sparkly, multi-colored Chevron print jumpsuit and a leather jacket, she exuded that dominant, wild energy that I wish I could bottle and take every morning with my vitamins. And then onto “Do You Wanna Touch Me”…such a great song about the most primal and coveted thing on Earth.

She then went on to play a couple of tracks from her upcoming album, Unvarnished. While much of the crowd sat down, which I find so rude, her explanations of each song had me rapt with attention. “Make It Back” is about what she witnessed during Hurricane Sandy…”Soulmates to Strangers” is about “when you find someone who you think is your soulmate…and then….nope.” I hear ya, Joan.

“You Drive Me Wild” got people on their feet again. As Jett cooed the words to the audience, I was thinking about how this song started coming from the lips of underaged girls, but it still works now from a woman in her prime…pretty powerful stuff.

A few songs later, and it began…those unmistakeable chords from that song that turned me on many, many moons ago. The crowd is clapping along, and I stood there having one of those full circle, dizzying moments in my rock ‘n’ roll life. Though I think I understand the sentiment of the song better now than when I was 5…

This was followed by her great cover of “Crimson and Clover”, and then that bristlingly true track “I Hate Myself For Loving You”.

Quickly back out for a three song encore, including two covers: Sweet’s “A.C.D.C.” and Sly & The Family Stone’s “Everyday People”, Joan Jett & The Blackhearts finished their set, and made this little girl at heart’s dream come true. I was so thrilled by the show, I was THAT GIRL wearing the shirt from the show the next day!

*I did eat a fried oreo in my mother’s memory, since it was her birthday, and when she was pregnant with me she was so sick and losing weight until she was able to keep down one thing: Oreo cookies.
**It was not The Who’s Tommy
***Another reason to love Freaks and Geeks…seriously!