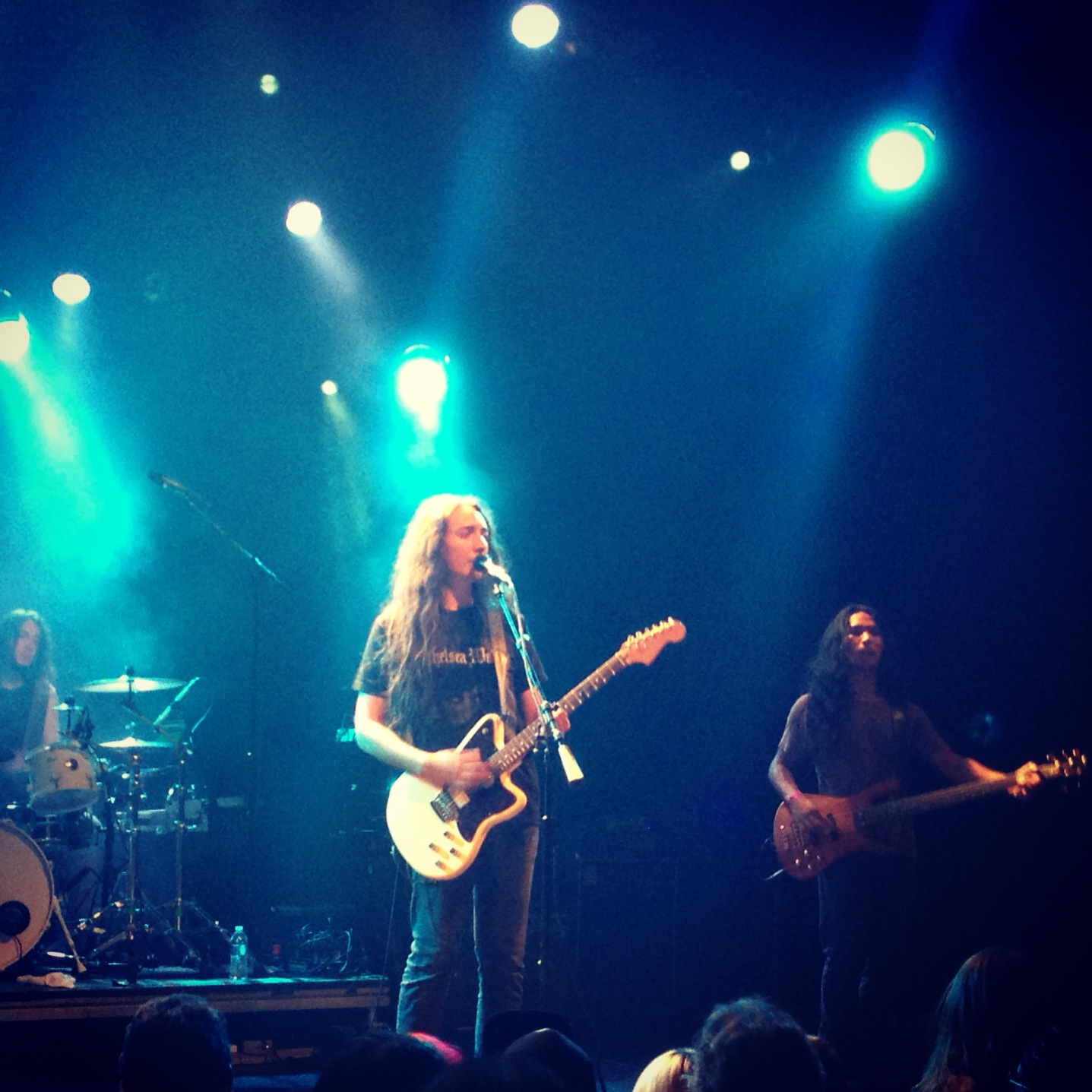 This is what I wanted to yell at people through about 67.75% of this show; reminding me why I generally like my shows LOUD. It drowns out the rest of the world, but most importantly, the conversations; at this show I could tell you what kind of drunk drama was going on around me almost as much as what was going on onstage…but that’s not the point.

I walked into the warm confines of the El Rey to the last bit of the Mamiffer set. A guy bowing a guitar, a girl lusciously singing while seated. I could feel my mind reconfigure into the seriousness, artiness, spaced out-ness of what this show would be. I longed for this to be the kind of music played in my spa, my yoga class, rather than the ‘music by the pound’ stuff that is status quo. The atmosphere was cleared by the relaxing cerebral-ness of Mamiffer, though my mind was on fire.

This would be a co-headlining tour, and Alcest took the stage first. Thinking back to when I saw them with Enslaved a couple years ago, I was impressed with the amount of fanboy-ism going down in there this time around. I was standing behind a guy in a Carcass vest, reminding me of last weekend, but this could not be more different. Yet the faces were kind of the same. See, metalheads aren’t all close-minded speed and gore freaks; as soon as Alcest launched into their pretty French metal, it reminded me of the skill and craft rooted in classical music that a lot of metal is. I like Alcest, but my reaction could not compare to the ear- and potentially other body part- orgasms going on around me. It was kinda cute. This is the kind of music I listen to while I work, and in the past I’ve found myself spacing out too much in sets like these- but Alcest continued to engage. And make me wonder about their hair. They have nice hair. But still, the shining moments for me are when the band briefly cross over into more driving beats and gruff vocals, waking up my senses from floating in the current of their melodies. Though “Beings of Light” was probably my favorite. 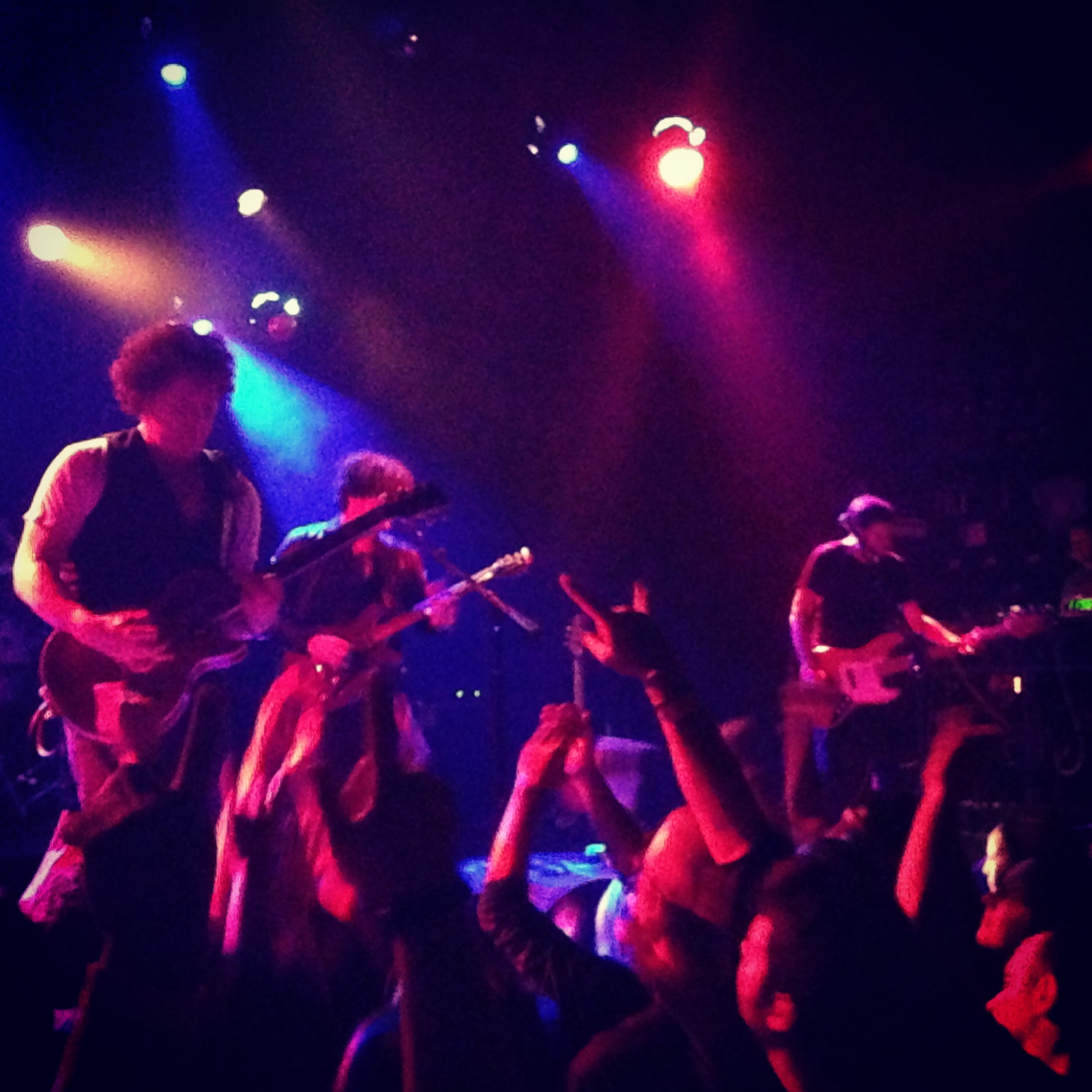 This would be Anathema‘s first US tour, and if I thought the fanboy level for Alcest was high, it damn near exploded for Anathema. But this is pop metal, so it didn’t explode into a pit, but people jumping up and down with glee. I’m pretty sure that’s the first time I’ve ever used “glee” when talking about a metal band…but that’s pretty much the word of the night. The band kept on emphasizing how happy they were to be there, and how thankful they were for their fans’ support. Between this and their dramatic love songs, it was an all-out love fest. Which on any other day I might have gone to the bathroom to throw up, but things have changed for me. Obviously I don’t know much about Anathema, but I was thoroughly impressed by their set. It was unlike anything I’ve ever seen before, except for maybe Porcupine Tree. Genre-bending, progressive as much as pop as much as metal as much as hard rock, they intrigued me. With a female vocalist appearing and disappearing throughout the set, their songs varied in texture but maintained their unique tone. I think the first song that really got me was “Thin Air”:

You’re just a whisper away”

During “A Natural Disaster”, they had the house lights dimmed and had everyone hold up lighters and cell phones- which made it brighter in there than their lighting did. But it was the final two songs: “Closer”, which was introduced as a dance song, and “Fragile Dreams”, that immediately snapped me out of the show and into thinking that in a month I will be reunited with my favorite band again. From Carcass last week to Alcest and Anathema last night, to Mark Lanegan and then Depeche Mode again this weekend…the variety of music in my life makes me truly feel alive.