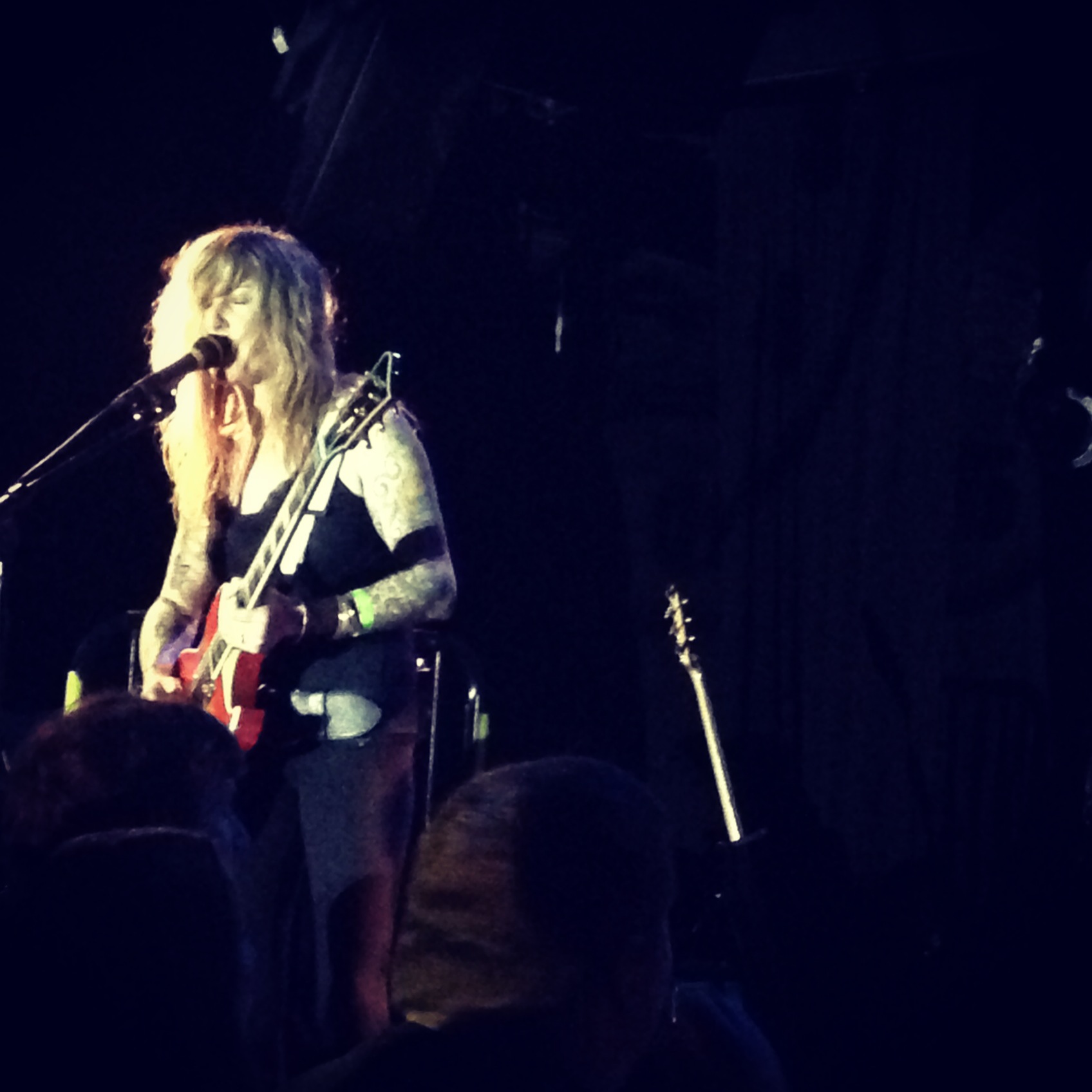 It was Monday night, at that time of year where hot and cold battle each other in the air, and the sun going down earlier imbues some primordial instinct on you that you should stay in your cave. Not me.

Echo Park’s downtown-meets-neighborhood vibe looked like a weekend hangover as I wrongly maneuvered my way to the upstairs door of The Echo, and had to make my way through the shady staircase to get to the downstairs portion, The Echoplex. 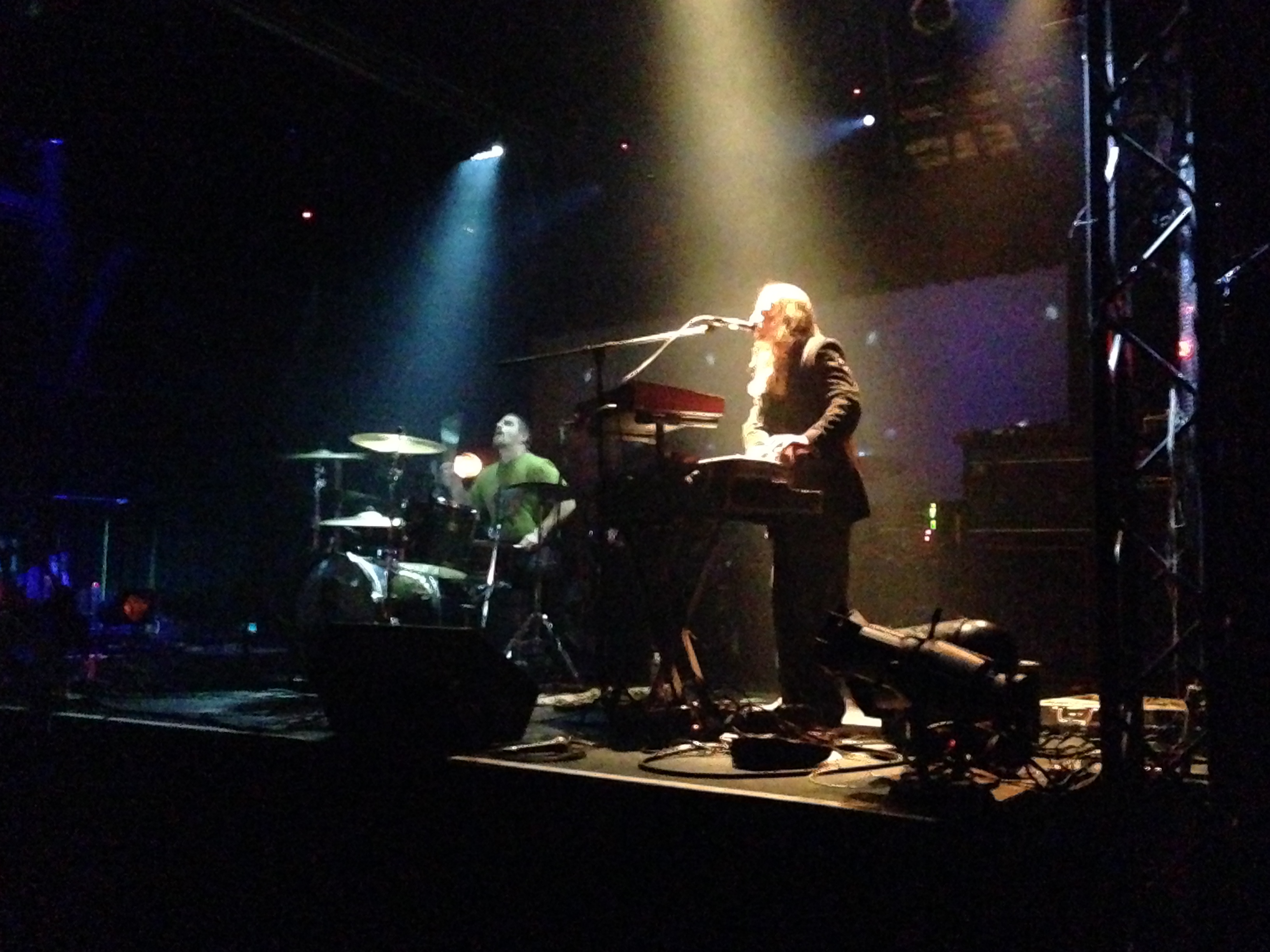 Since becoming aware if Pinkish Black, they have become a staple in my work soundtrack. Plus their name just about perfectly describes how I feel these days. A duo from Texas, one on drums and keys and the other on a myriad of different keys and synths and vocals, they create an ambiance worthy of a sci-fi soundtrack to a fantasy, Kubrick-esque film. Looking at vocalist Daron Beck, wearing a blazer and singing in a soaring, post-punk meets stage production way, and then looking over at drummer Jon Teague, losing sticks and blasting cymbals, it was evident that this was truly genre-defying music. It was easy to lose myself in their soundscape, imaging myself running through the dilapidated streets of Echo Park being chased by some unknown, kinda dangerous, kinda seductive entity.

I’ve seen Kylesa many times over the years, and they are one of those bands that I completely didn’t “get” at first, and now I love them. They’re so weird, which didn’t come out at first; I just thought it was kinda gimmicky. But, I mean, look at this: 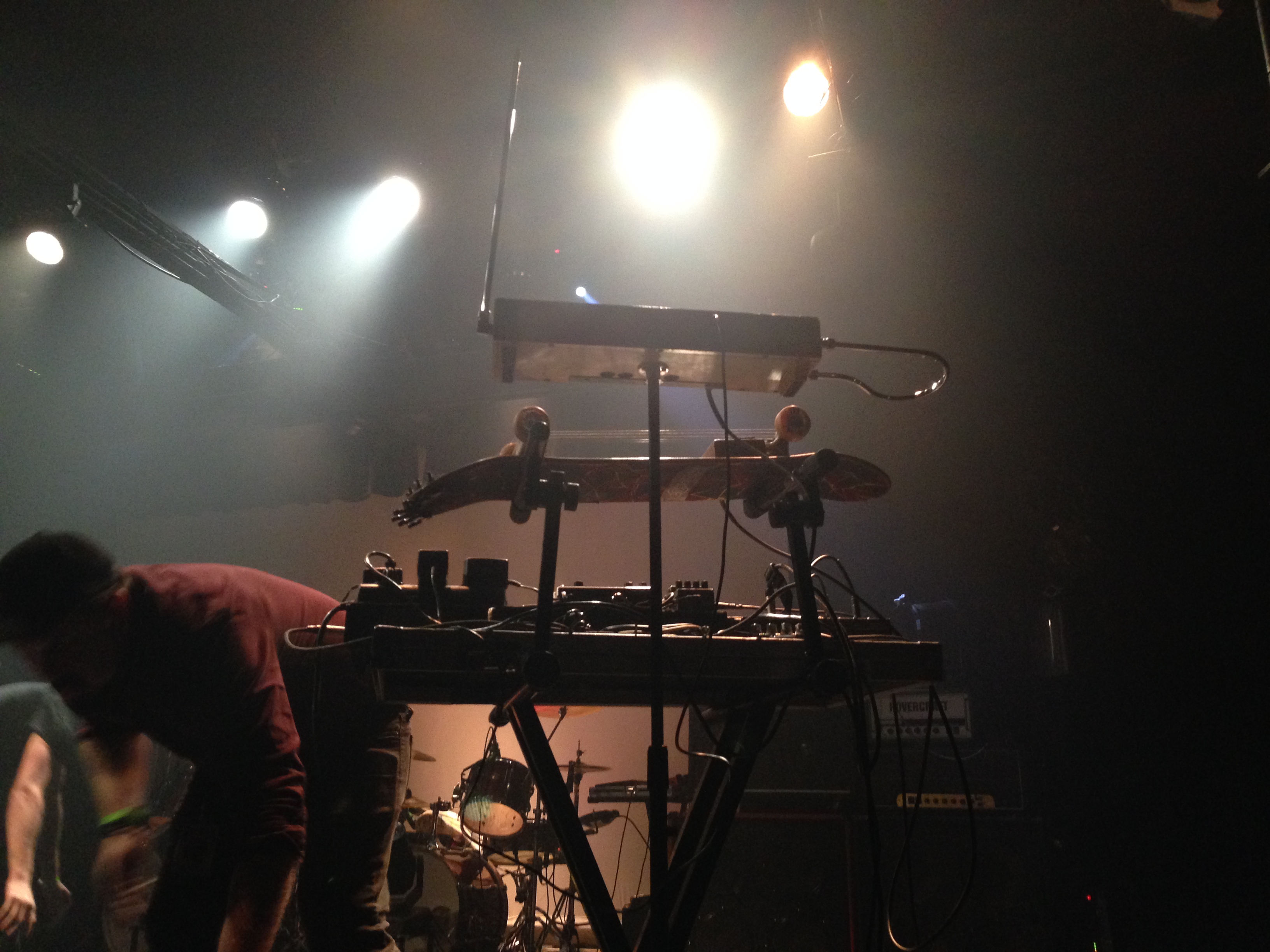 Spiral Shadow was one of my favorite albums way back in 2010; it accompanied me across Asia and down unda. I hadn’t seen them since then, so when they launched into some of those songs I was truly transported. The psychedelic and tribal elements to Kylesa’s music truly shined on this night for me; every time the dual drummers, the theramin’s hum, or the twang of the skateboard slide guitar lulled me out to the fringes, the dark, sludgy base of their music would pull me back to the gooey center. I love

watching Laura Pleasants play; there’s an understated fury there that you can see fueling the music.

Before the set, I ran into a friend who had just lost a family member that day. He was there to be healed by the music, and I watched on as this happened. It’s a beautiful thing, watching those who make music because they absolutely can’t not do it play for those of us who lap it up like life’s healing elixir.