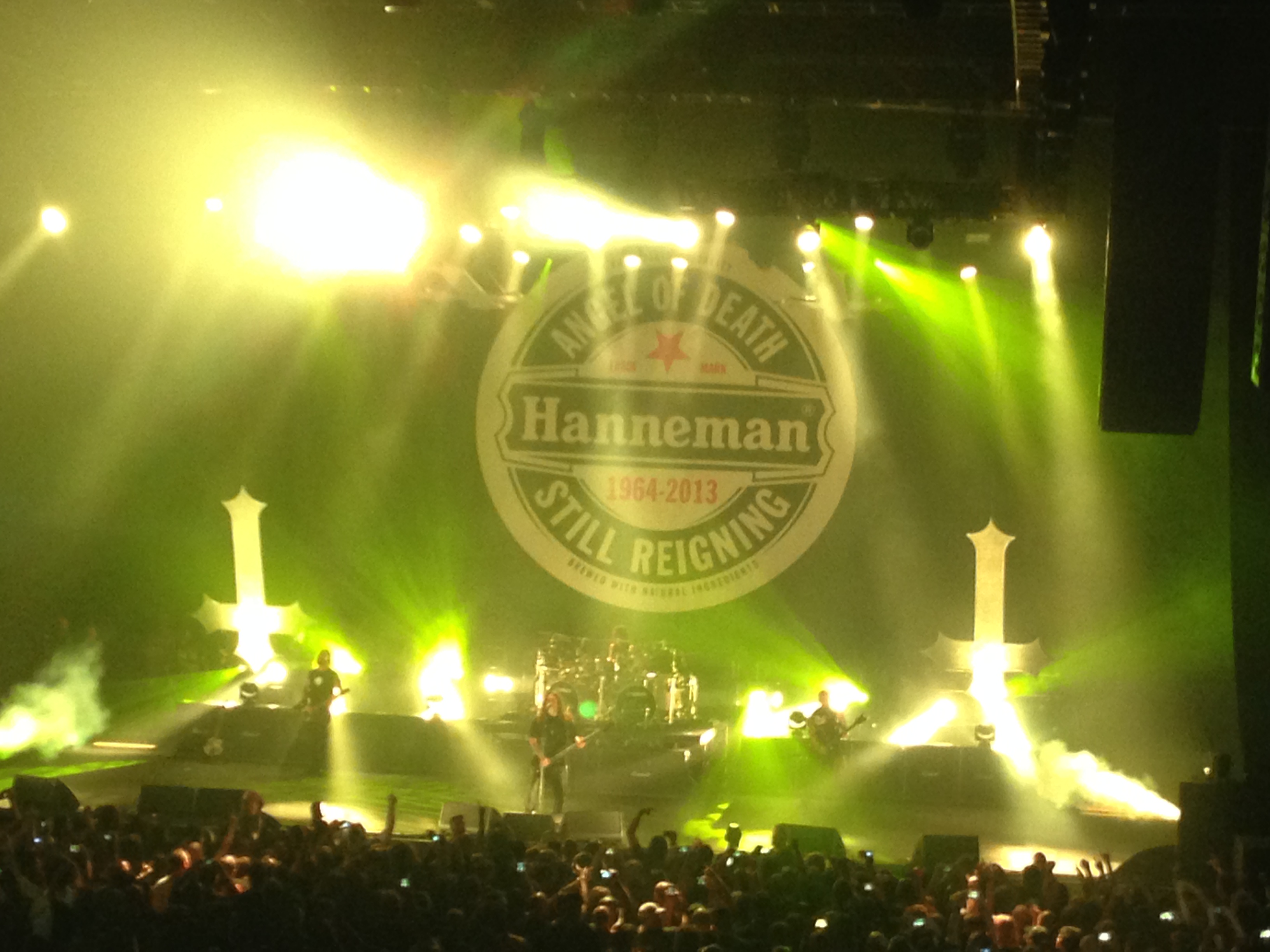 If only all shows could be this easy. Exit plane. Take cab to hotel. Thrown bags in room. Take cab to venue. Get handed a pass. Walk through the backstage door that says “Slayer Everything”. Go up to VIP balcony. Rock out. Get a tap on shoulder from a friend asking if I want to watch from the VIP suite of one of my favorite bands. Rock out more. Get handed a bunch of guitar picks.

Two days prior to the show, I didn’t even know Slayer were starting their tour in Las Vegas on a weekend I would already be there for Alice in Chains anyway. But I happily added it to my schedule. 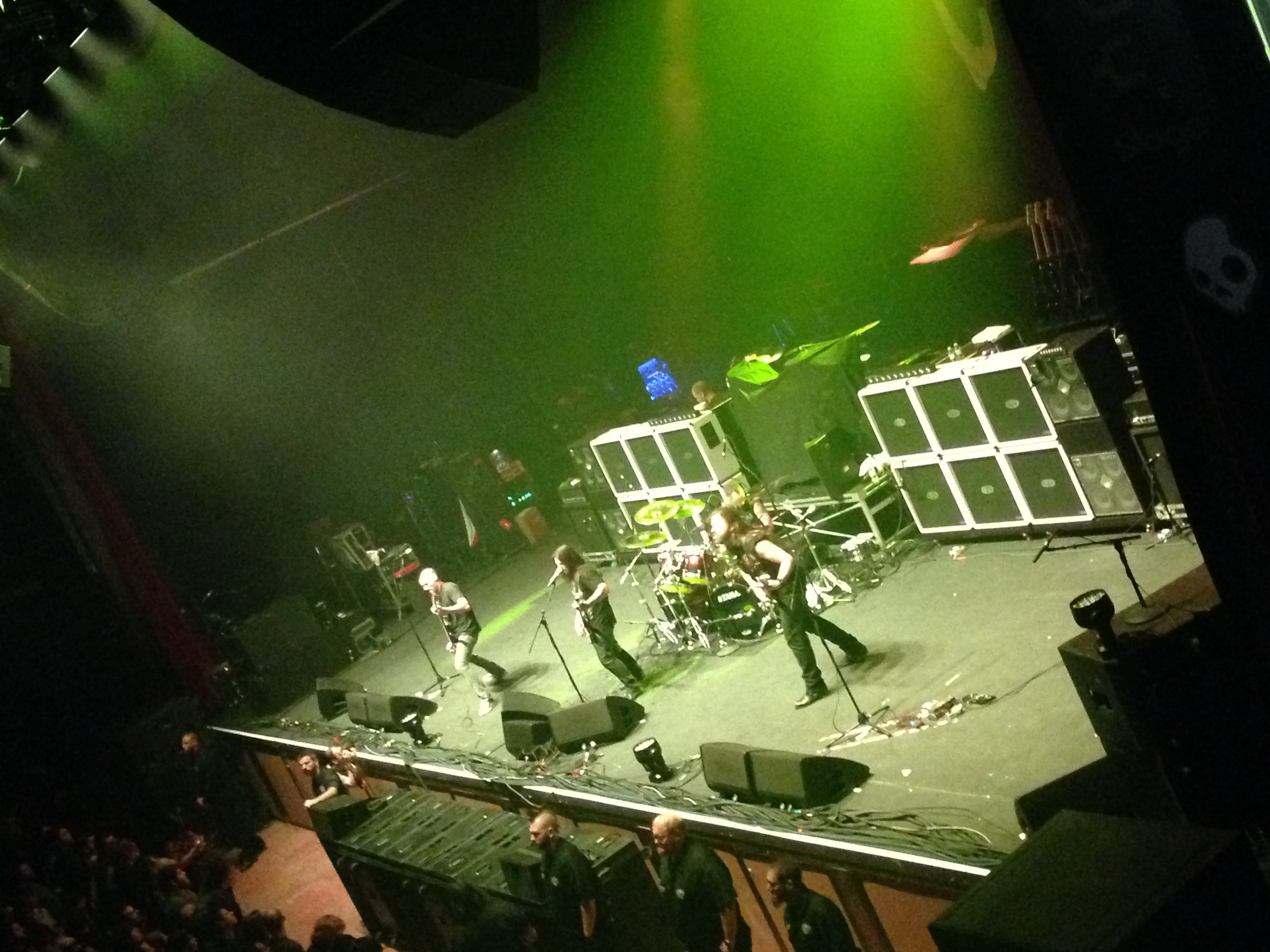 As we walked into the venue, Australia’s 4arm were already on stage. It was cool to finally see them after becoming acquainted with the band on my journey through Oz a couple years ago. Their Machine Head-y sound was the perfect kick off to the show. From my perch, I could see the crowd shed their work week and become the headbangers they truly are. 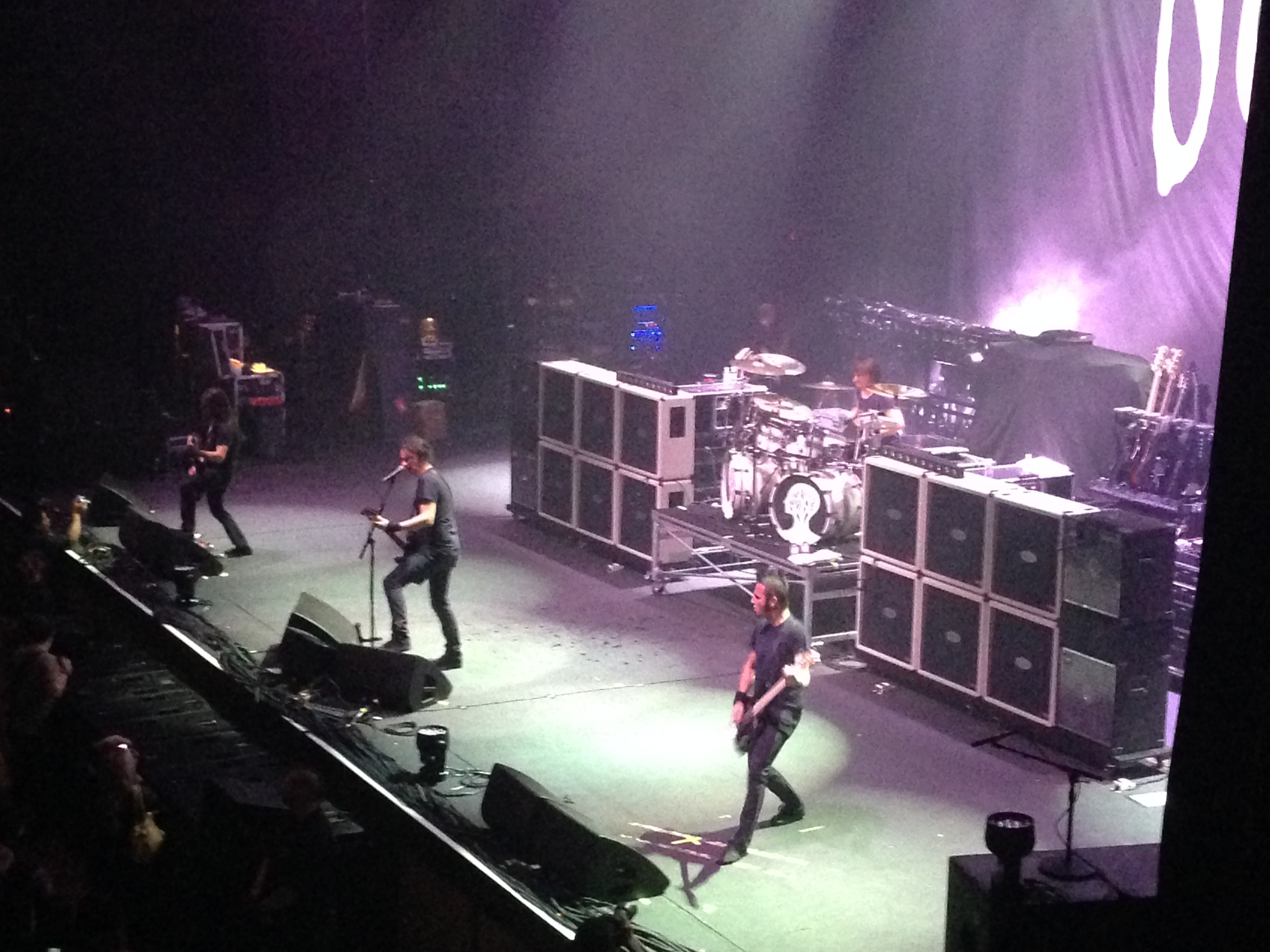 Up next were Gojira, the cerebral French metalers whose albums have been on heavy rotation for me for years. I would not have thought them a logical opener for Slayer…but I was sure glad to see them. Their intricate sound captured the attention of the ever-growing crowd. Drummer Mario Duplantier impresses with his speed and force, and bassist Jean-Michel Labadie never stopped moving. I reflected on seeing them earlier this year, which felt like a lifetime ago. The sound here was much better. Highlight: “Backbone”.

At this point I’ve pretty much lost track of how many time I’ve seen Slayer, but one of the most important events of my year, sadly, was attending the Jeff Hanneman Memorial. That was a humbling experience. There’s not much more that I can write about Slayer, but this setlist was great, with songs like “Necrophiliac”, “Threshold”, and “Captor of Sin” making appearances on the setlist after a long hiatus. And, of course, there were my favorite live standards to lose my shit to, like “Mandatory Suicide”, “Disciple”, and “South of Heaven”. The production was pretty slim considering the giant sacrilegious spectacle of burning upside down crosses made from Marshall speakers during their last Mayhem Fest tour.

For the encore, “South of Heaven”->”Angel of Death”, the Hanneman “Still Reigning” logo became the backdrop, and the band played as classic footage of Hanneman graced the screens on either side of the stage. It gave me chills. Having just finished writing a memoir about my experience with my mother’s death, my stories from Slayer shows appear twice in the tale….needless to say, the band had a strong role in my musical salvation during a needy time for me. And perhaps it is a testament to say that, pressed up against that VIP suite’s rail, I gave the band my full attention regardless of the fact that another band that helped me a lot through those times was sitting behind me. At the end of the day, the music reigns supreme.