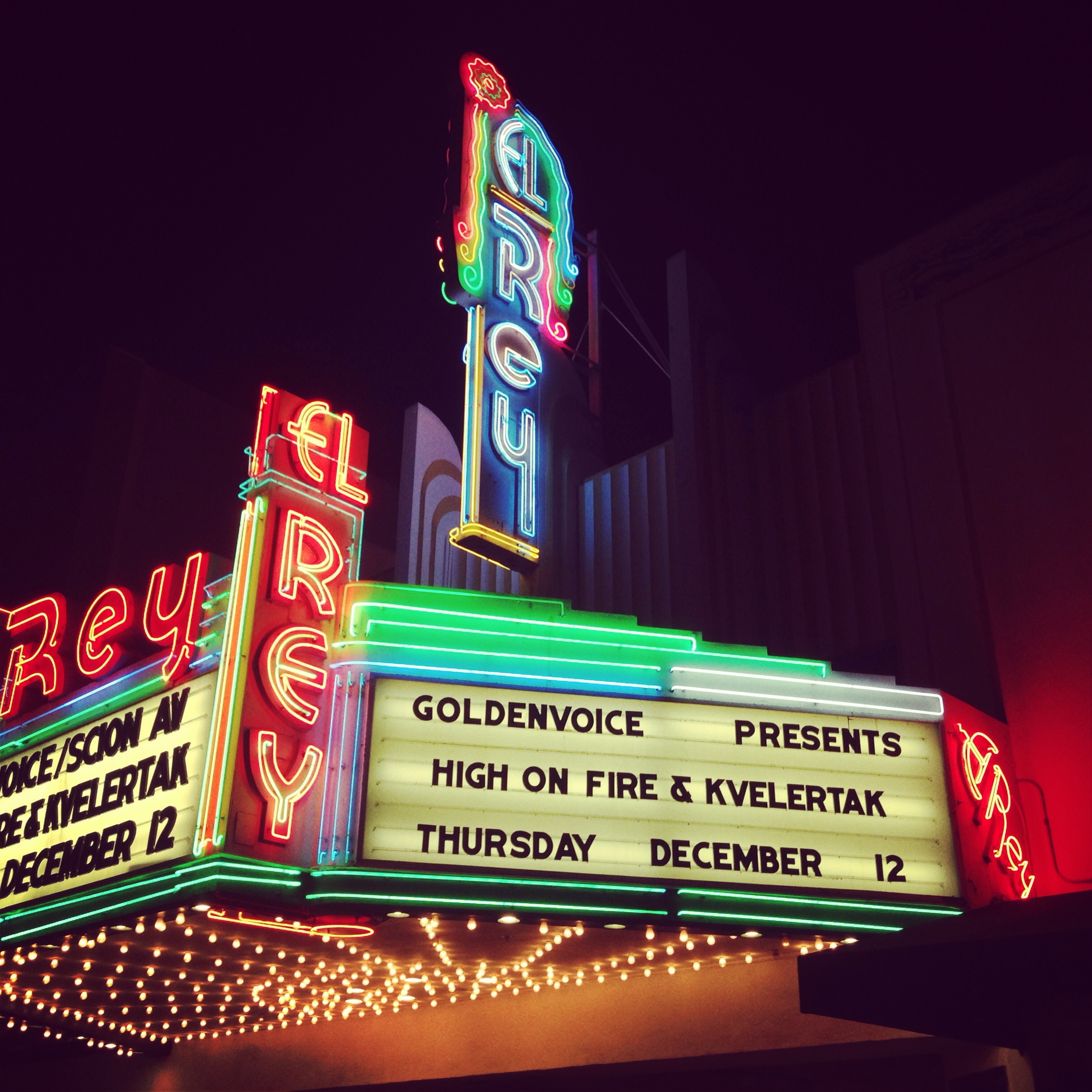 It was a cold December day, and I was standing on a step at the corner of the El Rey’s stage. As the sand in the hourglass of the year 2013 trickles through, I stood there reflecting on the year. I woke up at the beginning of ’13 so burned out- writing about 100 shows a year finally caught up with me- but taking a bit of a break this year, and focusing on checking things off my bucket list and seeing different types of shows helped. Metal had all started to sound the same to me; I had heard too many blast beats, too many growls, too much shredding for my own good. In fact, it had been a month since I had been to anything remotely metal; in the week leading up to this I attended the GRAMMY Nominations Concert [Macklemore, Lorde, Keith Urban, and Robin Thicke], BB King, and Merle Haggard.

But there are certain bands who will always bring me out; and High on Fire and Kvelertak are both on that list. As I stood there, I thought about the collective times I have seen them in various places, many of them back when everything was still bright and shiny and new for me. I traveled to 4 Dethklok, Mastodon, Converge and High on Fire shows in 2009, saw them play a crazy one-off combining-of-tours day fest in 2010, Fun Fun Fun Fest in ’10, SXSW ’12, Power of the Riff almost exactly a year ago, and the Metal Alliance Tour earlier this year. I saw Kvelertak on their first time over, at SXSW ’11, in London, on last year’s Converge tour, and earlier this year at The Roxy. 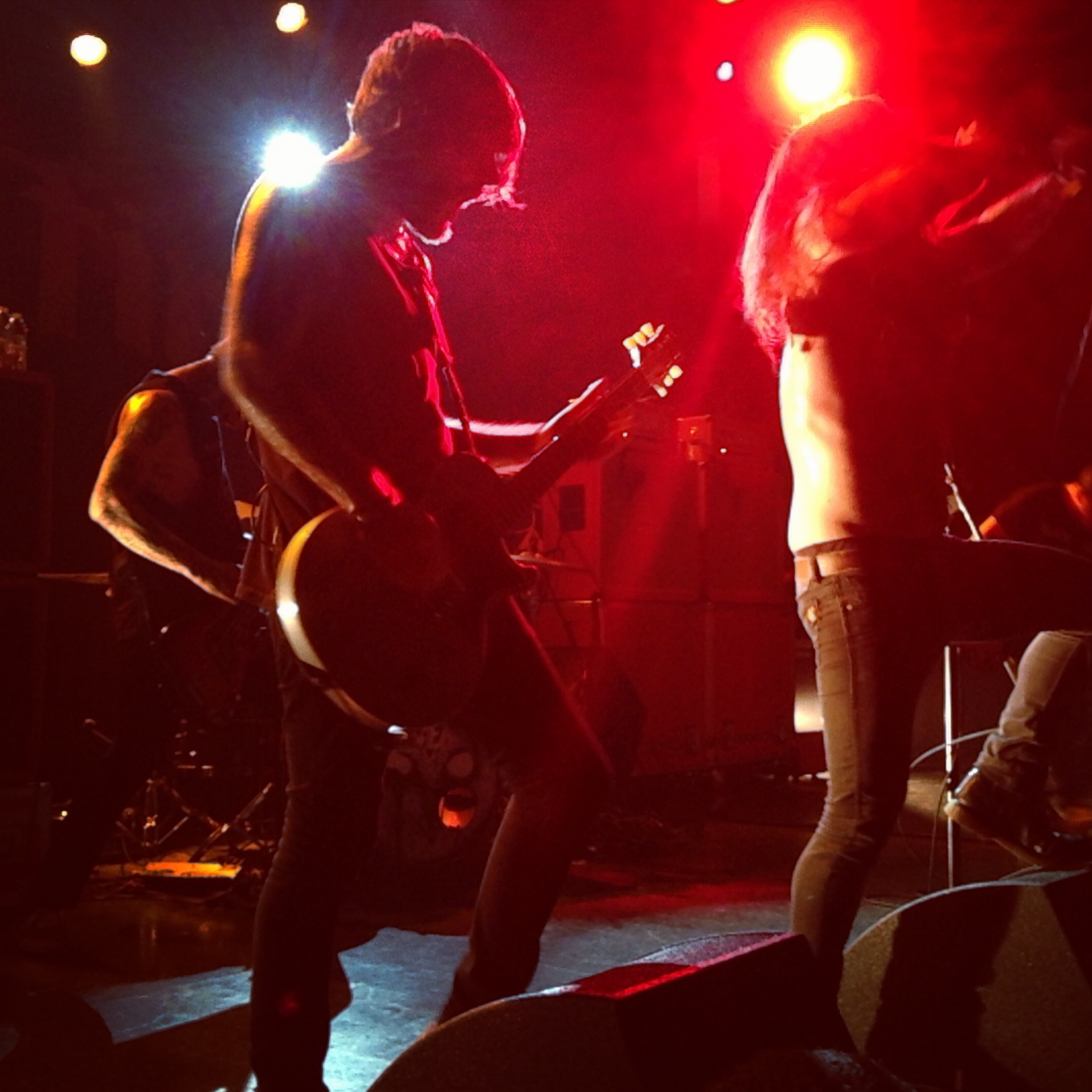 Just as I was about to get too caught up in going down metal memory lane, the red curtains parted and vocalist Erlend was standing there with an owl on his head. Before I had a chance to worry that the band would give a toned down performance fitting of this mature theater, complete with restrictive costuming, the rest of the band joined him and they exploded into their first song. Kvelertak’s sound, a cross section of punk rock, rock & roll, and metal, makes them sound unique within a sea of bands spewing regurgitated material. That, and the fact that they’re singing in Norwegian. Given such a big stage to play with, they jumped and thrashed about with the same vengeance as usual, it just had more room to dissipate into. It was the last day of the tour, and it felt like it. I hadn’t listened to them for a while, and was surprised at how much I remembered. Stripped of an understanding of the lyrics, the music conjures up an amalgamation of emotions for me, sometimes it’s angry, other times, desperate, foreboding, or hopeful. 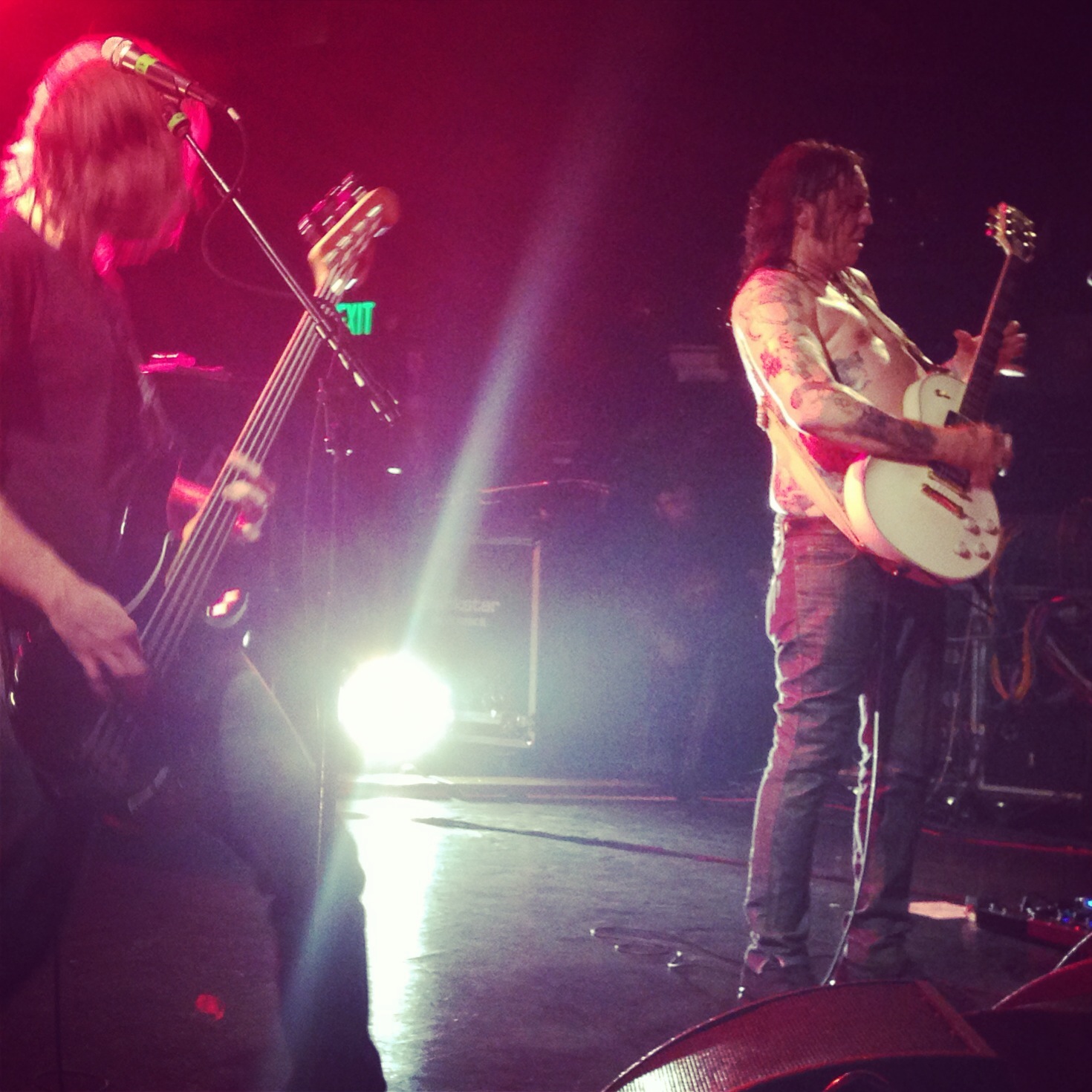 I have to say, this was the weirdest crowd for High on Fire I had ever seen. But as the curtain parted, even though they may have looked different, they reacted the same. There was the iconic Matt Pike, who’s always a comforting sight to see for me, telling us what we already knew: “We’re High on fuckin’ Fire!”. This was by far the loudest show I’ve ever seen at the El Rey. That familiar thick tone and growl took over every crevice of the venue. Bassist Jeff Matz was sporting a beard this time around, and as one of two stage infiltrators decided to spend a few seconds too long air-drumming on stage before jumping back into the crowd, Matz instructed him with a flick of his wrist where he needed to be off to. This setlist reached further back into albums than any other show I’ve seen of theirs; only a few were played from last year’s De Vermis Mysteriis. HoF craft songs within a narrow field of sound; yet they don’t all sound the same to me. At one point, Pike turned around and went back to the stacks and took a puff from an e-cigarette. I still can’t get used to people smoking those things; it seems like some weird Jetson’s shit to me, especially in juxtaposition to the classic imagery Pike and HoF evoke within me. Anyway, by the end of the show I noticed that my neck was already sore, and that’s when I realized I was officially out of metal show shape. But it didn’t stop me from bobbleheading it to “Snakes For the Divine”, the final song of the night.

Author HardRockChick 2
The Oysterfest in San Francisco is not the place I would expect to catch a kick ass set. But apparently, Oysterfest is light on...
Read More