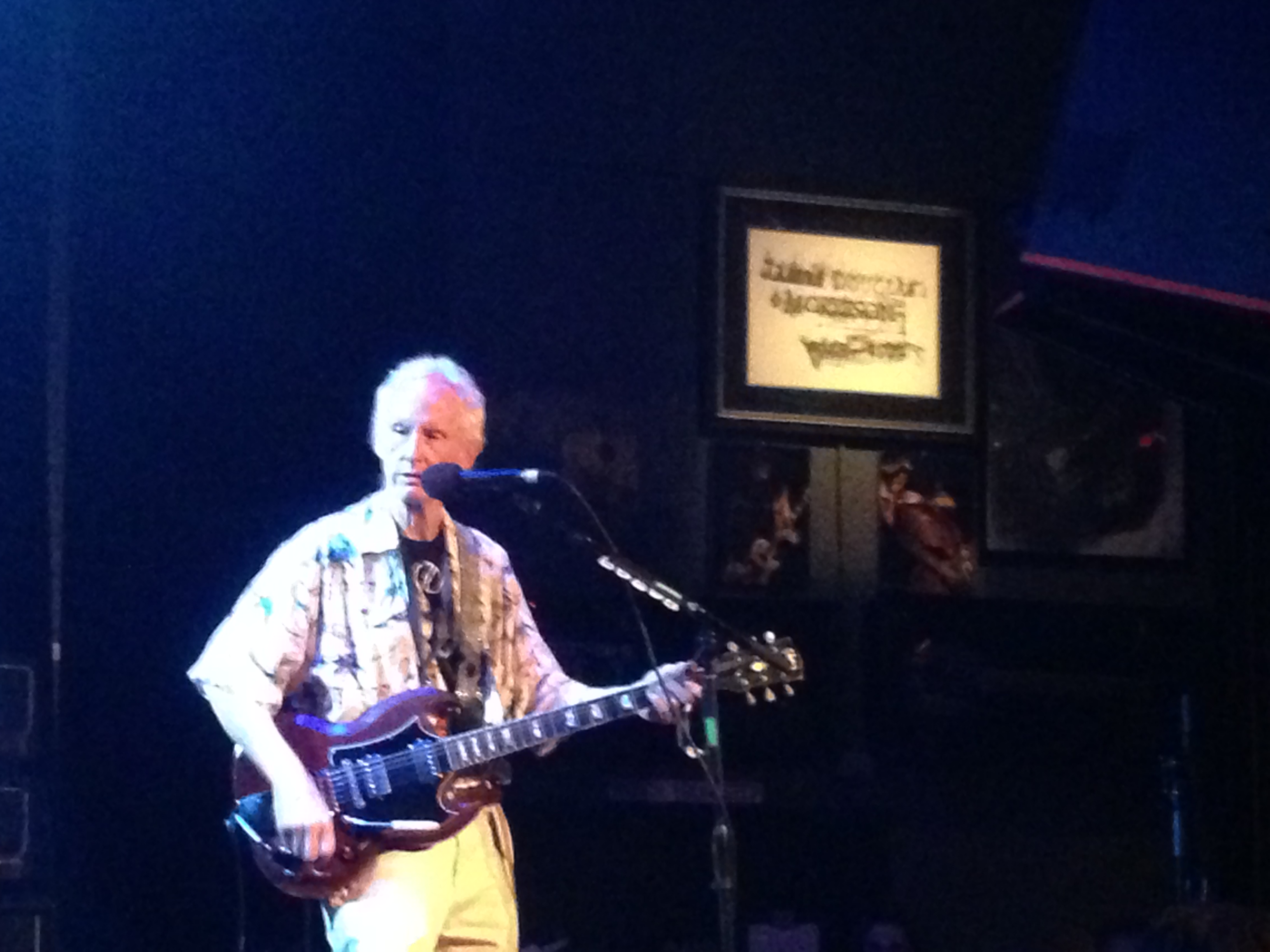 It was a night that could only exist in LA. 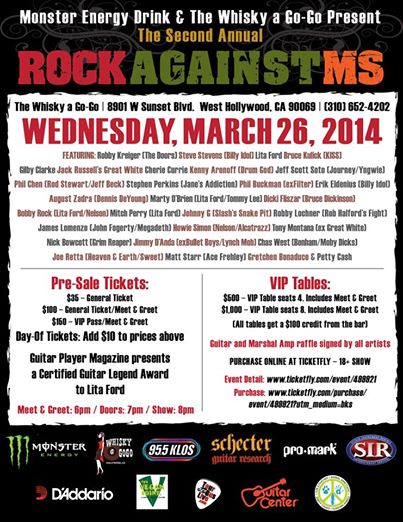 The infamous stage at the Whisky-A-Go-Go played host to a night of musical collaborations from dark, dusty corners of different decades and eras of music. And it was all for a great cause: Rock Against MS. Multiple Sclerosis is something you probably have heard of but don’t know much about, as was evident by some of the clunky references to the disease that the various frontmen made over the course of the evening. I have a close friend that suffers from it; and I would discover over the course of the evening that this now annual event began as a fundraiser for a PR person who’s name I’ve seen on emails for years, Nancy Sayle of VQPR, who also has MS. When Sayle spoke about her personal story and the event’s short history, it touched a nerve with me. What’s better than rockin’ for a cause? 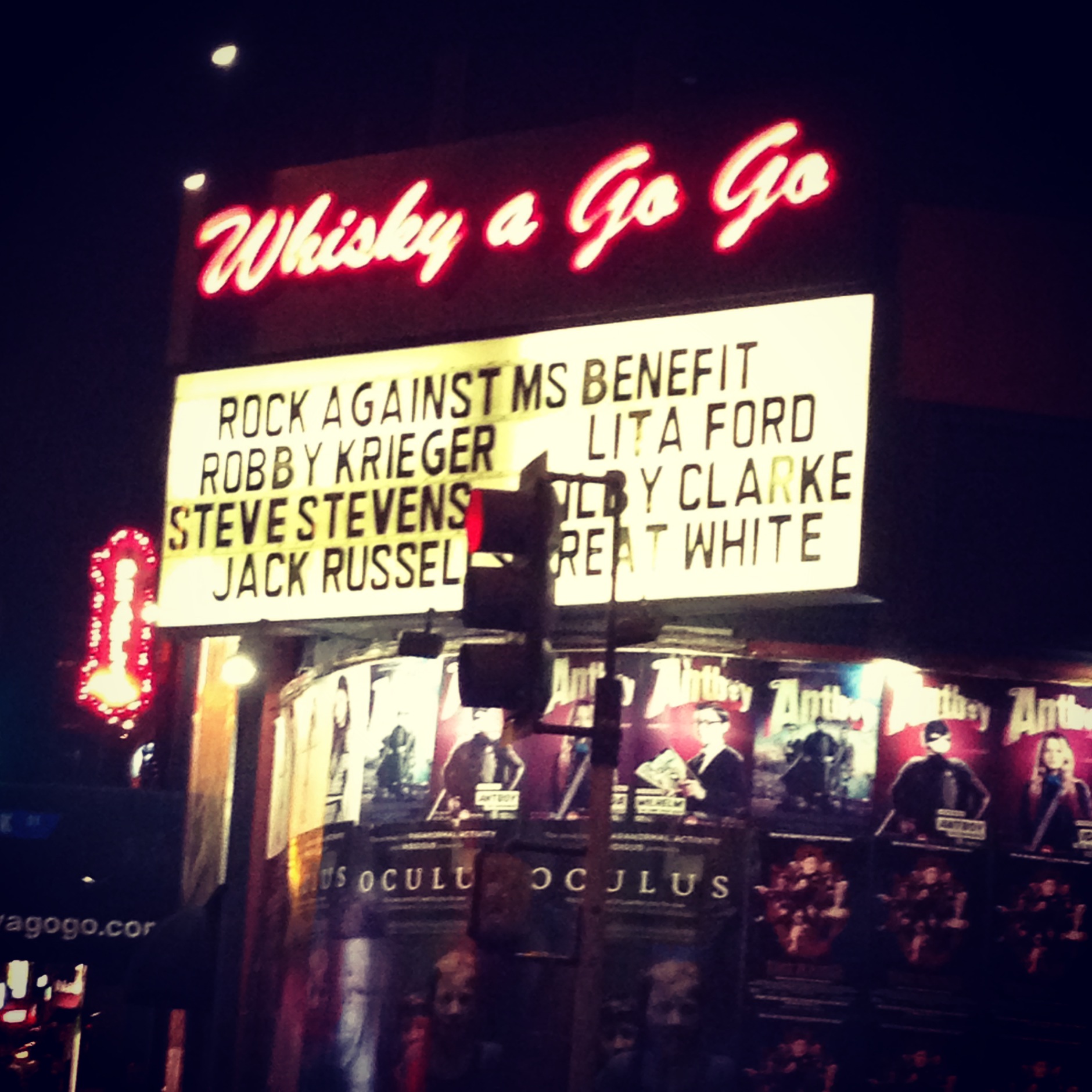 I know that I have fully integrated into being a Los Angeleno when nights like this become…normal. In any other city, this collection of musicians would create a buzz and a draw many times over the crowd that filled the intimate Whisky’s depths. The event started at 8pm, and flowed almost non-stop until 1 in the morning.

I’ve learned that you can never know what to expect from these one-off benefit shows; the flyer had a laundry list of names, but you don’t really know who is playing with who, when, what they are playing, and for how long. But I’ve also learned that that is the beauty of it.

Starting out with a medley from a guy that Dimebag Darrell taught to play all of his songs over 15 years playing a Pantera medley to a backing track, to early morning sizzle with a surviving member of The Doors and a very saucy fake Jim Morrison, I heard what felt like every major classic rock and metal song from the last 50 years played by current and former members of Kiss, Great White, Guns ‘N’ Roses, Styx, Grand Funk Railroad, The Offspring, Jane’s Addiction, Billy Idol, and The Runaways. They played a whole lotta Zeppelin, Sabbath, Dio, Van Halen, Aerosmith, along with songs from their respective bands. And oftentimes these musicians would come out multiple times over the course of the night, especially Kenny Aronoff, who was simply billed as “Drum God”. There were so many people playing so many things that it was hard for me to keep everyone straight. However! Highlights included:

– The Chas West led Zeppelin section. West fronted Zeppelin drum son Jason Bonham’s project Bonham for a while, and sings with local act the Moby Dicks. I liked that rock block of well-executed Zeppelin, but what made it REALLY memorable was the woman next to me who was taking very naughty zoomed-in photos of one of the band member’s, uh, members. Busted! 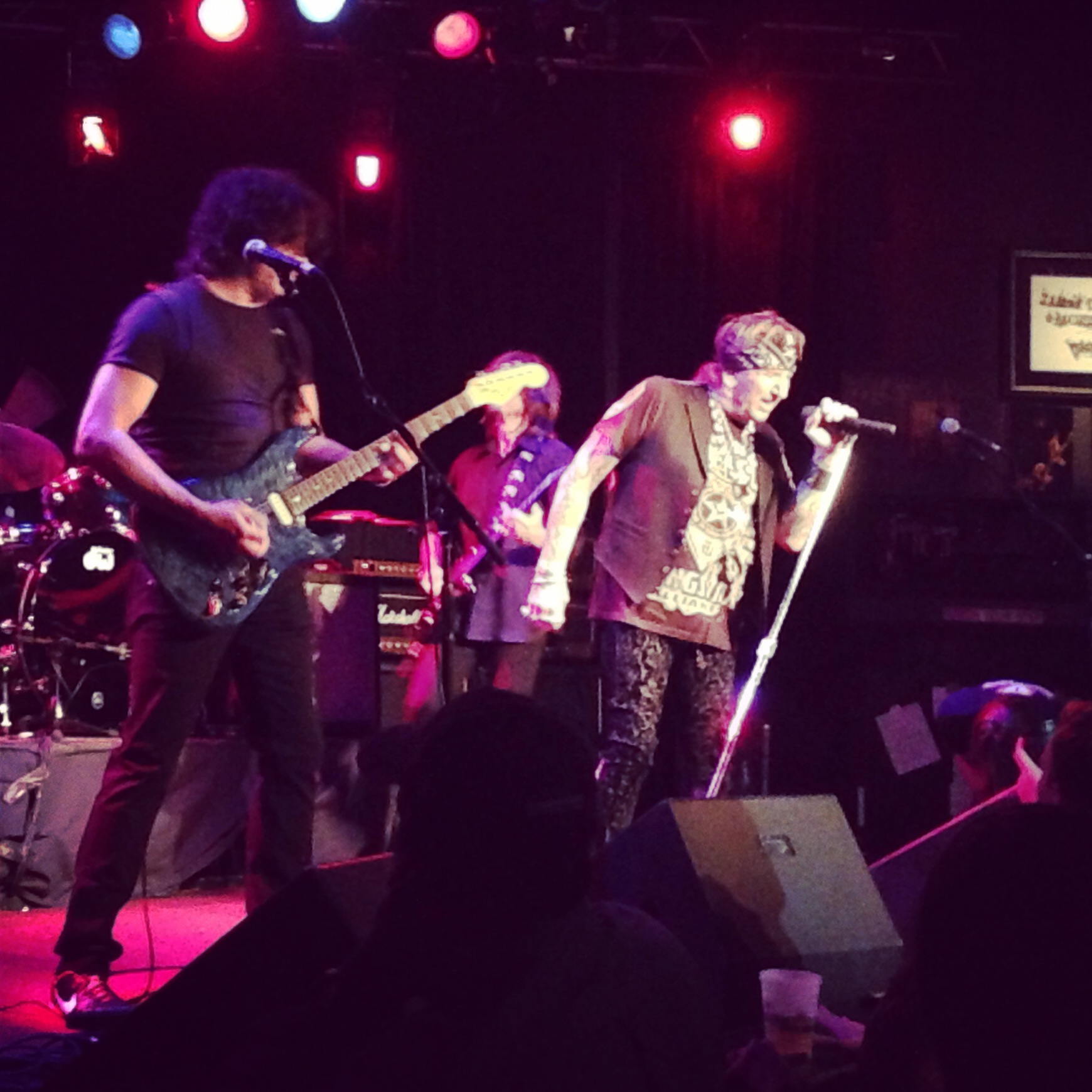 – Jack Russell’s Great White set, simply for people watching in the crowd. There were a lot of middle aged librarian types swooning and thinking about 1987. The ’80s Sunset Strip vibe was resuscitated for 20 minutes, and it was wearing mom jeans.

– When Cherie Currie presented Lita Ford- the first female to be given this- with Guitar Player Magazine’s Certified Rock Legend award, a side item of the night, I was a little afraid that that was the only reason their names were on the flyer. But I should have known better, because later on I was watching 2 of the Runaways do “Cherry Bomb” and “Queens of Noise” on the same stage where they got their start, decades ago. That was the second time I saw Runaways do that song this month! We won’t talk about how Lita had to read the lyrics for “Jailbreak” from her iPhone as she was singing later on… 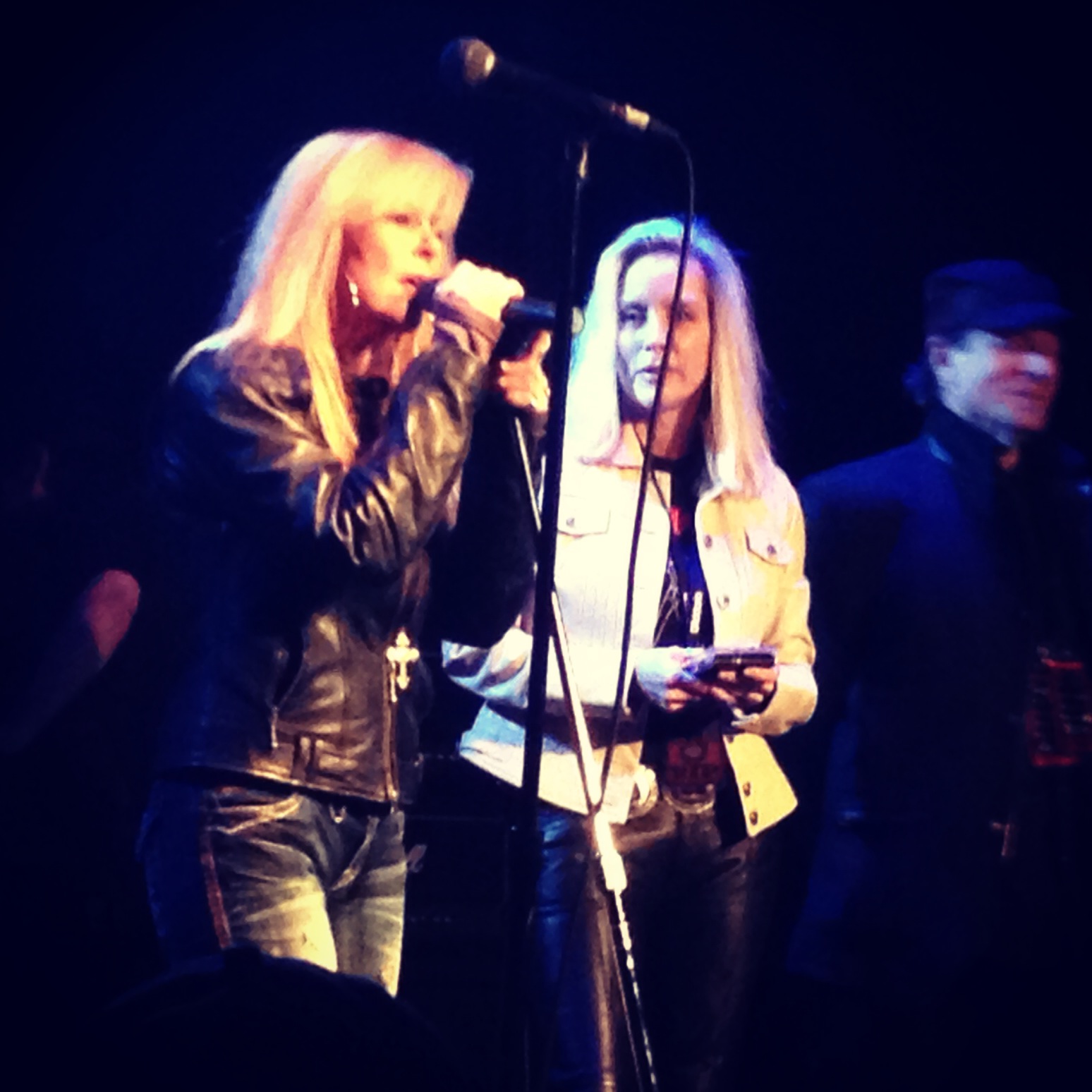 – Gilby Clarke of GNR, Stephen Perkins of Jane’s Addiction, and James LoMenzo of White Lion made up a fun trio that I wasn’t expecting.

– The segment I enjoyed the best was most likely Franky Perez, Steve Stevens, Marty O’Brien, and Kenny Aronoff. Their rendition of “Dazed and Confused” was so awesome.

– Having been there since a few before 8p, I was admittedly tired by the time Robby Krieger came out to close the show. But seeing him on that stage with that Jim Morrison painting over his shoulder as “Break On Through” began gave me chills. Remember that time a few years ago when I waited outside the Whisky for 3 hours to see the remaining Doors play and didn’t get in? That sucked and this almost made up for it, but RIP Ray Manzarek. If you squinted a bit, the guy fronting them looked and sounded quite a bit like Morrison, but were his multiple tirades where he was cussing out the sound guy part of the act?

Remember when it felt like rock & roll could save the world? I think all of us in that venue had that vision at some point in our lives, and that’s why we were all there…to raise awareness and funds for an awful disease.