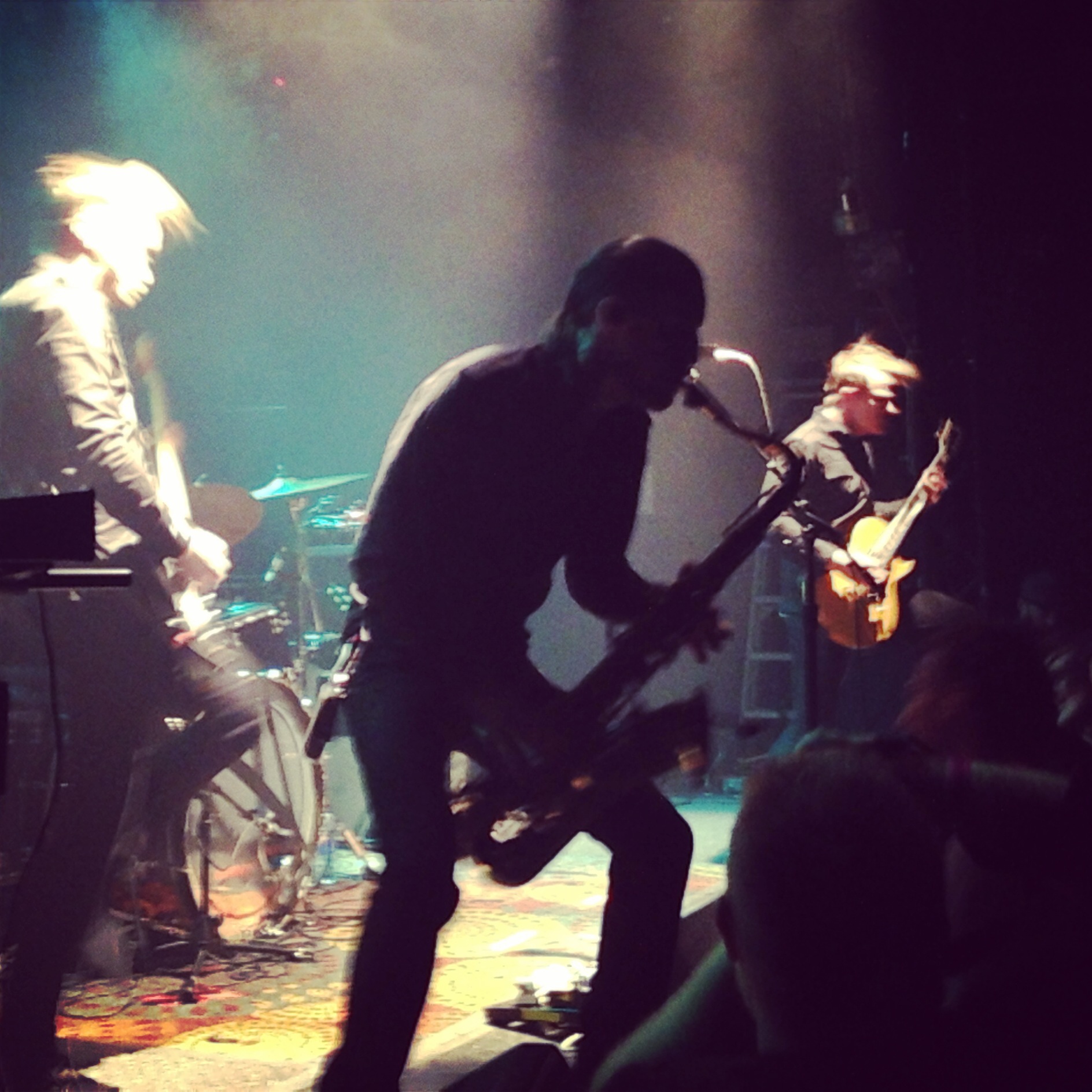 When the lineup of Dillinger Escape Plan, Trash Talk, Retox, and Shining showed up in my inbox, I wept for my future. How would I survive this show? 4 intense bands in one night at the warehouse-y Echoplex sounded menacing…and super rad.

Truth be told, I was dead already when I got to the venue, on account of a screening, a show, and a Black Carpet + show, not to mention hours of writing and video editing from the previous 48 hours. But I was determined to be there.

It had been two years since Shining wowed me at SXSW; and they proceeded to do it again as soon as they hit the stage. Despite the long, rough night ahead, the place was nearly full to see the band, who’ve been around a long time, but are making much more traction in recent years. Shining are a controlled chaos kind of band; the industrial metal-prog rock-jazz fusion is undoubtedly a tough thing to wrap one’s head around. But you can always tell when something unique and exciting impresses the crowd…the phones come out of the pockets and go up in the air. And that moment is when frontman JÃ¸rgen Munkeby breaks out the saxophone. A metal instrument in a metal band…oddly, perhaps, this is the second time I’ve seen that on this stage this year…but I am an avant grade metal weirdo. I watched the crowd become completely enraptured by their set, from “Fisheye” to “The Madness and The Damage Done” culminating in “21st Century Schizoid Man”, their fantastic King Crimson cover. 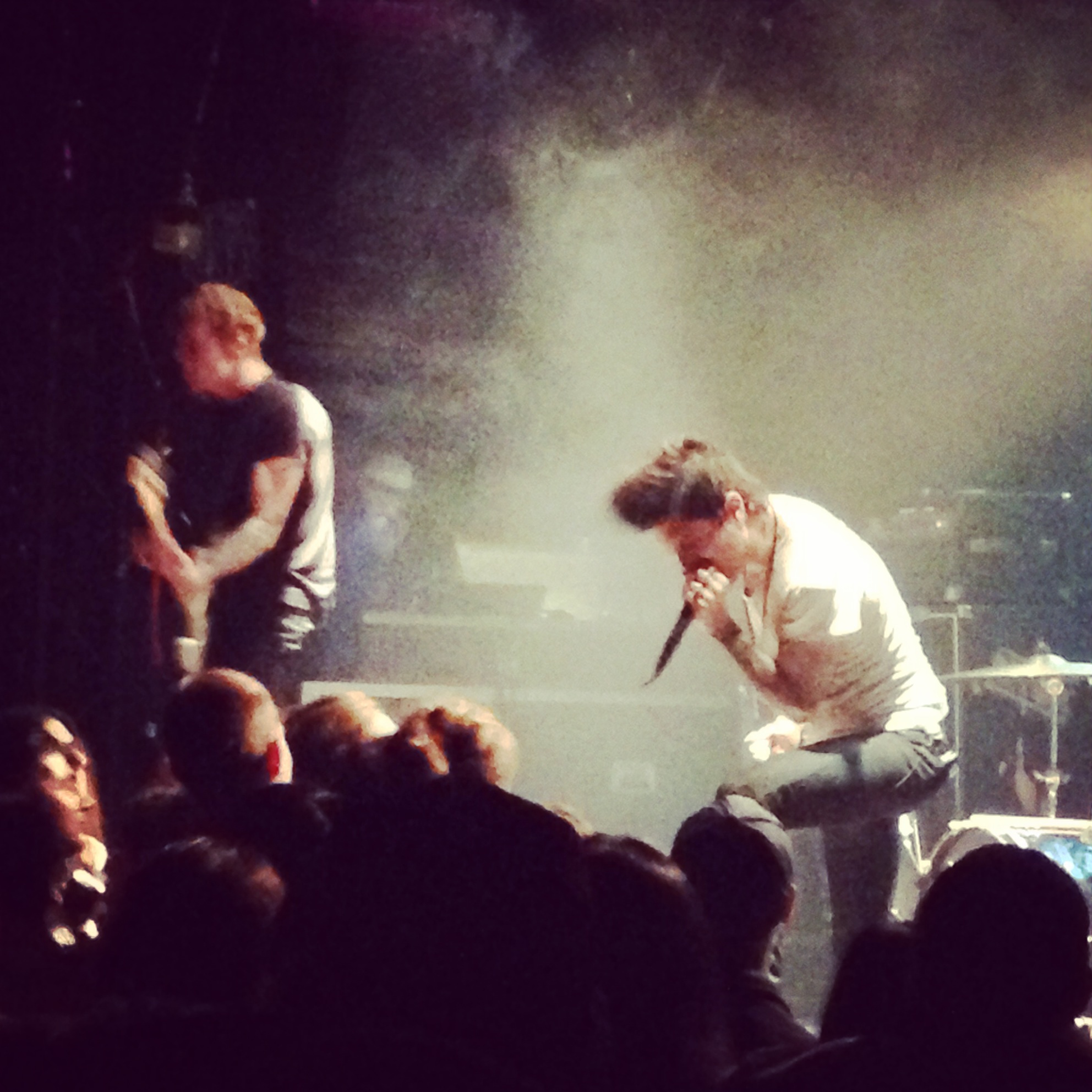 I had seen Retox open for Tomahawk… and while they confused the crowd there, it was clear that this crowd was ready to join in the hardcore chaos and start the danger portion of the night. I find Retox interesting to watch live, but I have yet to get into their music. I watched people flail around in the pit from afar, in contrast to the model-y looking frontman Justin Pearson screaming red-faced yet keeping his pompadoured hair intact. I have reached the point where watching pits like this make me feel old. 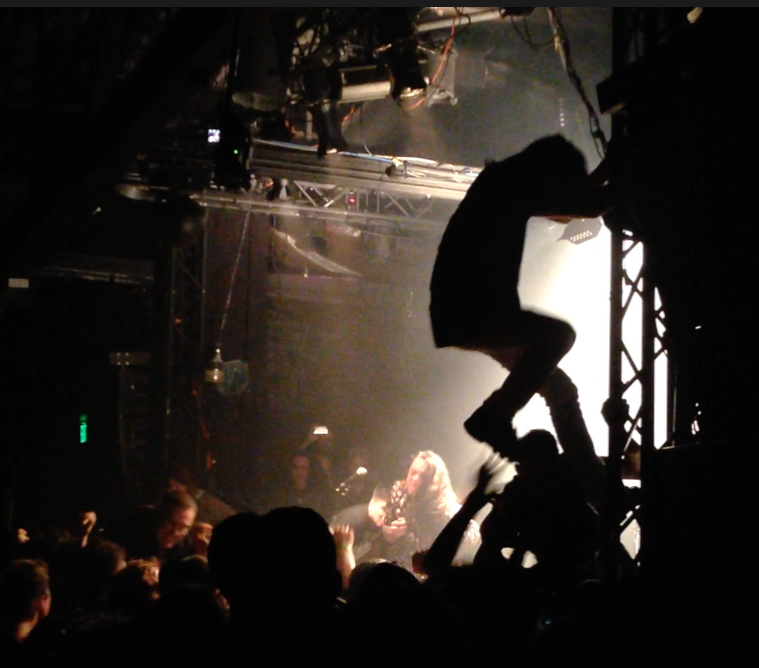 I missed most of Trash Talk‘s set because I was interviewing JÃ¸rgen from Shining, but when I got back inside, the expected riot had broken out, there were so many people on stage I couldn’t even tell who was in the band, and kids were climbing the awning at the sides of the stage and jumping off. Of course, this is all part of the plan. That said, the chaos did not beat the other time I saw them at SXSW a couple years ago. Their parting words: Hail Hydra. 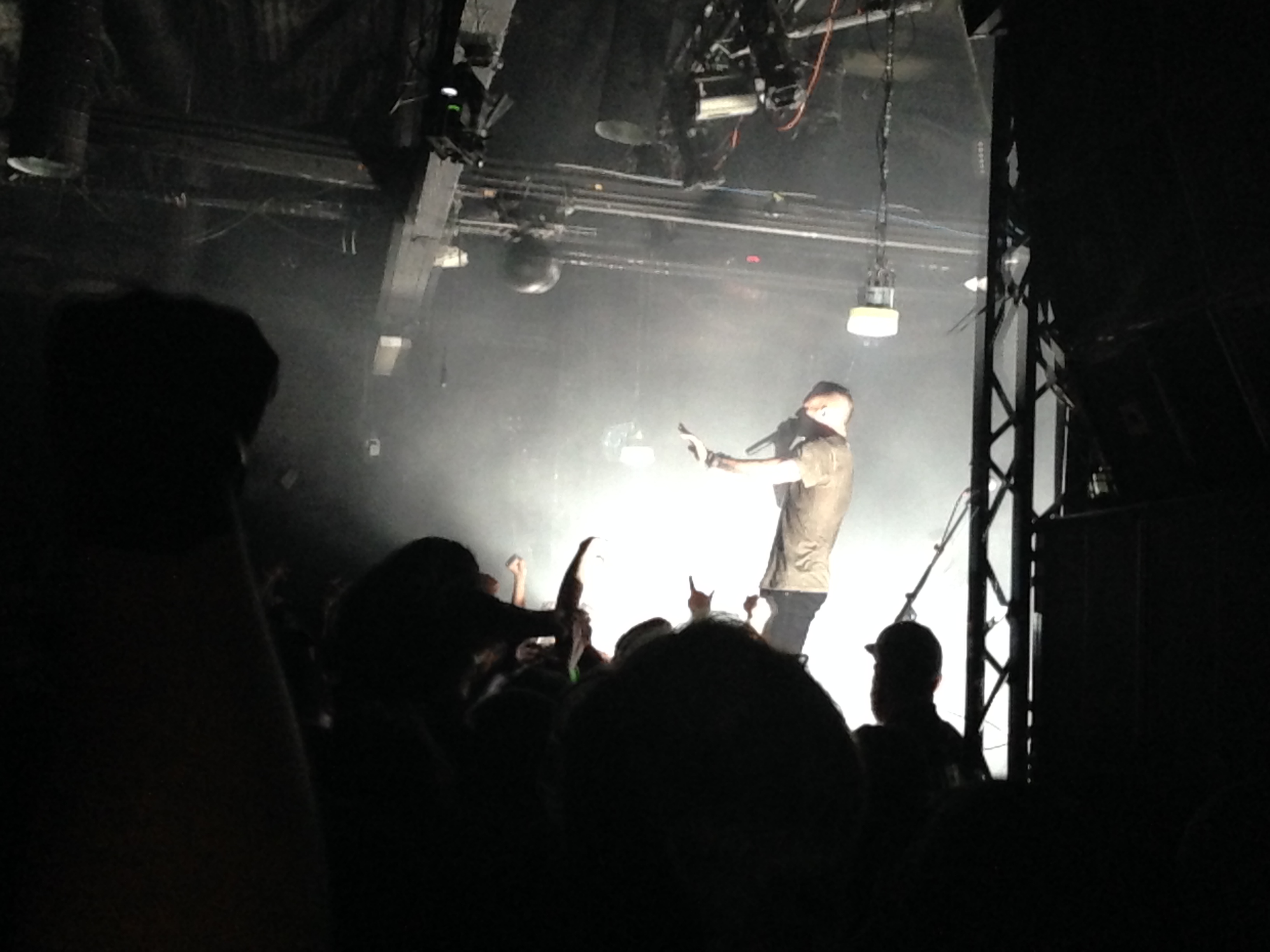 It seemed like a long time before Dillinger Escape Plan took the stage. When part of the hold up seemed like stagehands were adjusting lights, I caught myself thinking that shitty fan thing: ugh, what has happened to DEP. But once they hit the stage, I realized that the lights were a cool stage prop for them: band members would often hit the hanging lights, causing them to swing out over the crowd. DEP have been one of my favorite live bands for a long time now, and I’m glad they have maintained their fierceness in the face of their growing success. This was probably the farthest away I have ever stood during a DEP set- I know the dangers of the crowd and EVEN I have been known to throw and elbow or two during their set. But I had to keep in mind that I’m getting married in a week and a black eye in a wedding dress would probably not be a good thing… “43% Burnt” was the highlight of the set for me. Unfortunately, I was so tired that I actually tore myself away and left a few songs early, before my favorite “Sunshine the Werewolf” finished them out, and that, ladies and gents, is something I NEVER thought I’d do. Getting old sucks.

You can find my past real reviews of many DEP shows here.

Author HardRockChick 0
It didn’t dawn on me that it was Friday the 13th until it was too late. With the way things in my life are...
Read More
My Musical Adventures

Author HardRockChick 1
Over the years, Dir En Grey has come up as a band I should check out. I had tried listening to them several times,...
Read More