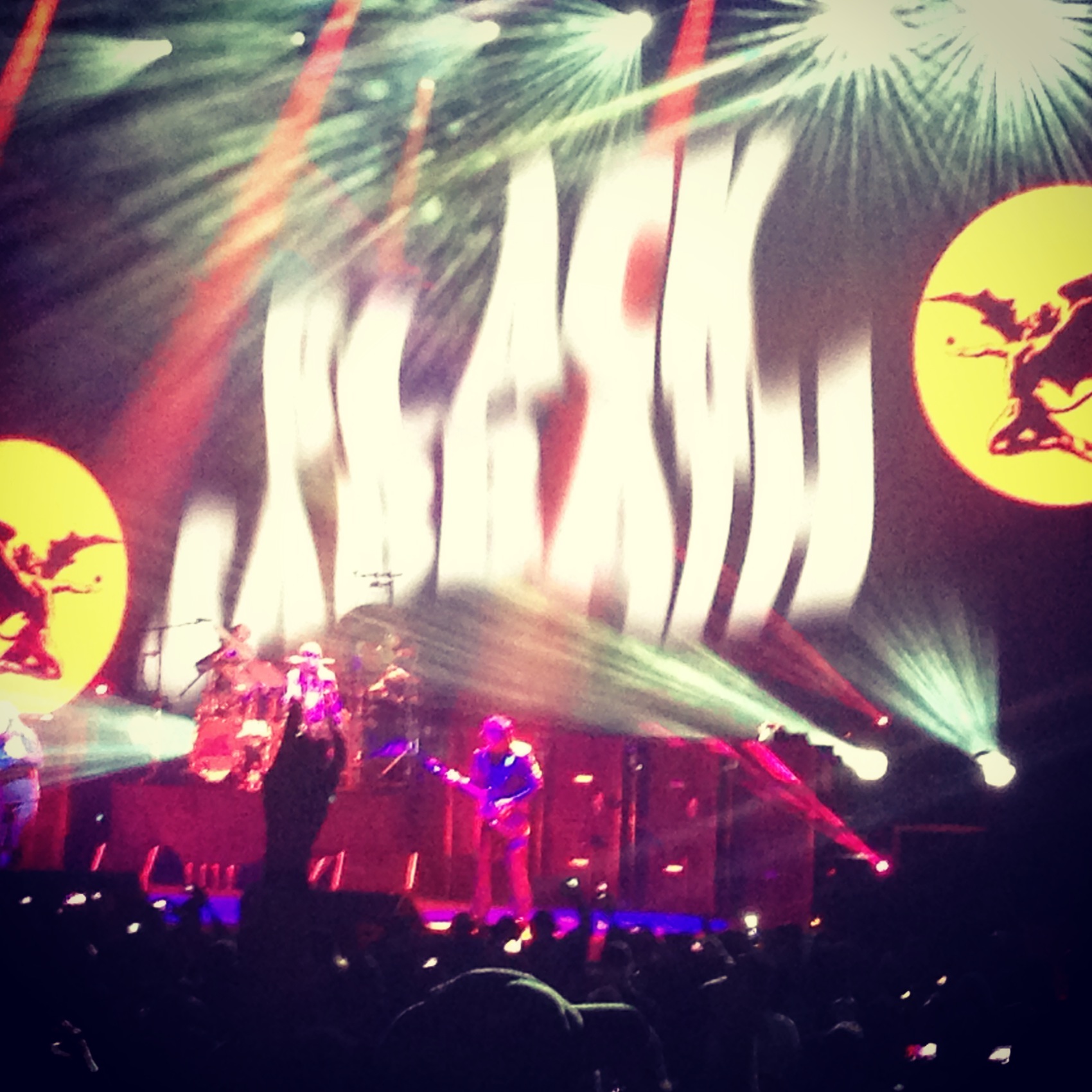 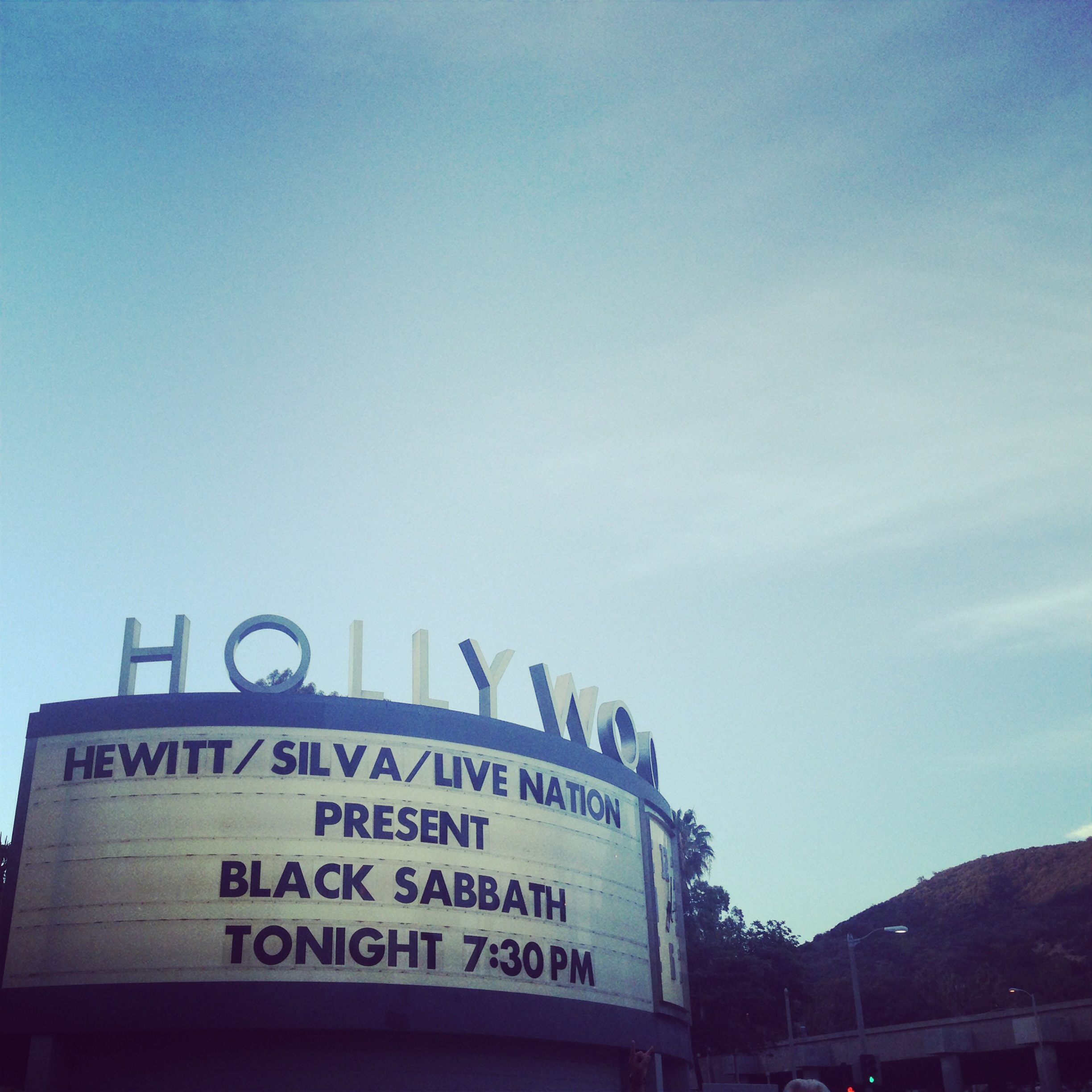 Well, it wasn’t the last time!

How could a band that is missing their original drummer and played the same set as last year not make me have buyer’s remorse from two very expensive tickets? 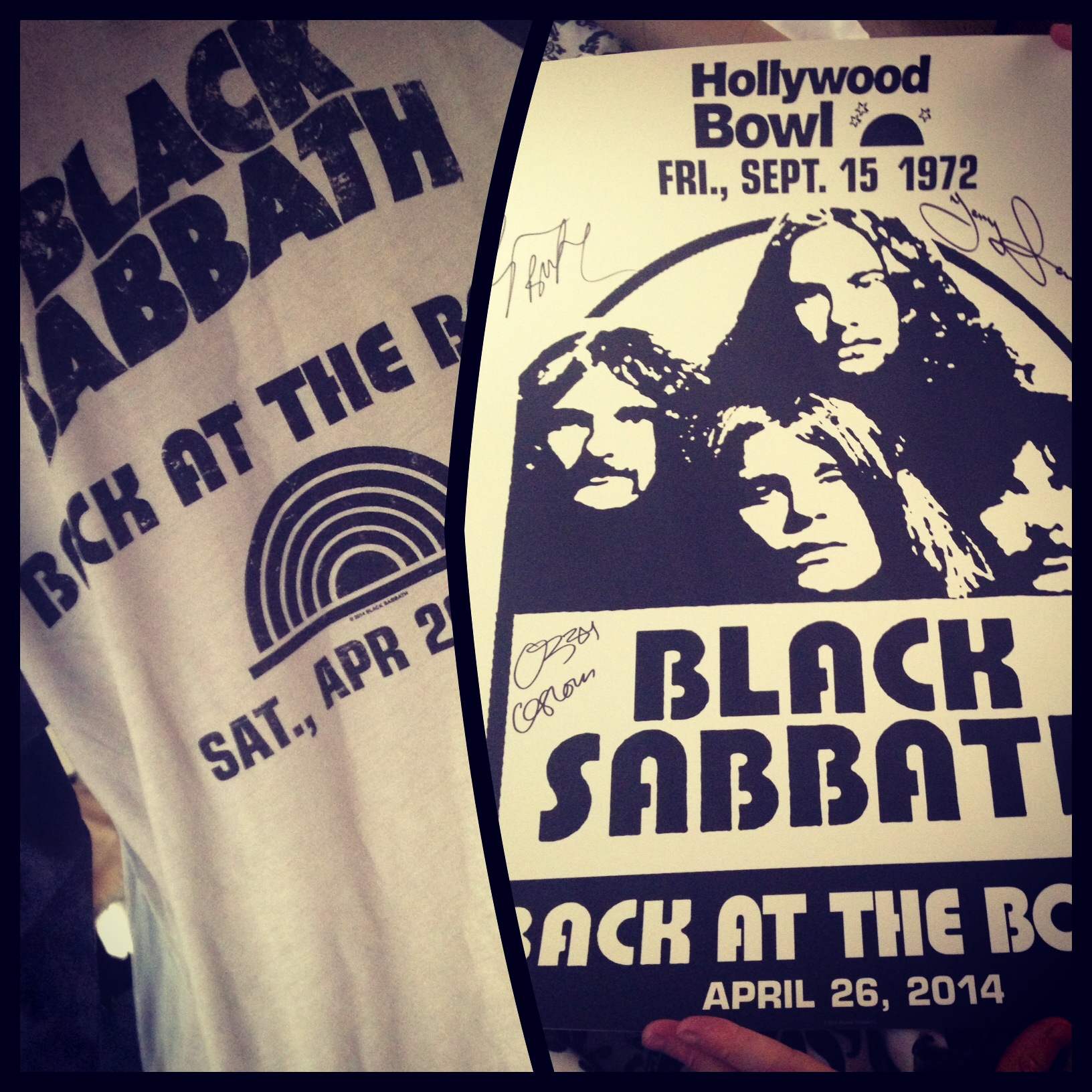 I’ve learned that, regardless of the hell experienced getting in and out of it, shows at the Hollywood Bowl are just BETTER. Once inside, I had a near meltdown as a poster signed by the three original members was taken off the merch wall and given to someone right as it was about to be my turn. JUST MY LUCK! But I ended up being able to snatch one of the last ones from the next merch tent, as well as a throwback long sleeved shirt. Both celebrated Black Sabbath’s return to the Bowl since their show in ’72. The band photo does include Bill Ward, an element that pissed off quite a few people, and in all honesty did make me raise an eyebrow. But, I can look past it, because that poster and shirt are AWESOME (Iommi touched it!!). 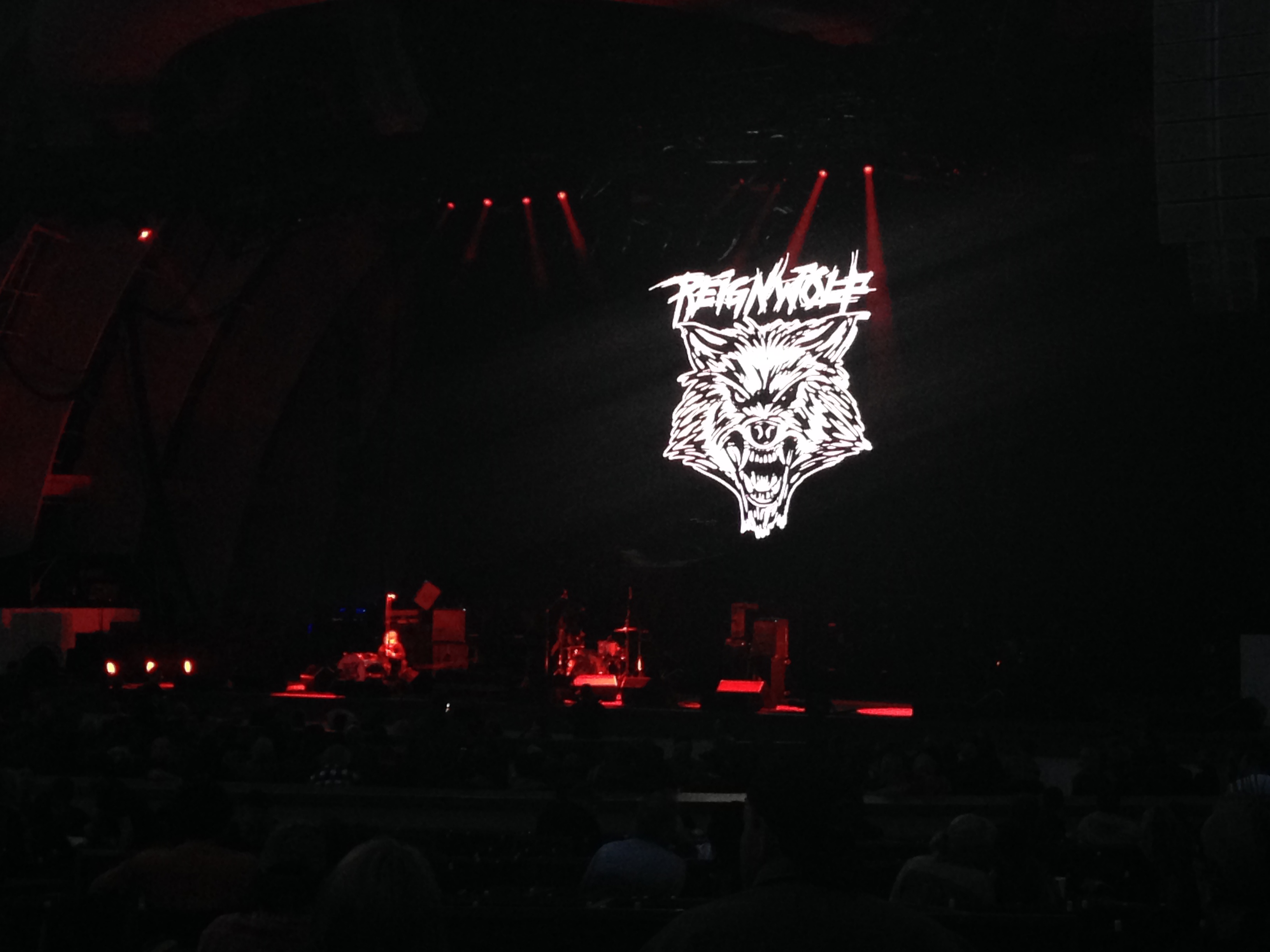 After getting a bottle of red wine served in a giant plastic cup and a “medium” caramel corn which came in a bucket as big as my head, we caught most of Reignwolf‘s set. I started hearing about him last summer, the new guitarist to watch. I was underwhelmed when I listened to the band on Spotify, but, as I expected, the live experience was much more engaging. My fiancÃ© immediately echoed what I had read before: he’s got a Hendrix meets Cobain DNA thing going on. His bluesy riffs, garage rock vibe, and wild moves in and out of the crowd and on top of the drums made this relatively unknown guy without a real record out opening for The Band make more sense.

Since the set wasn’t any different from last year’s show, I can only speak to how infinitely fun it was to have Those Riffs…those evil riffs….played amongst the Hollywood Hills. 20,000 people singing and rocking along on a cold (well, for LA) Saturday night made it easy to forget the drama, the industry BS, the over-analyzation of how shitty today is compared to the proverbial yesterday…it made it all not matter. We were hearing Black Sabbath the way it was meant to be heard. And the finale, with the loads of confetti and balloons and fireworks up above us? How could it be any more perfect? This was the kind of rock show where you could just get lost in the experience: star struck by the members on stage, wowed by the sound, amongst all these other fans, mouth agape at the spectacle, partying along…just generally having a good time.

So, if this time around it was indeed my last time to see Black Sabbath… we all did it right. 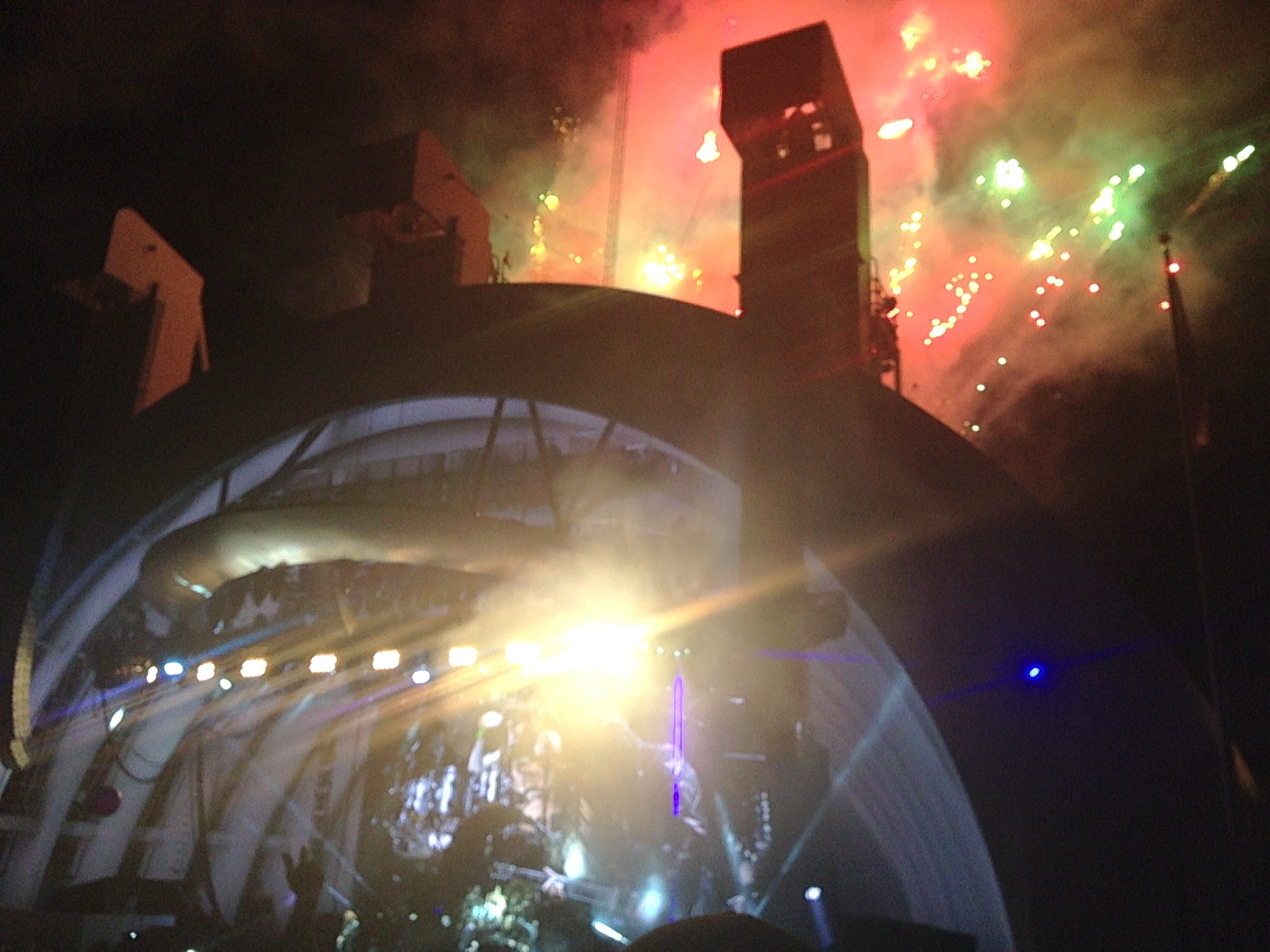 Author HardRockChick 0
I inadvertently added 3 hours to one of my least favorite days of the year by flying home from the NYC Alice in Chains...
Read More