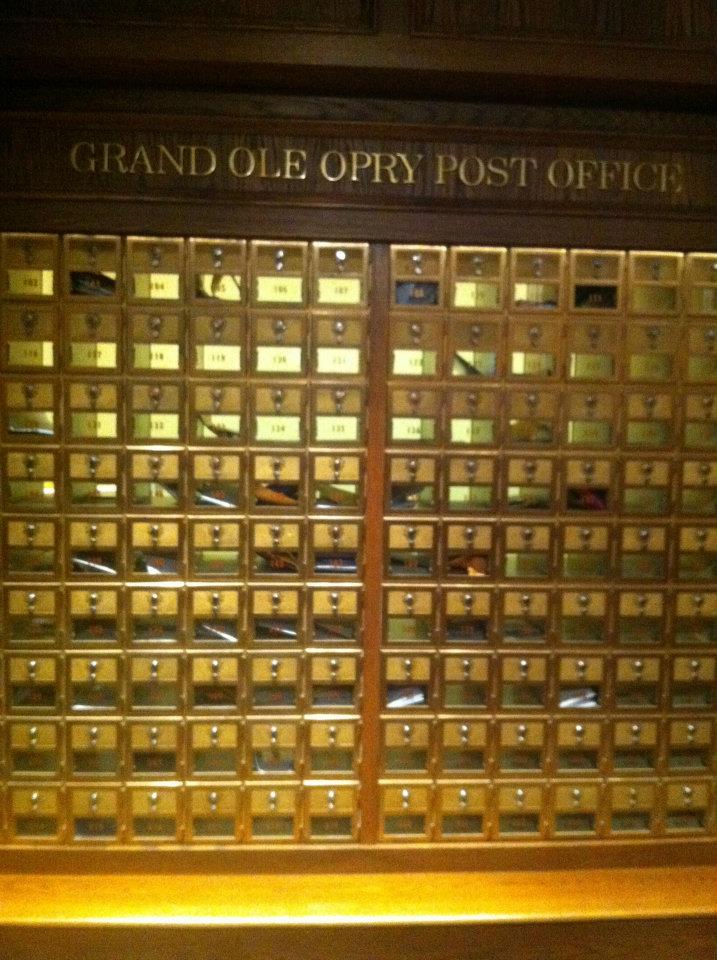 GRAMMY.com has a piece up that I wrote regarding my years of music-focused travel. Since it had to be edited down for length (I’ve been to a lot of places!), here are the places not covered there.

LA is arguably the center of the music universe. There is an overwhelming amount of must-doâ€™s for the music geek- but here are three lesser-known essentials.

Fender factory tour: About an hour from LA is the factory that makes many of the gadgets you see in musiciansâ€™ hands. The $10, 1-hour tour shows you from start to finish all of the work put into making a Fender guitar. And beyond that, there is a small museum and showroom attached to it that are worthwhile to visit as well.

Bonus: Guitar Centerâ€™s Rock Walk, on Rock Row in Hollywood, has itâ€™s own version of the Hollywood Stars- musicians handprints in itâ€™s entryway, as well as a small display of important guitars.

130 miles west of LA lays the land that has been a retreat and home to artists of all types for decades: Joshua Tree.

Bonus: Drive North a couple hours to the Palmdale/Lancaster area to see the Four Aces Hotel- used in Lenny Kravitzâ€™s â€œAmerican Womanâ€ video and Rob Zombieâ€™s â€œHouse of a Thousand Corpsesâ€, and the â€˜Kill Billâ€™ church, which can also be seen in the Britney Spearsâ€™ movie â€œCrossroadsâ€.

KISS Mini Golf: KISS is world famous for not only being, well, KISS, but also for putting their brand on EVERYTHING. Just off the Strip, escape the heat to a blacklit mini golf course with a beer and an animatronic KISS band playing while you putt a ball onto Gene Simmonsâ€™ tongue.

Hard Rock Hotel & Casino Memorabilia: Between seeing a show at The Joint, eating, gambling, drinking, and laying out by the pool, you can spend hours walking around looking at the incredible collection of rock memorabilia. My favorite is the wall of musician- owned black leather motorcycle jackets. This amazing experience definitely beats staying home and playing online roulette at Easy Mobile Casino.

Golden Steer Restaurant: Las Vegasâ€™ golden years belong to the Rat Pack and Elvis. Many of the landmarks from that era are long gone, but in the shadow of The Strip, you can get a steak at this classic establishment… and sit in the Frank Sinatra or Elvis booths in classic style. They used to eat here and so can you.

Bonus: Intersection of Koval and Flamingo: This is where Tupac was shot, ultimately leading to his untimely death.

Bonus: In San Franciscoâ€™s North Beach, there is a medallion dedicated to Metallicaâ€™s late bassist, Cliff Burton, on the sidewalk at Grant, Columbus, and Broadway.

Kurt Cobain bench: Nirvana fans make pilgrimages to Viretta Park, which is across the street from Kurt Cobainâ€™s former home, where he was found dead. Memorial messages of fandom are scribbled on the parkâ€™s wooden benches.

Crocodile CafÃ©: The Croc was a key intimate venue during the Seattle Sound era. Nirvana played an infamous show there as a secret opening act, booked as Pen Cap Chew. They didnâ€™t play any hits, and this was at the beginning of their superstardom. It is now co-owned by Alice in Chainsâ€™ Sean Kinney.

Bonus: Singles apartment complex: The fountain may be gone, but on East Thomas Street in the Capitol Hill area is the apartment complex that served as the centerpiece of one of the best music films of all time, Singles, which featured musicians such as Chris Cornell, Eddie Vedder, and Jeff Ahmet, as well as almost every other Seattle Sound band, except Nirvana.

Continental Club: Itâ€™s rare to find places anymore where you can walk in any night of the week and are guaranteed to enjoy the band playing. Somewhere between a honky tonk and a rock & roll bar, the Continental Clubâ€™s small stage, dance floor, and stiff drinks make it a must-experience nestled in the iconic South Congress corridor.

Bonus: About an hour and a half southwest of Austin is the â€œtownâ€ of Luckenbach- a beer joint/dance hall made famous by the Waylon Jennings song.

Nestled against the iconic Mississippi River, Memphis is a small town with a large rock history.

Grand Ole Opry: Take a fantastic tour of the building that is hugely iconic to country music. See where Opry members get their mail, where the flood line went to that caused for a massive reconstruction, and stand on the stage.

Bonus: An hour south of Nashville, every whisky-drinkinâ€™ rock â€˜nâ€™ roller should visit the Jack Danielâ€™s Distillery. Itâ€™s a dry county and you canâ€™t drink it there, but the stellar tour will make you appreciate that iconic bottle more.

Fantoft Stave Church (Bergen): A beautiful 8 hour train ride away from Oslo is the rainy, cold town of Bergen. And a little ways outside of Bergen is the reconstructed Fantoft Stave Church. Beyond seeing a beautiful example of the iconic and indigenous stave church, you can stand there and think about Burzum main man Varg Vikernes burning it down in the name of Satan.

Bonus: Parkteatret Scene (Oslo) is a cool venue to see bands from all over the world. It used to be a cinema shortly after the turn of the century, up into the â€˜90s.

Bonus: Abbey Road: You know you want to instagram yourself where The Beatles walked across for that iconic album cover…. just be sure you watch for cars.

Author HardRockChick 0
I’ve always been a little obsessed with death. Be it horror films, serial killers, metal, or reality; the subject has always been a part...
Read More
My Musical Adventures

Author HardRockChick 2
I’m driving down I5 when The Beach Boy’s ‘California Girls’ comes on the radio. I pass a Californication billboard. It’s 80 degrees outside, but...
Read More