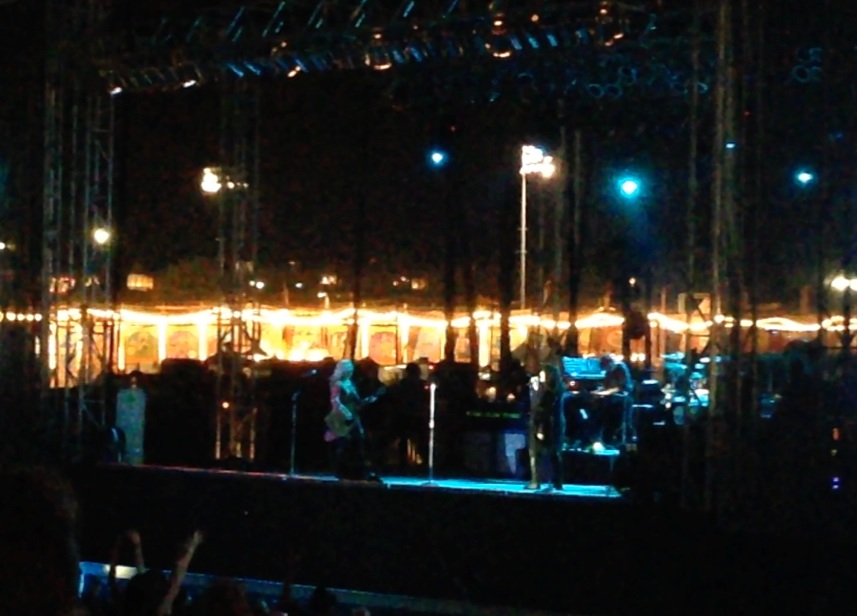 Hell is traffic going East on the 10 on a Friday at 5p. You’d think there was a tsunami coming and everyone was fleeing inland. A pit stop to pee at In N Out made it seem like it’s the only place on Earth left to grab a burger. It’s not that great and it’s never just in & out! And then, approaching our destination, you’d think everyone within 100 miles had decided to spend their Friday at the LA County Fair. Massive amounts of people rushed into the Pomona Fairplex, as neon lights, whirls, screams, and the scent of meat and oil and sweets filled the gradually darkening, cooling sky.

We were 30 minutes late, and “Magic Man” was winding down as we sat down in the boxes near the field where a stage had been wheeled onto a racetrack. After 3 hours of hell in the car, it only took a little bit for Heart to melt us down. The crowd was incredibly into it in this Frankensteined venue. Ann and Nancy Wilson sounded strong as ever, and they mesmerized as people flew by on zip lines off in the distance behind the stage.

By the time the set got to “Heaven”, I had completely forgotten about the rest of the day. A song I wasn’t sure I’d heard before, it was introduced as something they’ve never recorded and only play live. It really emphasized the Zeppelin influence in the band, with Nancy seated playing a guitar like a cello, set on a pillow, and Ann playing an autoharp; it had a mystical, yet positive vibe. I couldn’t believe I hadn’t heard it before! I found a video below.

As usual, part of the fun of a Heart concert is watching the crowd of mostly older folks get super into it and sing along. Most of my generation ignores Heart, which is a shame. They are so great! At first I found it kind of sad that they seem to primarily play these fair circuits, but it seems to be a great place for them! There is always a great crowd out to see them, and they always put on the best show. They’re a true rock ‘n’ roll band.

I enjoy their new Heart and Skull graphic, too… but it was too bad we could never locate a merch booth to buy something featuring it!

After finishing the main set, they came back out to do three Zeppelin tunes. Yes, I shed tears again during “The Rain Song”- I can’t help it! The day before, I had seen Led Zeppelin 2, and today, I was seeing She Zeppelin! They pull off Zeppelin songs better than anyone.

It was a genuine night, and afterwards we milled around the fair, running into a Beatles Tribute Band: 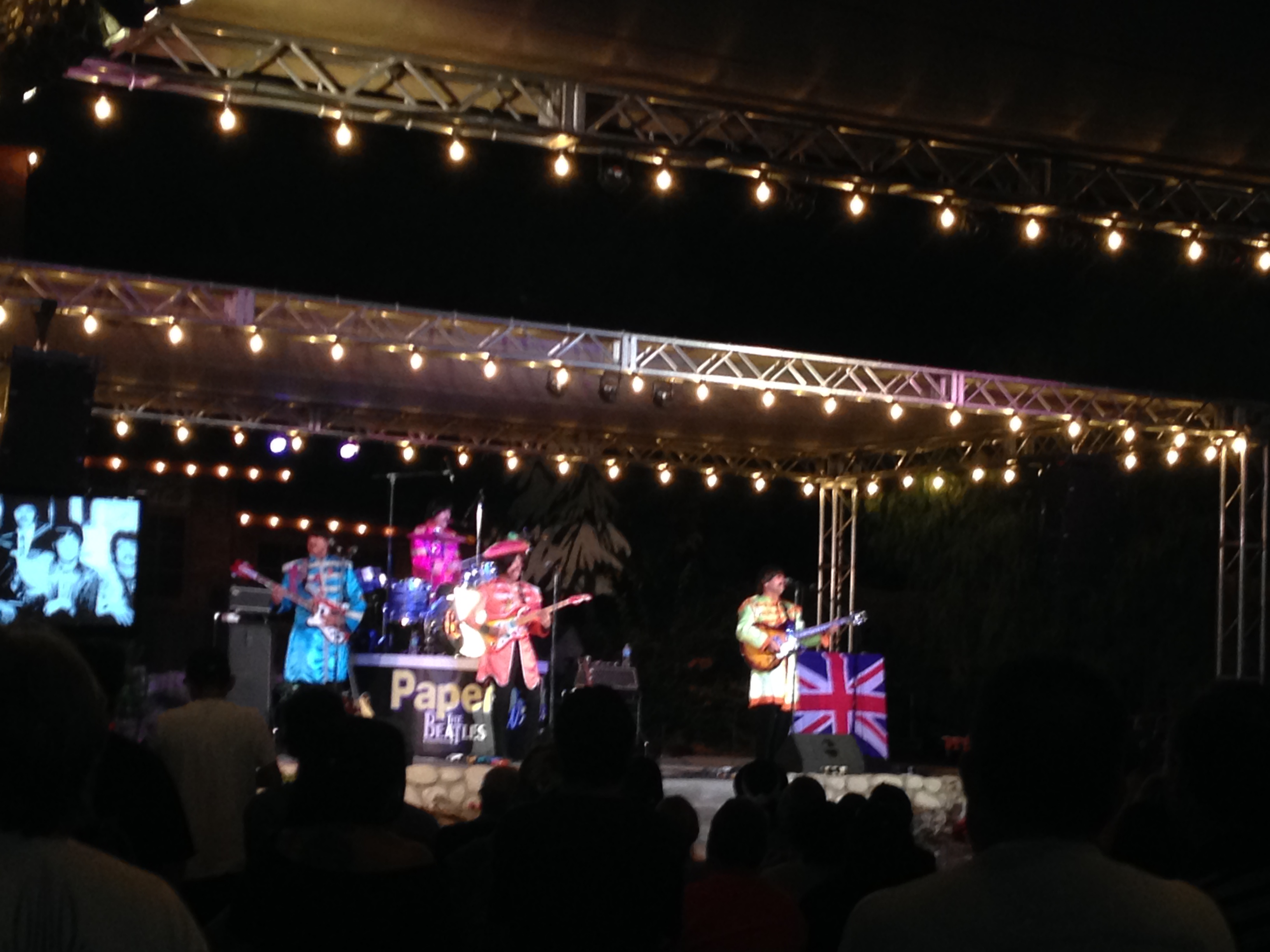 Then we ate something call ‘Hog Fries’. Cute: 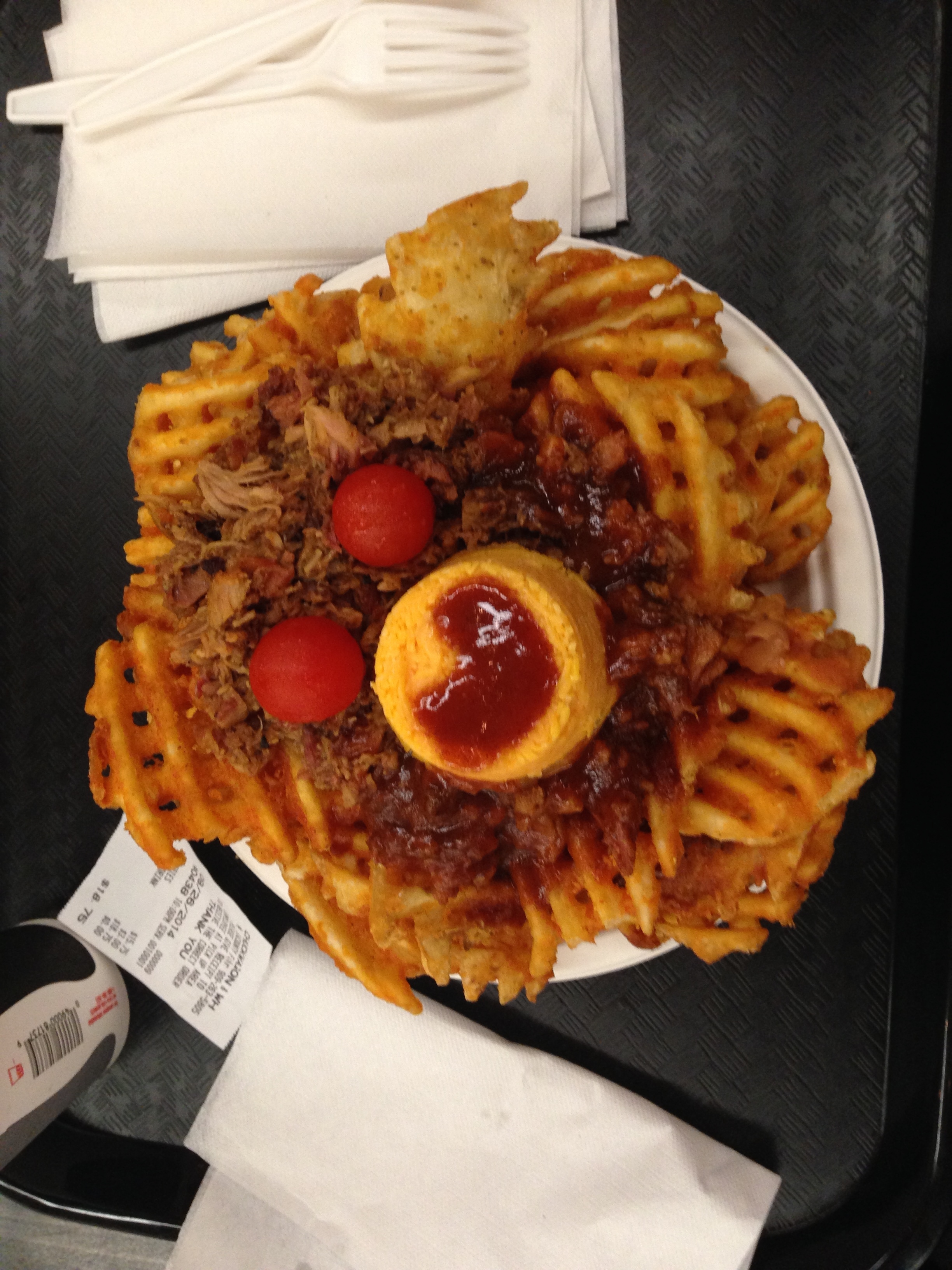 My first concerts were at Texas rodeos, and there’s something about nights like this that put me back in touch with my roots. Which is always a slice of heaven.

P.S. If there was an LD for this, they should be fired! It was the worst lighting I’ve seen at a show in a long time.