Hey everyone, a little update.

We just got back from Australia, and even though the flight/layover/flight/layover/flight(and that’s just one way!!) combination is enough to make you lose your mind forever, I gotta tell everyone in Australia, and everyone reading wherever you are, that we have never, or at least speaking for myself, I have never had more fun on a tour. We have never been on tour with so many friends at one time, and the combination of that fact, with amazing weather, unbelievable shows, and ridiculous random adventures made it two straight weeks of pure FACE(refer to a few blogs back if you don’t know what I’m talking about). We had ourselves, Poison The Well, Everytime I Die, NIN, and other random peeps like Unearth and Underoath and The Bloodhound Gang, just tons of people we’re friendly with, just acting a fool and causing a ruckus pretty much nonstop.

Two weeks. Total insanity. Bridge climbing, scuba diving, riding bikes across little islands populated with weird creatures, swimming in the Indian ocean, getting yelled at by hotel managers for jumping off of roofs into the pool, leaving a trail of absolute carnage across Australia on and offstage. We’ve got some good stuff on video between us and ETID that we’re gonna combine into a little joint video blog for everyone in the next few days, and if we don’t have it on video Keith from ETID and I are gonna try to fill in the blanks with some written tales. All that stuff’ll come up in a few days. For now though, to tide you over, I wanna put you up on a few things you should definitely check out.

First of all, in case you hadn’t heard, Ben and I guested with Nine Inch Nails on their song â€œWishâ€, in Adelaide, and you can check out the high definition video Rob from the Nails camp shot right the fuck HERE. If you can’t load that, HERE’S the same footage but in YouTube format.The next show, in Perth, Nails let us ALL come up and do the song again. There’s no HD up yet from that show, but here’s some CROWD FOOTAGE to whet your appetite. Thanks to NIN for letting us join forces with them for what probably looked like more people than there are in Earth Wind and Fire having a musical gay pride rally onstage.

Oh yeah, Billy Rymer kills it on the drum kit but apparently is allergic to 95% of the edible substances on the planet so he threw up/passed out/almost died about seven times during our trip. I don’t know whether that’s morbidly hilarious or horrifying or a bit of both but if this kid dies from a peanut or some mustard or what have you I’ll be a full believer in the DEP curse and never get onstage again.

Speaking of Billy I’m not sure how much of a proper introduction everyone’s had to him, but yeah this Billy kid brings a weird anxiety to our playing that we haven’t had in some time, really plays on top of the beat if that means anything to you music geeks, and its making our shows feel completely propelled by spastic destructive energy like they haven’t been in a while. A lot of people who’ve been around us a long time are saying this is the best we’ve been in years, which is crazy to hear but you’ll see for yourself if you haven’t yet. Billy boy’s getting ready to move in with Ben and they’re gonna do nothing but drink large amounts of caffeine and rip out the insanity from morning to night. There’s never really been a Dillinger house, its always been people getting to the practice space from different locations, writing in bedrooms, etc. Now we’re gonna do that whole live and breathe the new album thing from morning to night to try to create the ultimate DEP record or kill one another trying, we’ll post snippets of demos or some vids now and then to keep you all on your toes. We’re gonna paint all the walls black and have strobes on while we write and keep random deadly live animals in the house and set Spy VS Spy style traps for one another and shoot bottle rockets at each other inside and probably end up dead but you guys’ll have a killer record at the end of it all. It’s pretty much gonna be like that house in the Tom Hanks movie â€œThe Burbsâ€ mixed with Maniac Mansion except way weirder and waaaayyyy louder.

Back to limited shirts. Everything has gone out, you might not have Dead As History yet because they literally JUST went out, but you should be getting them within the next few days depending on where you live. Any questions about any other shirt or address change shit, go to our message board and check out the merch thread and all questions will be answered. We’ve gotten ten or so returns for people we can’t get in touch with, so we’re gonna post a list of names of that handful of people in that thread, so if you see your name get in touch with the thread boss guy and we’ll get you sorted out along with a signed CD. What shirts do we have left? We’ve done Bubblegum, Fix Yer Face, Dead As History, 82588
Red and Green, Particle, Milk Lizard, Party Smasher, and Horse Hunter. So we’ve got Lurch, Sick On Sunday, Wave, Nong Eye, and Mouth Of Ghosts left. Lets get this shit moving so we can be done by the time the new record comes out! We’re gonna throw everyone a bone since this shit’s been taking so long on our end, and we know the economy’s been sucking it pretty hard lately and pretty soon we’re gonna be using seashells for money. Here’s the next two shirts, Lurch and Sick On Sunday, together for the price of one. We’re gonna keep them up until March 15th. Ten days. That’s a pretty big window. If you miss out its your own damn fault. Check ’em out here then cruise back to the main page to pick ’em up. We’re also gonna be making these on softer thinner more fitted shirts from now on, like the Party Smasher design if you got that one, in an effort to keep the quality of these shirts higher than ones you get elsewhere, so you can look as devastatingly handsome/delicious as possible when you’re wearing them, so that people who don’t even know who we are will stop you and say â€œHey man where can I get that shirt?â€ and you can say â€œSuck it loser you can’t.â€. Anyhow, you get the picture. Here they are, Lurch and Sick On Sunday, for ten days only, for the price of one. You’re welcome.

Alright that’s enough for now I don’t want you all to explode.

Oh yeah! One more thing. Ben’s signed up for a Dillinger Twitter account, so since I talk at everyone on here he can fill you in on the day to day with the Twitter thing. It’s hooked up to our main page so you can check it out there, or if you wanna have Ben’s little updates sent to your phone, go to the front page and click on whatever you need to click on to figure it out, and you can get little updates from Ben W. himself while you’re doing anything.

Enjoy the videos and the new threads, thanks Australia, thanks to NIN and ETID/PTW/every other band we were rolling with on a daily basis, we’ll get the video blog up within a few days.

PS. Before I wrote this I had a dream I was drowning but had to throw my friend Chuck a bounce pass before I went underwater. I got the pass off but then drowned/died/woke up in a fast breathed panic before I could see if he made the shot. What the hell does that mean? Why was out of bounds a deadly black sea? Anybody? What’s the weirdest dream you guys have had lately? Cause I’ll probably be trying to figure that one out for a few days. 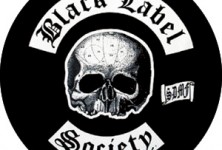 Take a break from work and play around with Musicovery.

Following up on my ode to guitarists earlier this week, please