I guess you could say that it’s somewhat poetic that the week of my return to San Francisco for the last time would be populated by shows from my most favorite bands.

However, all I wanted to do is crawl under the covers and sleep. And I don’t usually sleep more than 4 hours a night. But in my dreams, I am free…

It’s odd, how your whole mind repositions itself when faced with something like this. Not only has it made me feel very confident in the way I live my life- as an ‘experiences’ person over a ‘things’ person, and as someone who burns the candle at both ends doing as much as I can while I can- but it’s made me look at SF entirely differently.

As I drove towards The Fillmore, I saw the fog rolling in. It’s in the high 50s in late June….but that is so SF, and once I’m baking in the heat of Texas once again, I’ll miss it. As I ascended the stairs, I gazed fondly upon Tim, the greeter, as he welcomed me to The Fillmore for like the 50th time. I wanted to touch the apples, the pictures on the wall….I wanted to savor every second.

I think I had been in SF about a week when I went to my very first show, LCD Soundsystem at The Fillmore. No one seemed to know who they were yet- the place was fairly empty. But I was so excited to be at THE Fillmore. And I never stopped being excited about it. It’s a very special place.

There was no barrier tonight, so I walked right up to the stage, in front of my ‘usual’ spot, to where I knew Anton Newcombe would soon stand. I broke the news of my situation to a couple of friends, which never gets any easier.

Right on the dot at 9 o’clock, Federale sauntered on stage. Now, I had seen the name on the bill, but did not have time to do my usual pre-show research. But it did make me think of Willie Nelson’s ‘Pancho and Lefty‘, which, ironically, are the names of two of my mom’s cats. But when I saw these guys come out on stage in western clothing…spurs, cowboy hats, snap button western shirts, bolo ties….I kinda freaked out. It felt like….fully realizing I was moving back to Texas. 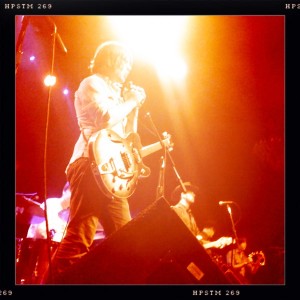 The music is nice….Sergio Leone western inspired almost to the point of sounding too derivative. But it was cool to watch each sound be created on stage- the whistles, the maracas, the melodica, the thing that sounds like a rattlesnake. But it was really all about that perfectly played horn for me. It’s very carefully composed music, but it was kind of a strange opener. But, there are members of BJM in the band, so therein lies to tie. 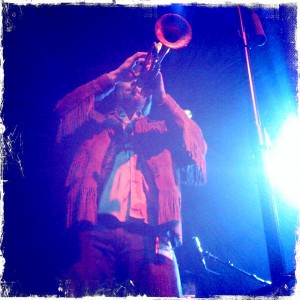 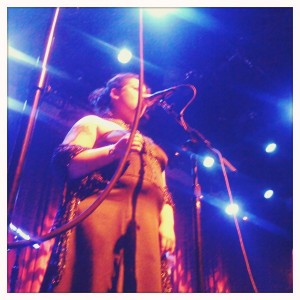 Before a BJM show, there is always speculation as to whether there will be any drama. However, I can tell you that as far as I know nowadays, the drama has transferred to the crowd. Anton is drinking Red Bull, but the crowd is wasted. WASTED. The girl to the side of me can’t even stand up straight and must be taken out before the band even begins. People are talking about waiting for their drugs to hit. Mid set, there’s a fist fight, and a multitude of crowd surfers. CROWD SURFERS. Why? 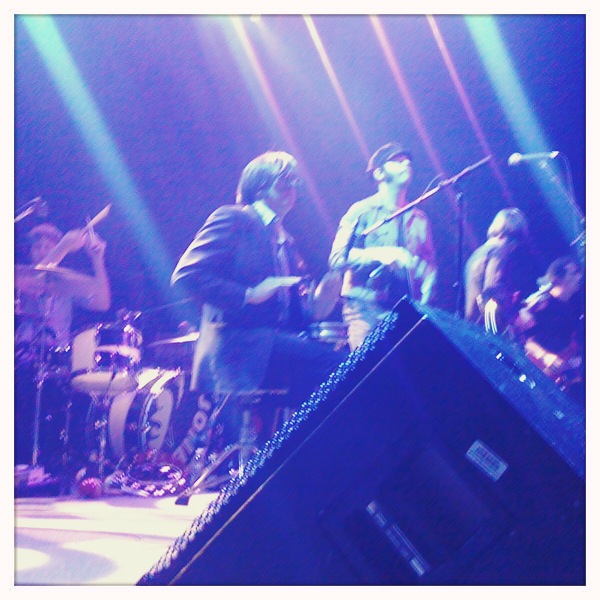 Brian Jonestown Massacre‘s music holds a special place in my heart. The band, like how I often feel, seems to have been made for another era. It’s the music I listen to when I want to feel peaceful, when I’m thinking about love. Which seemingly should have been an excellent fit for that evening. 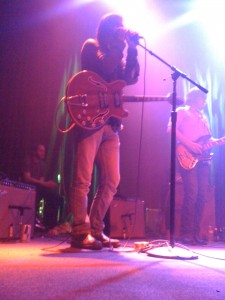 However, I quickly found out that it was potentially not right for me. Every 15 minutes a little bell goes off in my body that says ‘OMFGTHISISALLHAPPENINGTOME’. And the dreamlike way of their music did not drown that out. In fact, it made me choke back tears several times. But it was beautiful, and all the players in the band were in perfect form. 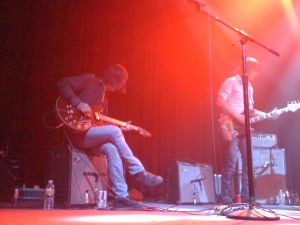 The highlight for me was definitely ‘Anenome‘, which is one of my favorite BJM songs. However, I was really hoping to hear ‘Open Heart Surgery’…everything about that song fits my life perfectly right now.

Anton seemed almost embarrassed by the guy behind me that kept yelling his praises, along with Matt Hollywood’s. He ended up shushing him, in fact. The only time he showed any sign of being upset was when a tech fiddled with Hollywood’s amp without being instructed to. 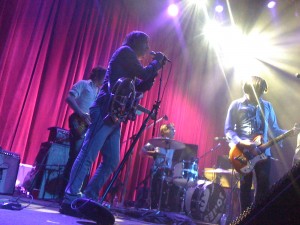 The mellow set spanned over 2 hours with little breaks between songs. Upon exit, we were given what would be my last free Fillmore poster. Such a treasure, that gesture.