I’ve been going nonstop for a month. While I’m trying my hardest to enjoy every minute, I can tell that I’m starting to wear down. On top of the hours I put in at shows, I spend an average of 3 hours writing about each one. That’s a lot of time for a hobby.

I love it, but I’m tired. However, the minute I stop, I start to think about my reality, and I don’t like that…not one bit.

So I keep going.

I’m driving to Austin for the sixth time in seven days. I can do it in my sleep and almost do. My car tells me it’s out of gas, and I feel it’s pain.

The weather is marvelous, and I meet a girlfriend for a lovely organic brunch, before running into the festival to catch OFF! This is currently one of those buzz bands that everyone is telling me about….Keith Morris from Circle Jerks, Dmitri Coats from Burning Brides. But they have an early slot on Sunday….so the crowd is a bit subdued. I’m standing next to Valient Thorr when they begin. Morris makes me feel sad when I look at him….he’s one of those people who wears pain on his face. They are exactly as you would expect- angry and energetic. Many of the songs are so short they’re over before I can even get into them. Over the two main days of the festival, I consumed more live punk music than I think I ever have. It’s a scene that I appreciate but will always be an outsider with. The first music movement I ever got swept up into was grunge…and it wasn’t until much later, after years of thinking that punk music wasn’t for me, that I started to understand that grunge was in fact very punk influenced. 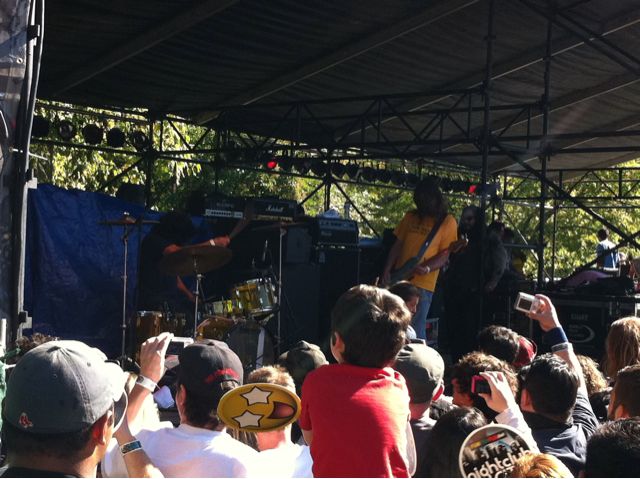 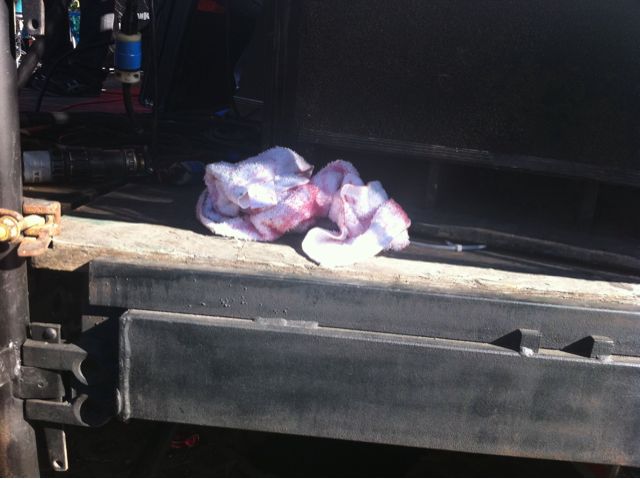 Kylesa was next, and I liked them much better than the first time I saw them over a year ago. The dual drums sounded better this time around. They played a great set to a crowd who mostly seemed to have no idea who they are….which is what festivals are all about to me….finding new fans. I really enjoyed watching the bassist, who swings it around and places it on top of his head to add a bit of showiness to the otherwise somewhat stoic band. 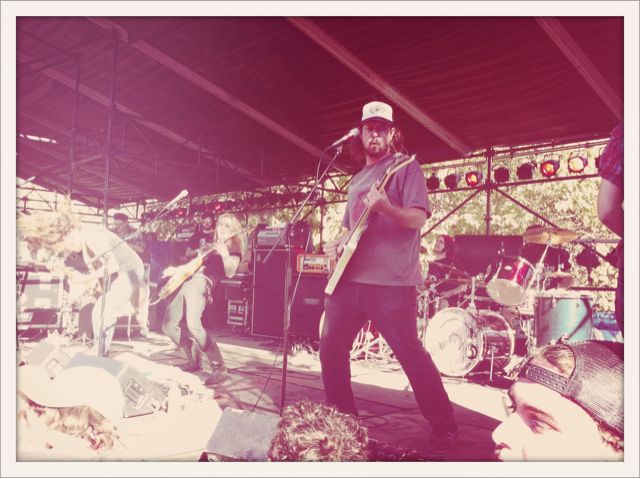 I decided to take a break and sit backstage for a while to write. The backstage area at this festival pretty sizable, and I found a perch near the media tent and began typing away. This garnered a lot of strange looks from passersby…I think I was the only one back there working. But I was enjoying a giant can of beer while I was doing it.

Back to the rock stage, I settled in to see High on Fire. I realized that this would be my 6th time seeing them, and every time they’ve been opening for Mastodon. The band played a great set, and the crowd was really into it. Seeing Matt Pike again still reinforced that I much prefer him in Sleep. Their set was obscenely loud – as it should be – but even my earplugs couldn’t save me from having ringing ears after the set. 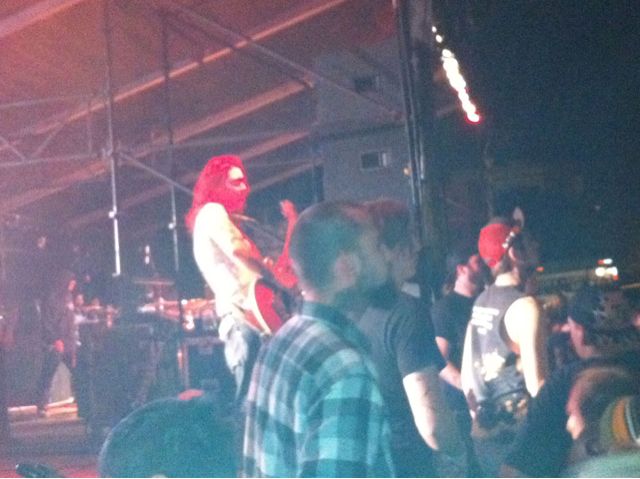 I stayed put for Mastodon and watched Suicidal Tendencies from afar. I know people love ST, but I’ve never really bought into it. The stage was completely packed with onlookers from other bands who looked super excited. I thought it was really cute to watch Bill from Mastodon film some of the set with his blackberry. 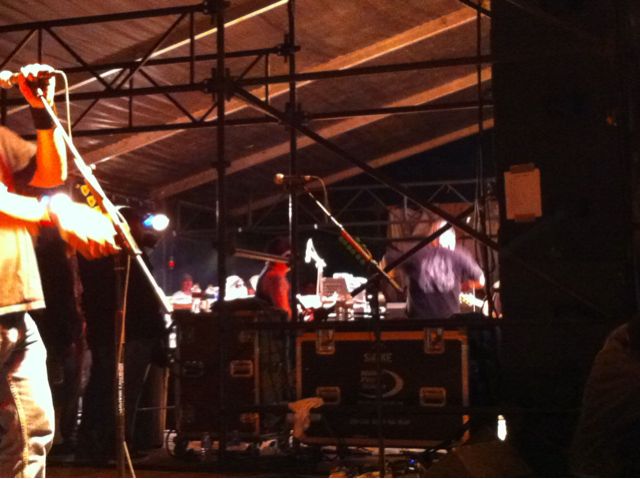 I know people think it was silly of me to decide to watch Mastodon again instead of going to see The Descendents reunion set. But I’ve never been into The Descendents, and right now I need my music more than anything. Mastodon’s music means a lot to me. I’ve been having a really tough time lately…the whole ‘pretending my mom’s on vacation’ thing is starting to wear off, I miss having a place of my own, I’m tired of being so unlucky in love…I’m fragile. So I decided to go with the familiar, and I’m so glad I did, because it was my favorite Mastodon set I’ve ever seen. I saw their last show about a month ago, and you could tell they’ve had a month off- they looked fresh. You could also tell this was their last show for a while. It didn’t start off well- the sound was weird and Brann (who was wearing a Hello Kitty t-shirt) seemed to be playing a bit ahead of everyone else. But then it all came together, and the energy was immense. The setlist was outstanding, and they connected with the crowd like never before. It felt magical, cathartic…I buzzed about it all night long, barely sleeping as I crashed on my friend’s couch for a few hours before heading to the airport. The riffs rolled around in my head as I thought about what this next LA trip would mean for my life.

Going to some concert? Check out whether they use services of Fire Watch Guard Company. 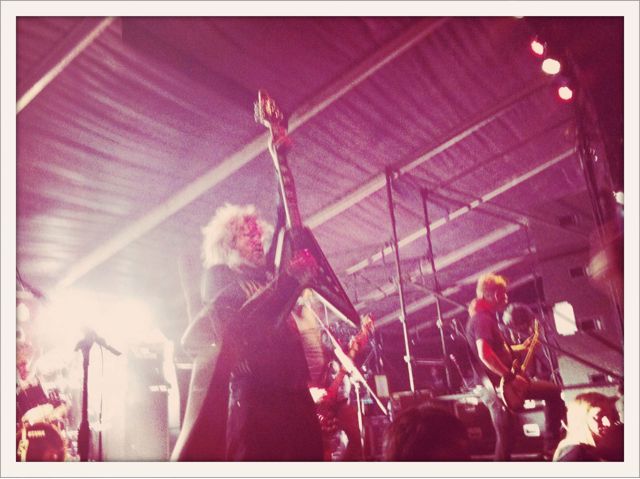